Music. What are you listening to right now?

I was listening to Oasis' album Be Here Now this morning, I love me a bit of magic pie

This is another album track, and fun fact Johnny Depp is playing guitar:

I was 11 years old when this was made.

I was 9 years old when this was made.

I've been enjoying the new song from Florence + The Machine recently:

My French is pretty rusty, but I managed to get the gist of the meaning before I looked it up. She has a lovely voice

Becky said:
... but I managed to get the gist of the meaning before I looked it up.
Click to expand...


His French is rather... interesting — below, he describes himself as "English [speaking] Canadian [Quebecer], the minority". From 1976, the other guest is Charles Trenet.

Watched a TV prog last night about David Bowie and it reminded me just how different and talented he was.

Always liked this one and I think it was his first major hit (after Space Oddity).

Smokie & Suzie Quatro? My goodness, the seventies have a lot to answer for

Currently reading a book all about British folk music though 'folk' is a very loose genre marker and it covers Vaughn Williams who was very influential in shaping British music. He was good mates with Gustav Holst, the 'Planets' fella. Book title is Electric Eden - Unearthing Britain's Visionary Music by Rob Young.

When David Bowie found that Lady Stardust had given him some sort of fame he decided he needed a bigger touring van so he bought a new bigger one. My mate Roy bought his old van, an orange Bedford which was the same shape and size as a Ford Transit. It had messages written just inside the rear doors such as 'We Love you David'.

The van ended up in a breakers yard in Lewisham if I recall correctly.

Took a trip to Oxford Street HMV yesterday and bought Pink Floyd's 'Pulse'. Original vinyl copies of this had been selling for £500 so I was pleased to see it reissued on vinyl. It's very good quality and the bass is quite stupendous.

I was at one of these concerts in Londons' Earls Court in 1994 so this music means a lot to me (not the one where a section of seating collapsed though).

I was going to say I now have the whole set of Pink Floyd official live and studio releases on vinyl but that's not strictly true as I don't own 'The Final Cut' which was their last LP. Why not? Because in my opinion it's a miserable dirge, that's why not. It was largely a Roger Waters solo LP and at that time Waters was busy splitting the band. I just cannot listen to it without wanting to cut my wrists. 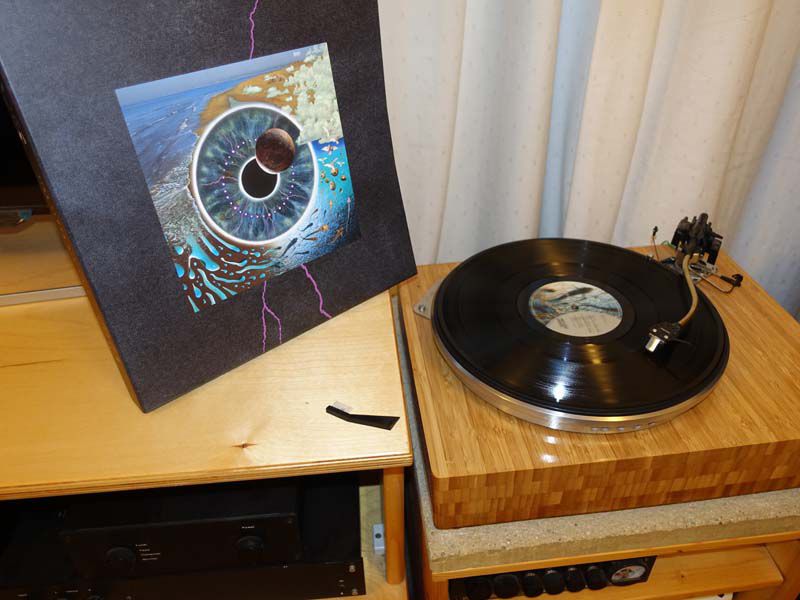 And here's an excerpt from the Pulse film: