In this gamer's humble opinion, gaming is still being held back by the various input devices we are consistently restricted to. Things have evolved in recent times, from the waggle of the joystick, through the d-pad, and now with twin analogue sticks, but we are still basically at the same level of interaction with our on-screen avatars as we have been for decades. This generation of console gaming (which we are rapidly approaching the end of) has none-the-less introduced some new features. Sony's Eyetoy (which doubles as a webcam on your PC if you grab the right software) proved that interaction using your own body is not as far into the future as we have always presumed, and Nintendo's DVD remote-style input devices for the Revolution seems to have innumerable possibilities.

But until something brand new completely turns gaming on its head once more, the joypad still exists as the main gaming control device of choice. Unfortunately for PC gamers however, top quality gamepads are few and far between. Never have we seen a pad to rival the Xbox Controller S, or the PS2 Duel Shock Controller. But those old timers of the console third party scene Joytech have seen fit to make their first intrepid steps into the PC market, with the Neo S PC Gamepad, which looks startlingly similar to Joytech's Xbox third party efforts. 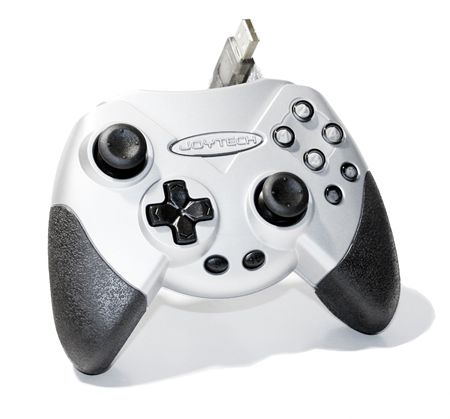 The biggest selling point behind the Neo S is the ability to map your keyboard and mouse controls directly to the gamepad via the packaged Config Pro software. With this in mind, virtually every PC title imaginable is opened up for control pad use, not merely restricted to the more action orientated titles. How much people really want to play Black and White 2 with a pad remains to be seen, but it is a nice choice to be able to have.

Other than that, you are looking at what at first appears to be a discoloured Xbox control pad. Offering two analogue sticks, a d-pad, and 8 buttons on the face of the controller, and two squeezable triggers at the top, you have a tried and tested design. The rubber grips towards the bottom of the pad do help grip, especially when the action onscreen gets to so hectic as to cause a little perspiration in the hand department. There is no chance of the pad slipping out of your grasp thanks to this rubber based addition.

The Cable provided is a 2 meter long gold USB connection, allowing you to keep plenty of distance between yourself and the monitor to save your eyesight, plus more than enough if you are keeping the pad plugged in around the back of your base unit.

For starters, the twin analogue sticks feel nigh on perfect, with just the right amount of give to some true feedback, especially in action games which really require analogue control. The d-pad feels a tad spongy, though use of this particular attribute will for the most time be confined to selecting options in the game, rather than hectic in-game use. As for the 8 face buttons, in comparison to the official Xbox pad, the buttons seem to press in, and ‘click’ just that fraction longer on the Neo S, and therefore can feel a little clunky and unresponsive at first. However, extensive use showed no long term problems.

The ergonomic design and rubber grips help make for a most comfortable pad. However, problems may very well occur with those of well endowed in the hand department. This reviewers admittedly smaller hand-span fitted nigh on perfectly, but those on you who stretch gloves just that little bit further could find the Neo S uncomfortable to use for extended periods of time.

Having used the pad across a whole spectrum of games, I can quite honestly say that no action game pushed the Neo S too far. The Pro Evolution Soccer 5 demo in particular proved to play absolutely wonderfully with the pad, with set up an absolute breeze in game.

The simple fact is, I am yet to utilise a PC gamepad that feels as delightful to use at this offering from Joytech. Perhaps it is the similarities it shares with the Xbox Controller S (which stands as one of the very best console control pads of all time) but right from the start, the overall feel of the pad, the comfort value, the number of buttons and ease of use is second to none. Installing is a breeze, and configuring controls for each game is a cinch thanks to the intuitive included software. Considering all that the Joytech Neo S pad has to offer, and the low price point, it’s a must for those who like a bit of PC game action. As long as you play something other than Real-Time Strategy and First Person Shooters of course. 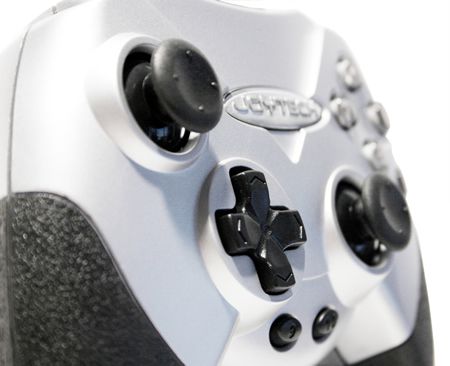 ​
The biggest praise that could be levelled at the pad is the simple fact that it has forced those little converters for using console pads on your PC back into their packaging and into the closet, never to be seen again.​