Command and Conquer - The First Decade


Sublime games are plentiful. Push past the move licensed titles, the generic action title starring a buxom blonde, or a toned Aryan gentleman, and there’s a wealth of gaming delights to be discovered. But equally as impressive series are all the more rare. Sure there are a few dotted around each genre, the Football Manager, Civilization, and Age of Empires titles for example, but how often has a promising start ended with a sequel that severely lets down what the original promised us? But with the Command and Conquer series, EA seemed to only improve as time progressed. 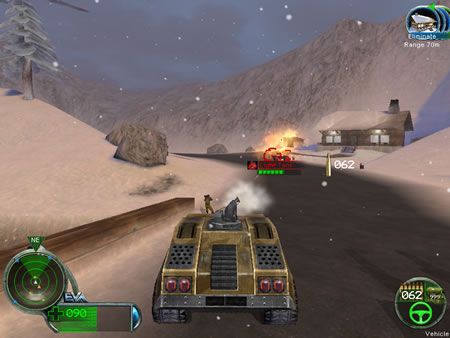 It was way back in 1995 that we first bore witness to this sublime Real time strategy series. Seeing thinks from a vantage point high above the game map, you built up your base, and created units as you saw fit, all the time keeping an eye out for those sneaky opponents of yours. In fact, the first title brought the odd concept of being able to play through a story mode from both sides. Giving you control over both the GDI forces (the goodies) and the NOD units (the bad guys).

Unfortunately for the first titles at least, time most certainly has not been kind. Aesthetically thinks look an age behind what we expect nowadays, even generations behind the likes of the latter C&C games. Thankfully those good old story sequences played between missions by ‘professional actors’ remain fully intact however, which no matter how many times you witness them, they never grow old. 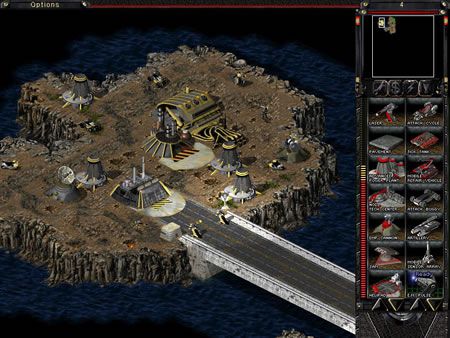 Instead of bogging you down in reams of stats and various other figures as was the trend at that time, the Command and Conquer ethic was to offer pure unbridled fun. Though ore needed to be mined in order for units and buildings to be created, it was always plentiful, allowing you to obtain a mass of units in double quick time. Though this little fact did bring the tradition of ‘tank rushes’ to the forefront of our minds. In multiplayer action in particular, it was relatively easy to quickly knock up a mass of units as quickly as possible, and simply overcome your opponent simply by how quick your fingers were at clicking to create the next unit.

Speaking of the multiplayer action, unfortunately for those who wanted to play the first handful of titles online, actually taking them online and setting up battles proves to be a difficult prospect. Attempting to go online with the game and you’re prodded in the direction of the Westwood Chat, a client that was set up back in the early days to let players communicate and set up matches. However, this software isn’t included on the disc, and it’ll take a fair bit of searching on the net to find the correct procedure in order to take these games online. Although the latter games are far more enjoyable online, the omission does smack of a lack of thought being put into the fact that many fans will be eager to re-live their early days of multiplayer action with the series too. 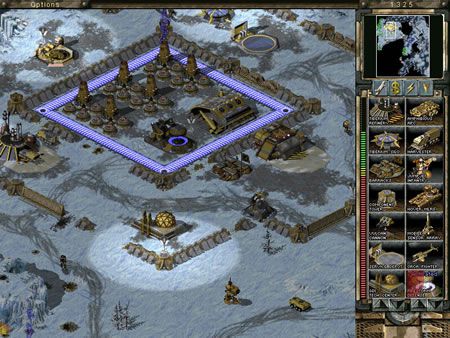 Of course, there is one turkey in particular held within this package, namely Command and Conquer Renegade, the series ill-fated transition into an FPS. Released after Tiberian Sun, a game widely criticised for introducing an isometric viewpoint to the games, when true 3D was expected (something which wasn’t given until Command and Conquer Generals many years later), Renegade proved that a foray into FPS territory wasn’t going to be a plus point for the series. Although the game was ridiculously heavily criticised at the time of release back in 2002 (at the time, it was a solid if not spectacular shooter) its appearance here only goes to show that RTS is the way the series should stay. Enemy AI is poor, the graphics drab and lifeless, and it simply doesn’t hold that same magical gameplay that the series is famed for.


But enough about the games themselves - is this package really worth shelling out for if you already own the best of what’s on offer here? Well, if that old PC has been long gone, and you’re struggling to install the old classics on Windows XP, then this is a great way to relive the old days. However, if you do happen to own the likes of Red Alert 2 and Generals, then it’s difficult to recommend this collection too readily. Those incredibly atmospheric installation sequences that came with the original titles have been replaced by your more traditional setting up procedure, and in turn, loses a little of that excitement factor you couldn’t help but find swelling up inside you as you witnessed those installation sequences of old. Even the bonus DVD, featuring interviews and tribute videos feels too much like a late addition, rather than something put together by true fans of the series. 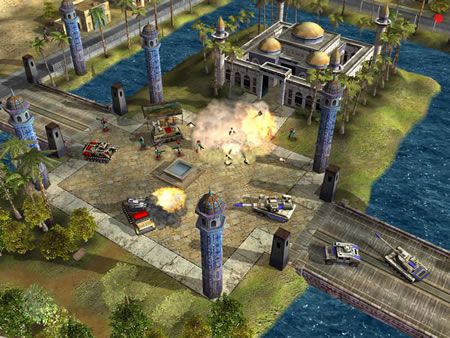 Ultimately, Command and Conquer: The First Decade offers up an incredible collection of some of the most addictive, and damn well fantastic real-time strategy games ever seen. If you loved the games back when they originally appeared and what to re-live those old times, then your going to get a lot of bang for your buck. Similarly, if you happened to miss the C&C titles, and you’re on the lookout for a good starting point to show off the genre’s merits, then snap up this delightful collection and get ready to become an addict.