While Ensemble Studio’s spin-off of the Age of Empires series, Age of Mythology, was a delightful change to the somewhat realistic tones of their flagship series, I always craved a sequel to the original series, and a brand new title to sink my teeth into. The first two iterations, the second of which arrived over 6 years ago, were heralded as the new pinnacles of the genre, and went on to sell deservedly in copious amounts. But 6 years is a long time in the video game world. I mean, in just over half a decade we went from idyllic fast-paced 2D action with Sonic the Hedgehog, through to the ever adored Mario 64. And as such, you can’t help but feel that things have perhaps moved on, leaving this particular series lagging behind. 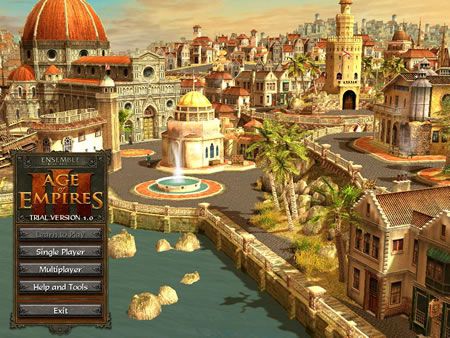 For the un-initiated, the Age of Empires series has been running since way back in those dot com days of the mid-nineties. Back when Britpop was at it’s finest as Oasis, Blur, and Radiohead competed for radio time. Strategy titles had been and gone of course, from the likes of M.U.L.E to Populous, but none seemed to grip like the original Age of Empires. Although essentially being a simplistic collect build and rush title, it sold in the millions, and achieved award after award.

And yet a decade later, we’re still presented with essentially the same gameplay mechanic. The in game time has changed, now encompassing the period of 1500-1800, but things are for the main bulk of the time, exactly the same as Age of Empires II. 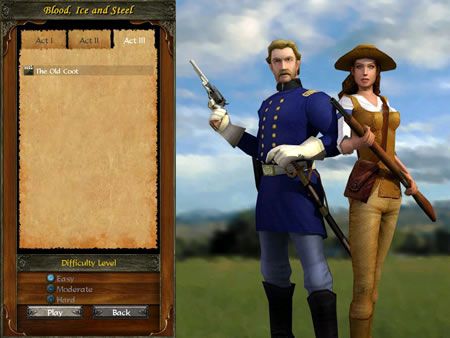 Some things have moved on of course, particular the graphics engine pushing everything along. If you happen to have access to a particularly meaty PC, then the visuals might not exactly blow you away, but certainly perform the job much more than merely adequately. The sea in particular looks most attractive, as boats rock realistically once cannons are fired, and ships break apart in large chunks. On land things aren’t quite as impressive, with large areas of basically ‘dead land’ that merely needs to be traversed rather than ogled. That isn’t to say a mass land based battle isn’t impressive of course. Smoke billows around the battlefield, and huge cannonballs send infantry sprawling here, there, and everywhere. Yet it isn’t until these huge hulking weapons, and mass battles make an appearance that the visuals really get going. During the many peaceful moments you’ll spend erecting buildings and gathering up wood, there’s a lack of activity that although is realistic, fails to impress the eye.

Which brings me neatly to my particular bone of contention in terms of the visual aspects of Age of Empires III. Although the game is particularly adept at keeping things to a level suitable to your particular PC’s capabilities, it still can’t hide the odd instances of slowdown that occur with alarming regularity. Perhaps it’s something to be fixed by a future patch, but it’s certainly off-putting when you’re in the throws of a huge battle with an online chum.

And battle you will. Be it single, or multiplayer, violence plays a large part in proceedings. Once a huge battle begins, your troops will automatically drop into formation, the relevant type of troops slotting in at their allotted spots. More realistic than before you’d assume. However, the fact that your collection of troops all move at the speed of the slowest unit means that swift cavalry charges are only possible if you happen to select them individually. But that’s not the only problem Age of Empires III suffers from in terms of the combat system. Since units appear particularly small on screen, in huge mass battles in particular, you can simply lose track of certain troops, and spend eons merely searching out the remnants of your early cavalry charge. Add that to the sometimes iffy frame-rate, and it’s easy for frustration to build as your online opponent only achieves victory thanks to a slightly quicker trigger finger. 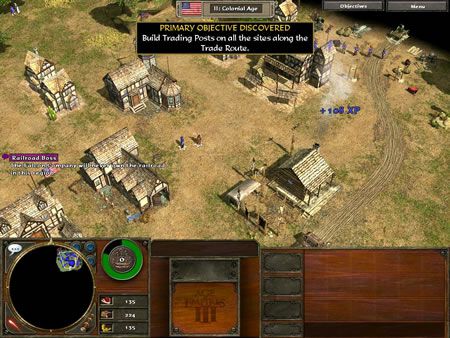 ​
The actual collecting of resources, and keeping your economics in check has become vastly simplified by the new feature of not making your slaves meander back to town to drop off their latest wood cuttings/food gatherings. A plus for most, but a little strategic play lost for others.

It’s the introduction of a ‘home city’ that turns out to be the biggest new feature. As you progress through the game, killing enemies, and blowing up their homesteads, you’ll achieve experience points which can then be spent on obtaining aid from your home city. Aid comes in many forms, from a set of fresh new army recruits, through to a swift economic boost. It’s a delightful introduction, and yet another touch of strategy added to Age of Empires already bloated bow. 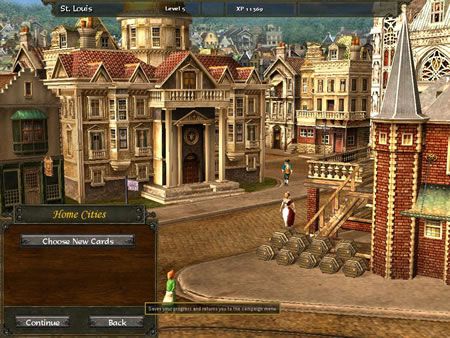 It’s difficult to simply encourage anyone to pass up on the opportunity to play Age of Empires III. The same addictive basis of gaming genius that’s made a series so loved still exists, and as such can on the one hand be considered a masterpiece. On the other, flaws are too numerous to take its place at the true pinnacle of modern day RTS title. It’s with a heavy heart that I unfortunately announce that the Age of Empires titles simply cant stand up to the modern day RTS design, and finds itself overly eager to hide its archaic gameplay formula. As long as you’re not expecting something fresh, and filled with brand new novel ideas that will take the genre to the next level, then you’ll adore Age of Empires III. Yet if you’ve come to expect a little more from your strategy based romps, you’ll be sorely disappointed.