Received this email today. Yes, I really like Diablo III Reaper Of Souls but Roblox? Wassat then? I have never played that game, I don't even know what it is.

And as I mentioned elsewhere, Microsoft touted some games as being playable on both the Xbox console and PC and Gears Of War 4 is one of those games. It worked initially on the PC as well as the console but then it stopped working on the PC. And I can't get it working again, no matter what I try.

So, all in all, I'm not too happy with Microsoft. Which is pretty much SNAFU come to think of it 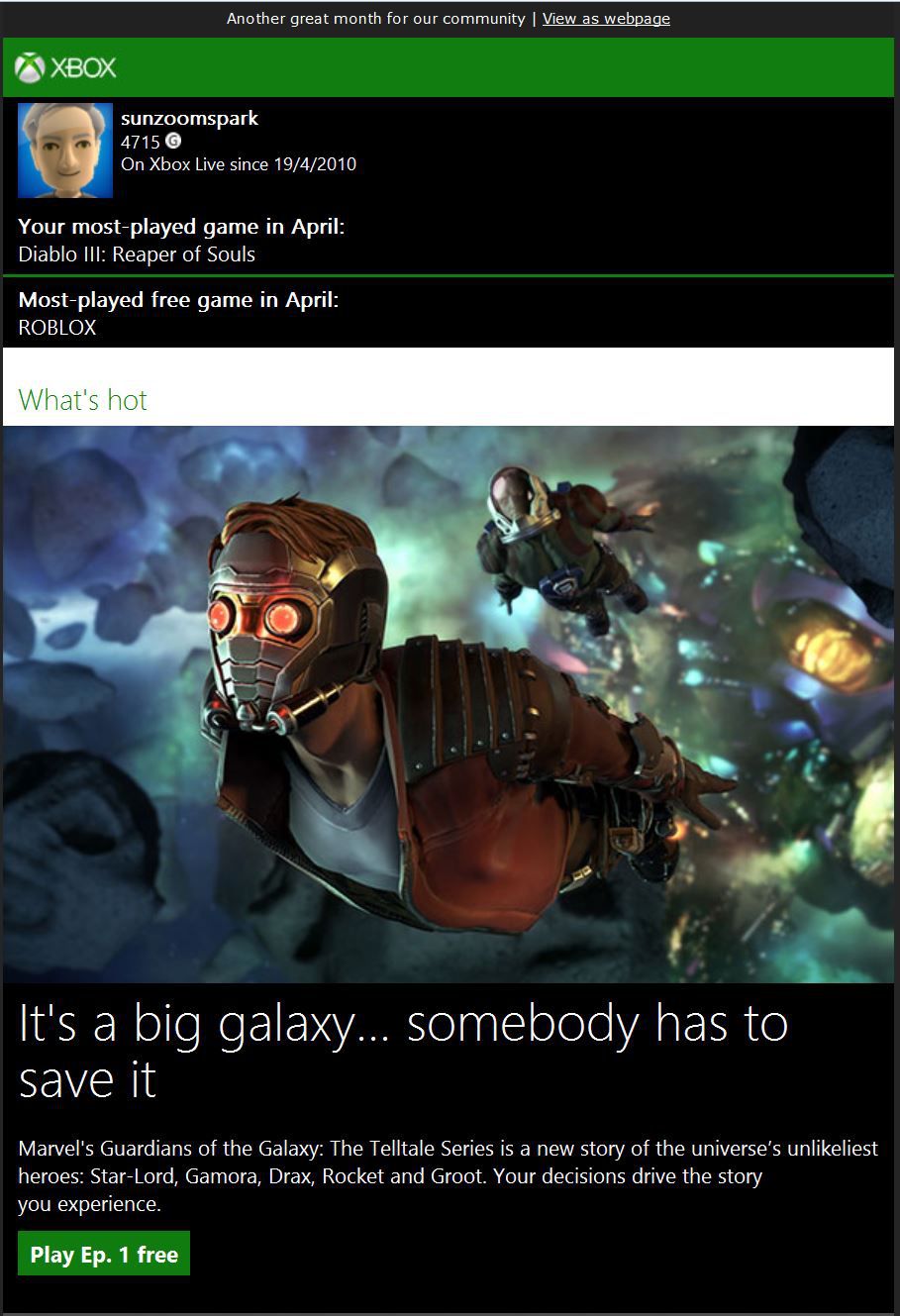 You sure you didn't try it? If so than I'd be making sure your account is secure, just to be on the safe side.

I definitely did not play Roblox, of that I'm sure. I do have several free games installed which I probably played some of in April.

How would I check any security issues?

If I wanted to change my email address with Xbox Live I would need a new one.
Ad

Go there and just make sure it's all good. You can see any logins etc. I'd also turn on 2 step auth if its not already on.