After much deliberation I finally bought me an Xbox One S console. The first batch of these consoles were released on August 2nd and sold out the same day. Of those early releases it’s reported about 50% had a noisy cooling fan fault and had to be returned.

But now they’re freely available and are even on sale in my local branch of Sainsburys. Only problem is, as far as I’m concerned, is that all bundles currently available come with a download code for FIFA 17 – standard edition currently costs £50 – and I don’t like football at all (I don’t even know how to really play football, no idea what ‘offside' is) so no use or interest to me.

I debated between getting a used Xbox console and the new ‘S’ version, I didn’t mind the original console’s external power supply at all and a used original could be had for £180 whereas an ‘S’ 500Gb version costs £250. An older version also came in black and the ‘S’ version only comes in white. I like black best, fits in with my hi fi system.

But the ‘S’ version is new, of course, and it has 4K resolution on some items and my monitor supports 4K. I don’t have a TV so I use a Philips 40” monitor for the Xbox One S and to watch DVD’s, Bluray Discs and video files.

To cut to the quick: I like it, glad I bought it, even though the Microsoft Skorpio console will be released in around a year, superceding the Xbox One consoles, I have no regrets for my purchase.

I currently have ten games:

And I retrieved these four online from my original Xbox360 membership, all were purchased for the Xbox360 and are all compatible with the Xbox One.

And I’ve ordered the Xbox 360 version of Bayonetta from Ebay for £6, should arrive Thursday, one of my favourite games ever.

All the games work perfectly on my new console. I have used 20% of the 1Tb hard disk so far but an external USB3 hard disk can be added through a USB port if extra space required.

Forza Horizon 3 is a blast, best looking racing game I’ve ever seen and the gameplay’s pretty good too – lots of fun.

Forza 5 is good, shame it has those Top Gear idiots supplying commentary.

I played about a quarter of Diablo III on the PS3, a very good game, imo, I do enjoy a good ARPG

Gears Of War 2 & 3 are actually quite playable with a gamepad despite being FPS’s, the auto aim button helps.

Fable II was one of the few games I completed on the Xbox 360, I like it a lot so thought I’d give it another go, can’t complain for 4 quid especially with the DLC. Of the three Fable games, II is the best.

One of the big selling points of the Xbox One console is that you can play the console games on a Win 10 PC where Win 10 has had the Anniversary update installed. This isn’t strictly true. I imagined I could use the mouse and keyboard and also play games independent of the console but not so.

Fact of the matter is the games do work on a PC but the console has to be switched on with relevant game discs loaded. And of course both console & PC have to be on the same network. I’m using hard wired for PC & console. The only advantage that I can see for this arrangement is that if a user is using a TV to play Xbox One games then playing them on the PC frees up the TV. And that’s it.

Or, I suppose, you may want to play the Xbox games in a room some distance away from the console. And the games only work with the Xbox One controller and without a wireless adapter the controller has to be connected to the PC with a micro usb lead. I’ve done this and it does work fine but for me not any advantage at all. I read that bluetooth can also be used to connect the controller but I haven’t tried this.

And Bluray playback is excellent, this was another reason for my purchase.

So, there we go, poorer in cash but richer in entertainment 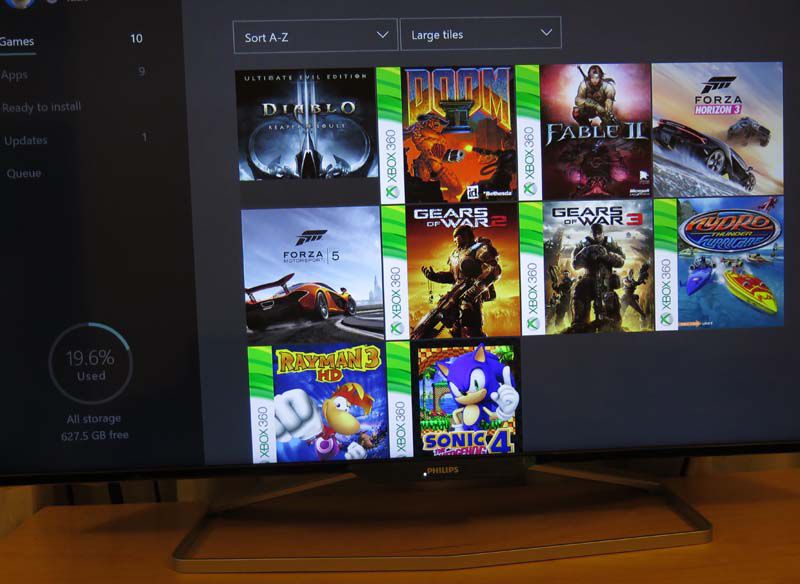 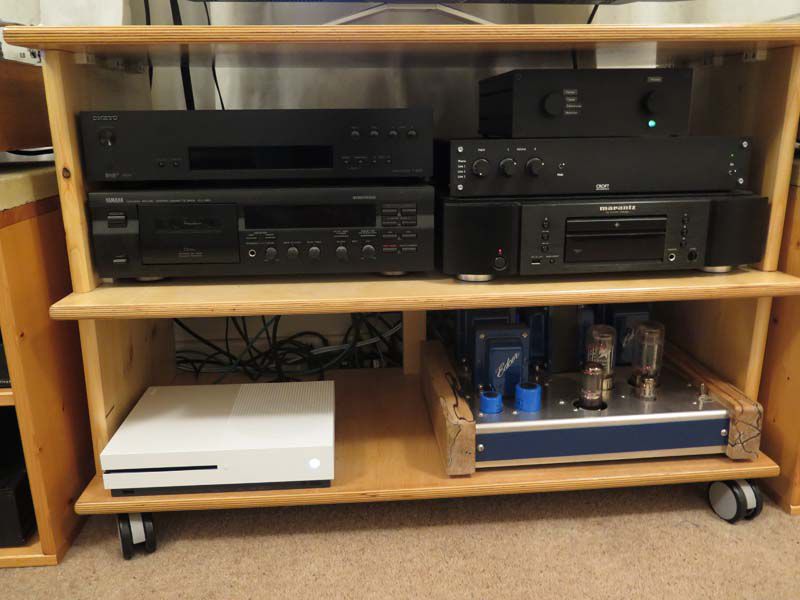 Good on ya Flops! Enjoy.

floppybootstomp said:
One of the big selling points of the Xbox One console is that you can play the console games on a Win 10 PC where Win 10 has had the Anniversary update installed. This isn’t strictly true. I imagined I could use the mouse and keyboard and also play games independent of the console but not so.

Fact of the matter is the games do work on a PC but the console has to be switched on with relevant game discs loaded. And of course both console & PC have to be on the same network. I’m using hard wired for PC & console. The only advantage that I can see for this arrangement is that if a user is using a TV to play Xbox One games then playing them on the PC frees up the TV. And that’s it.
Click to expand...

Ah that is two different systems your thinking of there.

The first is 'Xbox Play Anywhere' - Gears 4, FH3 are the first of the games to do this. Basically buy the dgital version of the game for either Win 10 or XB and you can DL and install it on the other. It sync's your saves etc so you can pick up where you left off on one or the other. I've been playing FH3 on the PC almost exclusively and its great, better graphics too.

The second way you're describing is 'Game Streaming' where as the name suggests you stream the game over your home network (preferably wired) - I've tried it (both PC and XB1 are wired via Cat6 to my router) and frankly didn't much like it, even on the highest setting there is input lag and it doesn't look anywhere near as good. But I've had a second HDMI cable running from the XB to my monitor so I use that which make the streaming kinda moot anyway.


Little tip, keep an eye on here - https://rewards.forzamotorsport.net/en-US - log in with your Xbox ID, its basically free money in game for the Forza series. Rewards drop about once a week, claim them on the site and in game you'll get a message to add them to your in game money.

Forgot to mention, if anybody wants to buy the download code for FIFA 17 standard edition for Xbox One console - currently selling for £50 - you can buy it from me for £20.00.

If you're interested PM me and I'll PM you the code after a payment via Paypal or bank transfer.

Just read V_R's post, I bought the hard copy of Forza Horizon 3 which I regret now as I have to load the disc every time I want to play and it takes up quite a large amount of disc space anyway.

Yeah I only do digital now, so much easier.

I also have one of these as my XB is only 500GB.
https://www.amazon.co.uk/Samsung-Slimline-Portable-Hard-Drive/dp/B008PABFX8/

But I didn't pay that much for it!.

Nice one! Glad to hear you went for it in the end

It's nice to have a little splurge sometimes

. Plenty of games to keep you entertained there too.

I've had very little experience with the XBOX one, as we went for a PS4. I'm not disappointed we went down that route, but I wish I knew someone with an XBOX nearby so I could compare them like for like. Everyone that I know seems to have a PS4 or gaming PC.

BTW, is that Onkyo amp for audio and AV?
Ad

I had read about problems with Sony not supplying support for some games such as Fallout 4 but I can't recall the exact problem(s) or whether they were resolved or not.

My choice of Xbox One was mainly based on my experiences with the Xbox 360 and PS3 the main reason being I couldn't get on with the Gran Turismo race car series but loved all the Forza Racing titles I'd played on the Xbox 360. And Forza Horizon 3 doesn't disappoint on the Xbox One S.

If you have a PC running Windows 10, Anniversary patch installed and it meets the required spec then you can download and play Forza Motorsport 6: Apex for free from Microsoft, it's pretty good imo.

Bayonetta arrived through the post yesterday - that was quick from an Ebay dealer - have installed but not played yet.

The Onkyo you can see is a DAB/FM Tuner. My amplifier is a Tubelab SSE (Simple Single Ended) Valve model, home made by another fella, I bought it second hand from him, it's 7 watts per channel. That's driven by a Croft Basic valve preamp.

I play the audio from the games console from the headphone socket on the monitor, which also plays video files from my main PC, audio from the same socket. Both PC and console via HDMI. I notice the console has a digital out socket, tempted to use that but then I'd lose the sound from video files from my PC. And I've run out of inputs on the preamp so can't use both. Decisions, decisions.... I suppose I could make some kind of switching arrangement, thinking about it.
You must log in or register to reply here.