A Short Trip To Hiroshima

Kathy and I took a trip to Japan recently and one place we really wanted to see was Hiroshima. It is now, of course, a completely modern city having been obliterated on 6 August 1945. We wondered about the levels of radioactivity remaining in the city and were surprised to hear that the levels match the world average background levels so there is no risk whatsoever. The A-bomb used was very small by modern standards and because it exploded at 600 meters altitude most of the radioactive cloud was blown away by the winds. Compare this with Chernobyl where the radiation was 200 times that of the Hiroshima and Nagasaki nuclear bombs combined and it was released at ground level.


Naturally everyone wants to see the A-bomb Dome and it’s quite a sight, knowing that just above it is where the bomb exploded. The dome is the remains of the Hiroshima Prefectural Industrial Promotion Hall and it was decided to keep it as a memorial and a symbol of peace. Here is the building before and after the bombing.

And as it is now. 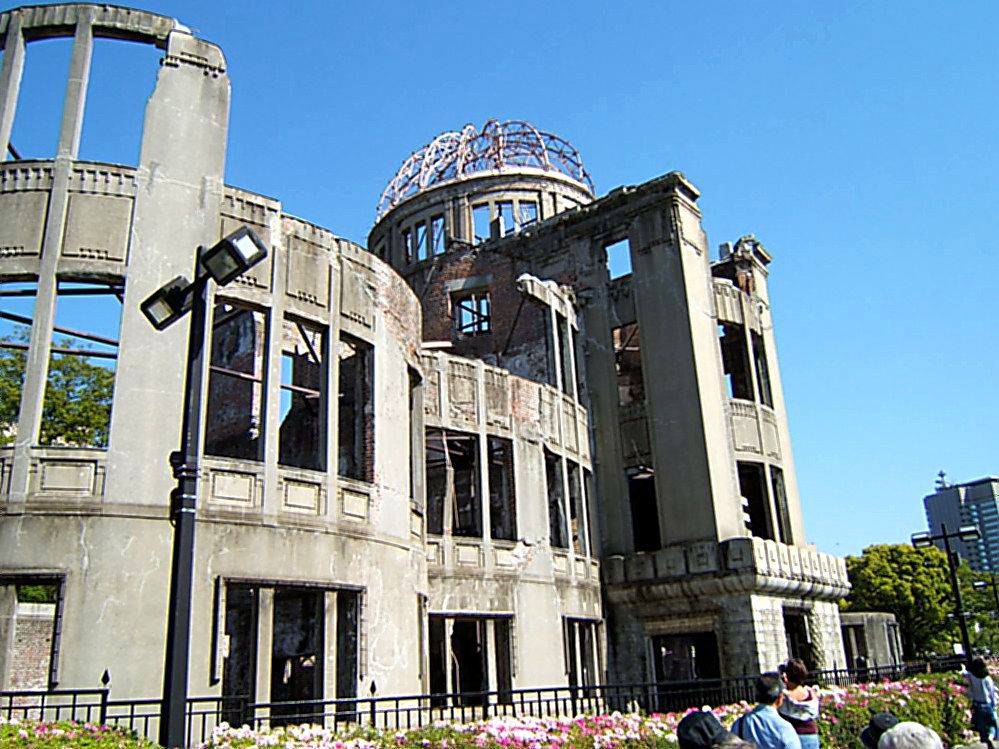 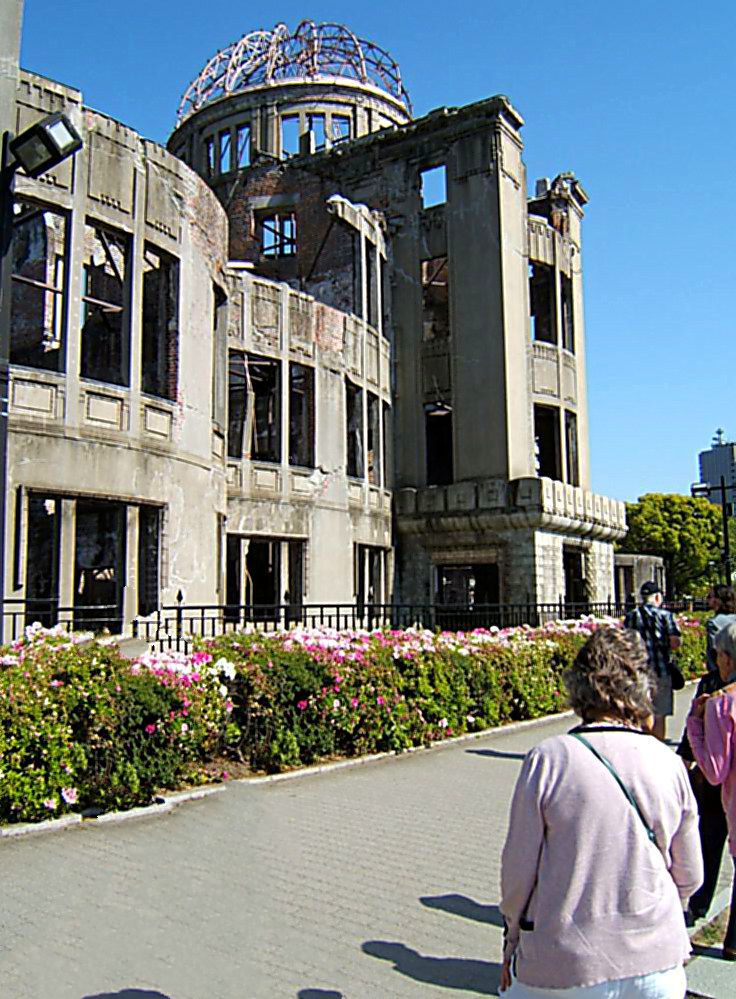 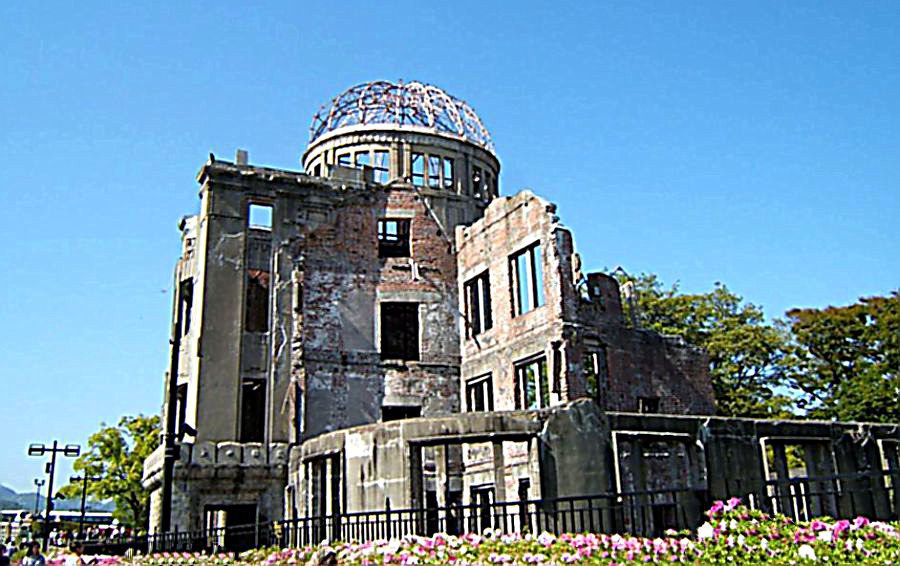 Just across the river is the Hiroshima Peace Memorial Park. Looking through the Cenotaph arch along the length of the park the Dome is visible in the distance. 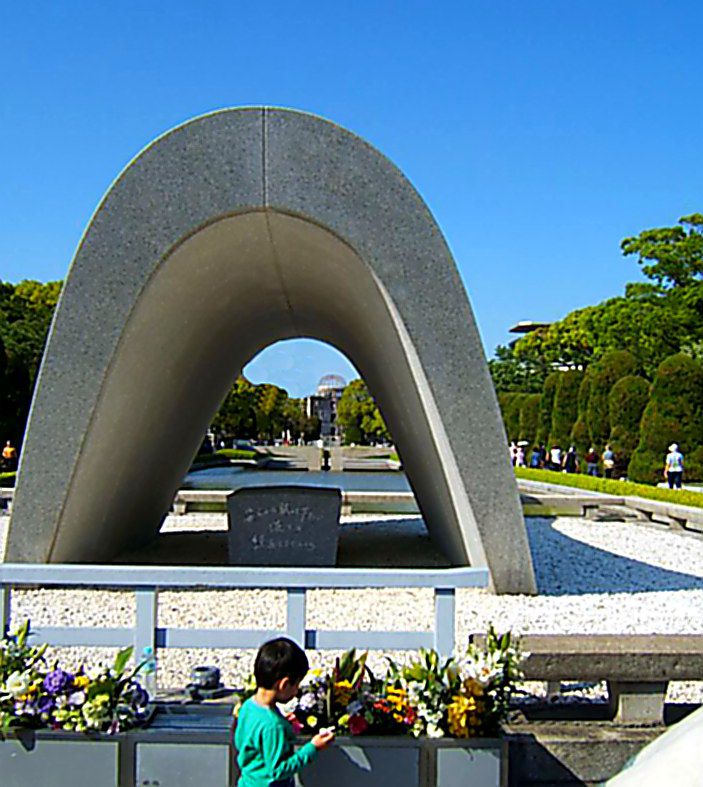 And halfway along the park is the Children's Peace Monument, dedicated to all the children who died in the bombing and also all those that died from the long term effects of radiation. 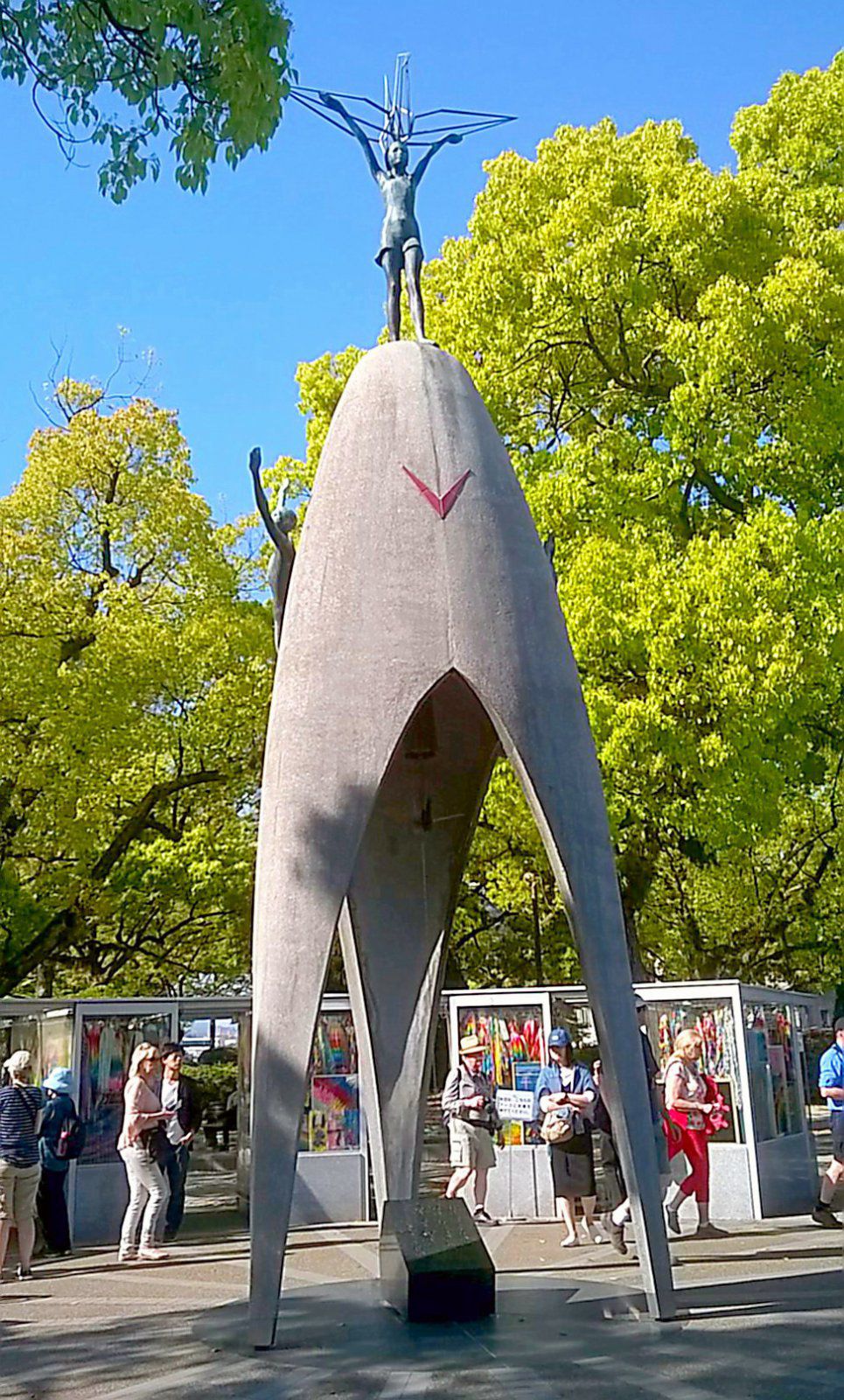 This is the Children's Peace Monument, with a figure of Sadako Sasaki at the top of the statue. She was a girl who died 10 years after the bombing from leukaemia and she is holding a wire crane above her head. Shortly before she died she had a vision to create 1000 origami cranes. Japanese tradition says that if someone creates 1000 cranes, they are granted one wish. Sadako's wish was to have a world without nuclear weapons. The glass cases in the background contain paper cranes from all over the world.

It was a very moving visit.
Ad

Really interesting pics @nivrip. I bet the mood around there must be pretty sombre. Were there many other affected buildings kept like this, or other more subtle evidence of what happened?

I've just finished a book about the process of building the bomb and the effects it had on Hiroshima and Nagasaki. It's a fascinating tale and was full of lots of details that I never knew. For example, the Firebombing of Tokyo (9th March 1945) resulted in over 100,000 dead and 1,000,000 displaced in a single night - which was a more fatal result than the atomic bomb dropped not long after.

It's also pretty interesting to think how the would would be without nuclear weapons - would there be more wars (as there's no risk of absolute annihilation)? I wonder if we'll need to have built nuclear weapons and then face something even more catastrophic before they are ever gone. As much as I'd like it, I can't see a day anytime soon when there's a world without them (maybe with the exception of unilateral disarmament from a couple of countries).

Ian said:
It's also pretty interesting to think how the would would be without nuclear weapons...
Click to expand...

Or... the opposite case, e.g. wider nuclear proliferation — CASE SWEDEN

Yep, I agree with that (the statement, not necessarily the idea!) - and I suspect nations will try to straddle the fine line where they're used as a deterrent. It works great, until it doesn't...

Ian said:
It works great, until it doesn't...

Ian said:
Were there many other affected buildings kept like this, or other more subtle evidence of what happened?
Click to expand...

Very few buildings survived as the vast majority were houses made of wood. A few did survive and these were very substantial places like the Hiroshima Railway Station. 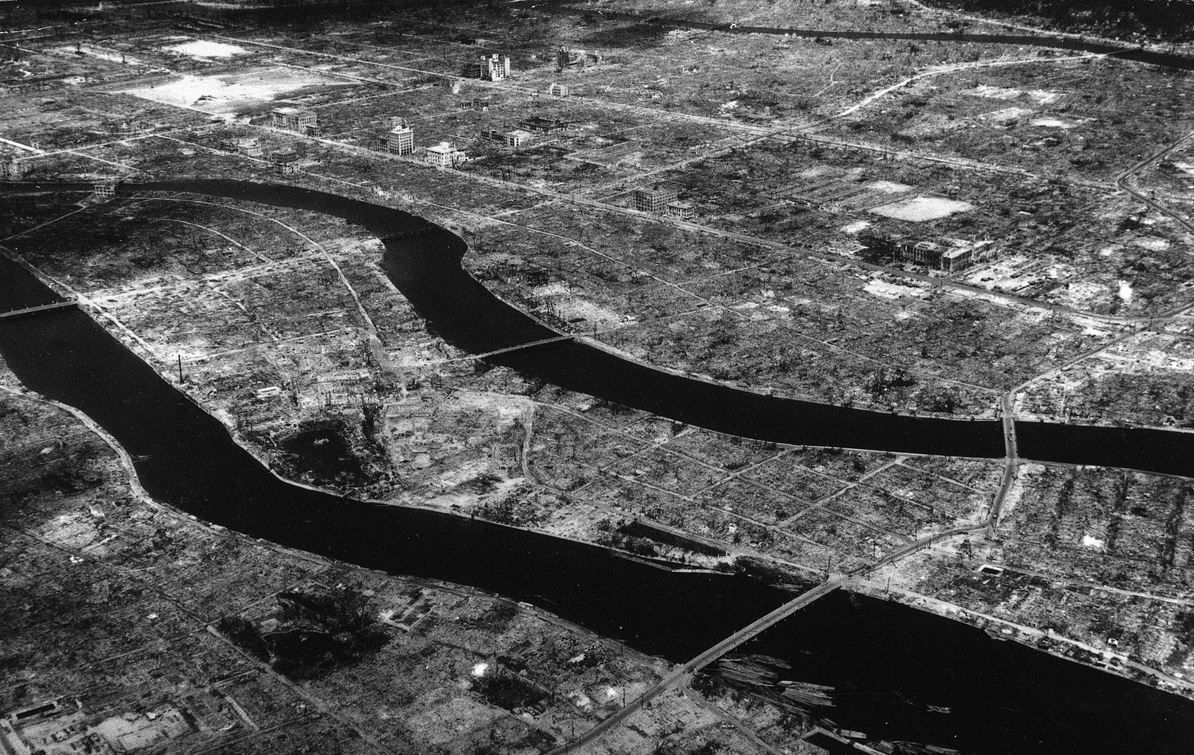 You can see a few sturdy buildings in the distance but nothing in the area directly under the explosion (between the two rivers) except the Dome Building which is thought to have survived because the blast came directly down on it, parallel to its walls. Originally the plan was to demolish all structures still standing but eventually it was decided to keep the Dome as a memorial because it became an iconic picture...…….. 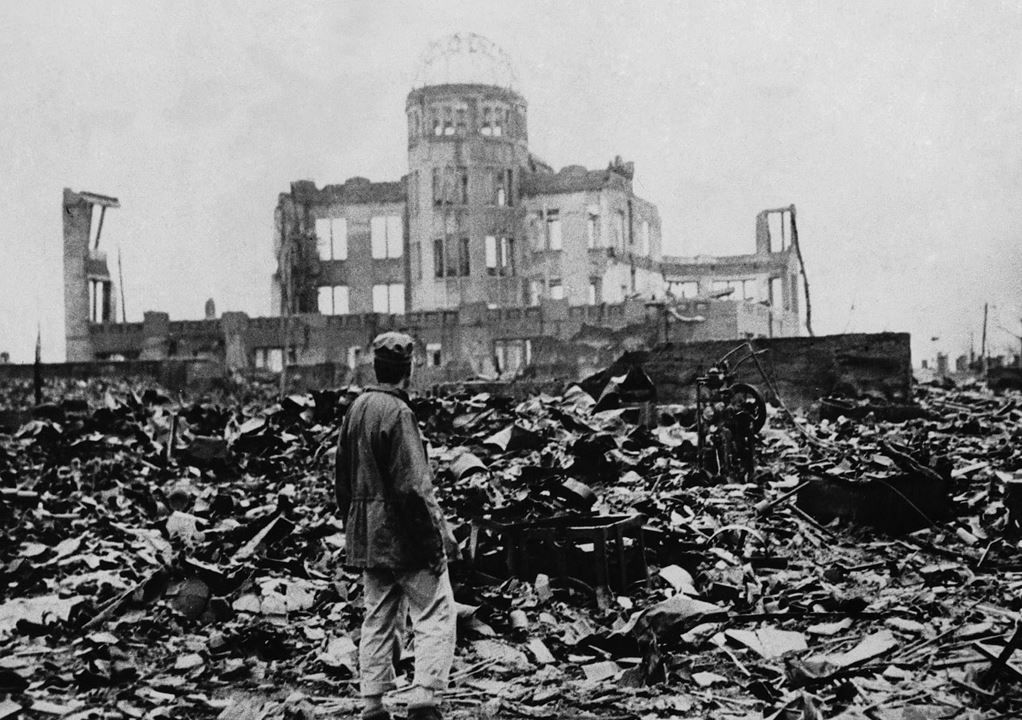 Some other gruesome evidence of what happened is seen in this photo...…. 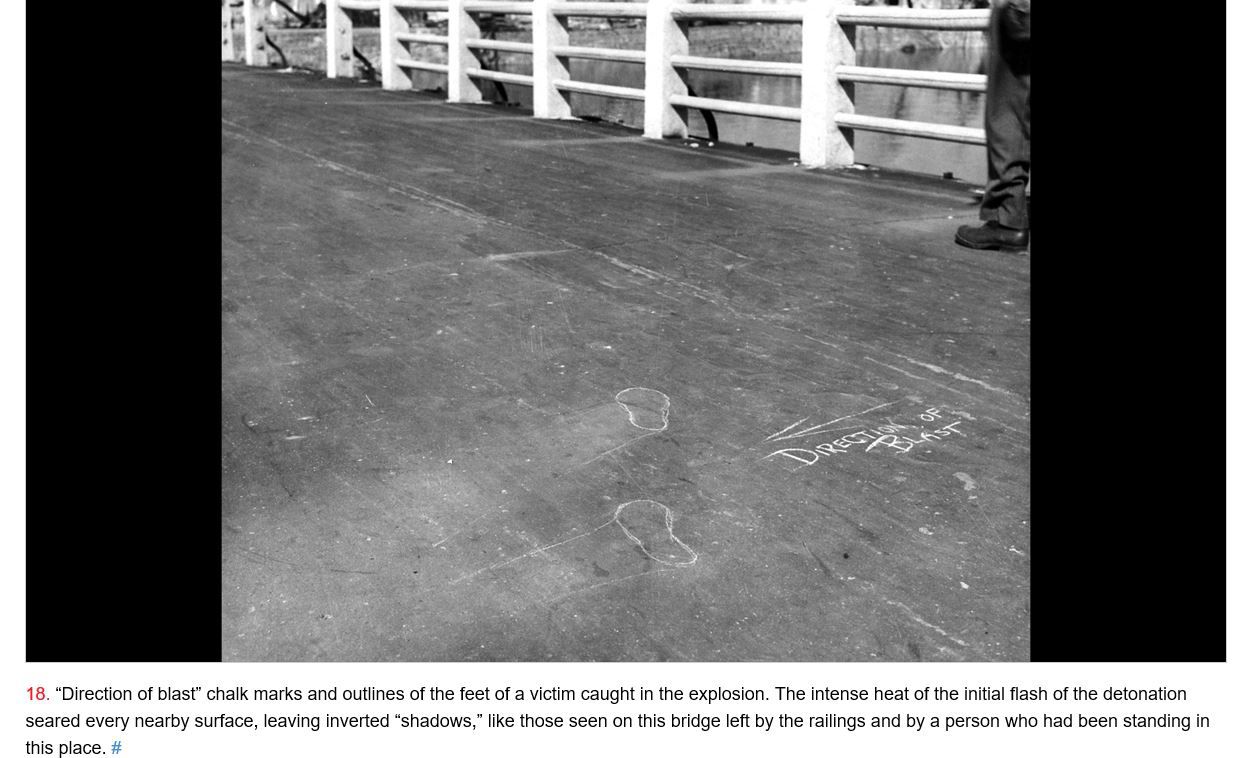 Luckily this victim will have known nothing about it.
Ad

Must have been a fascinating place to visit, very thought provoking I imagine. Thanks so much for sharing your photos with us!

I'd love to go to Japan

The bombs were used to stop the war with Japan. America was intending to invade the home island,and if that had happened there would have been untold deaths on both sides. The Japanese people were not going to give up without their emperors say so. The bombs helped him to make up his mind...game over.
F

I wish I could be there.. and take some pictures

freestown7 said:
I wish I could be there.. and take some pictures
Click to expand...

Here is a picture I took while I was in Hiroshima. It is a same dome that you see in the black and while pic above. Took this on my visit in 1991 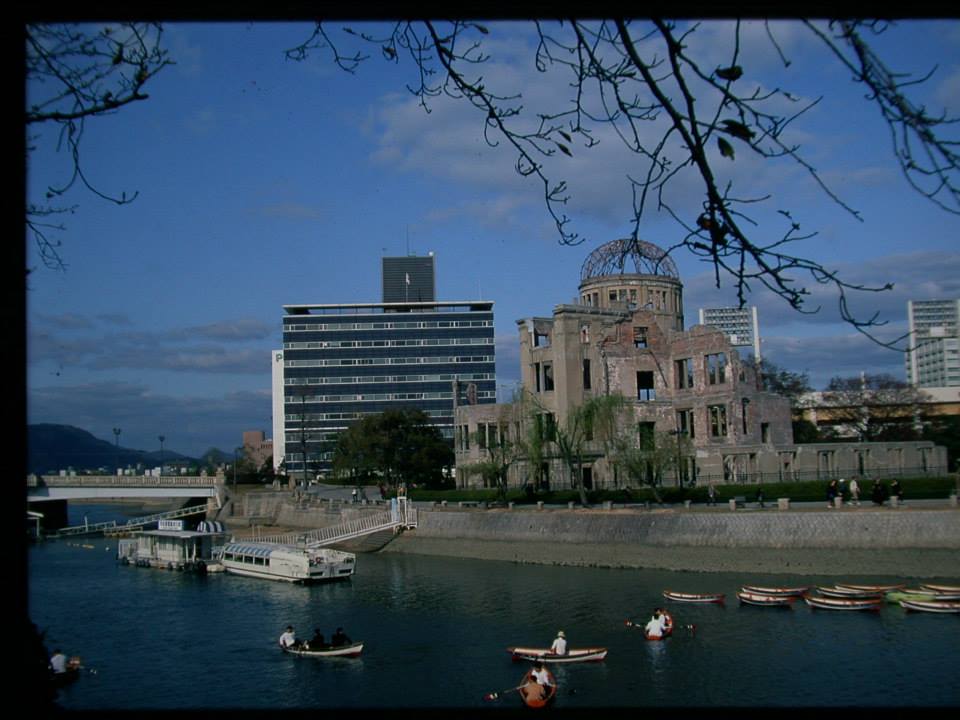