A trip to the space coast

We went to Florida recently, and had such a fantastic time! Thought you might be interested in seeing some photos

One of the main reasons we went was to support a charity event run by the Astronaut Scholarship Foundation, and we got to meet loads of astronauts. It was such a fascinating group of people there, from all different backgrounds and walks of life.

First we went to the Valiant Air Command Warbird Museum. Here's Ian taking a look at the cockpit of a B-52 that was being restored: 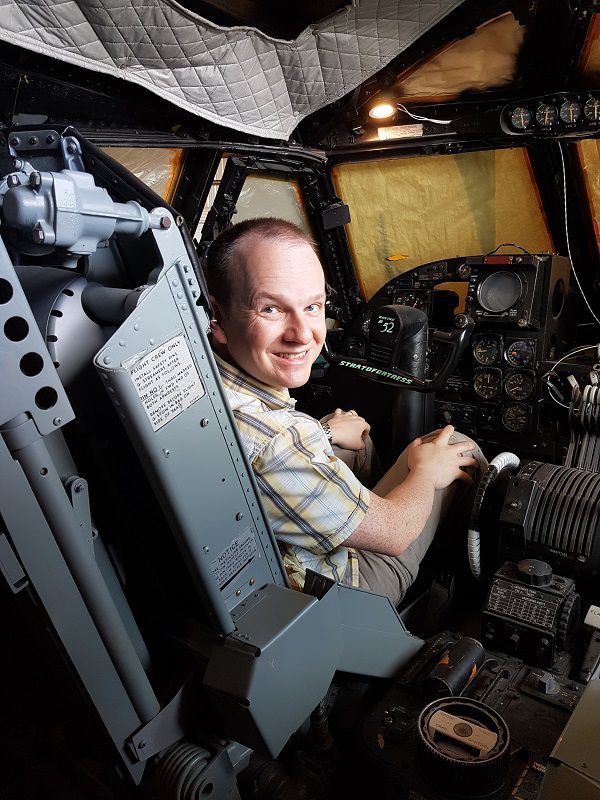 They were also restoring a Canberra: 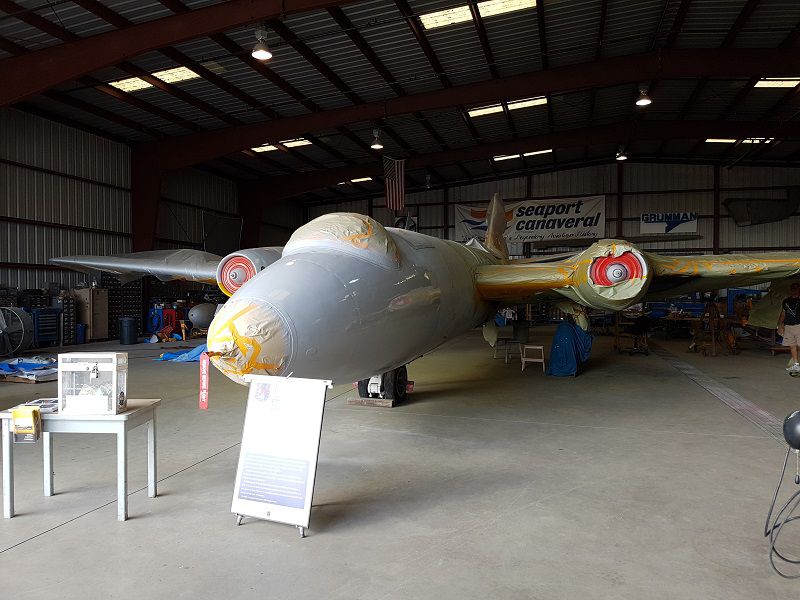 This is a F-11 Tiger, which is the first aircraft to shoot itself down: 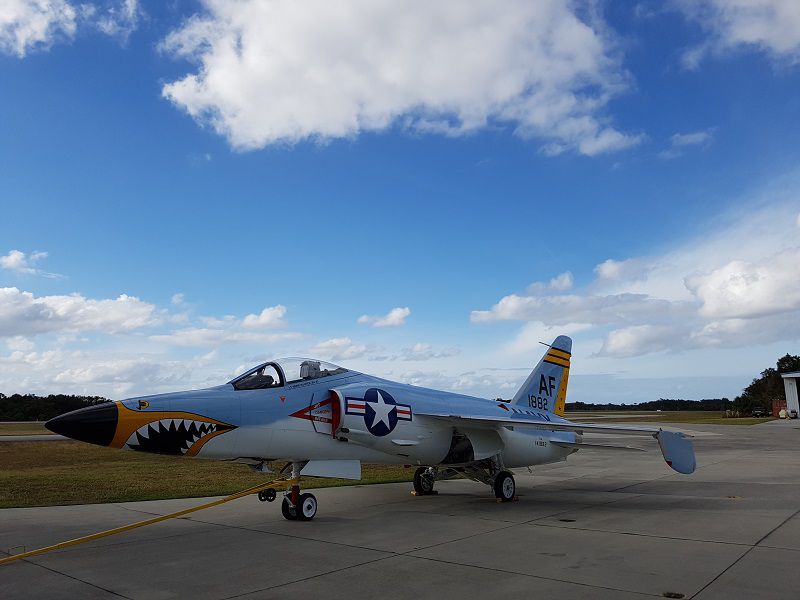 C-47 that flew during the D-Day Landings: 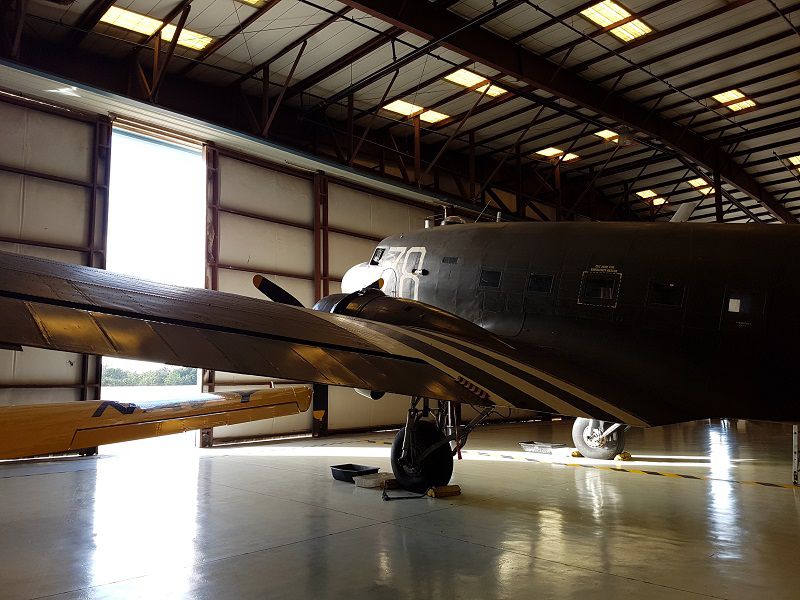 We went to the opening of a new part of the Kennedy Space Centre Visitor Centre (KSCVC), Heros & Legends: 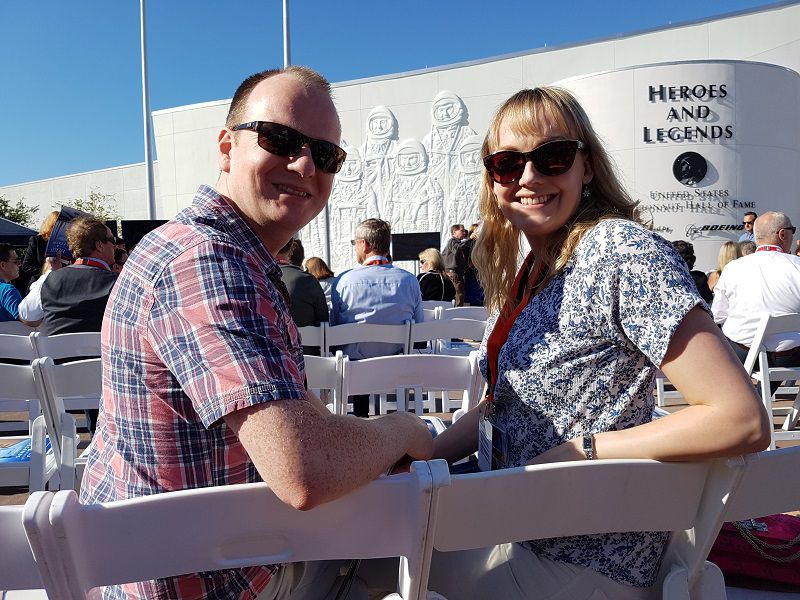 There were lots of members of the Astronaut Hall of Fame there: 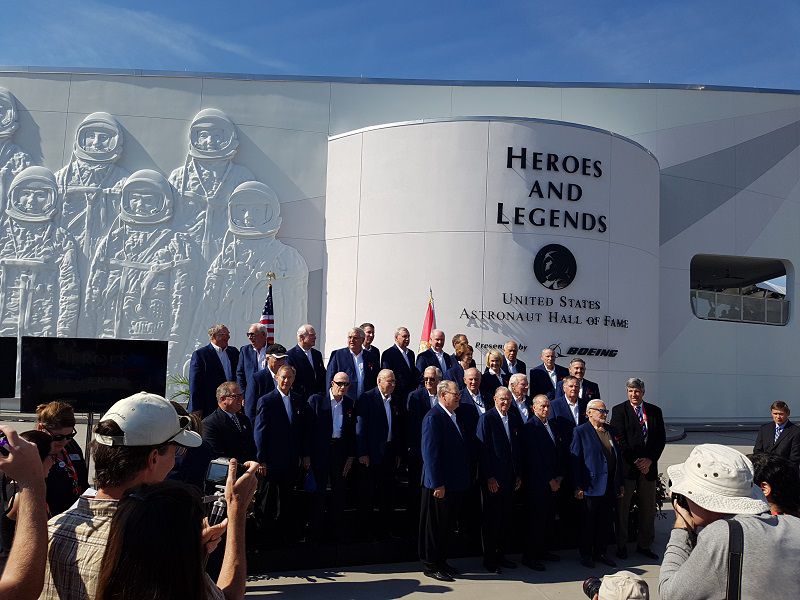 Later that day we went to several lectures about various topics, and because it was quite quiet we sat at the front. The last presentation was with the children of the Apollo astronauts, and look who sat down next to us! Jim Lovell and his wife, and further down Buzz Aldrin! 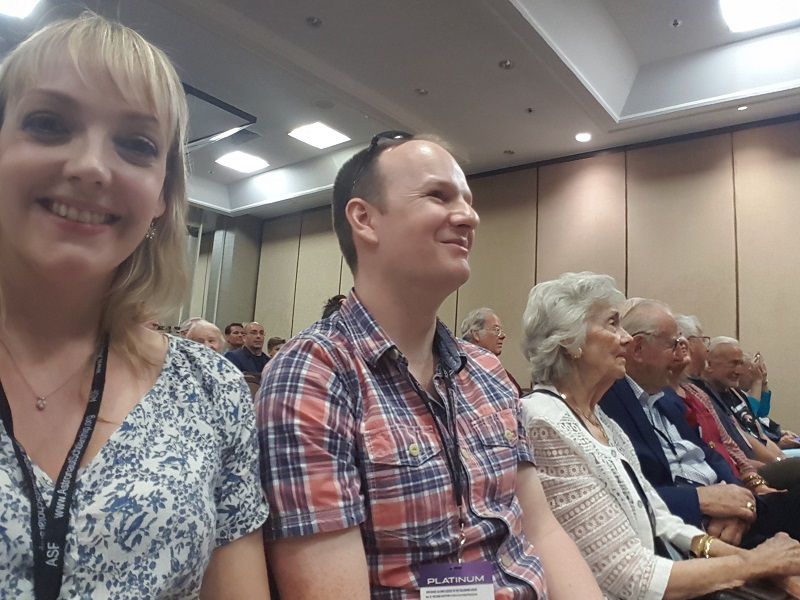 The two on the left are Buzz Aldrin's children, the next four are Jim Lovell's, the two blonde ladies are daughters of Alan Shephard, the lady with the red hair is daughter of Stuart Roosa, guy in the blue shirt is Neil Armstrong's son:

That night we went to an event at an outdoor tiki bar, and had a great night! Lots of astronauts there, and we had lots of interesting conversations. Towards the end it started to get quieter and these guys were entertaining us - at one point Rick Armstrong was playing with them too. We recognised the music, but didn't recognise them... it was The Byrds! 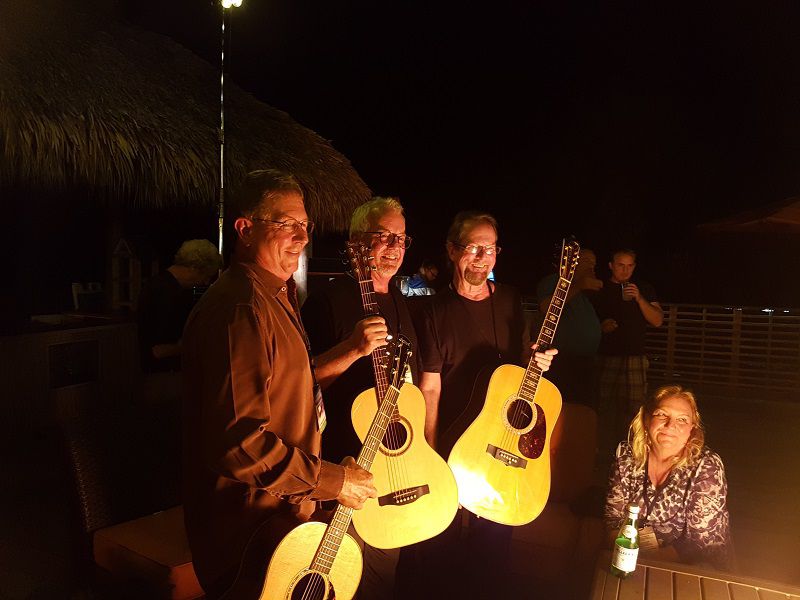 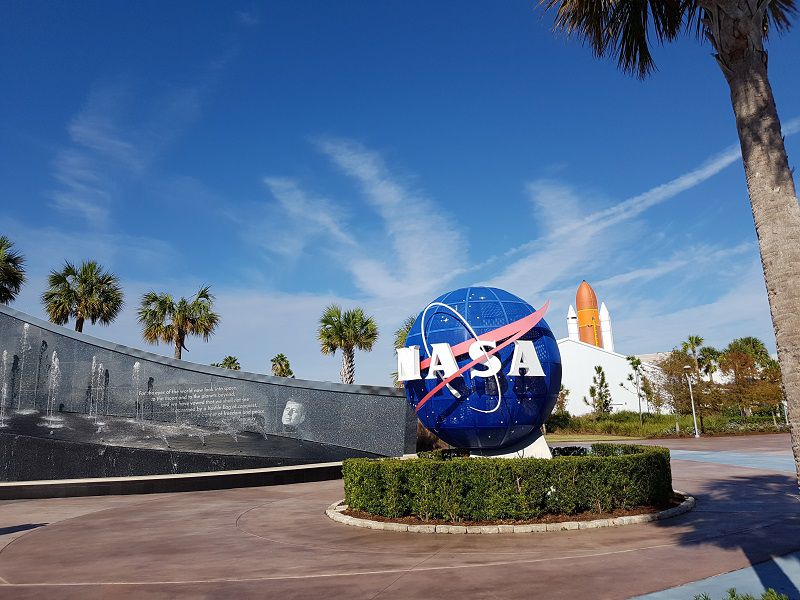 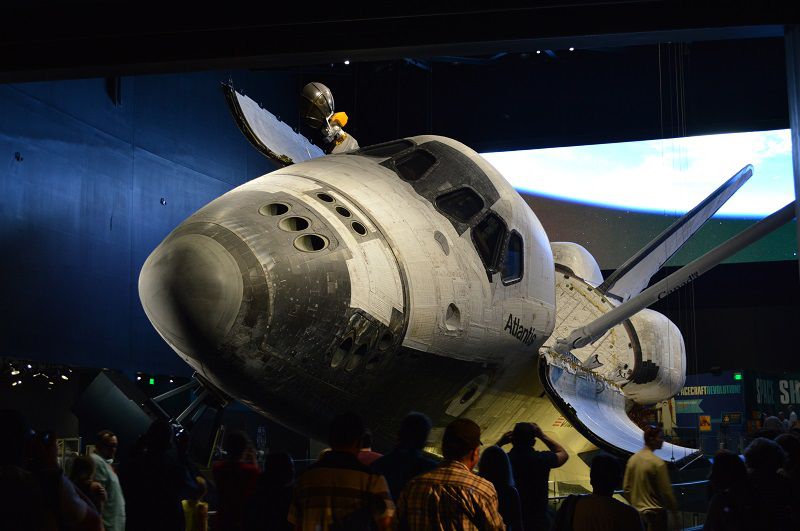 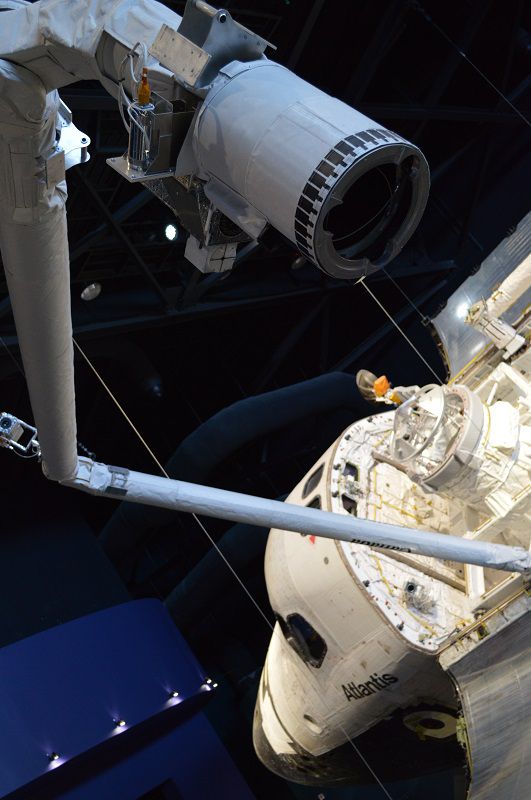 Here's me as a shuttle pilot 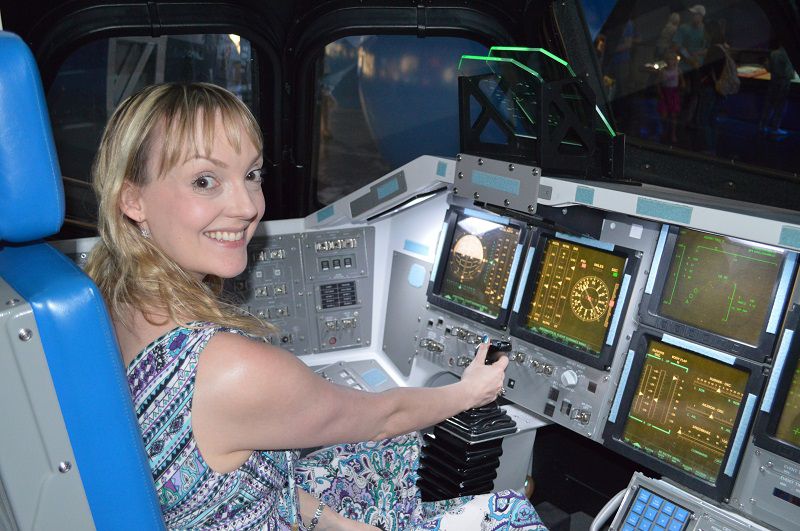 Recovered wreckage from Challenger and Columbia 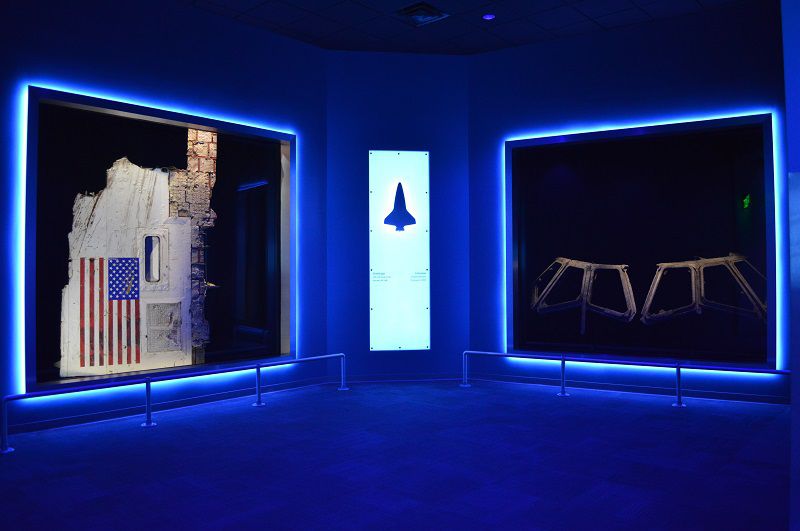 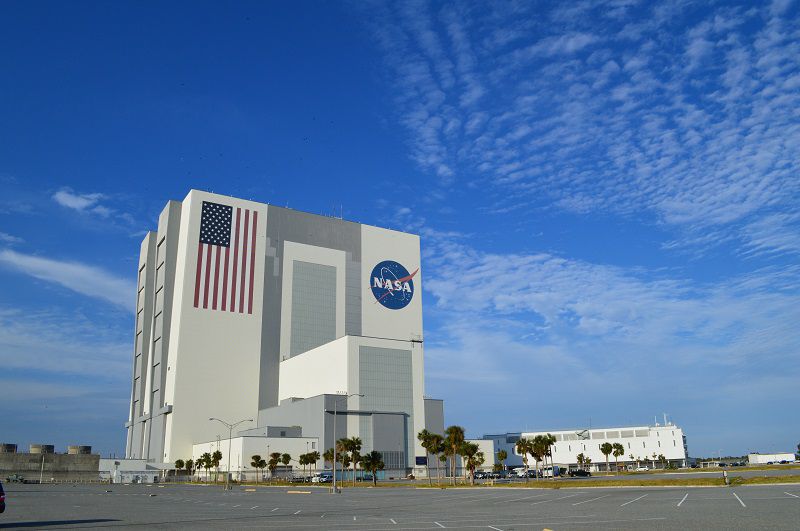 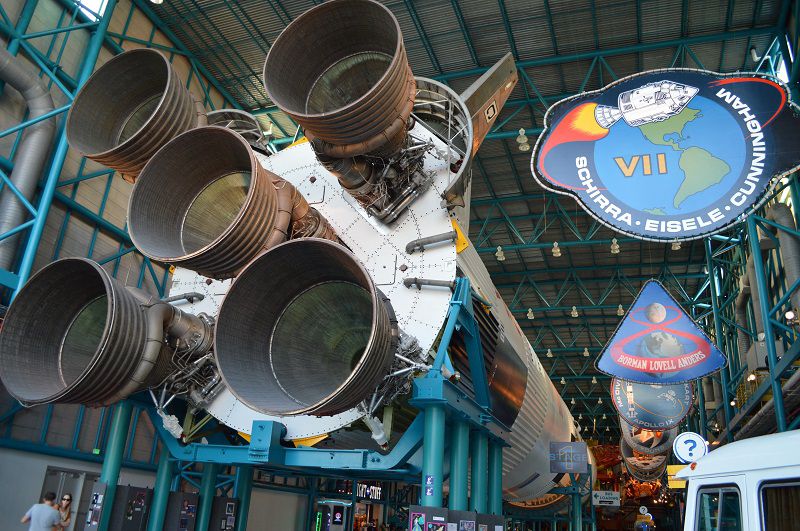 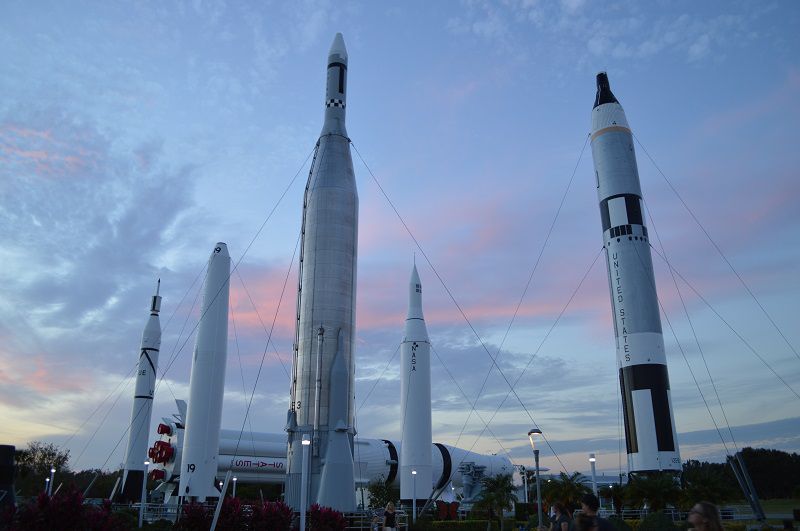 Gemini 9 capsule - fascinating to see inside: 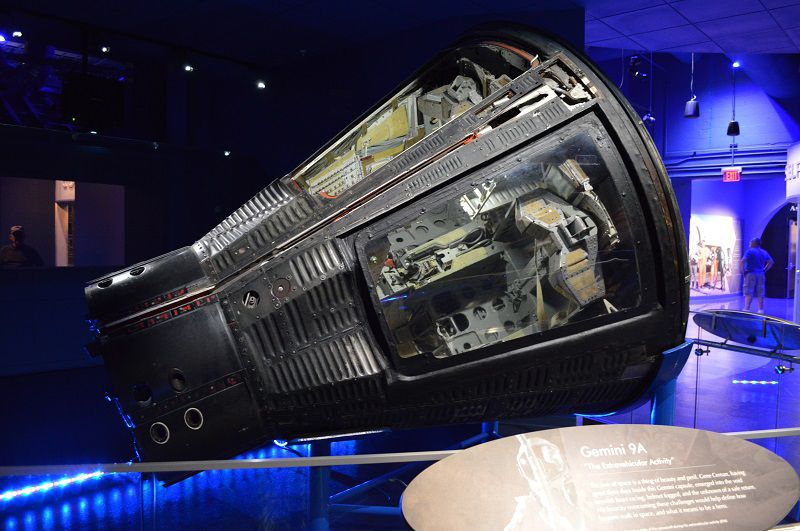 Here's a photo of the site where Blue Origin are building their new rocket factory: 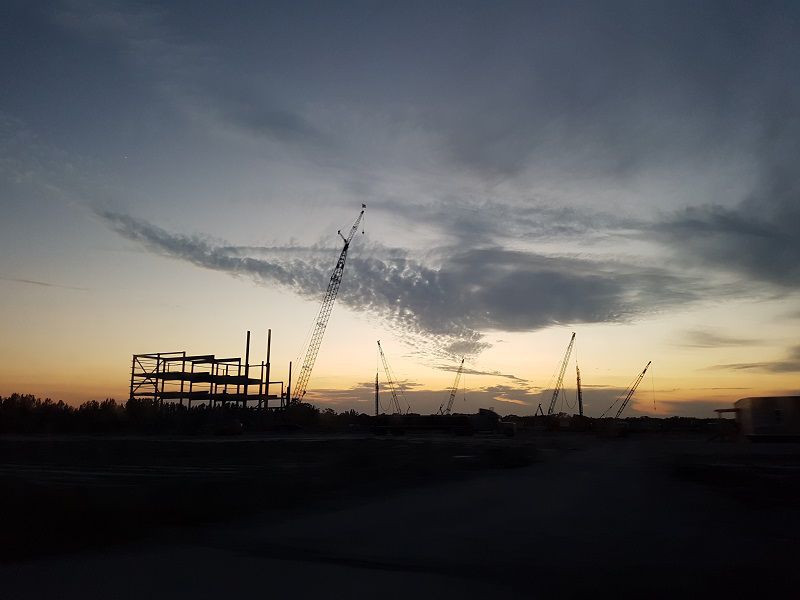 We went to a gala dinner, and Jim Lovell and Buzz Aldrin did a Q&A to commemorate 50 years since Gemini 12: 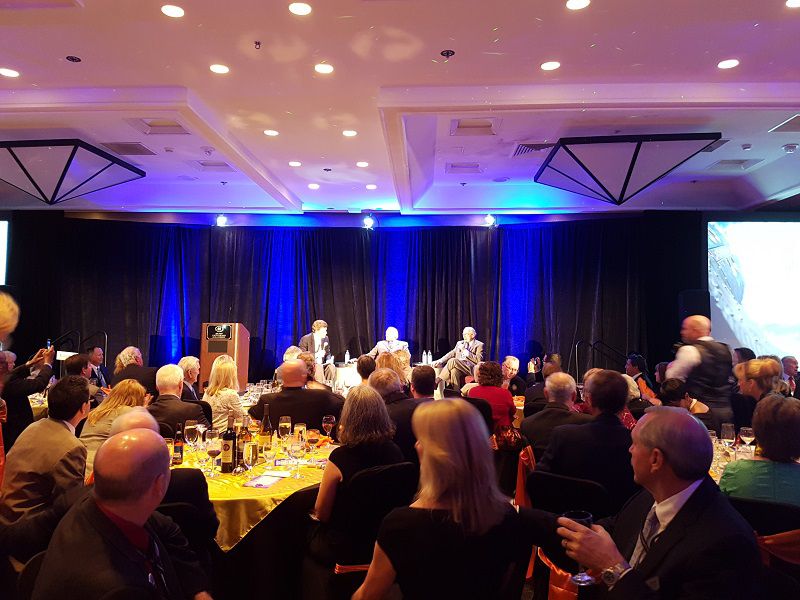 Here's me next to a replica of the Curiosity rover - it's huge! 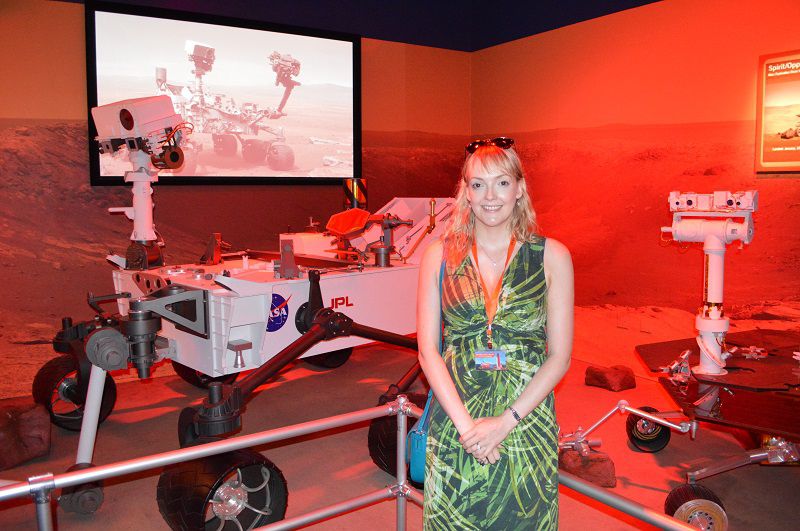 We did a tour of the Lunch Control Centre building, and this was one of the rooms where they used to control the Shuttle launches. Hard to believe it was all still in use up to 2011! 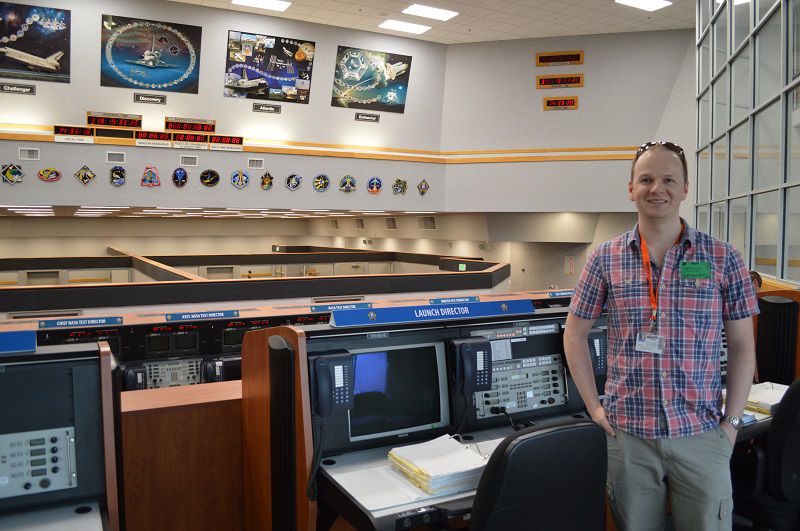 A look inside the Lunar Module: 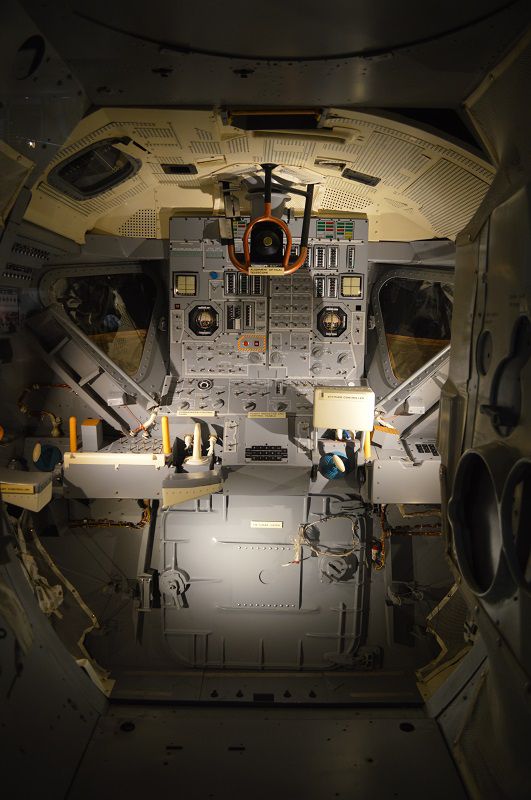 Here's the LM from the outside: 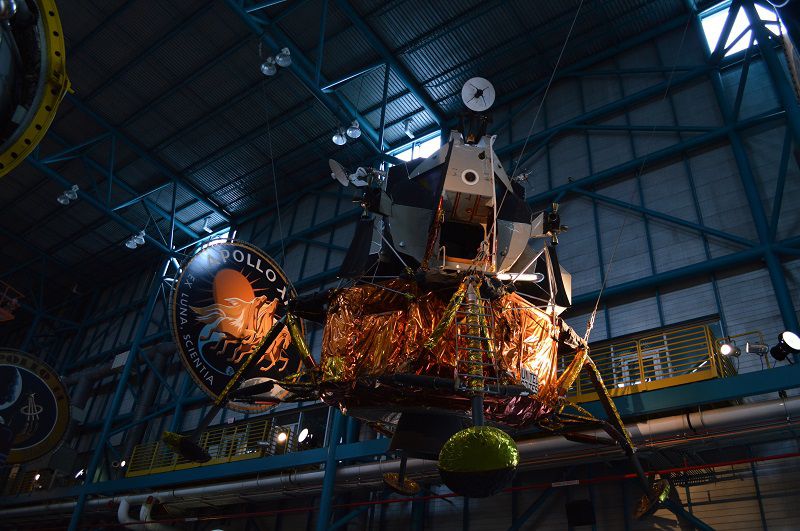 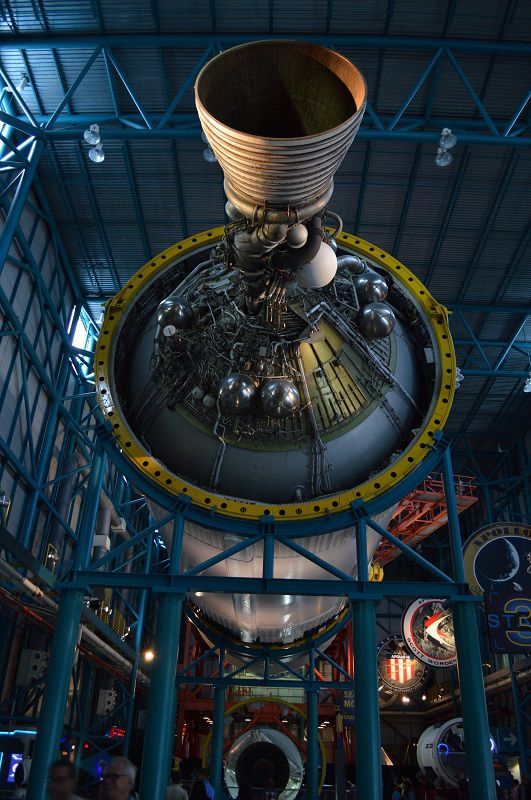 Was there a few years back.

A great day out.

I think you missed one out, Ian. 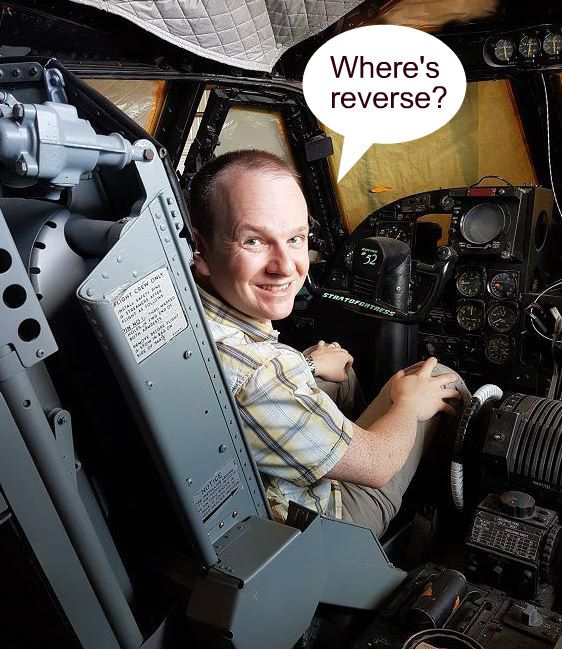 You were entertained by The Byrds?

Florida Man welcomes you! I can't wait to take my Son up there to explore. For now, we will settle for yachts and pretty beaches.
Ad

It looks like you guys enjoyed a super-interesting and memorable trip @Becky. Meeting so many Space Legends, and being allowed to sit in the cockpits of those famous air and space-craft, must have been awesome! Thanks so much for sharing your pix, they're great.

Very cool! You looked like you loved every minute of it, especially Ian!

Glad you liked the photos! We had such a great time

Silverhazesurfer said:
Florida Man welcomes you! I can't wait to take my Son up there to explore. For now, we will settle for yachts and pretty beaches.
Click to expand...

I forgot you were in Florida! We loved the beaches too, especially all the wildlife. Saw loads of interesting birds running in and out with the tide.


floppybootstomp said:
You were entertained by The Byrds?

Yup, The actual Byrds. They were great!

Here are a couple more photos - first is of them with Rick Armstrong (blue top): 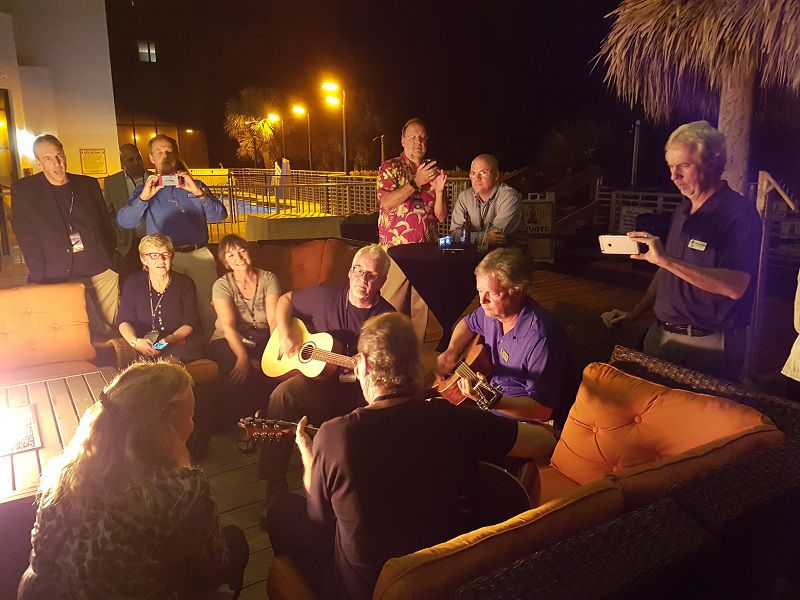 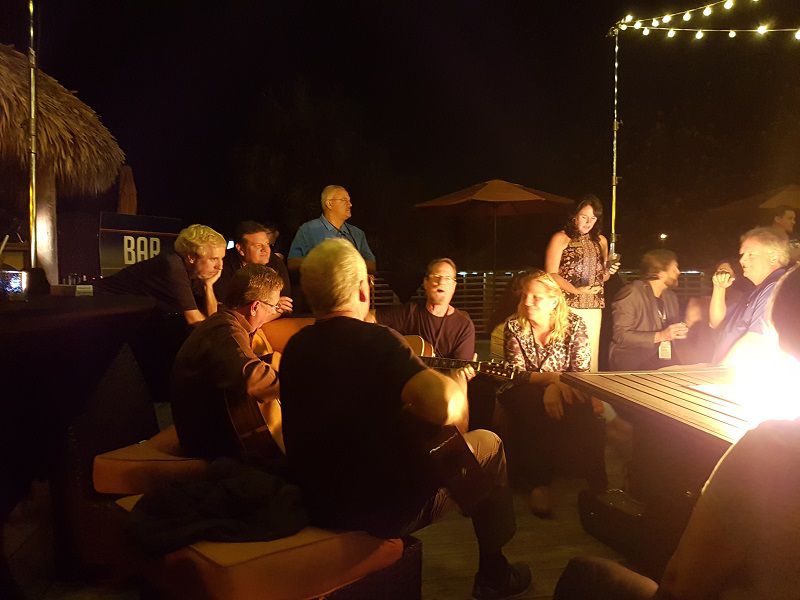 Oh this was great the US certainly know how to put a show on AND having the Byrds playing to you BRILIANT.

bootneck02 said:
Oh this was great the US certainly know how to put a show on AND having the Byrds playing to you BRILIANT.
Click to expand...

I don't think that was arranged, I think they were just there for the event. Guess they must be space geeks too

Blimey your own barbecue concert done by the Byrds