After my last cancer adventure in 2012 I received post-operative checkup appointments at Guys Hospital for around two years afterwards. The consultant/surgeon had recommended five years appointments but when they dried up I never bothered chasing up the hospital to carry on for two reasons: 1) I knew the ENT dept at Guys was extremely overworked and busy and I didn’t feel like I was much of a priority 2) Each appointment filled me with fear and foreboding in case they found the cancer had returned. This is known in learned medical circles as the Ostrich Approach to care in remission.

In April I found myself first in QE A & E with a lump of food stuck in my throat then the following morning at Lewisham A & E to see a specialist about the problem where the obstruction actually cleared itself whilst I was waiting to see the specialist. I did see him though and when he questioned me about my medical history he insisted I become an outpatient at Lewisham ENT department. So I did. And today I had my first appointment there at 09:40.

The Doc wanted to shove a torch-on-a-stick up me nose and thence down my throat but I can’t get on with those things, they make me gag and act involuntarily in a panic mode and the last attempt by a Doc at Guys ended in me almost taking a swing at him and struggling violently. So I declined the torch inspection and the Doc just took a look around inside my mouth and throat and declared that as far as he could tell I was still cancer free. Phew.

It was still only about 09:50 and I walked back to the DLR station and I took a few snaps on the way. I passed many places where I used to hang out as a kid including the graveyard at St Marys Church and Ladywell Wreck (Recreation Ground). Back in the day many of the tombs and graves in the church grounds were in a state of disrepair and some of the smaller ones had rolled over a little due to heavy rainfall and subsidence over the centuries.

This left a horizontal opening at the side of the grave where if you shone a torch inside you could see the top of the coffin. Kids, being kids, soon figured that gap was big enough to push another kid inside so rumour has it that’s what they’d do and then block the unfortunate kids exit from the grave as they squirmed about screaming on top of the coffin. I never actually saw this happen though and it may have just been an urban myth.

Also was sad to see the GAME shop has now ceased trading, it was on the corner almost opposite what used to be Millets. I bought my Xbox One S in there. 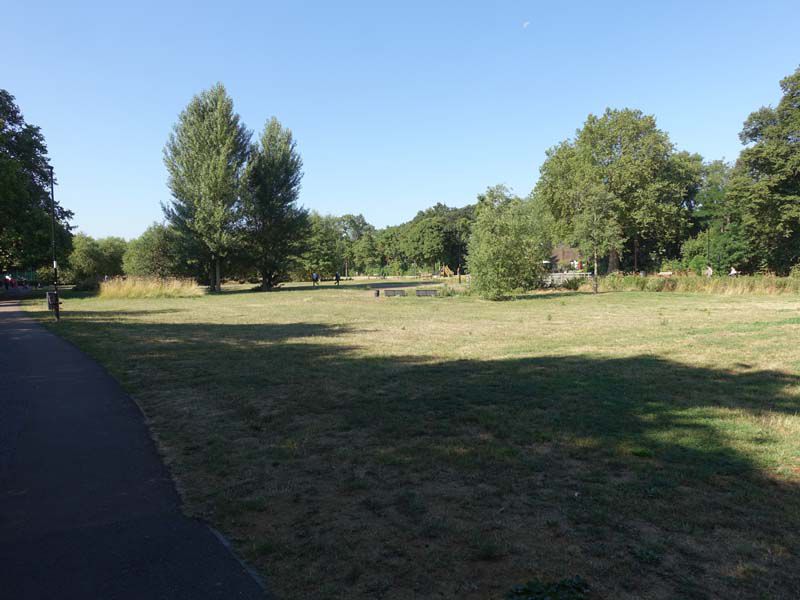 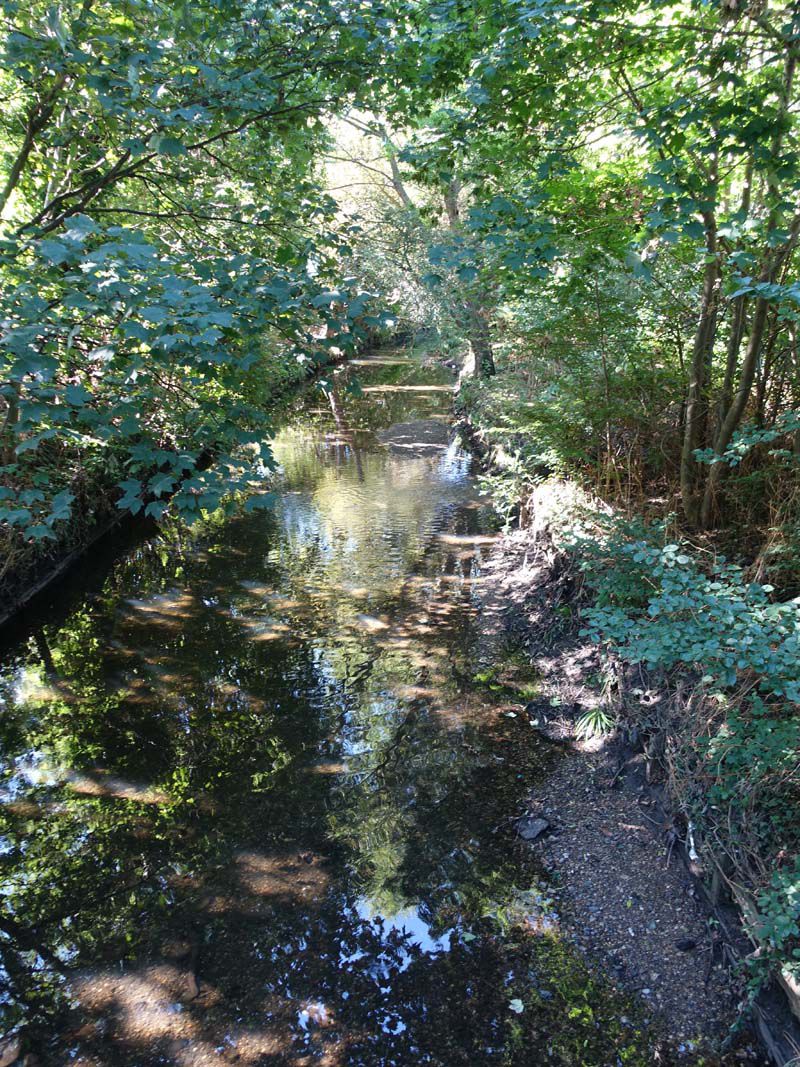 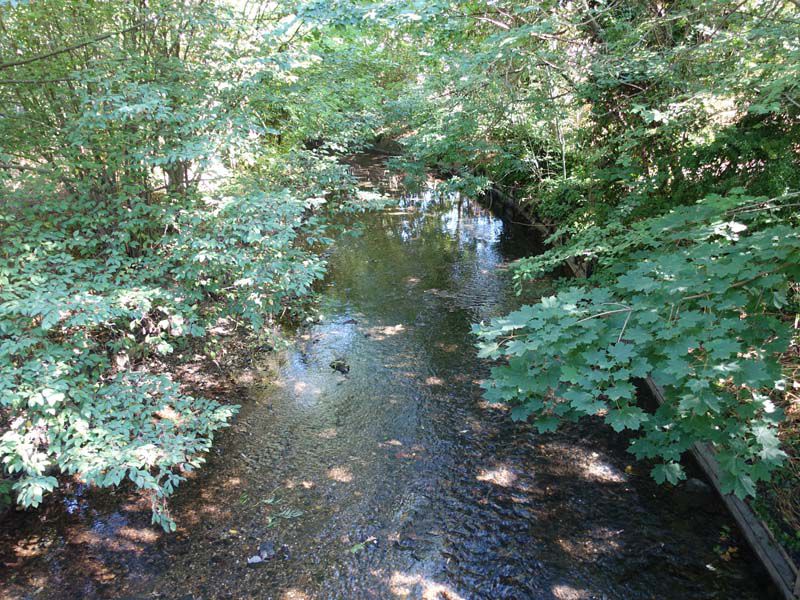 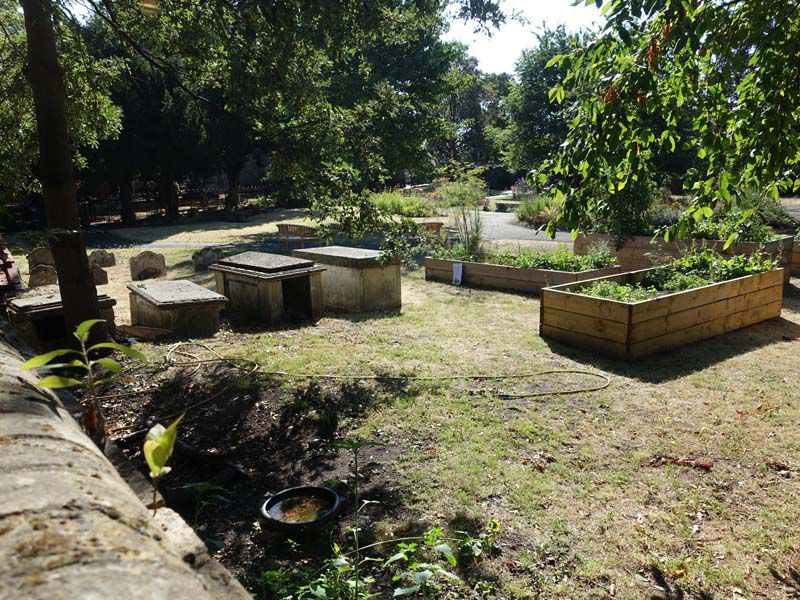 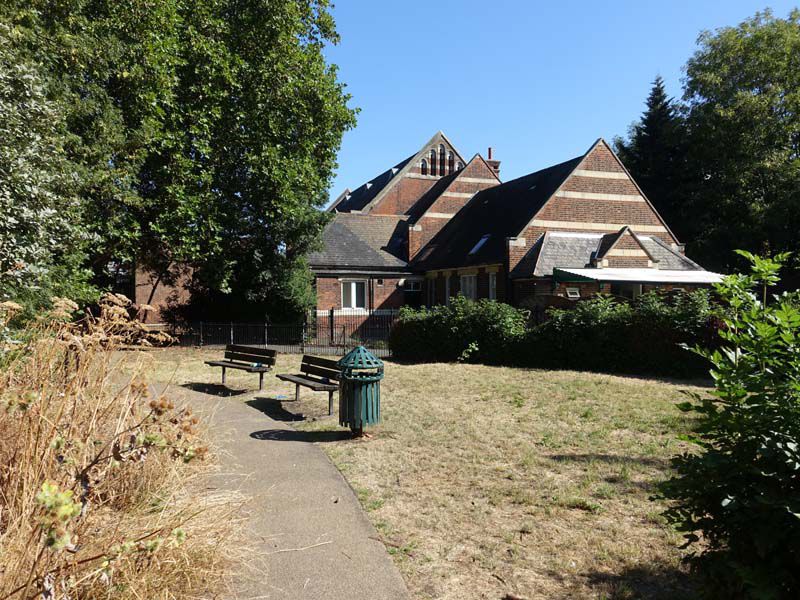 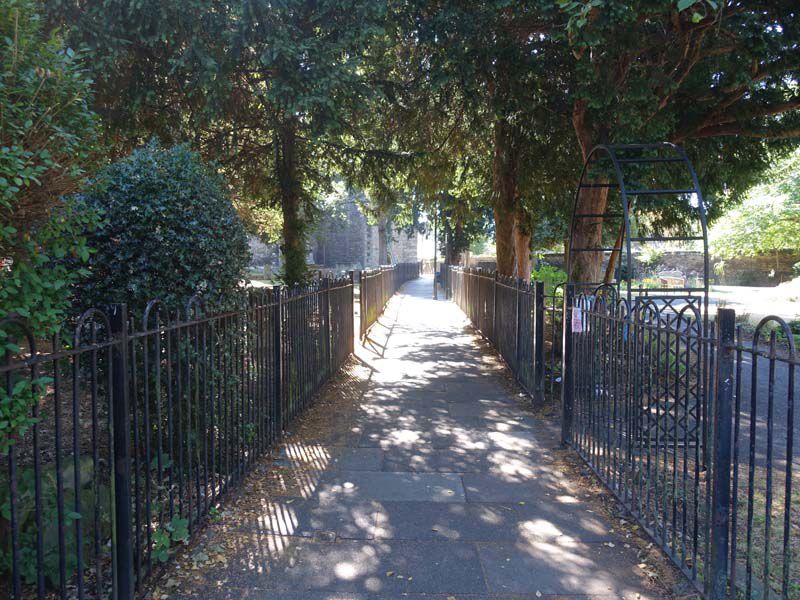 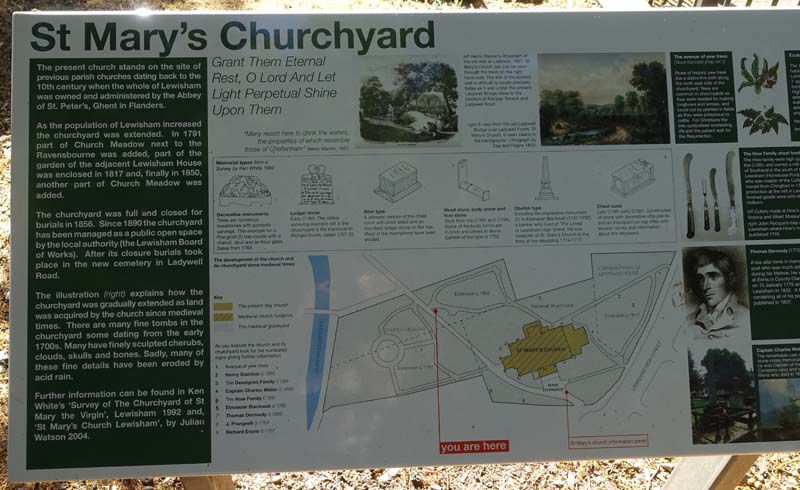 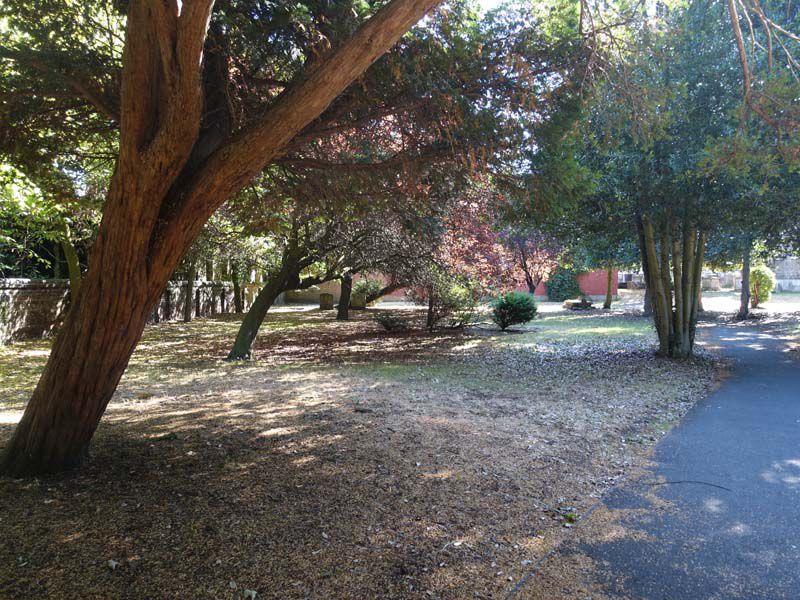 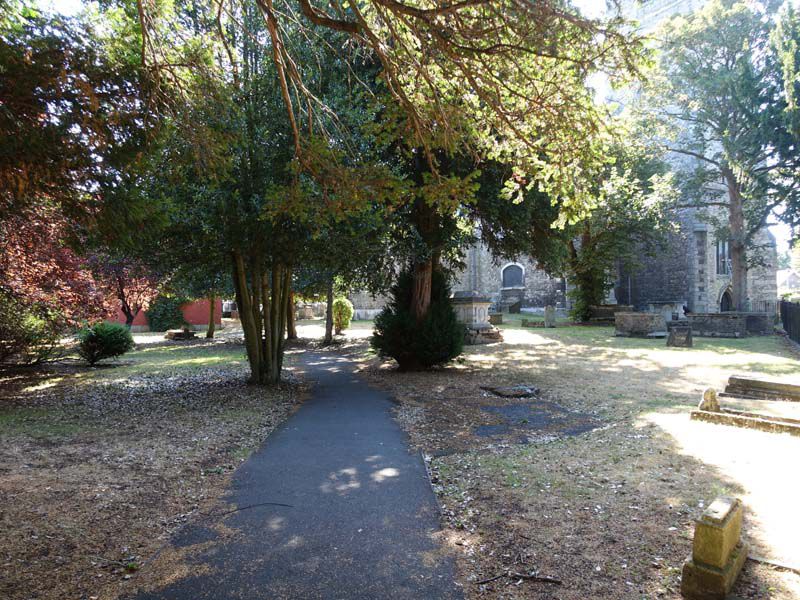 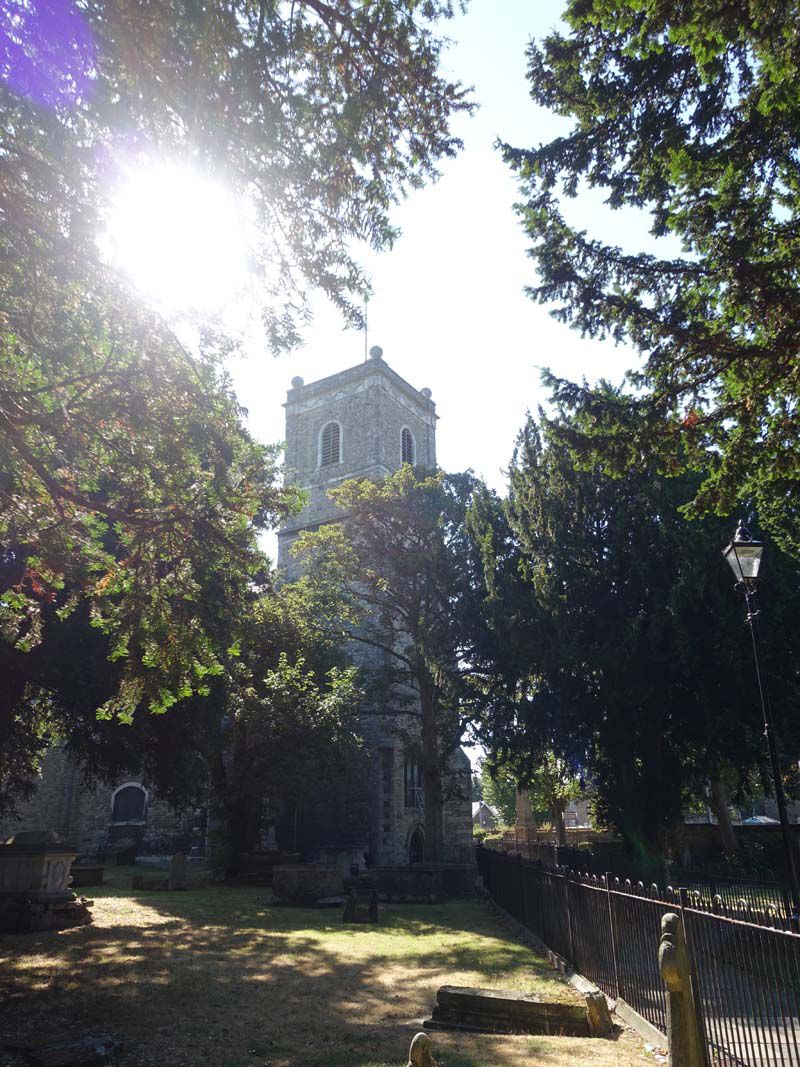 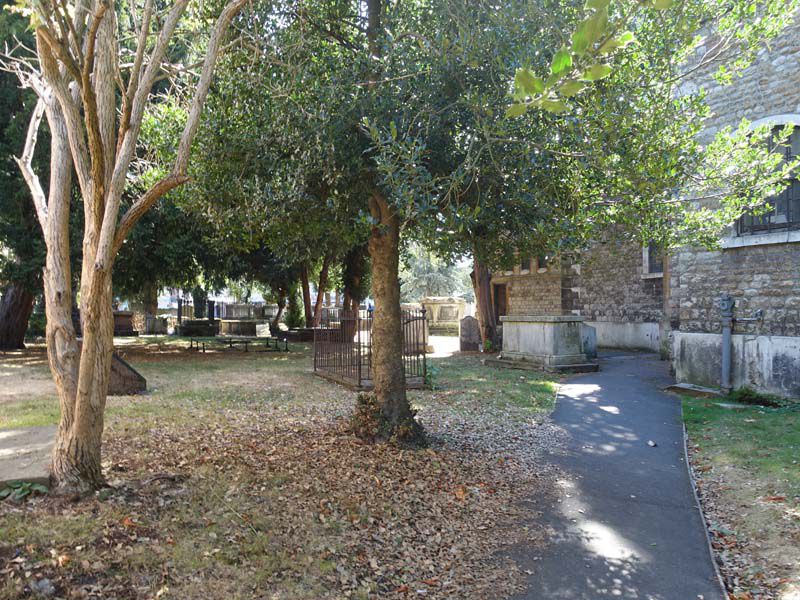 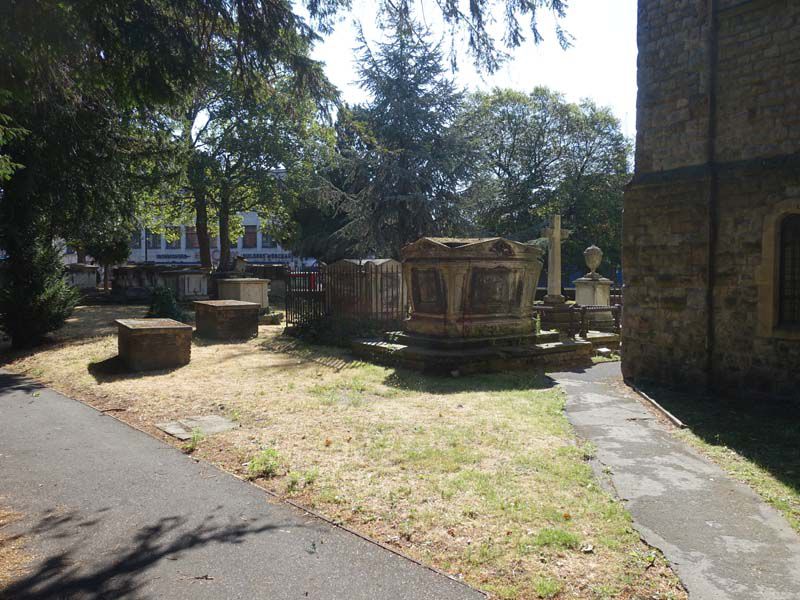 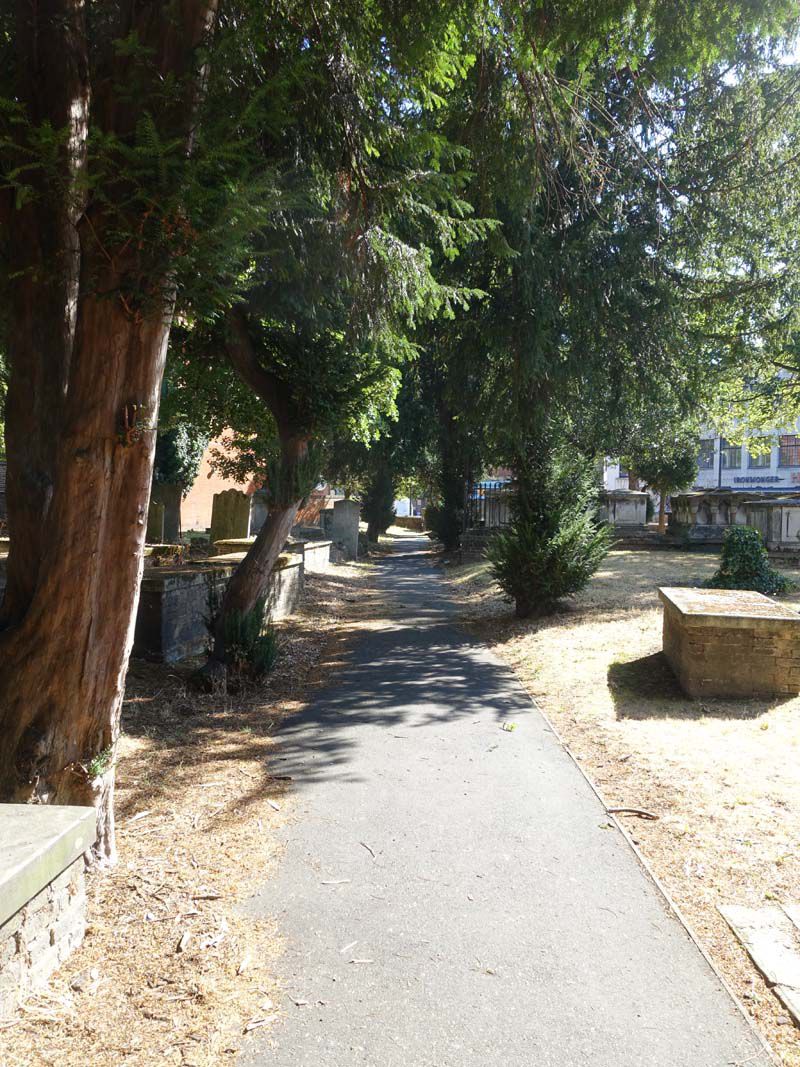 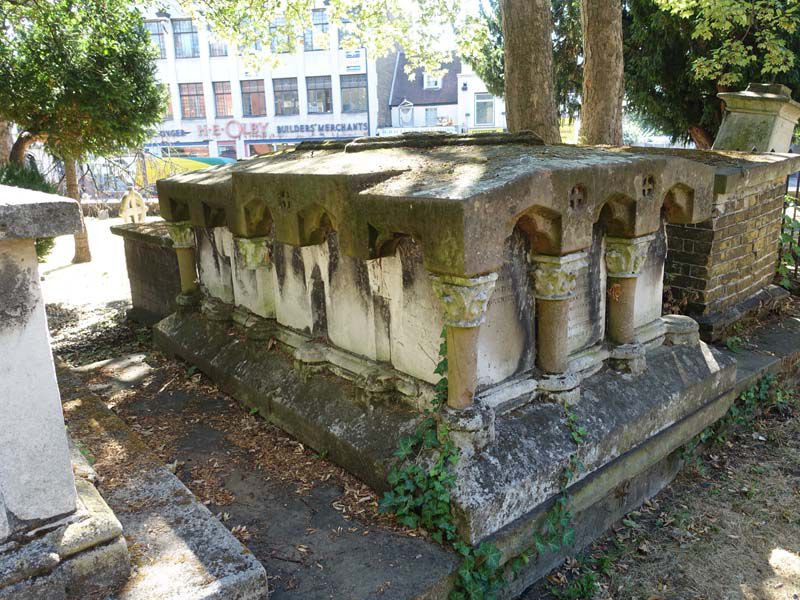 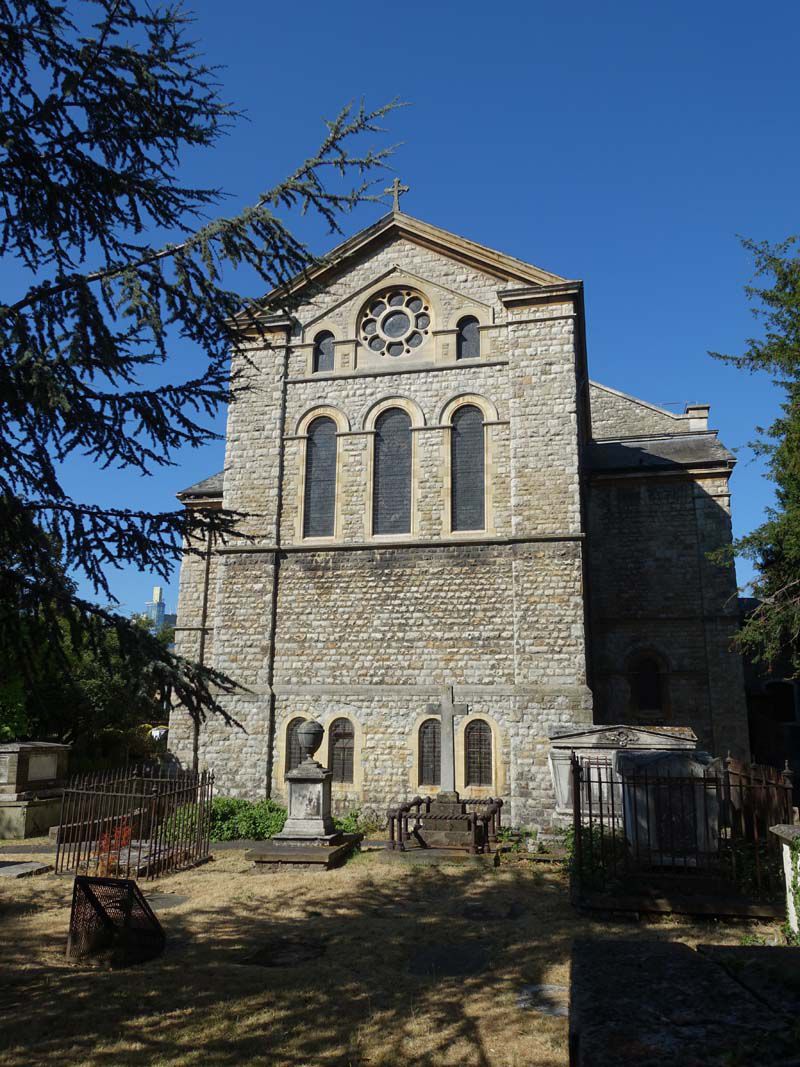 This shop has the unfortunate reputation of being hit no less than six times by different lorries each collision resulting in substantial damage. Back when I was a teenager it was also the only place I knew that sold imported American Dragster Racing and Hot Rod magazines which I used to buy. It was also a dentists for a while and it was whilst being used as a dentist that most of the lorry collisions took place: 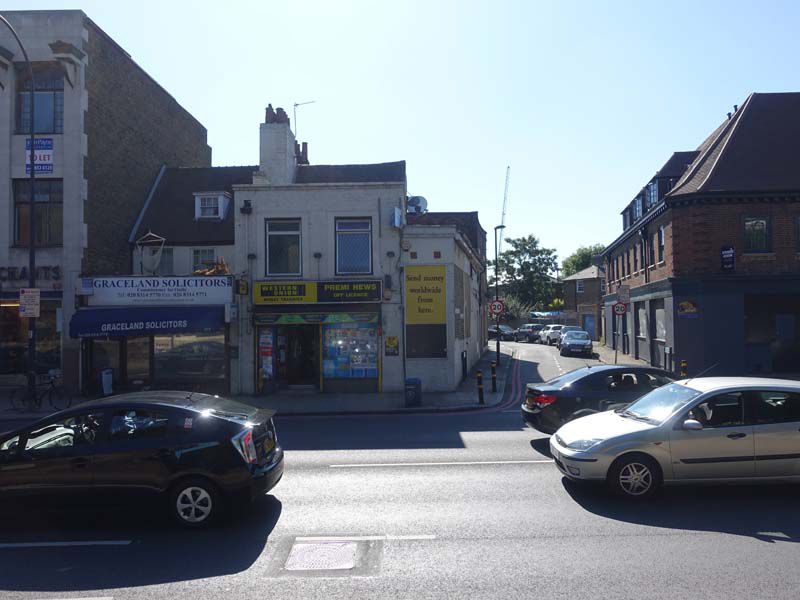 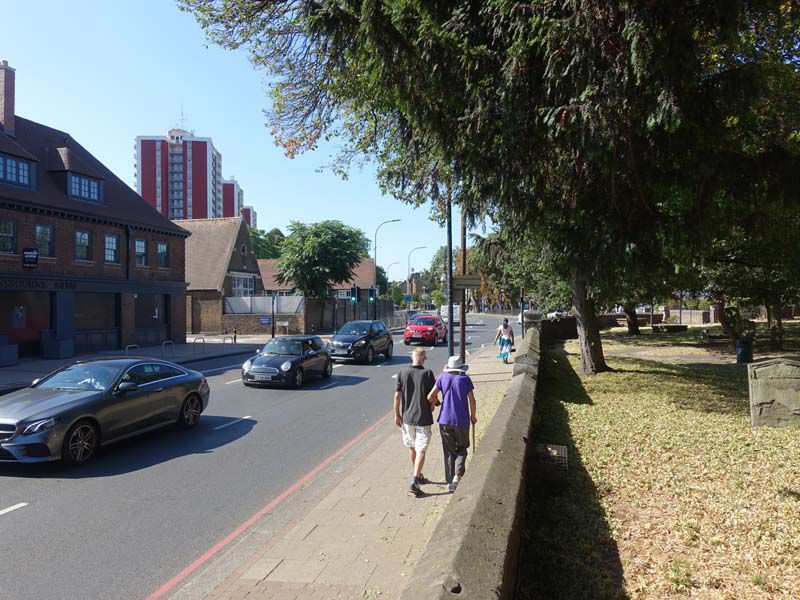 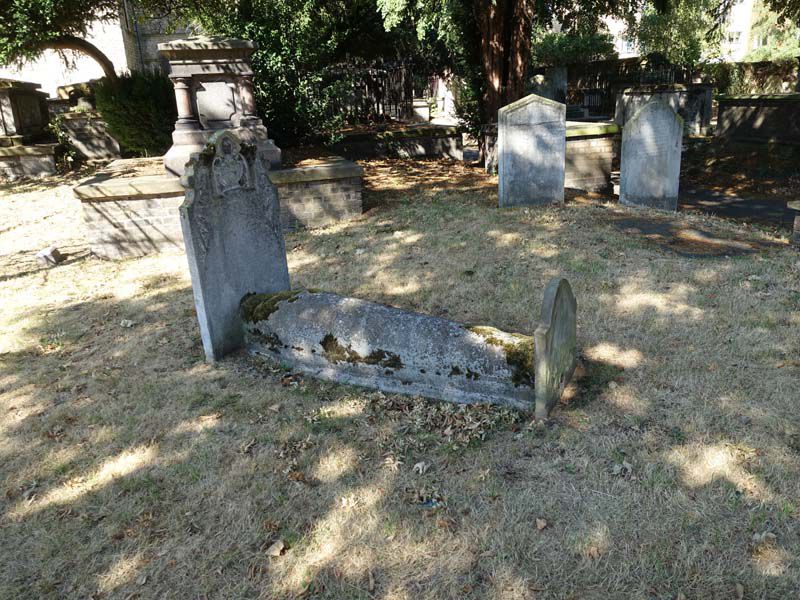 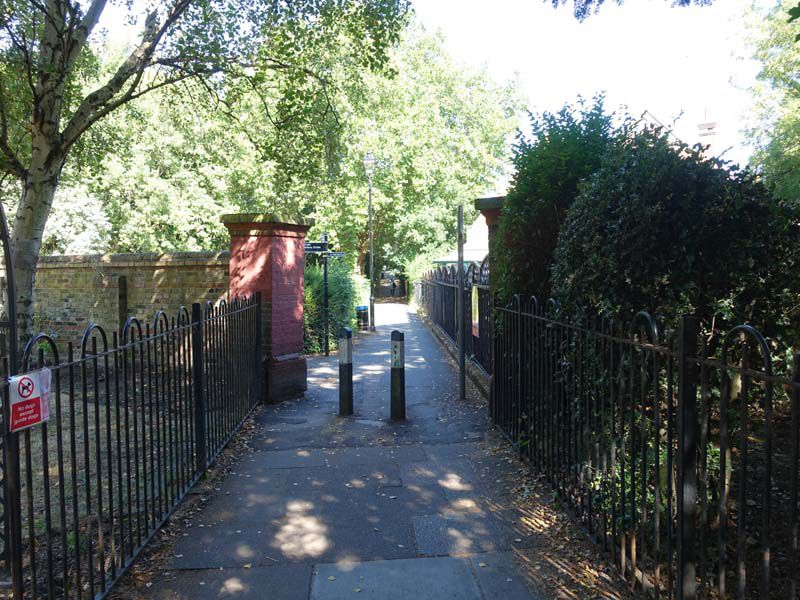 The old Ladywell Swimming baths now out of use and out of sorts: 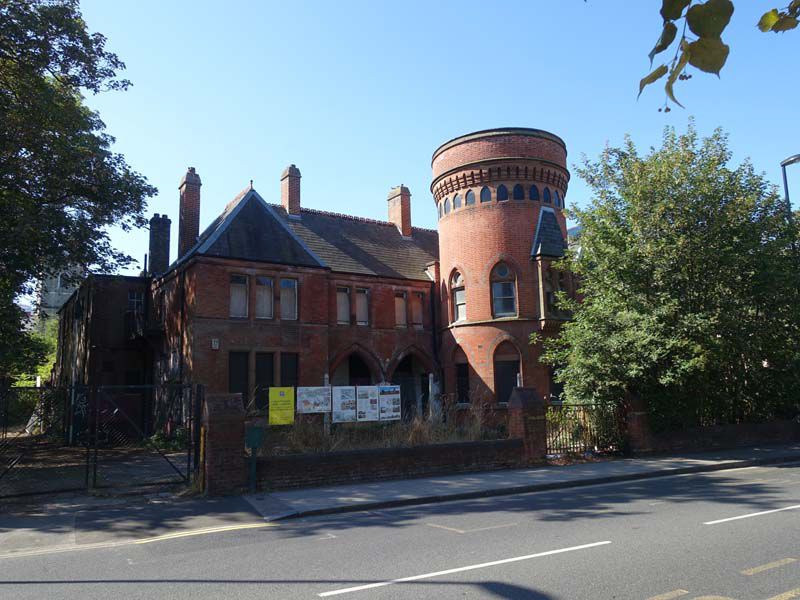 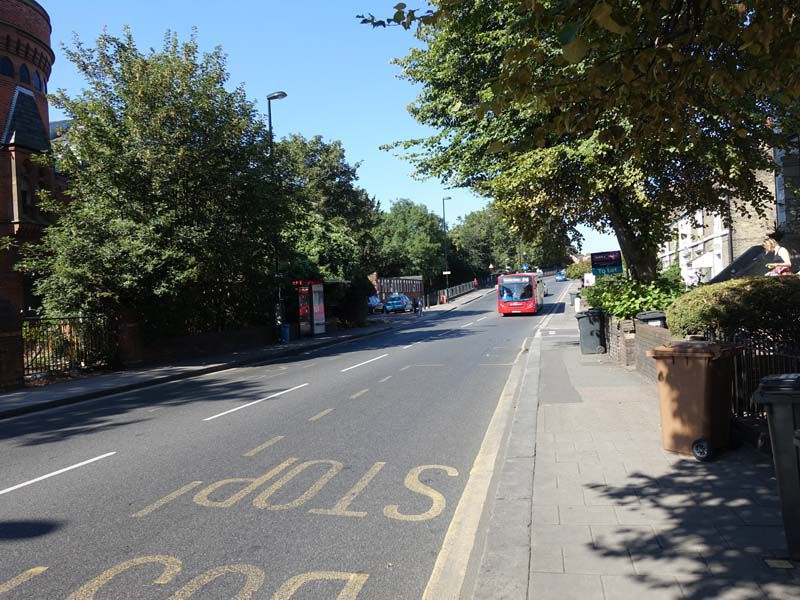 This is Wearside Road Lewisham and in 1979 a nurse I knew working at Lewisham Hospital held a party in one of those houses with the front double length small roofs. I had this American fella named Steve from Houston staying with me and took him to the party where he remarked that he thought there were a lot of good looking females in England to which I replied 'I know'. We called Steve, with startling originality 'Tex': 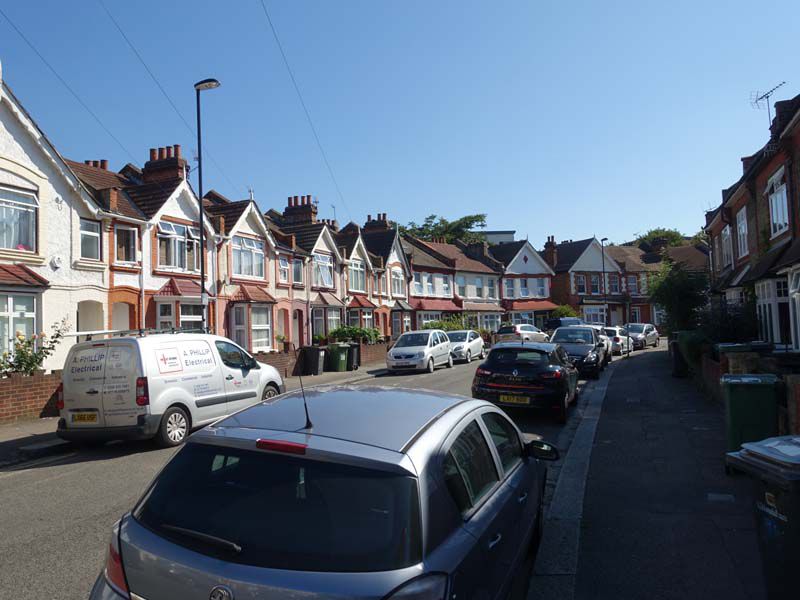 always enjoy your little saunters out

Glad to hear everything went well at the appointment, that must be reassuring for you

Those are nice pics, what kinda cam are you using?
Ad

Abraham Andres Luna said:
Those are nice pics, what kinda cam are you using?
Click to expand...

Good to hear that you were given the all clear. Were you scouting out the church and grounds for future use ?

Abarbarian said:
Good to hear that you were given the all clear. Were you scouting out the church and grounds for future use ?

Nah, they wouldn't take a heathen like me, I'd like to think I'd end up as ashes or compost but more than likely will find my way to the municipal tip...