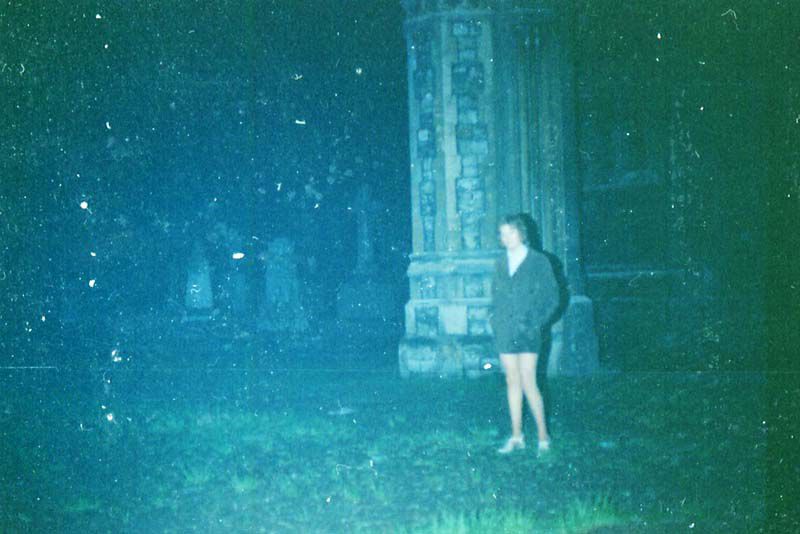 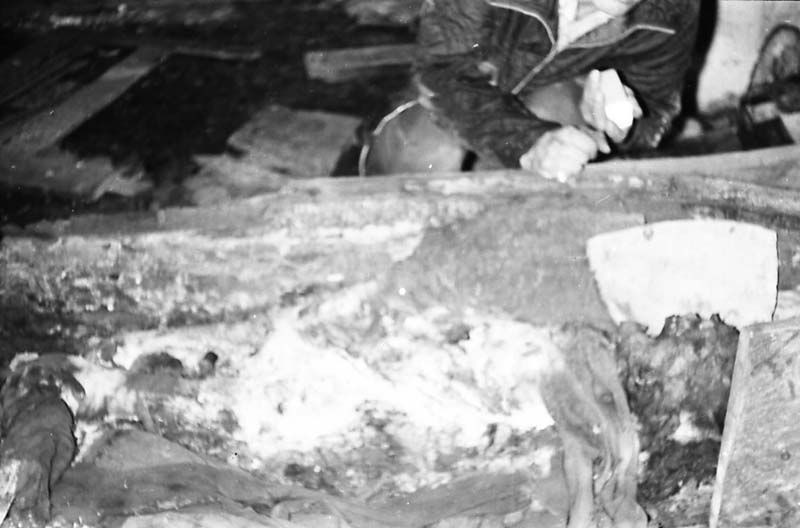 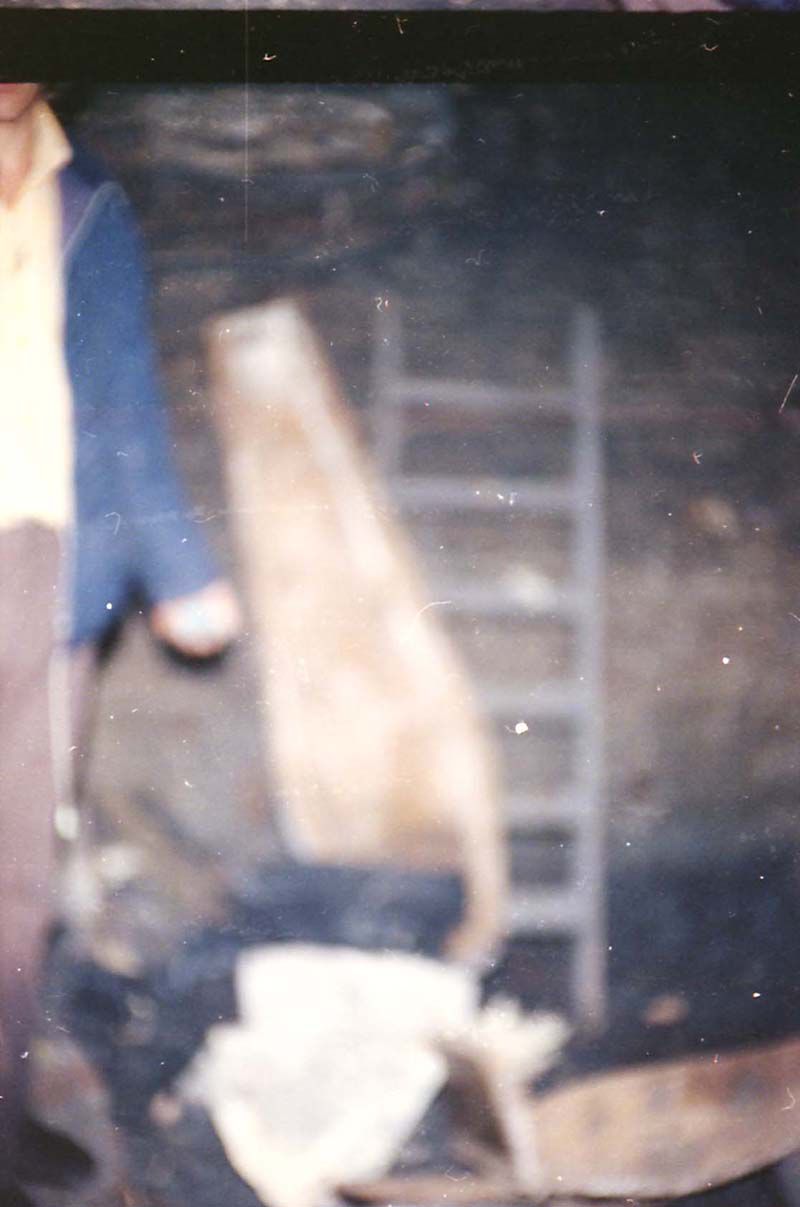 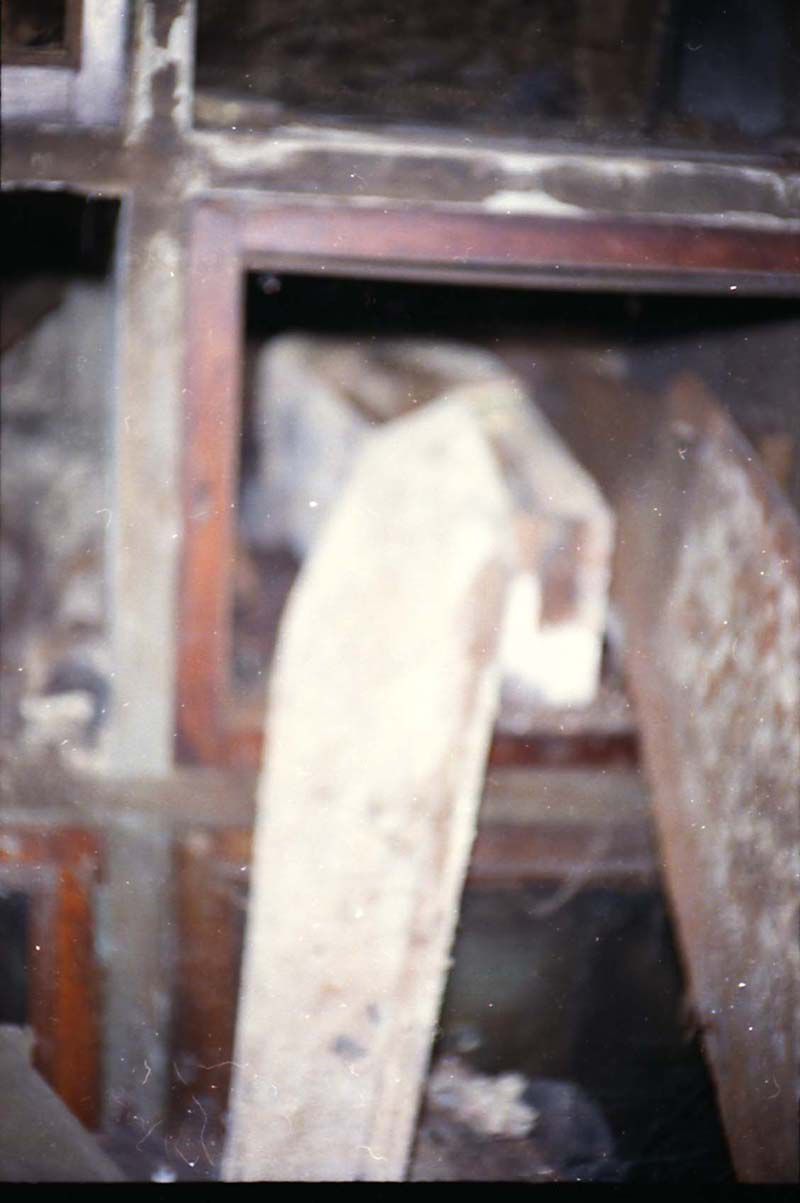 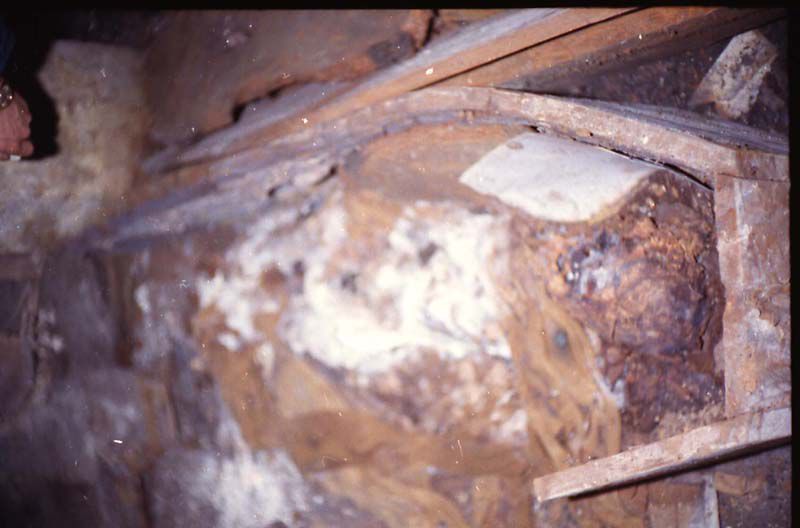 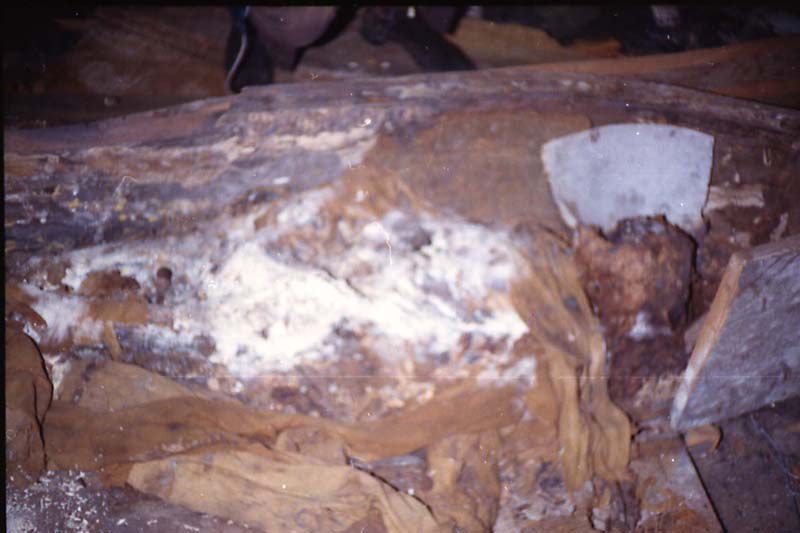 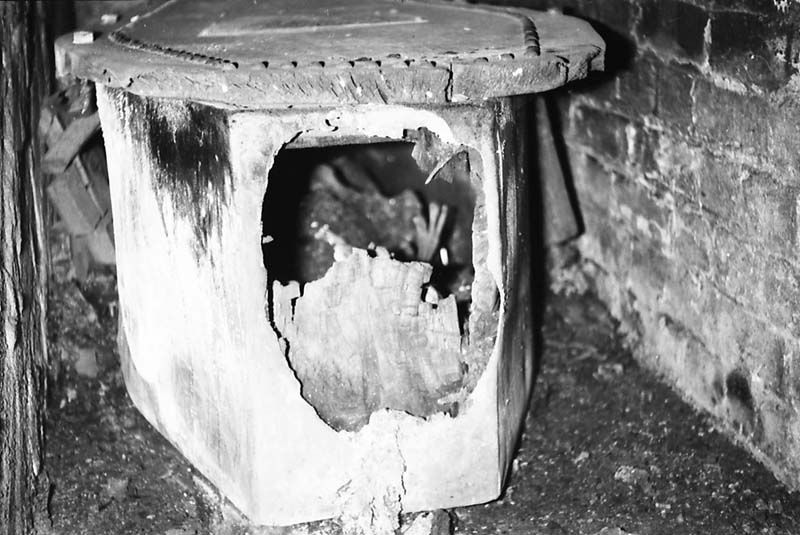 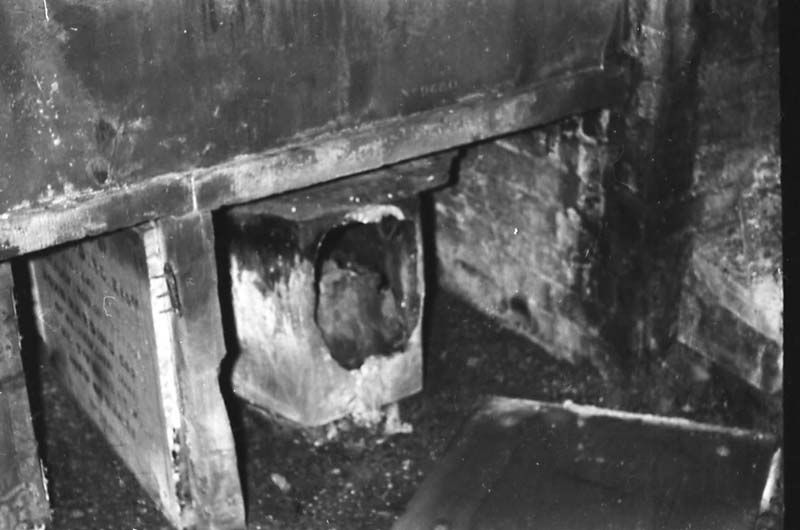 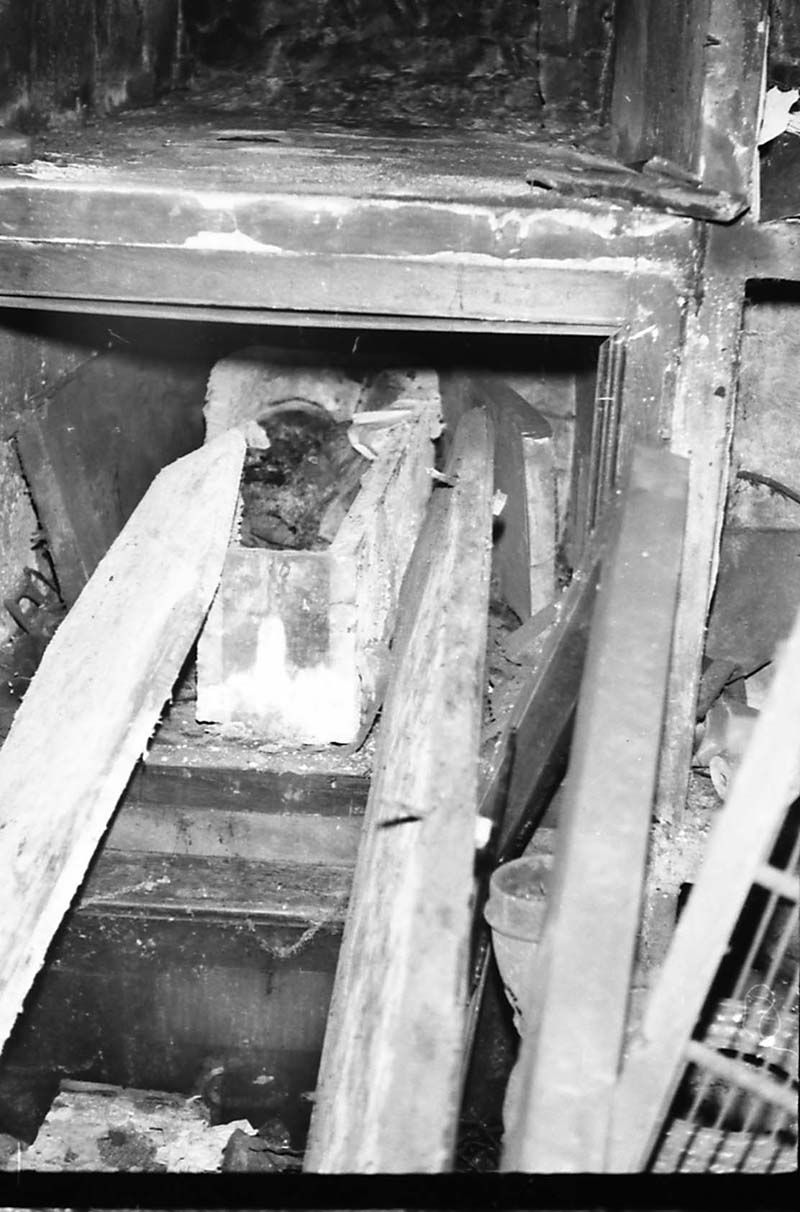 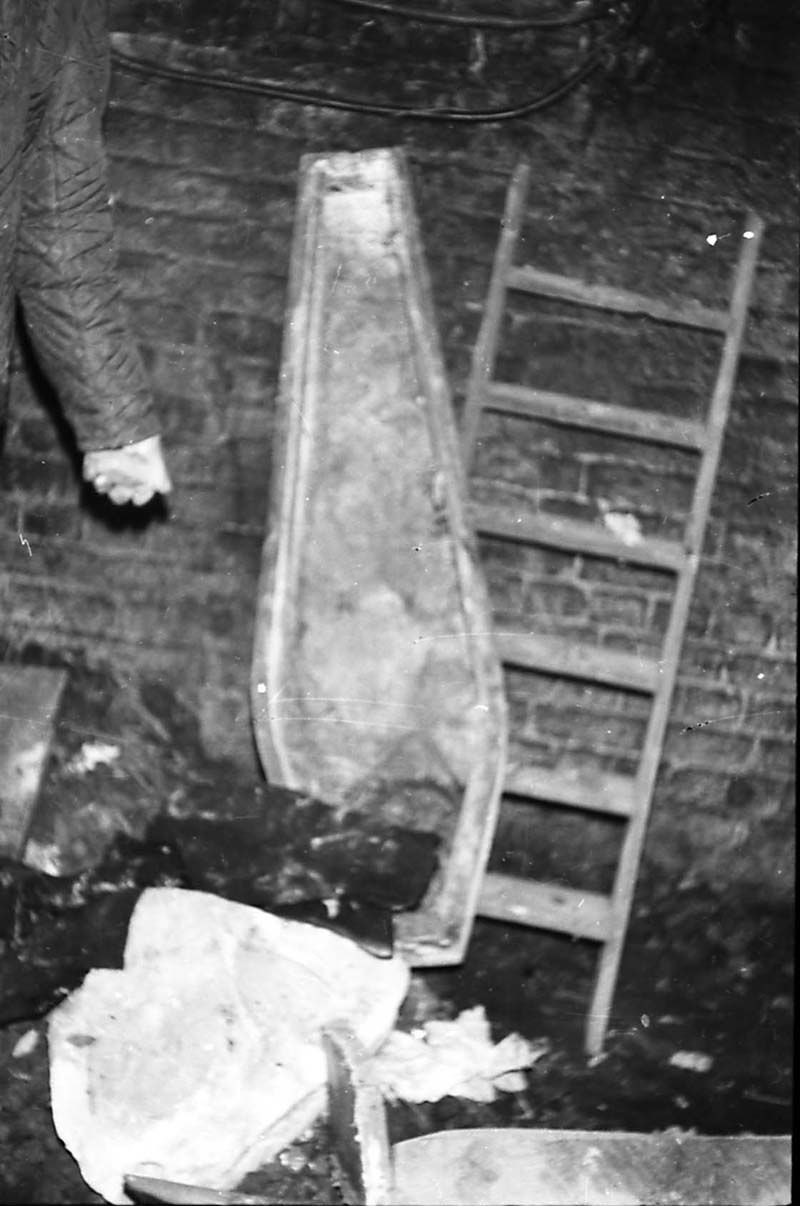 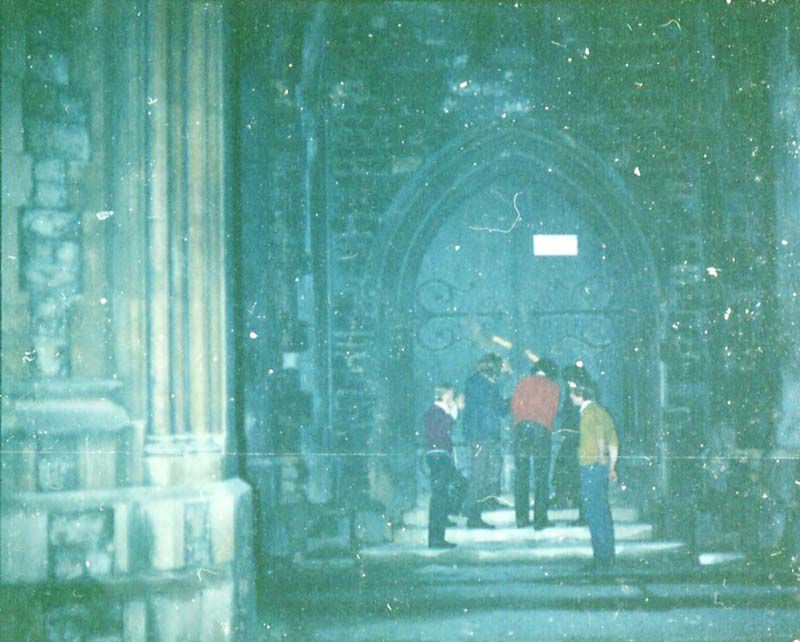 In June of 1970 I really was quite young. The group I hung out with were always looking for things to do, me included. One Sunday evening/Monday morning, we discussed a cemetery we’d read about locally, Nunhead Cemetary.

Apparently, it was deserted, overgrown and quite unkempt. Sounded like fun so after leaving the dance hall at 11pm, we went looking for it. First, we wound up at a cemetery in Brockley, which wasn’t overgrown or scary at all. Still, we went for a walkabout by moonlight there and said hello to the dead people.

Drove around, eventually found Nunhead Cemetary. It was locked up. We walked the perimeter, walked along a lonely walk bordering a reservoir the locals had named ‘The Jack’ cos everybody got mugged there. But by now it was at least 1am, the muggers had gone home.

Climbed the wall, found ourselves amongst overgrown undergrowth and broken tombstones. Very spooky. After struggling through almost jungle-like growth, brushing cobwebs from our eyes and ignoring the bats, we found ourselves at the centre of the cemetery, the Chapel. Which had a crypt.

Everything was locked, but we found a window at ground level, forced it open and dropped down into the crypt, all six of us. There were six of us males and one girl, Lynne, me mate Roy’s sister. She stayed outside.

What we saw there spooked us, in short, three of us crapped ourselves and wanted to go (I was one of those) and the other three thought it was a big jolly.

The crypt as I remember was either hexagonal or octagonal and each wall had spaces in it for coffins, kinda like a beehive. Other people had been there before us, coffins had been pulled out to the ground and opened and there were what looked like Satanic symbols spray painted on the walls. Most disturbingly, there were a couple of child coffins, emptied. You can see one of those in the photos above.

We only had two torches, but we saw bodies over a hundred years old, including a judge who’d been buried in a lead lined coffin. There wasn’t much left of his face but his clothes – all lace and velvet – were still pretty much intact. His coffin had been opened by previous visitors. We just looked. Somebody, one of us, stumbling around in the dark, put their foot through the chest of a corpse and asked for a torch to be shone at their feet to wonder what it was they’d trodden in.

That night, after we left, I slept with the light on. Oddly, I was working for local newspaper at the time and ran a story on the desecration of the cemetery. I’d like to think that story led to the crypt’s final restoration, but I don’t know.

Fast forward, and the place has now been taken over by Southwark Council and is undergoing a gradual restoration.

In the late seventies the chapel suffered an arson attack which destroyed much of the interior and the roof, but the photos below show that it’s still quite a striking building.

I hadn’t been able to visit the place for years but I drove past just over a week ago and noticed the pedestrian gate was open, so I went and visited. It really is quite a unique place. Very peaceful, very interesting and you’d never imagine you’re in almost central London, folks walking their dogs there.

A lot of the graveyard is overgrown, many gravestones overturned, crumbling and in need of restoration, but it’s getting there. It sure was weird going there again after all these years.

Below are photographs, the first lot on my first visit, where if you study you can make out corpses. Some are bad quality but I was, after all, rather nervous at the time

The rest of the photographs give a picture of how the cemetery is today.
Last edited: May 7, 2017
Ad

Edit: Will endeavour to add the newer pictures in the near future - flops
Last edited: May 7, 2017

Must of been strange going back after all those years flopp's...

Theres something really weird that happens to me when reading grave stones, i get a funny sensation...this happened when reading samuel williams grave stone in your photo's....can't explain it as there are no words for it....

Some wicked photo's though flopp's, all those skeletons though scary....

After going to the movies with Lisa (pics on my DA) and her mate, we dropped her mate off home... then went to a church at about 10 or 11pm - pitch black. Decided to walk through the graveyard to see if it would freak us out... nope... so we sat at the edge, couple grave stones behind us and discussed various things for maybe a half hour or so and watched the moon drift through the trees with the silhouette of the church a magnificent building looming in front.

I dont know why it didnt freak me out, laying on the grass between gravestones, but rather than chilling, we were chilled. Totally relaxed. I dont know why.

Its funny how being with someone can make such a difference to your state of mind - i wouldnt have done that on my own, but i know i sure as hell wouldnt want to have been as would have been scared. not afraid to admit that.

Crazylegs, i know what you mean - i think. You read gravestones and its like a shiver and a sense of awe rolled into one and you just freeze momentarily... or something like that.

Excuse me, that's my side of the bed, said Dylan.

Sorry, it's just in my nature, said Dylan.

I lived in an old house once which was next to a medieval church yard. The kitchen was below ground level and looking out of the window you were eye level with the tombstones! Quite an odd sight when you are doing the washing up!
C

I'm researching a film set in the early 70s that touches on the epidemic of grave desecration and 'satanist' activity that flared up at the time. Your account of finding the desecrated coffins in Nunhead Cemetery is fascinating! Is there any chance you could re-post your photos, or better still, send them to me privately. Cheers

Hi ChinChin, as you can see those pictures are no longer in the public domain.

Do you have links to any other filmworks you've been involved in?
C

Hi. Thanks for replying. If you're asking about my films to see if I'm legitimate I can certainly share some links with you but would you, if satisfied, be willing to share you Nunhead photos?
C

Hi Floppy Boots. So... where are we with this? Is there any circumstance in which you'd share those photos with me? Shall we have a private chat via email? The project I'm working on is a little sensitive and tends to attract angry weirdos!
Ad

I requested information, you declined without me committing myself, I have no idea who you are.

Therefore, no, I'm not willing to share the photographs.
C

Hi - I'm not asking you to commit yourself at al! I was just suggesting that we take our conversation off a public forum. Then I can explain who I am and why I'm interested in your photos without the risk of attracted the aforementioned angry weirdos. After I've explained myself etc you may still not want to share the photos which is entirely up to you and understandable. So that it's my private email on this forum and not yours, I offer my address and hope you'll email me at it: (e-mail address removed). Hope to hear from you soon, cheers - Ben

To all forum members: I eventually spoke to the fella posting above - Ben - who proved genuine so I e-mailed him all the pictures I thought may help his project and spoke to him for around half an hour one evening.

I have added the original pictures from all those years ago, not very good quality but perhaps of historical interest.