In search of a new Obelisk

In the corner of my living room, by my dining table, I have a shelving unit where I house my miniscule CD collection and a selection of favoured ornaments. Amongst those ornaments are a collection of characters from the comic book series Asterix The Gaul. So far I have six but there are about that many again available.

When I've finished in those two I'll head towards Charing Cross railway station down Berwick Street which takes me through the small remaining 'naughty' part of Soho, the sex shops and strip clubs, and past Trafalgar Square. Half way down Berwick Street by the market area is a shop named Gosh Comics who sell the Asterix model figures. Over the years I would buy one figure per visit, they used to cost a fiver each.

My original Obelisk figure kept falling over so I would bend his legs to make him balance and stand up but eventually his leg broke off with the constant bending and flexing. I thought I'd see if the comic shop sold a replacement and they did and I noticed the legs have been redesigned, hopefully to prevent Obelisk losing a leg. This time though he cost seven quid. Inflation.

Here's pix of my Thursday outing starting with pictures of my updated ornament display in my living room: 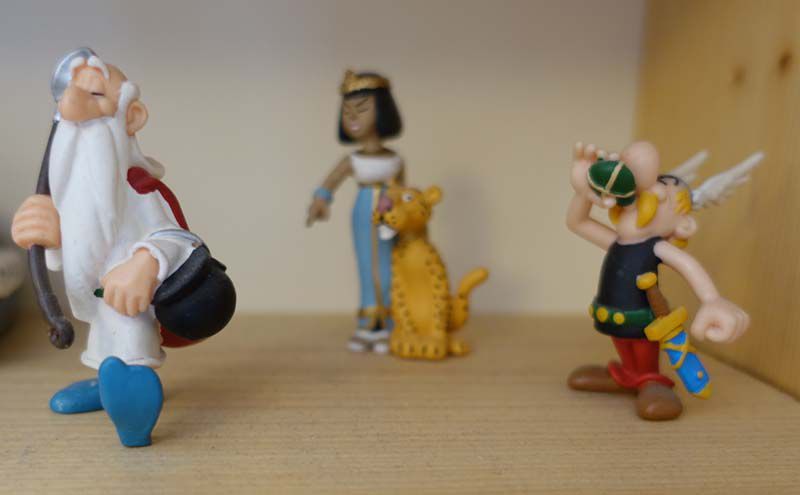 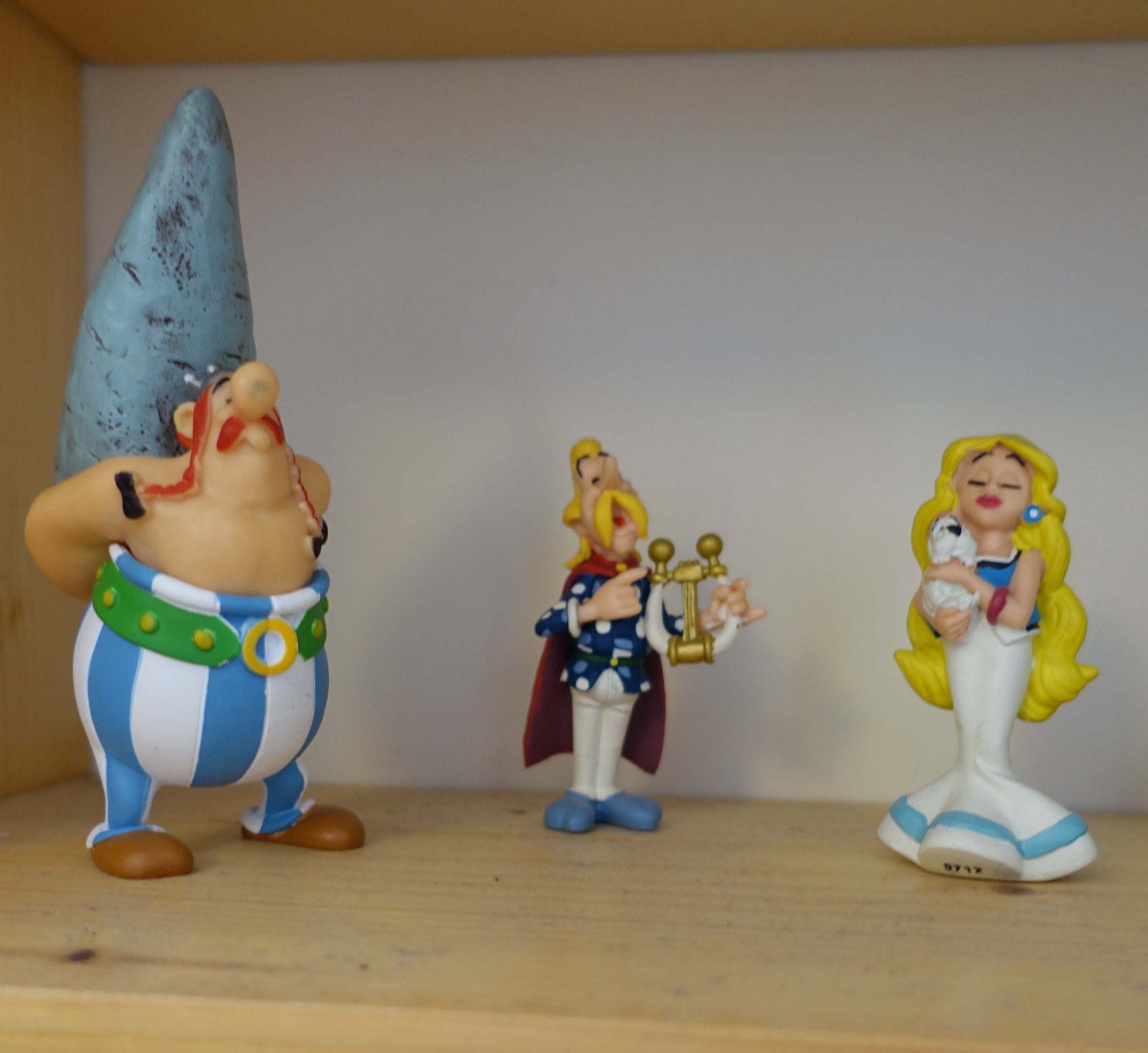 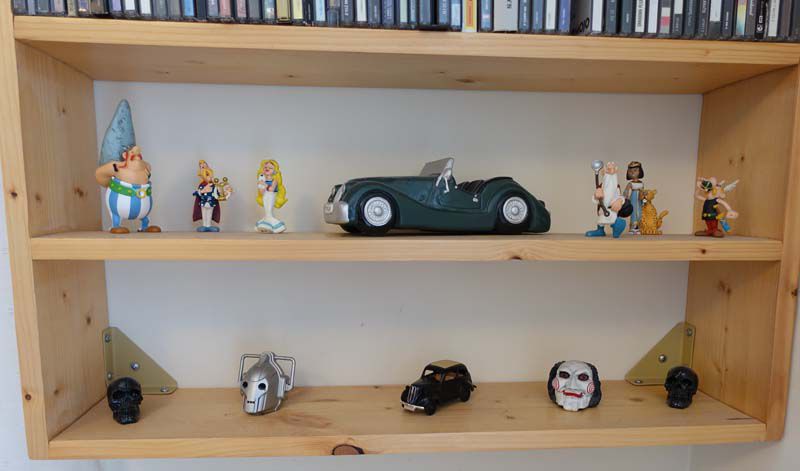 On this visit instead of walking down Oxford Street I thought I'd go along parallel Wigmore Street. Lunchtime on the green for those West End Office and Shop workers: 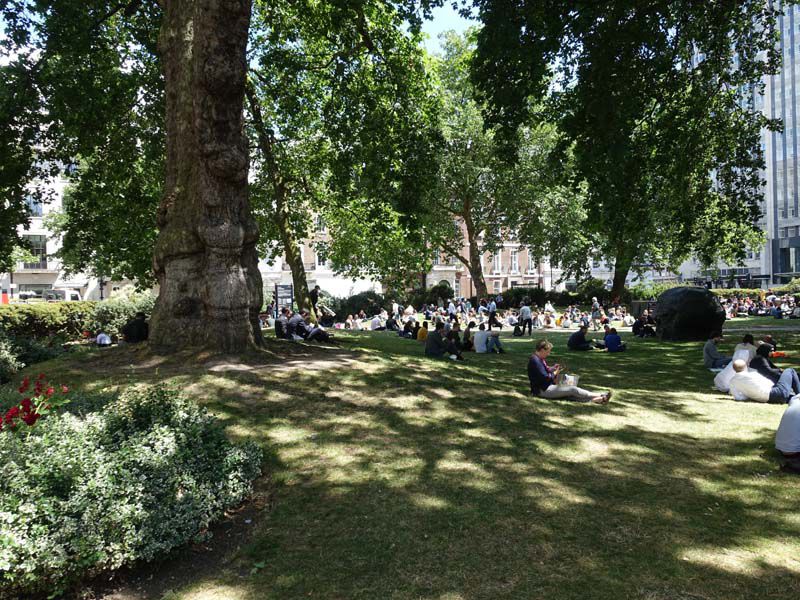 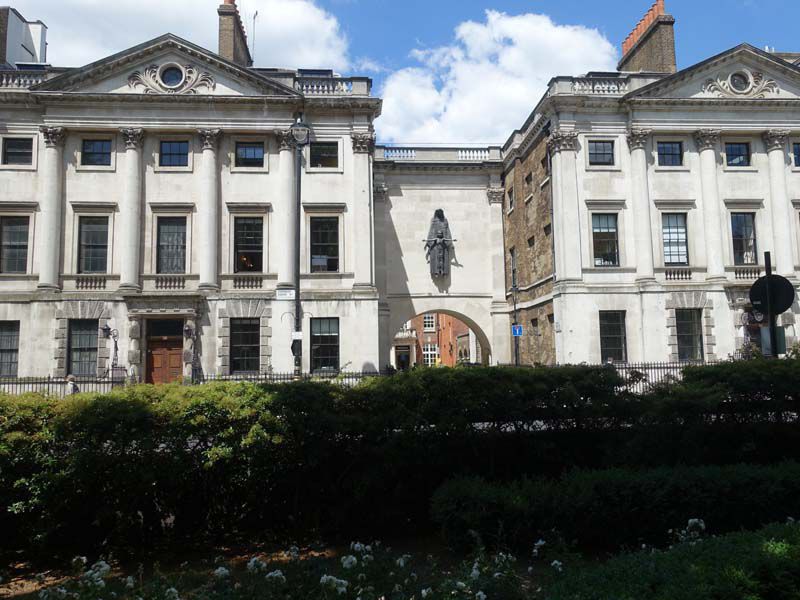 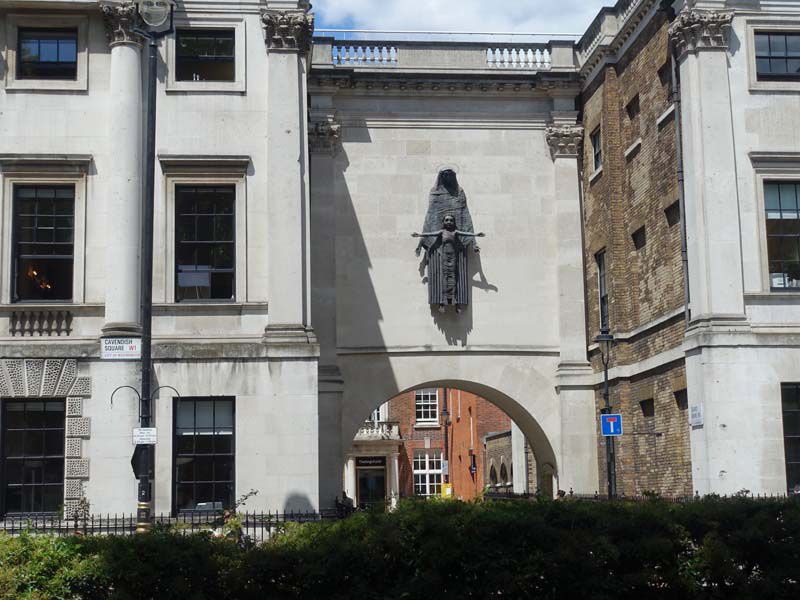 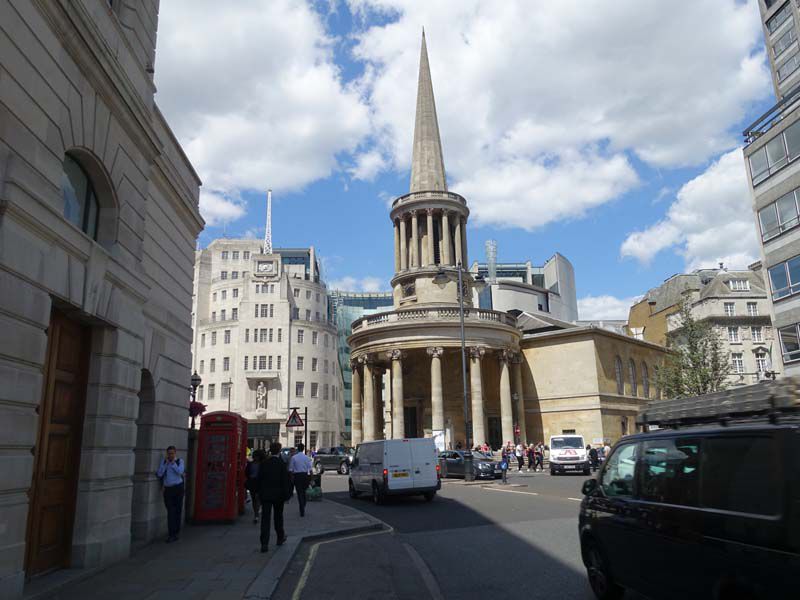 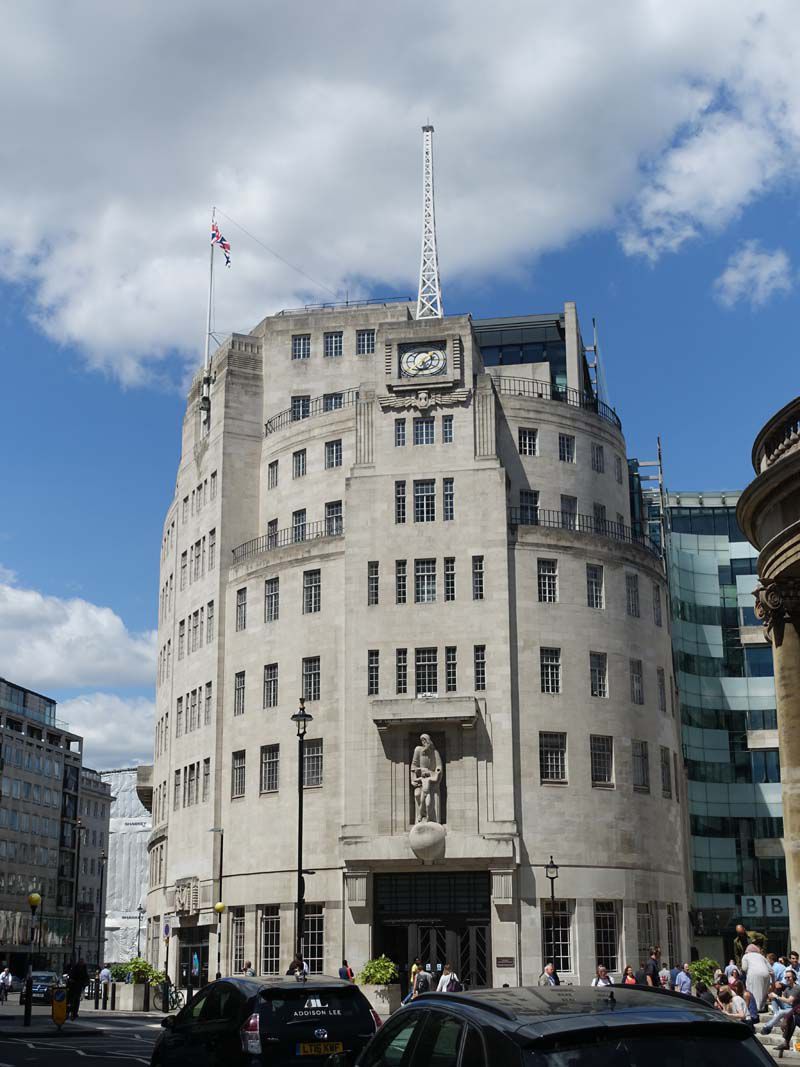 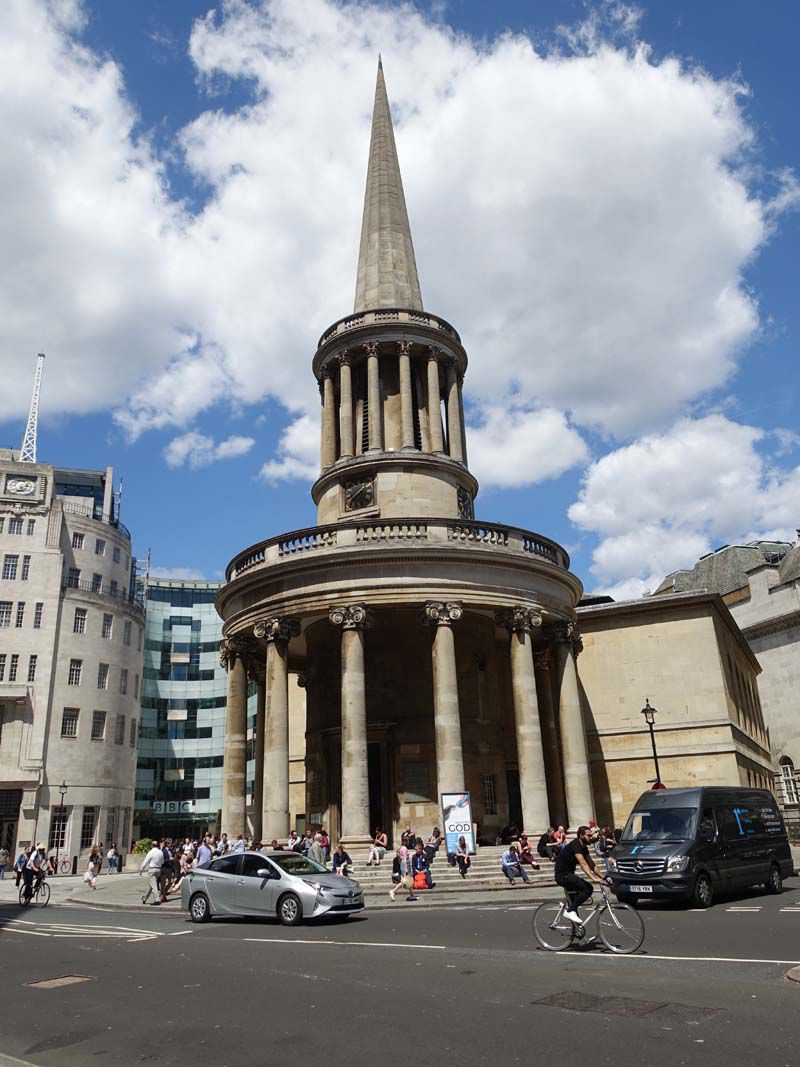 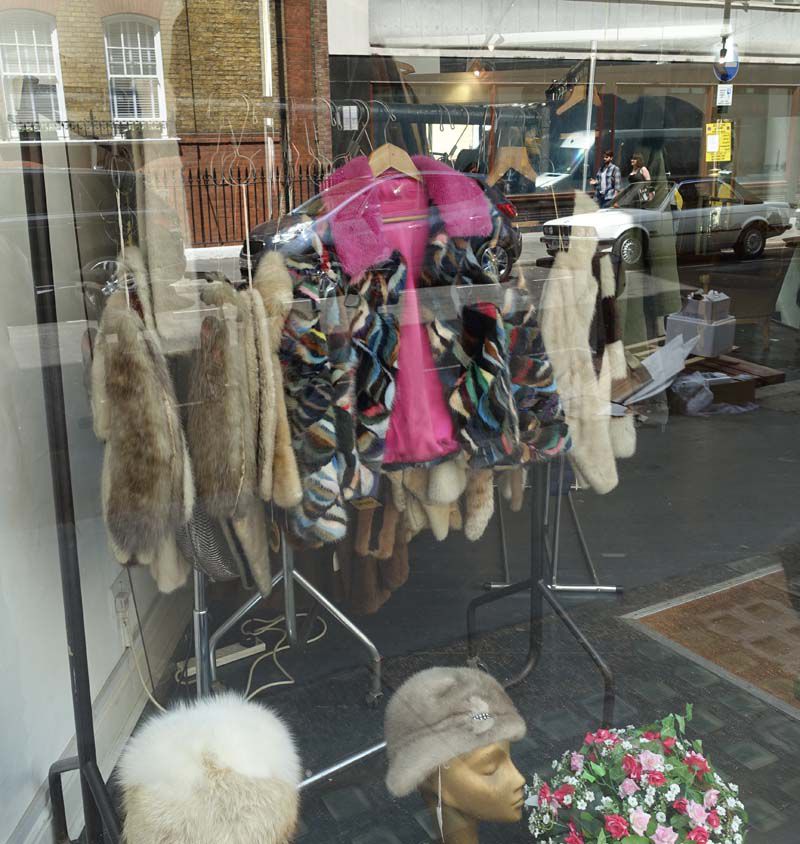 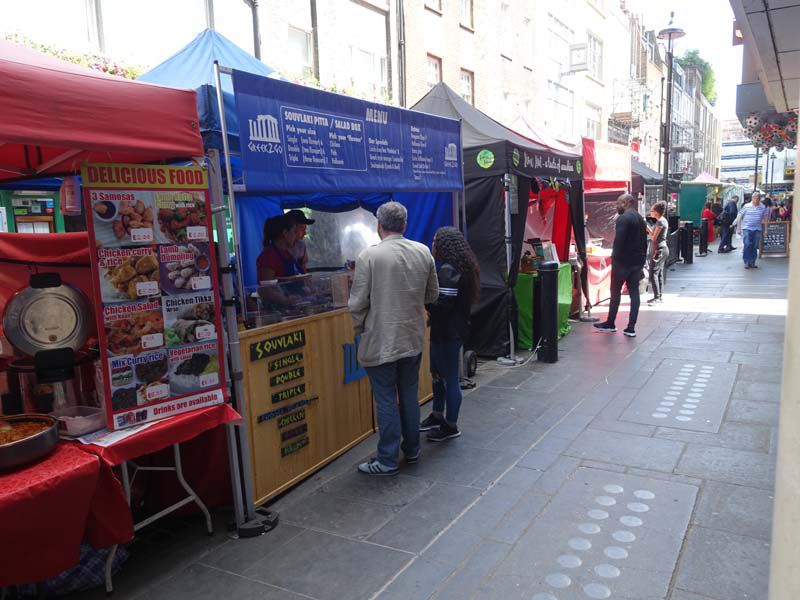 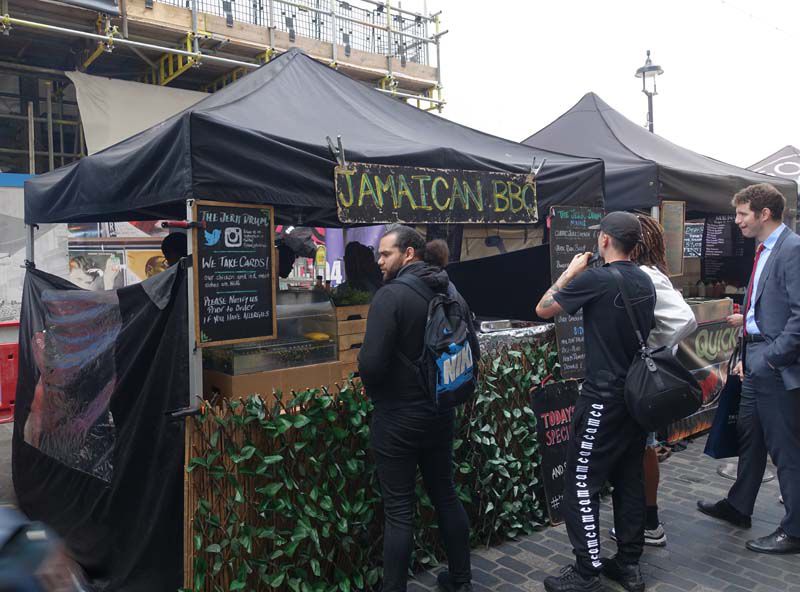 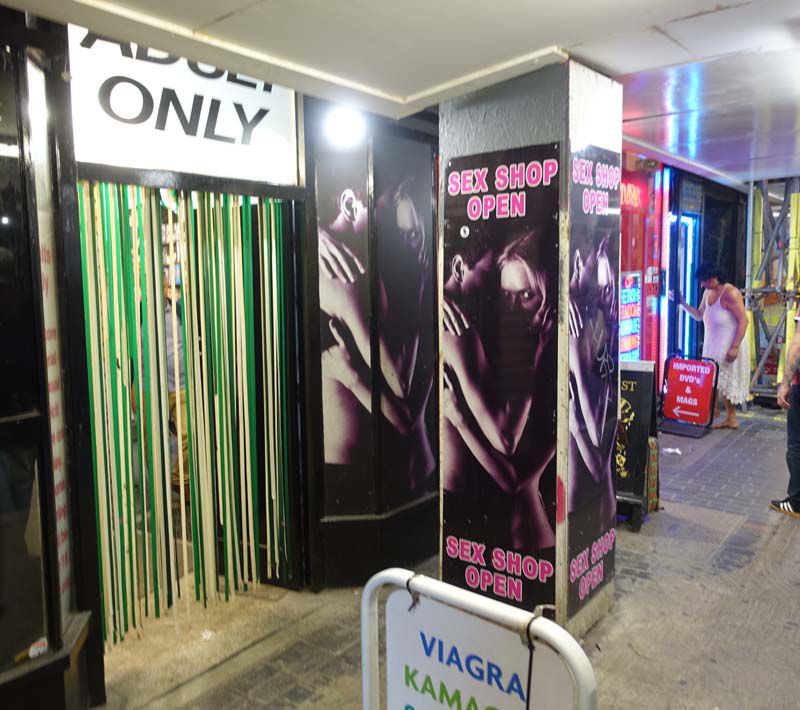 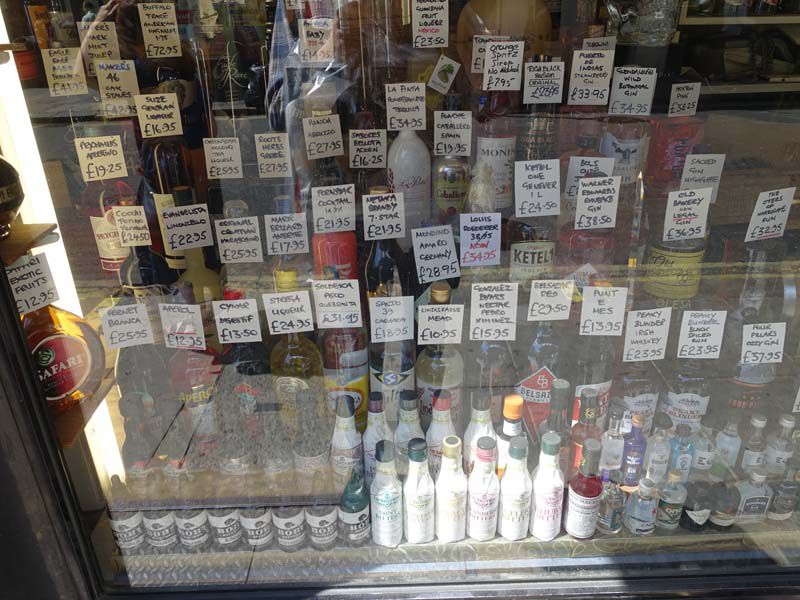 There's one bottle of booze there priced at £1050. Goodness gracious. 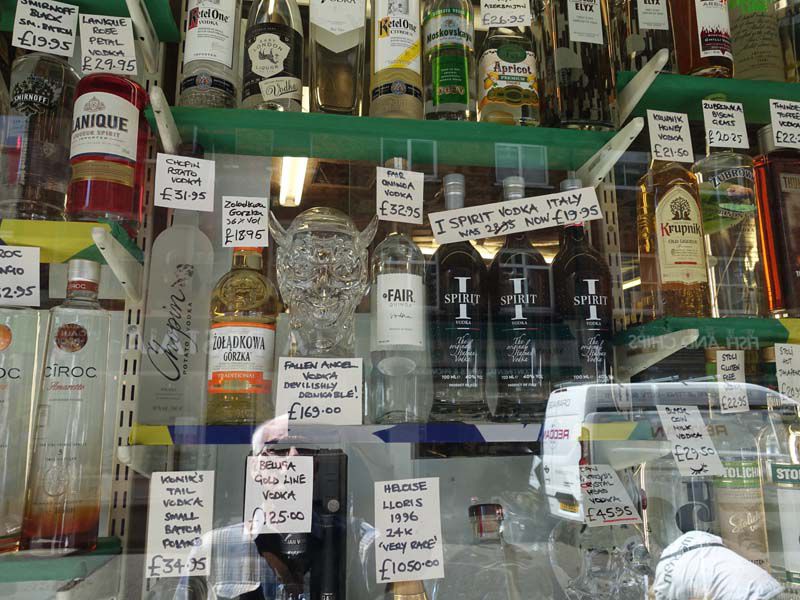 The Admiral Duncan pub in Old Compton Street, London's oldest established gay pub. It is here in 1999 that a neo-Nazi planted a nail bomb that killed 3 and injured 70. One of the guys in there at the time now drinks at one of my local pubs, The Cutty Sark, and was one of those injured. 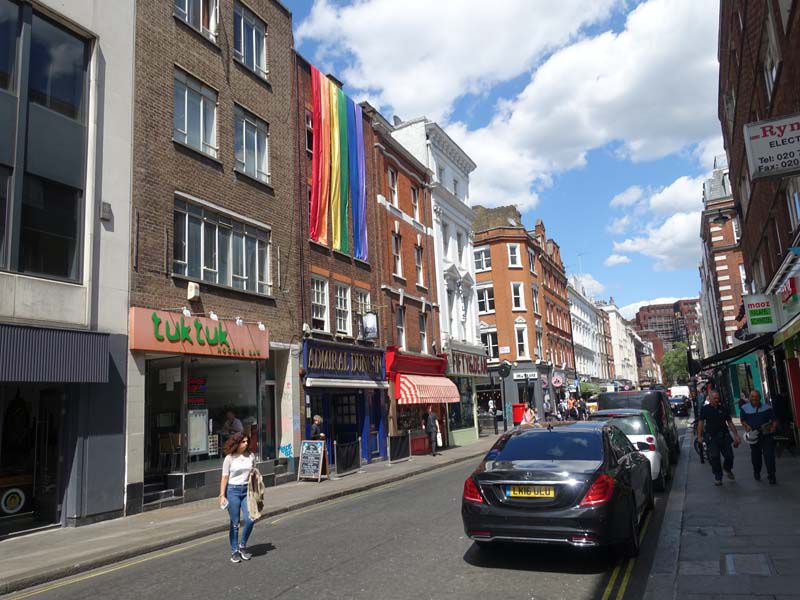 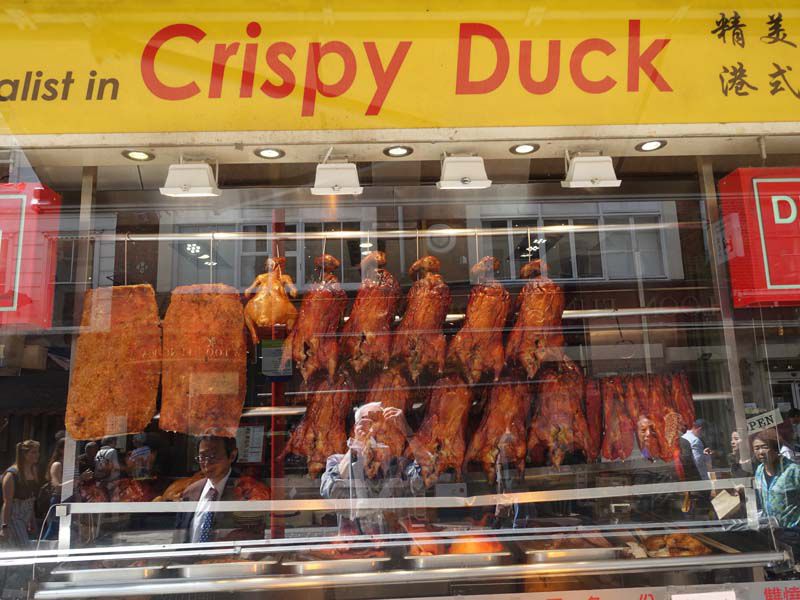 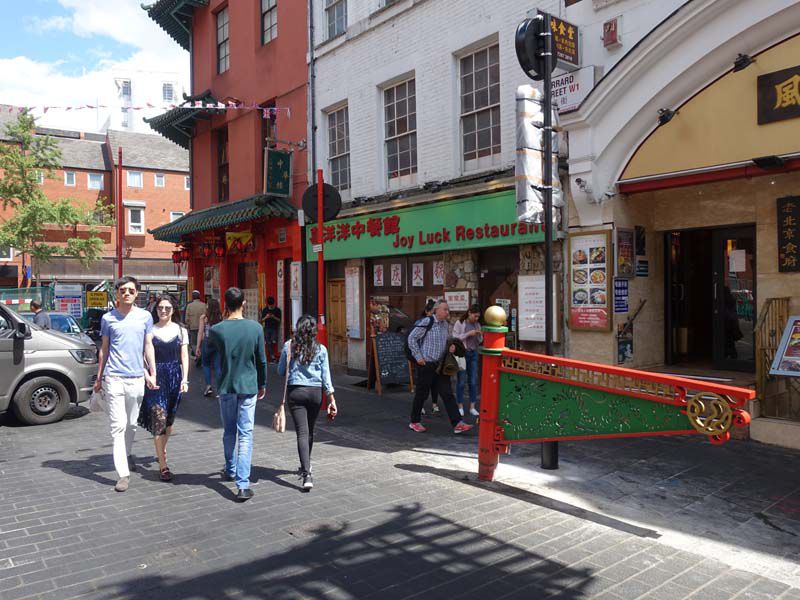 This deli/café at the lower end of Charing Cross Road is one of the best eating places I know, fantastic range of different food including lots of veggie dishes. Think salt beef, falafels, hummus and Feta and spinach samosas. 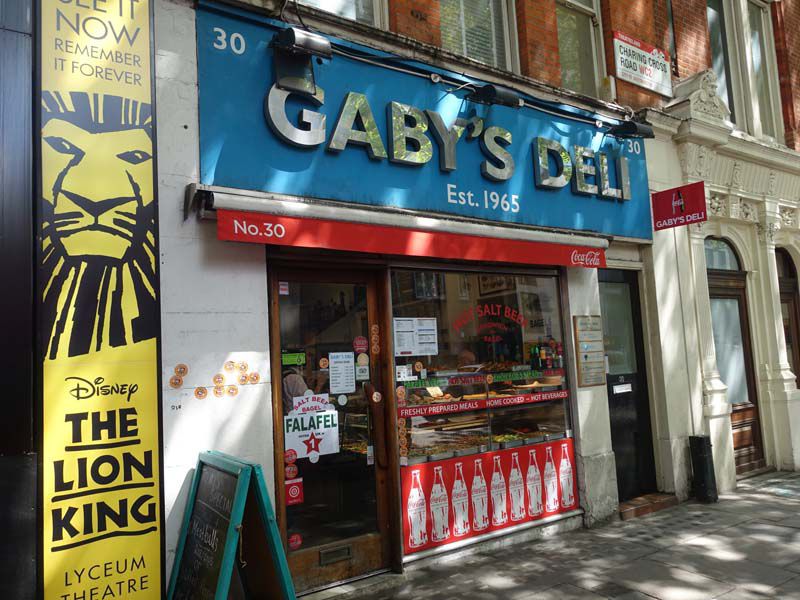 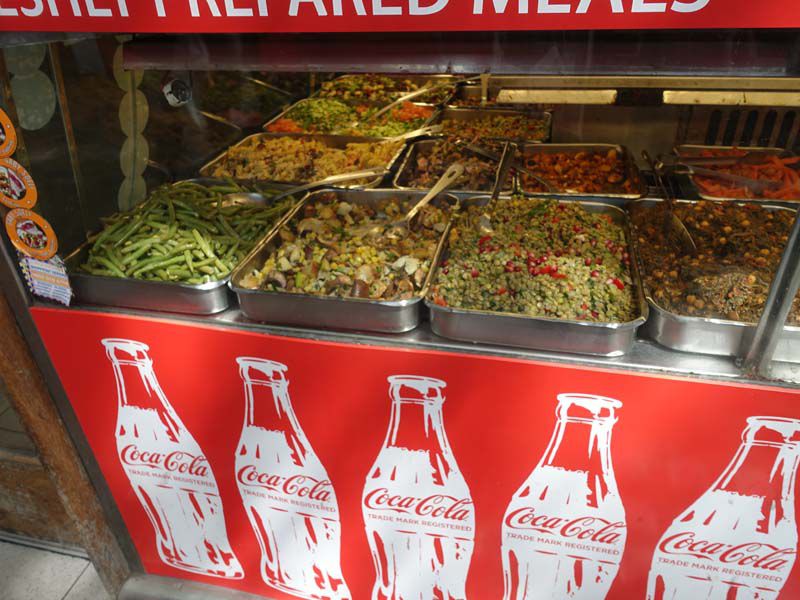 St Martins In The Fields Church on Trafalgar Square 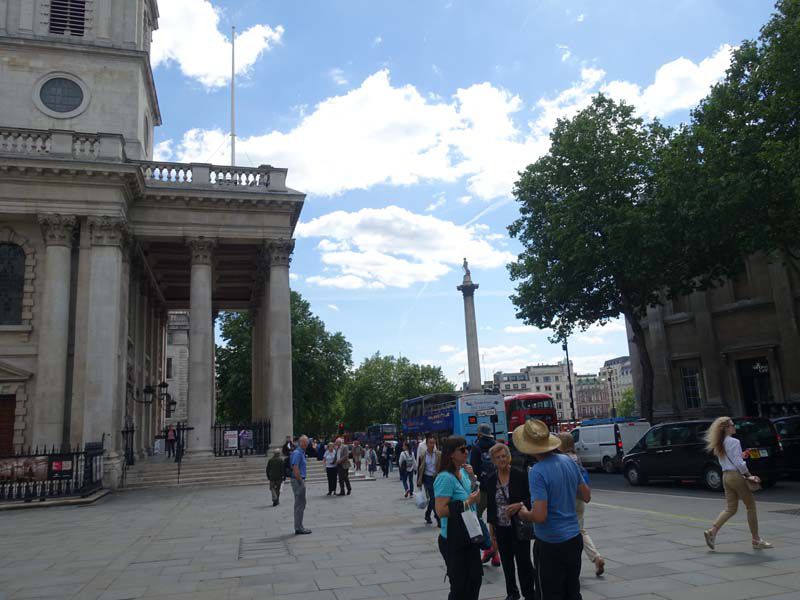 Bit of music anyone? 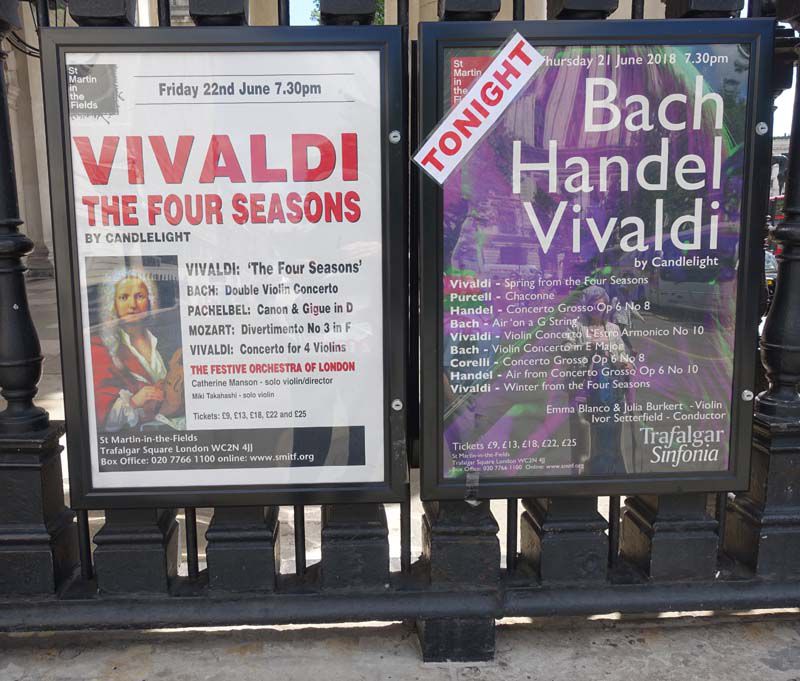 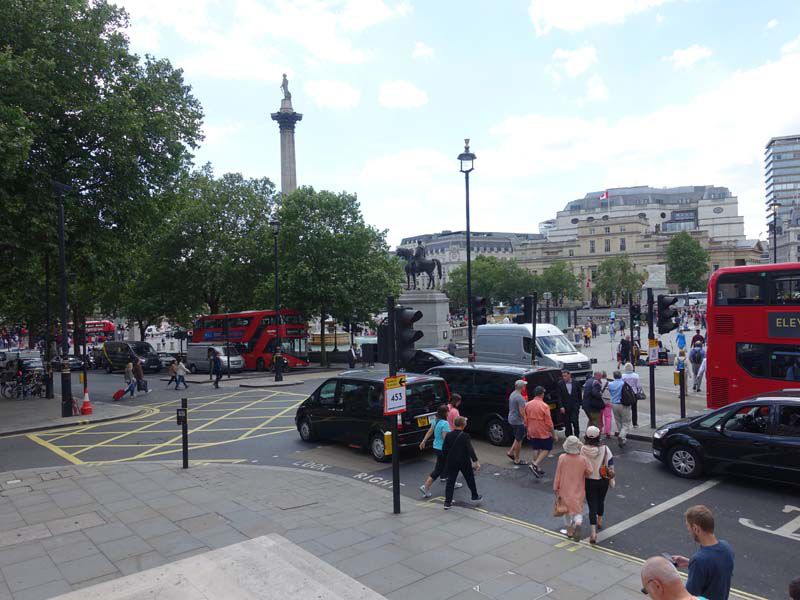 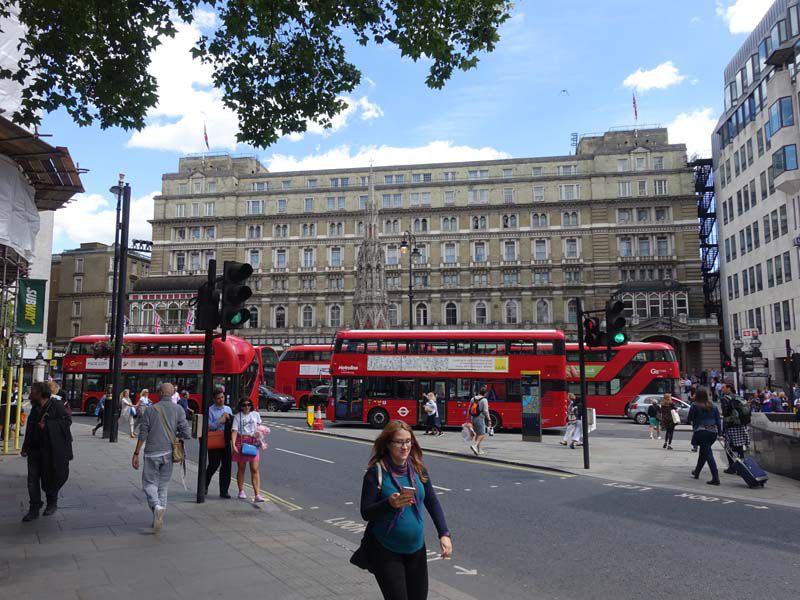 Looking down The Strand 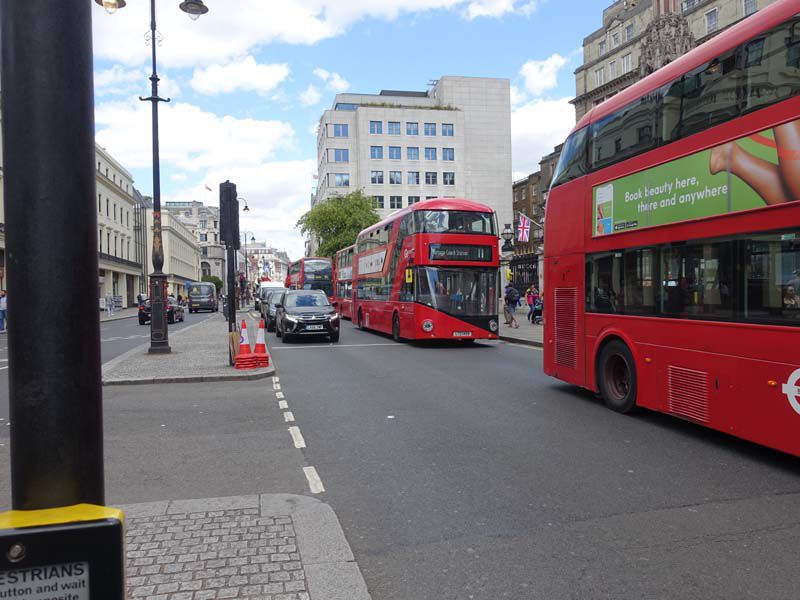 Back in the day the walkway onto the station concourse had ticket offices on the right where a M & S Food Hall now is and my Dad sometimes worked in that ticket office. He worked for most of his working life as a relief booking clerk for British Rail. Things change. 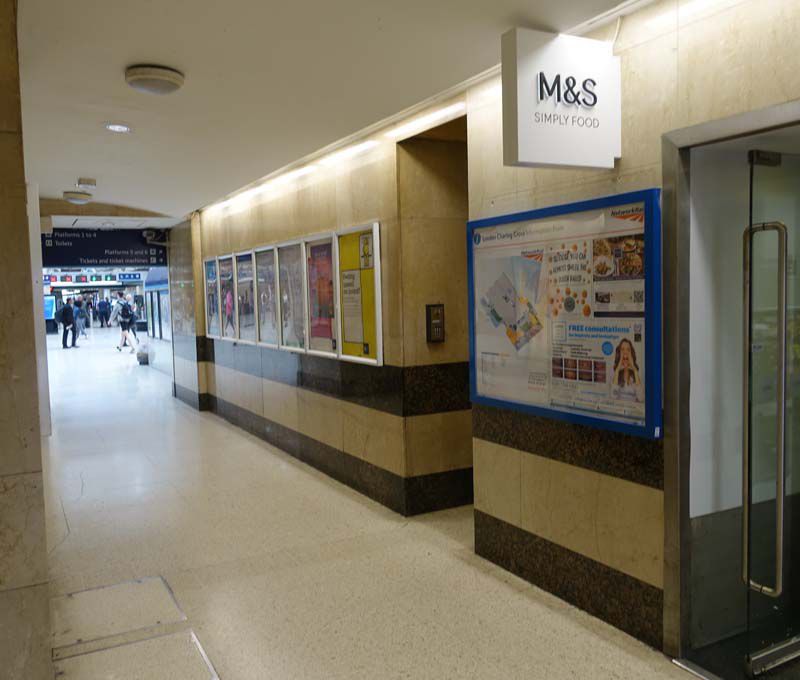 Bought these in HMV, the Who LP is a double and was a bit of a bargain and I rather stupidly thought the Bluray was Deadpool 2 but that one hasn't been released yet. And I've already seen Deadpool 1. Doh. Glad it was only a fiver 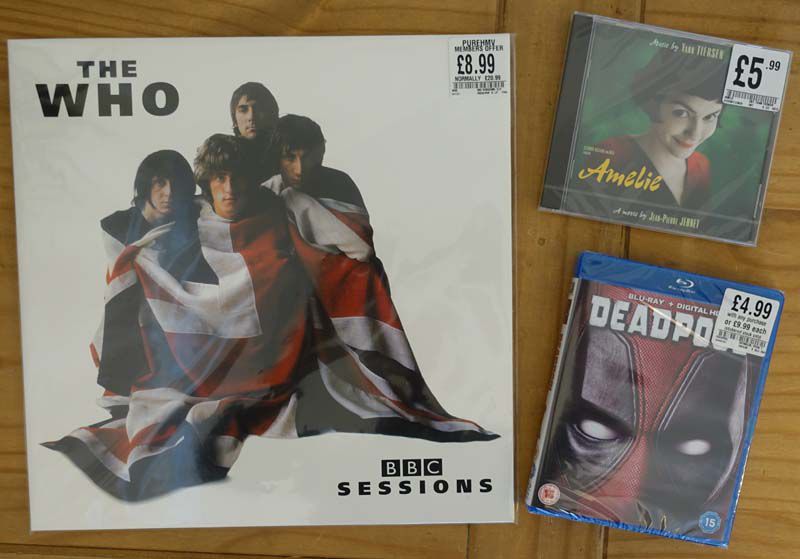 Glad to see you've been out enjoying the sunshine. I was going to say that if you need anything 3D printed feel free to ask, but I see you managed to sort your Obelisk figure

I repaired Obelisk Mk 1 today, melted his leg back on, fashioned a base from a small piece of stainless steel, painted it green then used two small countersunk screws to fix him to the new stability. Now has pride of place on workshop material shelves.

And watched Deadpool again last night on the Xbox One S/42" Philips Monitor and enjoyed it a lot so it was worth the five pounds. I suppose. 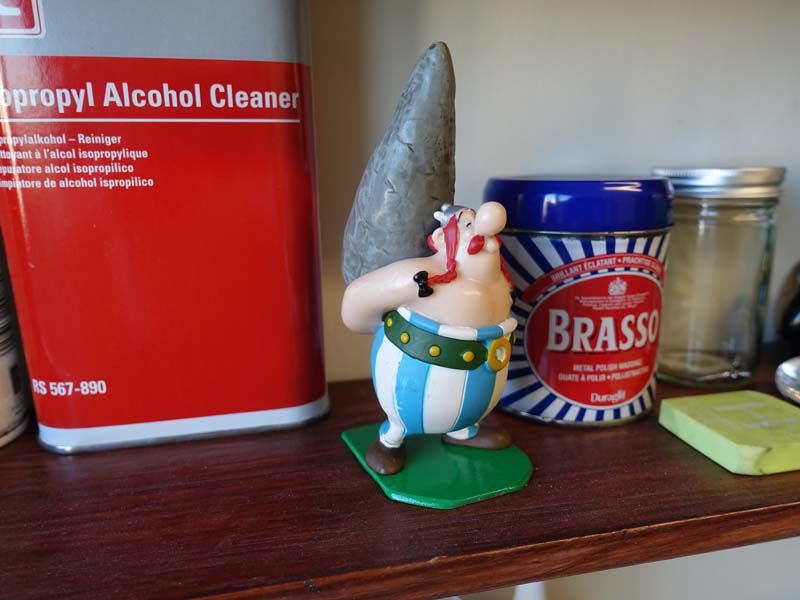 Neat pics too. If that Chinese shop has been there since the seventies I have bought one one of those crispy ducks, it were delish.