It looks as if developer Digital Extremes has finally put the Unreal Tournament handbook aside and moved onto something a little different. At least that is what they would like to think. However coming from a gamer's perspective, Pariah is just another average science fiction first person shooter that can't hold its own in this overcrowded genre. With new FPS games constantly on the rise, a developer needs to create something that can separate itself from the pack. Unfortunately Pariah has no special features or gameplay mechanics to make it stand out. Ultimately, it is just another typical run'n'gun FPS that has nothing new to offer its PC audience. 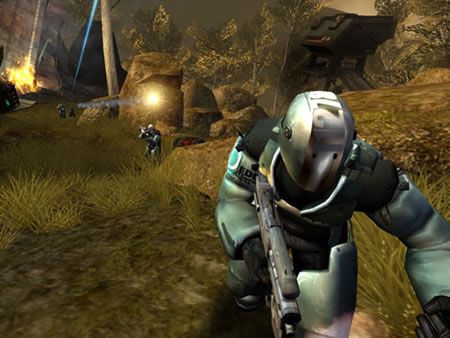 In Pariah, you take on the role of Dr Jack Mason who is working for the militarys hazardous materials division on a routine transport operation. The subject you are transferring is a quarantined female prisoner with some type of infection. Before you know it, you have been shot out of the sky and crash down on a barren wasteland known as 'Earth'. Now it is up to you and your infected patient to get out alive and to discover the secrets of this disease. From a science fiction standpoint, the story isn't exactly original, which is where Pariah makes its first mistake. We have seen numrous FPS games in the past that involve a ship crashing on a desolate planet where you must survive and escape as soon as possible. Granted, it's a little different since Pariah takes place on a futuristic version of Earth where the whole area surrounding the crash is a dead zone, but the story certainly doesn't feel like anything new. It basically just offers up a bland 'it's-all-been-done-before' storyline that is told through some poor low-resolution cutscenes, and it feels like it was just slapped together quickly so that their gameplay 'ideas' could be built around it.

When you crash down on the planets surface you awaken only to find yourself thrown from the ship which lies in front of you in ruins. This is where a short tutorial takes place to show you how to jump and duck (as if that was really necessary). Further observation of the wreckage through a linear path shows that your patient has gotten out of containment and quickly appears behind you only to point a gun at your face. Thankfully there is one other soldier that survived the crash, and he quickly stands behind her and shoots her without hesitation. Once you have things under control again, it is now your primary goal throughout the entire game's 7 hours of gameplay to simply shoot your way out of this mess. 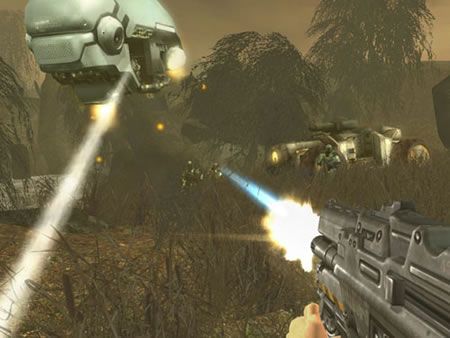 The whole game continues in the same fashion throughout. The concept is kill bad guys, move on, and kill more bad guys. It is made even more boring thanks to Pariah's very linear environments. Most of the levels are outdoors, but their are no alternate routes to that besides the one linear main path. Other areas are blocked off by large boulders or invisible barriers to ensure that you can't stray anywhere else. The game's objectives are also not very clear at times. Sometimes you just don't know what it's telling you to do, because it doesn't give any idea of where you're supposed to be. However since Pariah is so linear you'll eventually come to the right spot to meet your objectives.

Pariah includes the typical weapons that you may be able to see in just about any other FPS title. There are around seven weapons in allwhich includes a shotgun, rocket launcher, grenade launcher, standard machine gun and even a strange electric blade for some melee kills. Also included is a small healing device that simply injects your arm to heal you. This is the only way to get health throughout the game, and the health bar acts a lot like Halo's shield bar in the sense that it is split into four small sections. Each section recharges itself after being hit, and once one section is empty you can use the healing device to refill it. Taking another little note from Halo, or the Unreal Tournament series for that matter, are the vehicles. Surprisingly there are only two different vehicles here. One is a four-wheel buggy with a machine gun and rocket launchers, and the other is a more futuristic motorcycle-looking vehicle with a mounted machine gun. None of this really strengthens the gameplay at all, and it becomes even more dull when you have to ride shotgun in some of the rail- riding sequences.

There is actually only one somewhat unique system in Pariah . This would be the weapons upgrade system. By finding green floating icons throughout the game, you can upgrade any of your weapons for a total of three different upgrades per weapon. Every time you upgrade a weapon a certain feature will become more advanced. So upgrading a specific weapon can reduce recoil, make loading times faster, or even allow you to use remote grenades as in the case of the grenade launcher. The number of upgrades made to a weapon can easily be seen by the number of lit up blue circles on each weapon. It's not exactly revolutionary, but it does add a small lasting appeal to the game. 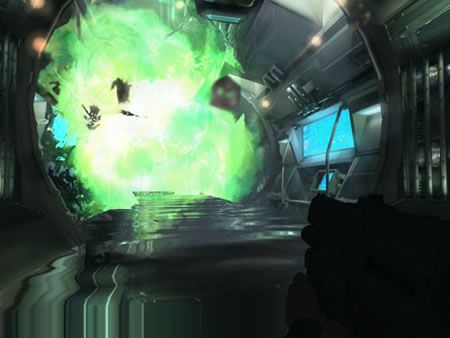 ​
Pariah's multiplayer aspect does mix things up a little, but it is nothing to get overly excited about. The multiplayer contains the same traditional modes including deathmatch, team deathmatch, capture the flag and assault, and is capable of supporting up to 16 players online. Different weapon-loadouts and troop types can be selected upon entering a match. There is also a siege mode which is where you must defend your specified base on the map. Unfortunately bots aren't supported, but there is an odd practice mode which just puts you in on a map all by yourself so that you can simply learn it better. Chances are you'll have much more fun with the multiplayer.

Graphic-wise Pariah is still using the aging Unreal 2 engine. It's not much to look at especially when compared with todays later FPS titles. The textures look bland and outdated, and probably the only thing that looks half decent are the cool blurry explosions emitted from the grenades and the bright sun flare effect which is the result of pushing this engine to its limits. Other than that, there's not much glamour here. It looks like now would be a better time than any to switch on over to the new Unreal 3 engine. 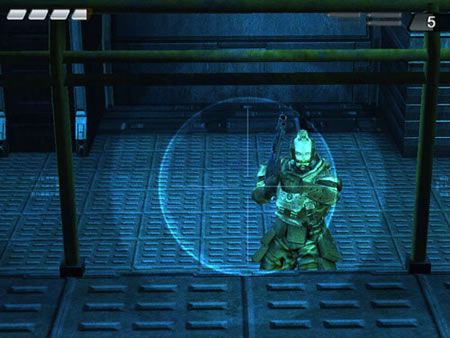 If you are a fan of Halos single-player campaign then you might slightly enjoy Pariahs dry atmosphere and gameplay. The dull storyline and run'n'gun linear gameplay just isn't enough to attract the attention of most gamers. Some fun can come out of the multiplayer side of Pariah, but in such a case it may just be more reasonable to pick up a copy of Unreal Tournament 2004 which can be cheaper and provide you with a much better multiplayer experience. In the end, Pariah feels more like a mod for UT2004 instead of a full-fledged retail title.