As kids, our parents teach us (or at least attempt) to steer us down the right path. The path of the virtuous, the helpful and the good. To help little old ladies across the street. To share your sweets with your pals at playtime. To be considerate to your fellow man. As lovely as that is, sometimes you jut want to be, well, a bit of a reckless badass. To stuff your face with all those sweets, as well as the ones you stole from your much weedier class mate.

More and more games these days are giving you the opportunity to make that choice. BioWares Star Wars: Knights of the Old Republic titles for example gave you the choice of basically being a 'goodie' or a 'baddie'. Even Lionhead’s Black and White gave you the opportunity to be a mercilessly cruel god. Lionhead have decided to take that choice a step further, with the introduction of Fable: The Lost Chapters (the PC version of last years Xbox hit). The idea behind the whole title being that you can choose your own path throughout the entire length of the game's main storyline. 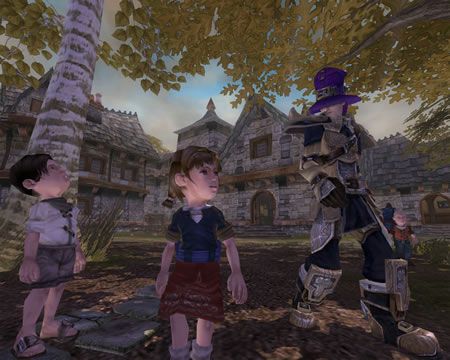 These choices come in many forms. For example, soon after you begin, a trusty townsman offers you a little reward for looking after his stock while he departs for a few short moments. As soon as he leaves however, a fellow child lets it be known that he’s heard that these barrels of stock contain items well worth stealing. So you find yourself at a cross roads. Do you ignore this evil sounding child, keep guard over the traders stock and collect a token of his gratitude? Or do you break open each casket and see what pleasures may well be inside?

Each time you make such a choice, your standing in the world will change. If tales of your good deeds are spread, people will greet you with amazing glee and respect. But if you mercilessly slaughter an innocent woman in the street, your name will strike fear into people’s hearts, and they will be more than happy to plunge a knife deep into your back. But it is not only others reactions that will be affected by your in-game moral choices. Your physical appearance can change quite dramatically too, with a halo floating atop your head if you are as good as gold, and horns sprouting if you are alarmingly bad to your kin. 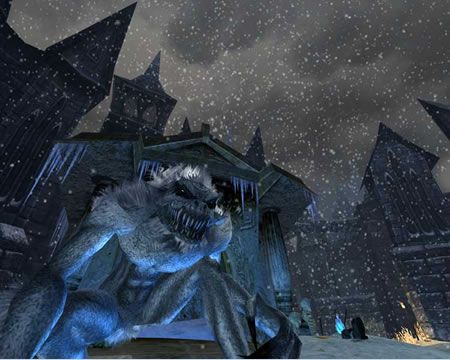 Unfortunately, things are not as open ended as they initially sound. While you are more than capable of taking on short side-quests to earn a little extra cash/respect, chances are you will tire of this lack of progression and get right back into the storyline. The opening of the game shows your home village burnt to the ground, your father murdered, and your mother and sister taken as hostage after the culprits fail to find the one they came to capture: your character. After you have been saved from death by a kind looking fellow, you are taken to the Guild for hero training. Having got to grasps with the basics in combat training, you are on your own to explore the big wide world. The world itself compromises of a number of villages to explore, as well as short routes to wander between each. Inside a cities walls you will be able to talk to NPCs, go for a drink at the pub (even getting stupidly drunk) and even find yourself a companion for the night. But you still need to remember that every action you take has a bearing on how everyone else in the world perceives you.

Fighting plays a big part in Fable, both weapon and magic based. The more experience you gain (which can be spent at the Guild to upgrade, and acquire new abilities), the more power you have in all aspects of play. If you want to wield huge swords, then the more you use them, the better you will get. The same goes for if you want to make use of magic based, or ranged weapons based combat. A simple click of the mouse performs each action you wish, with a neat little lock-on feature included. Thankfully, controlling actions with your mouse and keyboard feels far better than using the Xbox controller, and you will find yourself side stepping and blocking attacks and countering yourself in no time at all. 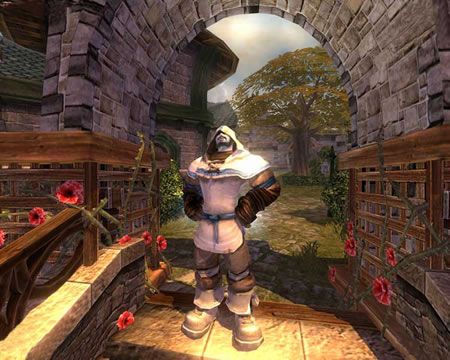 As you will no doubt presume, the addition of the ‘The Lost Chapters’ sub heading means that this is not a mere port of the Xbox version of Fable. Instead there is now a wide range of additional features, encompassing additional quests (in both the main storyline and side quests), extra spells and extra weapons out there to find.

The style of RPG that Fable represents, viewed from a third person perspective behind your character, with a mouse and keyboard control system is not widely utilised on the PC. And because of this, it is hard to truly see where Fable stands in regards to the already available top RPG titles. While areas can feel a tad small compared to what us PC gamers are used to, the action based play has not really taken off in this particular genre on the PC. We are used to much more freedom in titles such as Baldur’s Gate, meaning that Fable has much in common with the sublime masterpiece of gaming design, Deus Ex. 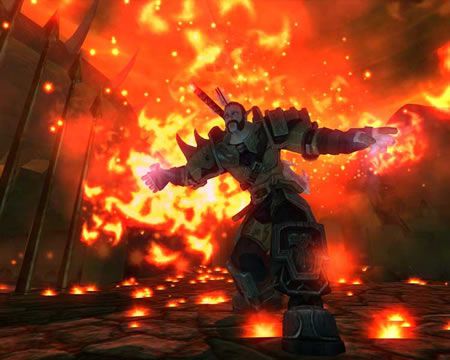 Fable: The Lost Chapters ultimately fails thanks to the ambitions nature of its good versus evil ideology. While the ability to play through as either the saviour or as the ultimate villain is a delightful prospect, it is far too black and white to be as interesting as it could have been. However, this one major shortcoming can not hide the fact that this new updated Fable release is a wonderful action based RPG, with some glorious graphics and a whole wealth of additional features over the Xbox original. Ultimately this proves to be a delightful romp, playing as either the hero or the villain. Recommended, but you can not help but feel that it has not reached it's true potential.