It is all too easy to ridicule certain people. It is inevitable that when a group emerges with actions and appearances different to 'the norm', there will be others around to mercilessly poke fun at them. What about the hippies, starting way back in the 1960’s? But perhaps the biggest specific group of all time to fall victim - excluding the term ‘geek’ as a collective - are the Dungeons and Dragons fans. I mean, how many of us haven’t heard a joke about a ‘Back Door Key of Justice +7’ at some point or another? As much as realism seems to be ‘in vogue’ at the moment, there’s still a wide abundance of gaming titles that make use of elves and goblins, dungeon based combat and wizards with convoluted names. The fact is, this mythical backdrop has suited games astonishing well, pretty much since their bursting into the public eye all those years ago. 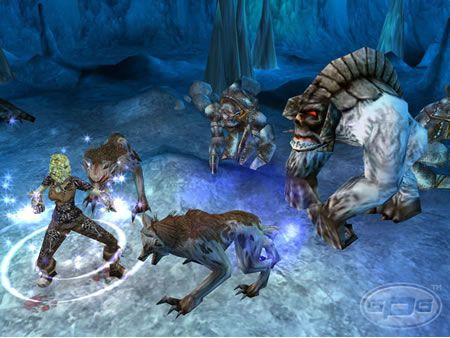 As anyone who has played the original Dungeon Siege will tell you, this kind of backdrop offers a fantastic action-RPG experience, rather than the traditional turn-based action of old. Instead, Gas Powered Games brought us a very much action based experience, where the mere click of the mouse button is enough to send your characters winging their way to hacking the next unfortunate little beastie to pieces. And as those original fans will be pleased to hear, nothing much has changed.

For those as yet un-initiated, Dungeon Siege was very much an action based RPG. Having initially created your very own character, you progressed through an action-filled RPG, taking on quests aplenty and teaming up with other like minded AI-controlled adventurers along the way. The biggest challenge was creating yourself a team that complimented each other to such an extent that you became nigh on impossible to defeat. While a group of hulking muscle bound heroes wielding enormous swords may sound quite appealing to some, in Dungeon Siege this scenario was always doomed to failure. You required the right blend of the available ‘types’ (those adept at close-counter scrapping, long range weaponry, magic based attacks and so on) in order to make your way through the game. 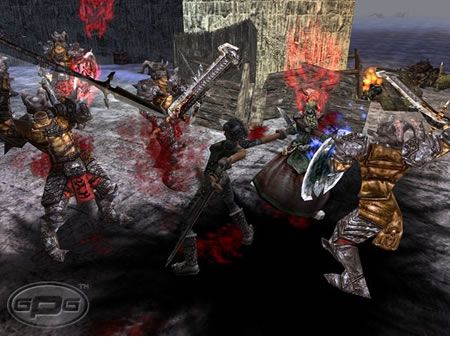 As we touched on earlier, the gameplay of Dungeon Siege II has remained largely the same as it's predecessor. Gas Powered Games have sublimely combined the micro-management of a pure RPG like Baldurs Gate, with multitudes of weapons and armour types to make use of, with the pure action based gameplay of that old favourite, Diablo.

Changes have occurred of course, as you’d expect: Technologies have improved a great deal, so why shouldn’t the game itself? First thing to note is that Dungeon Siege II runs on exactly the same engine as its prequel, albeit a vastly tweaked version. Not only have the graphics themselves improved in great abundance, but this time there is a much bigger feeling of consistency due to little or no loading in between areas. As small as this particular improvement sounds in theory, in practice it adds to the game massively. A lack of loading screens means a lack of real reminders that you’re playing a mere game. Therefore, you’re drawn into the experience as a whole, with no game-made pauses for you to scuttle off to make a nice cup of tea.

Of course, this is not the only improvement. As odd as this sounds, another huge improvement is the fact that your AI controlled team-mates (of which you can have up to three on your first play through: more once you have played the game once) are a fair bit dumber than they were last time around. As fantastic as the original Dungeon Siege was, you did get the un-nerving sense that the game was merely playing itself for your visual pleasure at times, as your AI controlled team mates hacked away at the oncoming hordes with amazing precision and guile. This time around, however, you need to do a great deal more hand-holding, since a loss of concentration can cause the odd death to at least one member of your squad. Those who might see this as a little bit of a worry, fear not: extensive play-testing has proven that it is a choice well made. There is still a fair amount of automation involved however. You can now set two spells per character to be auto-cast as and when the AI sees fit, and it is done with aplomb. Setting a healing spell, for example, means that you’re less worried about which of your characters is going to perish next, and more worried about battle strategy. 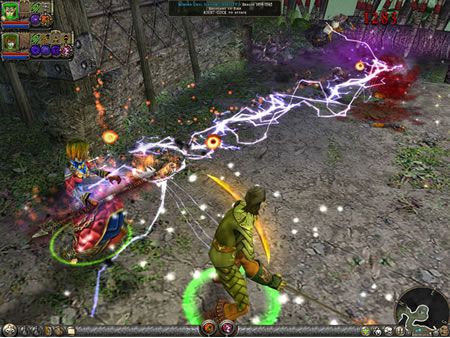 As for the story itself that drags you through the game, it’s barely worth mentioning. Just like the vast majority of fantasy based RPG titles, it’s neither particularly interesting, nor involving. At best, it serves its purpose as to give you a reason for all this killing.

And a lot of killing you’ll be performing that’s for sure. Right from the outset, it it made perfectly clear to you that you will be slaughtering thousands upon thousands of enemies by the time you have played through the entire game. Enemies themselves are quite varied in their attacks and visual appearance, if not their attack strategies. The rush-at-your-opponent-flailing-wildly technique is used petty much through the entire length of the game, although to be fair, it suits the game playing style absolutely perfectly. If your enemies had even the slightest bit of strategic intelligence, this simply wouldn’t be a Dungeon Siege game. 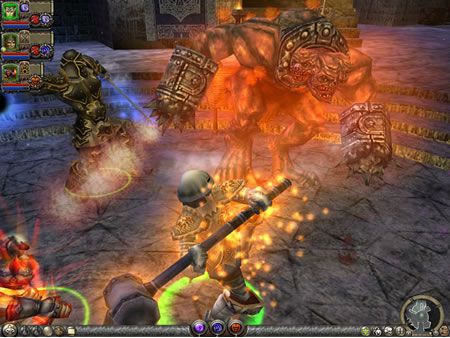 While its arcade leanings haven’t changed (and therefore will not convert any of those who were put off by the original game's simplicity), Dungeon Siege cant help but be praised in most ways. Everything is as polished as a particularly bright button, and anyone craving another helping of elf-slaying action will be more than happy to pick up this game.