It can be said that DOOM 3 was one of the best action games of 2004. Years of waiting was finally paid off with a straight forward action-packed shooter that scared the hell out of us. With the ending of DOOM 3 being left slightly open, it came as no surprise when we first heard word of an expansion pack in the works at Nerve Software. DOOM 3: Resurrection of Evil lets you go back to the hell-driven Mars and once again offers up the same old run'n'gun type of gameplay. As you'll soon see, this may or may not be a good thing for this expansion.

Resurrection of Evil takes place roughly about one year after the events of DOOM 3. The Union Aerospace Corporation (UAC) facility has been left abandoned and desolate on the surface of Mars, and the events of the previous game are now all covered up. It is at this point that a strange beacon starts emitting from the surface of this red planet. Of course, the UAC wants to figure out what it is, and they even want to rebuild their facilities on the planet. A small team of scientists and marines are sent down to find out the source of this strange beacon. 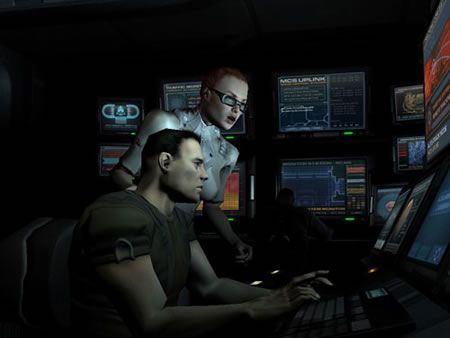 This is where you pick up the game as the new unnamed space marine. This time, however, it seems to be your fault that the gates have reopened into hell. The strange signal seems to have been emitted from another artifact beneath the Mars surface in some alien ruins. Upon touching the artifact, not only do you open the gate to hell, but all of your squad mates in your area disintegrate into dust. Now, left alone with this strange artifact, you must fight your way through the ruins and into the abandoned facility. Oh, and it's really dark along the way, so bring a flashlight.

It's very interesting to see that the main difference between DOOM 3 and its expansion pack is in the way that the story is told. In DOOM 3, the story was mainly unraveled through the use of emails and videos which could be accessed in your PDA. This brought a sense of exploration to the game and slowly revealed detailed parts of the story line. The problem with Resurrection of Evil is that not only does the story lack the depth of the original game, but it doesn't rely on the PDA system as heavily as DOOM 3 did. You can still pick up emails and videos for your PDA, but they don't really reveal any mystery behind the story of the game as they did in DOOM 3. The story also doesn't seem to be as in-depth as DOOM 3, leaving it rather dull. So if the story isn't mainly revealed through the PDA, than how is it revealed? Well that would mainly be through your contact that talks with you throughout the game over your radio transmission. Dr Elizabeth McNeil serves as your main informant throughout the game: she directs you on how and where you need to take the artifact in order to close the hell gate. Dr McNeil serves as the team leader of the whole expedition and always remains in contact. The story is also revealed through some nice looking cutscenes, but it still feels like the story is one of the weakest points in this expansion. This was rather disappointing, as the story was one of the best parts of DOOM 3 and really drove the game further. 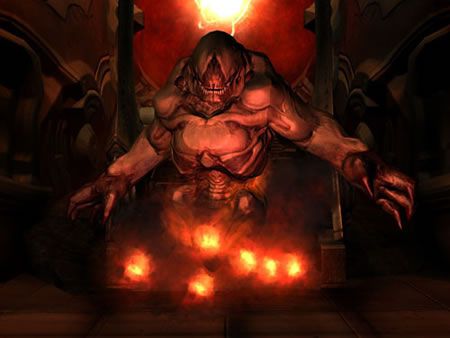 The story is very important in a run'n'gun style game in order to keep things interesting. Now this style of gameplay is quite old and is often looked down upon when compared to other action games. We did say that in our DOOM 3 review this type of gameplay works perfectly for this game, and it really wouldn't be the same without the pointless shooting. However, even DOOM 3 became boring quite fast as soon as more unique titles like Half-Life 2 and The Chronicles of Riddick: Escape from Butcher Bay were released. This type of gameplay of course returns in Resurrection of Evil, but unfortunately too much of a good thing can be bad. In other words, it's all been done before, and it's getting really very quickly.

Put simply, Resurrection of Evil is exactly the same to play as DOOM 3. You'll enter a dark room, quickly take out your flashlight, creepy beasts spawn in a dark corner, and you quickly swap to your gun and start blasting. This goes on for about 12 hours, which is actually a nice thing to see an expansion lasting that long. But the point is that it can become boring, fast. Fortunately, Resurrection of Evil does contain the same creepy moments that'll scare the crap out of you. This seems to be what pushes the game along and makes it at least a little less boring. However, the end of the game seems to slow down more and turns into more of a trial and error type of sequence. Even so, there are a few other additions made to the game in order to lower the boredom level. The main new attraction is the Grabber. Yes, it's basically the same as the gravity gun from Half-Life 2 . However, it does add a new way of playing the game as you can fling small demons or grab fireballs in midair and launch them back at your enemies. It fully uses the detailed physics system to its advantage, and it can even help in figuring out some small puzzles later on in the game. 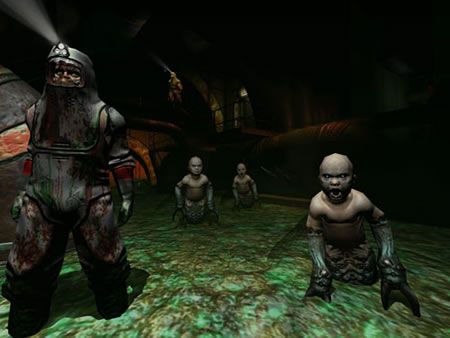 ​
Some more additions to the game include six new demons to meet your acquaintance. Some of these new creatures just simply look weird and others look almost like modified versions of existing DOOM 3 demons. Of course, all the original creatures are still here, but these new ones do provide for some variety in your enemies. Speaking of variety, the levels do seem to have much more to offer than the original game by providing a balanced system of both open and closed environments. In fact, the level design in this expansion is what DOOM 3 should have had in the first place.

There are also a few other items included in Resurrection of Evil that may grab your attention. Returning from DOOM II is the famous double-barreled shotgun which normally kills enemies in one shot. One of the most used weapons, however is actually the artifact that opened the hell gate. Charged by the power of dead souls, this device can wield some helpful powers. There are three powers in all which include Hell Time (Bullet Time), which slows down time to a crawl; Berserker, which lets you dish out some more damage; and finally Invulnerability, which gives you god mode for a few seconds. It's really an interesting weapon that will have to be used wisely in later battles in order to win. It's not just all about the new weapons, though, as this expansion also adds some new eight player multiplayer and the capture the flag mode. However, these simple multiplayer additions should have really been included with DOOM 3 itself. 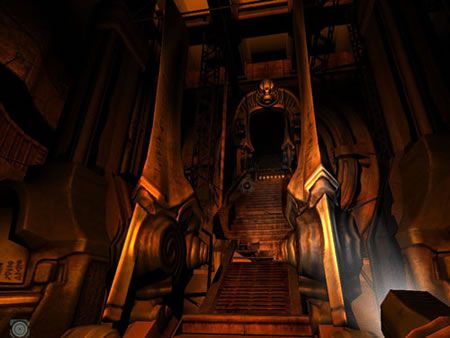 ​
The technology aspect of Resurrection of Evil hasn't changed since DOOM 3, but it really doesn't need to. There doesn't need to be any visual improvements here as this expansion looks just as good and dark as it did with the original game back in August. If anything needs to be changed it should probably be the gun sound effects which still sound a little too weak and fake.

In the end, DOOM 3: Resurrection of Evil does introduce some new aspects to this series, but it also takes away from other areas of the game. Although it does lack the in-depth story, and the gameplay just doesn't seem as interesting anymore, it balances itself out with better designed levels and more variety overall. It really comes down to whether or not you can withstand 12 hours with the same gameplay over and over again. Perhaps it should only be recommended for those who absolutely loved DOOM 3, but once you get through it all it really does provide a somewhat enjoyable experience.