Building upon its predecessor, Cossacks II: Napoleonic Wars delivers a historical RTS experience with a simple and limited style. Fans of this series will no doubt be pleased with this sequel's new updates, but that may not be true for any newcomers. If you're more used to the newer RTS titles of today such as Rome: Total War or Warhammer 40,000 Dawn of War than you probably won't find Cossacks II very appealing. It attempts to change its style by not being your typical RTS game, but it does it in an unusual way that makes it both overcomplicated and limited at the same time. That is certainly an odd mix, and it adds to parts of the game that really don't seem to fit this history-driven title. 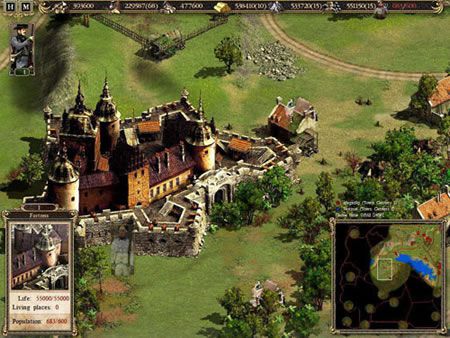 Cossacks II allows you to fight out large-scale battles during the 19th century. Most battlefields will see you roaming through large hills and overtaking the local villages. You can conquer a village by simply ordering your troops to rush in and kill everyone in sight. Once you secure a village you can then collect any of the resources from that village. Resource are a must have for your troops whilst in battle. For example, extracting coal from a village will give your troops the necessary ability to fire their weapons. Without it, they won't be shooting very much. Gold can also be pillaged from secured villages and other natural resources include iron, stone, food, and wood. All of these resources play a specific role whilst on the battlefield. Therefore it's vital to capture select enemy towns if you're the one attacking on their land.

The combat itself can mainly be won by effectively using formations. Choosing the right formation for the right situation may just be the primary reason why you win so many battles. The combat is historically correct for this era. It normally consists of you simply lining up your troops directly in front of the enemy troops while both sides exchange fire. The main objective here is to demoralize your opposing force until they simply run away. You'll sometimes need to time your men's shots as it can sometime take a while to load, and shooting too soon means that your men will be wiped out by the enemy forces while they reload. The closer your men are to the enemy the more damage is inflicted. Thankfully a new range meter has been incorporated into the game showing you the diameter of your troop's firing range. By using a color-coded system it shows you just how much damage you can inflict from where you're standing. 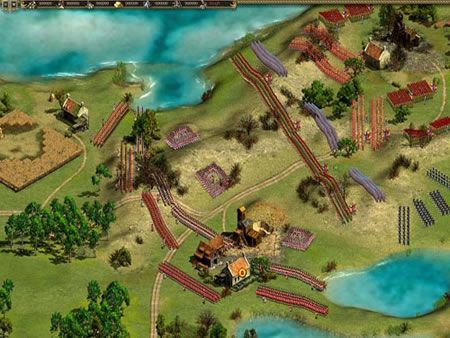 The roads also play a big factor during the battles. Not only can your troops use them for some quick transport, but you can also setup roadblocks at certain points blocking an enemy supply transport from getting through. All of these feature certainly add more strategy to the in-game battles, but instead of becoming more interesting, it feels far too complicated. The battle system just seems more complicated than it really should be. Even after overcoming the game's high learning curve you can still become easily confused by all of the things that you need to manage. It's just a little too much and really takes away from the historical fun of the game.

Cossacks II does include a number of different gameplay modes to choose from. The game's primary mode is the single-player campaign. After doing some lengthy and much needed tutorials, you can then choose which nation you wish to fight for. The different nations include France, Russia, Prussia, Austria, Britain, and Egypt. All of which have their own distinct looking troops and a number of different commanders to choose from. Once you're ready to get into the campaign, you're then setup with a number of objectives that need to be completed with the amount of troops that have been supplied for you. The game's story is advanced through some in-game cut-scenes that might bore you to death instead of hyping you up for the next battle to come. Another feature here is small popup windows that appear when certain events take place. These windows show real video footage of reenactments, but they constantly loop over and over again so you'll become tired of them in no time.

The next mode is the "Battle for Europe" mode which essentially gives you a map of Europe much like what was seen in Rome: Total War. From here you can move your troops all across Europe, attack neighboring nations, and manage certain aspects of the game such as trading, diplomacy, and your commanders. However, this is where Cossacks II 's limited features come into play. Most of your time is spent on this map managing your empire. The problem is that there aren't a great deal of options to choose from. The only buildings that can be built on your land is the simple option of strengthening your defenses, which the game will automatically upgrade once you select it. You can also only move one army of troops around the map. Naval battles aren't even simulated here, which is a great disappointment as they were a big factor in this era's warfare. Moving your army across the map consists of them simply "warping" to another nation instantly, and then you must wait for the opposing nations to take their turns. If you want to attack a nation to overtake their land you'll be practically forced to enter into the battle mode instead of alternate choices. It's too bad to see that this major feature of the game is just so limited in functionality. 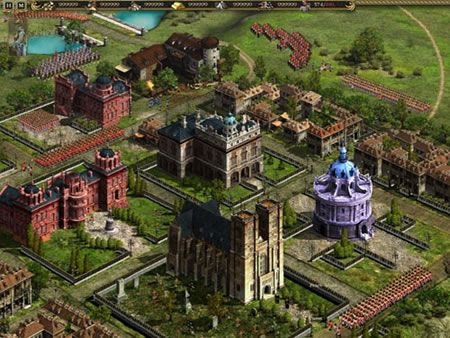 ​
The last and final game mode is the skirmish mode. This mode allows you to play historic battles as well as custom battles that you can create. The main goal here is to just simply kill off the opposing force or capture a select town or village.

Cossacks II does also support LAN and internet play. It allows for multiple players to compete against each other much like the same way in the skirmish mode. Although it is much more challenging playing against real humans, the game's AI isn't at all bad. They'll take up formations without getting too lost, and they will effectively attack on site.

Cossacks II is still using the old 2D graphics engine from its predecessor, but its been slightly updated. The graphics feel more crisp and certainly more colorful. It almost seems like an old-fashioned painting that has come to life. The animations are also great with the soldiers not acting in synch with each other, and the smoke always looks impressive when it's fired out of countless rifles all at the same time. The game does also support up to a few thousand troops on screen at once. So expect some large scale battles to take place and lots of memory to handle it all. 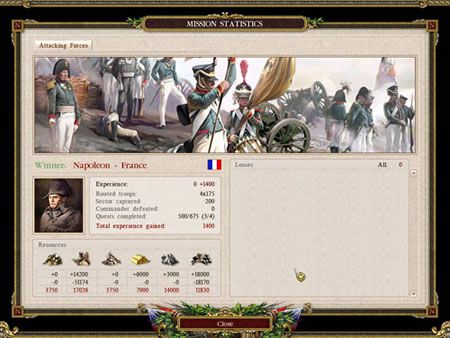 Overall, Cossacks II: Napoleonic Wars shows off its RTS roots in a different fashion to what we are used to. Unfortunately, it adds a little too much management to the battle sequences and not enough to the overlaying map which is where most of the options and features should have been. We've also experienced a few crashes during the loading of some missions which will hopefully be fixed soon. With all the faults aside, Cossacks II does still serve as an enjoyable strategy experience mainly within the battle gameplay. As we said before, fans of the original game should still see some life left in this series, but newcomers may not find it too interesting. If you're a hardcore strategy fan then you might want to at least take a look at this title, but just remember that it's nowhere near perfect.