Think Computers have been taking a look at the Zotac NEN SN970 Steam Machine - here's a snippet from their review:

Ever since Valve announced SteamOS and Steam Machines there have been two Steam Machines that were shown the most. They were the Alienware Steam Machine and Zotac’s NEN SN970. Not that long ago we took a look at the Alienware unit, and now we have the NEN SN970 to review. This unit is part of Zotac’s extremely popular ZBOX line of mini PCs. Under the hood you have an Intel Core i5-6400T processor, NVIDIA GeForce GTX 960, 8GB of memory, and a 1TB 2.5“ SATA hard drive. Like all Steam Machine’s the NEN SN970 will ship with SteamOS pre-installed and an official Steam Controller. This will bring gaming into the living room and you’ll have the massive Steam library of games to choose from, which has more games than either of the two major consoles. Let’s get to gaming and see what the NEN SN970 is all about!
Click to expand... 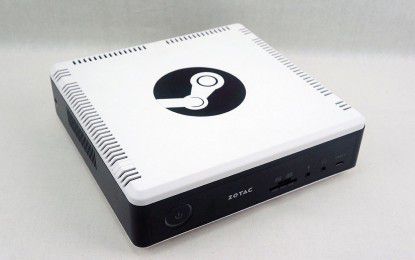