Reviews of the NVIDIA GeForce GTX 1080 graphics card are hitting the net today, and here's a snippet from Tech Power Up's review:

The GTX 1080 features more CUDA cores than its predecessor – 2560 vs. 2048. It features even more TMUs (160 vs. 128), and double the memory amount, at 8 GB. Memory technology sees a major update, with NVIDIA's adoption of the GDDR5X memory standard. The memory is clocked at a staggering 10 GHz effective, at which speed, the GPU has 320 GB/s of memory bandwidth over a 256-bit wide memory interface. Such bandwidths were earlier only possible with 384-bit or 512-bit GDDR5 memory interfaces. First-gen HBM being restricted to 4 GB, HBM2 not being readily available, and HBM-class stacked memory being more expensive to deploy (using on-chip silicon substrates); could have contributed to NVIDIA's decision to go with GDDR5X for the GeForce GTX 1080.

In this review, we're testing a GeForce GTX 1080 reference-design graphics card, which will be marketed as "Founders Edition," at $699. This will be the price we will use in our primary price/performance calculation, although we did add a $599 price/performance data-point just for reference.
Click to expand... 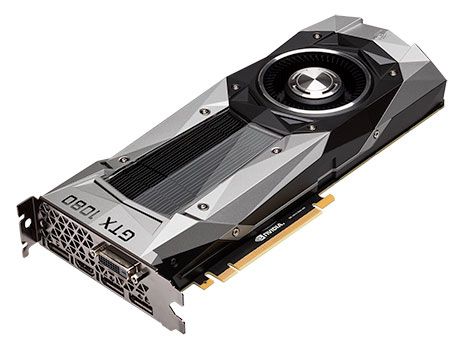 Ah I forgot this was today, time to see what the prices of the 980Ti's end up at.

I see the new cards are based on the Pascal architecture.

Some considerable time before 2017.

Well I never, somebody told me we wouldn't see it in the real world before next year.

Looks like NVIDIA have confirmed the price of the Founders Edition GTX 1080 card in the UK - £619. Bit steep considering it's $699 in the US