Tech Power Up have had the ASUS GTX 780 Strix 6 GB on their test bench, here's a snippet from their review:

"NVIDIA carved the GeForce GTX 780 out of the GK110 by enabling 12 out of 15 streaming multi-processors on the die, which works out to 2,304 CUDA cores. This sets the texture memory unit count to 192, a 50 percent increase over its predecessor's 128. At 384-bit width, the memory bus is the same, and the GPU still packs five graphics processing clusters and comes with 48 ROPs, which is yet another 50 percent increase. The reference design card we're putting under the knife in this review features 6 GB of GDDR5 memory.

For their 6 GB variant of the GeForce GTX 780, ASUS decided to introduce a special new feature: The STRIX technology allows the card to turn its fans off completely outside of games. ASUS also overclocked the card to a base clock of 889 MHz out of the box. Memory stayed at the NVIDIA default of 1502 MHz. 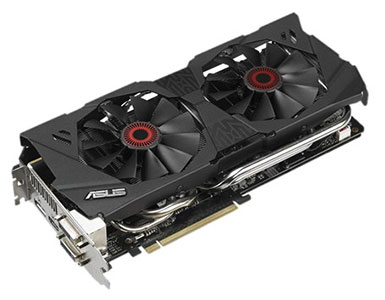