Tech Power Up have been putting the NVIDIA GeForce GTX 1070 8 GB graphics card through its paces this week, and here's a snippet from their review:

NVIDIA released the GeForce GTX 1080 just a few weeks ago, featuring the company's new Pascal architecture, a brand-new 16 nanometer production process, and GDDR5X memory. Back then, in our review, we were truly impressed by how well NVIDIA claimed the performance throne with the 1080, but it did so at a serious price point.

At the same time, the GeForce GTX 1070 was announced, coming in cheaper, but with fewer shaders and only GDDR5 memory. So nobody knew how well the GTX 1070 would perform when we reviewed the GTX 1080, which changes with our GeForce GTX 1070 review today.
Click to expand... 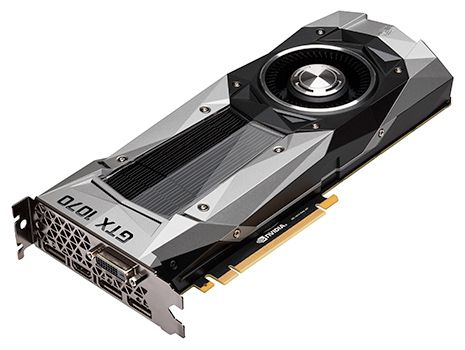 Which doesn't mean to say I don't fancy owning one

it's a 'reference' card, I wouldn't buy one even if if you could buy one, those that supposedly have them to sell are out of stock.

nVidia have change the title 'reference card' to 'founders edition' ... wait for MSI / Gigabyte and co to release the card proper ... nVidia certainly know how to pull the wool.