"At the end of June, AMD launched its first 14nm GPU, the RX 480. It offers solid 1080p and 1440p performance and occupies the £200 to £250 price range depending on the exact model and retailer. At the time, Nvidia had no current generation answer to the RX 480, having focussed thus far on the high-end with its first two Pascal GPUs, the GTX 1080 and GTX 1070. Today, that changes."


A GeForce GTX 1060 is a near perfect product for Full HD gamers at 1920x1080/1200. However given the nature of it's performance this actually is a pretty darn good WQHD (2560x1440) card as well. Not everybody requires or demands 100+ FPS and many people find that 40~60 average FPSes good enough, especially with a GSYNC monitor. For that last category the GeForce GTX 1060 is going to offer a tremendous amount of value as at WQHD you are indeed in the 40 to 60 FPS marker.
Click to expand...


With its performance and pricing where it is, the GTX 1060 is a worthy competitor to the RX 480, but it's by no means a knock-out blow. It does enough to earn our Recommended award, and is definitely the card to go for if efficiency is a priority, but we should say that this award applies to the vanilla GTX 1060 rather than the Founders Edition. At £279, this is a tougher card to recommend – the premium finish is certainly welcome, but the always-on cooler, average noise levels and the fact that its bang per buck is lowered means it will be well worth shopping around to see what Nvidia's partners have to offer over it.
Click to expand... 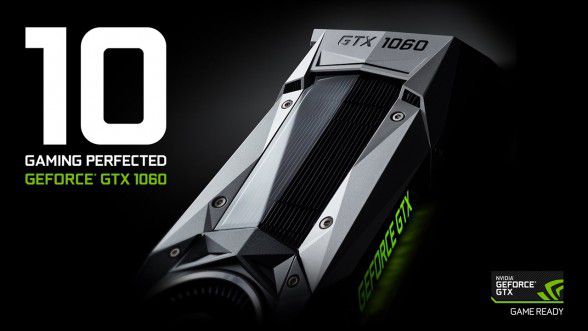 I really like the sound of this graphics card, and it seems like very good value. If I was in the market for a mid-range card right now then I'd probably be sorely tempted by the 1060