This makes it clear that Windows 10 S (which launched last May) won’t be continuing in its current form of a separate version of the OS. Rather, as of next year, it will be a mode that other existing versions of Windows 10 can operate in.

As you’re probably aware, as it stands, Windows 10 S is essentially a lightweight version of the desktop operating system that only allows for the installation of apps from the Microsoft Store.

While that’s obviously restrictive, it confers some advantages on the security front because only apps vetted by Microsoft can be used, as well as offering easy configuration of settings across, say, a bunch of students' laptops.
Click to expand... 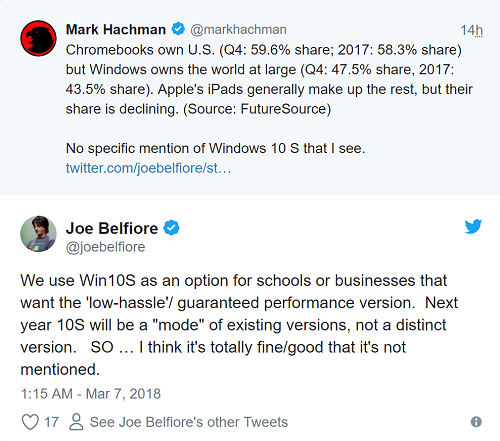