So I've finally decided to learn to fly, and am a few hours into PPL training flying a Cessna 172. Obviously being into gadgets and this being a tech forum I've bought some cool stuff, and technology really is available out there to make general aviation safer.

Of note though, one gadget that I bought in particular is probably one of the best uses for a Raspberry Pi that I have ever seen.

It has a couple of antenna's plugged into it and it detects transponder signals from other aircraft and plots them on a map onto your iPad so that you can steer clear if it looks like there may be a conflict.

Runs off a USB power bank, and just sits up in the window of the plane. Low cost, potential to massively improve safety.

How's the flying going so far?

I've been tempted to start lessons, but things keep getting in the way!

Very nice - funnily enough I was talking about a gadget very similar to this to a friend the other day. Does it only display other aircraft with transponders, or if you're in an aircraft without one, will it act as a transponder (for other users with that app)?
Last edited: Sep 26, 2017

I've been tempted to start lessons, but things keep getting in the way!

Very nice - funnily enough I was talking about a gadget very similar to this to a friend the other day. Does it only display other aircraft with transponders, or if you're in an aircraft without one, will it act as a transponder (for other users with that app)?
Click to expand...

It's absolutely superb Ian. My plan is to work up and take a career change and fly the heavy metal. How achievable that is I don't know, but that's my dream position. It's brilliant fun, but you have to be quite committed. I'm trying to get at least 1 lesson a week in, and you need 35 hours to get the licence. I'm hoping to solo by around 10 hours.

So the PilotAware will show ADS-B equipped aircraft (transponders that are equipped with position data) accurately on a map, and then other non position equipping transponders by proximity around you with altitude. It will also detect FLARM data from gliders re-broadcast from ground stations and detect other aircraft equipped with a PilotAware.

You CAN plug this into a transponder if the aircraft has an ADS-B in input and it will work with the avionics to make your aircraft more conspicuous.

All for £180. As I said, this is a truly excellent implementation of the Raspberry Pi as it makes it accessible due to low cost/high benefit.

Oh nice one, that'll be a fun career change

. What would be the next step after doing PPL to fly commercial airliners?

Thanks for the info on PilotAware, that's a really quite an affordable bit of kit to fit in a light aircraft (relatively speaking). Are there any other cool bits of tech/kit that would be useful to light aircraft pilots?

Good luck with your ambition Christopher we have a airfield near us Headcorn it was a RAF /USAF field during the war and often we have spitfires flying overhead, they also have a flying school there and once a year have open day and displays often with the Red Arrows. 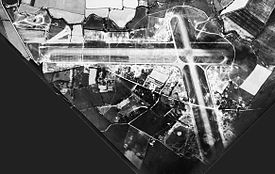 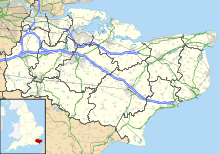 Opened in 1943 during the Second World War, RAF Lashenden became a prototype for the temporary Advanced Landing Ground airfields that were built in France after D-Day, when the need for advanced landing fields became urgent as the Allied forces moved east across France and Germany. RAF Lashenden was used by the Royal Air Force, Royal Canadian Air Force and United States Army Air Forces before closing in September 1945.

After the war, the airfield reverted to farmland until the present private grass airfield was opened in the late 1960s.

Contents
History
Headcorn Aerodrome was first used for general aviation in 1927 when the local landowner flew with a group of friends.

United States Army Air Forces usage
Lashenden was known as USAAF Station AAF-410 for security reasons by the USAAF during the war, and by which it was referred to instead of location.

353d Fighter Group North American P-51B-1-NA Mustang 43-12457
On 17 April 1944 the 354th Fighter Group arrived at Lashenden from RAF Boxted, from where the group had already achieved fame for introducing the Rolls-Royce Merlin-engined North American Aviation P-51 Mustang into combat. Its combat squadrons were:

The group was assigned to the XIX Tactical Air Command 100th Fighter Wing.

The 354th group headquarters left Lashenden for Cricqueville-en-Bessin, France (ALG A-2) on 13 June. The main party moved on 17 June, although the group's P-51s continued to return to Lashenden throughout the following week.

The departure of the Americans to France not only terminated Lashenden's association with Ninth Air Force flying units, but also its use as an airfield.

Current use
With the facility released from military control, farming resumed in 1945 but this was not the end of the land's association with aircraft. In the late 1960s, the landowners started using part of the former wartime east-west runway site adjacent to the A274, for private flying. A grass airstrip was built aligned 10/28 with a grass parking area for light aircraft. This led to the formation of Weald Air Services Limited, a small charter company, and later a flying school was set up and the airfield became a busy centre for light flying in the area.

Additionally, a small museum of aviation relics was established on the site, the Lashenden Air Warfare Museum.

The airfield is host to Headcorn Parachute Club, the only skydiving club in Kent. The club operates a piston Britten-Norman Islander and a Cessna Caravan and regularly flies to altitudes between 10,000 and 12,000 ft (3,000 and 3,700 m) AGL. The club offers introductory training (tandem, static line/RAPs and AFF).

The Tiger Club is also based at the airfield after moving from Redhill Aerodrome in 1990.[2]

Lashenden (Headcorn) Aerodrome has a CAA Ordinary Licence (Number P838) that allows flights for the public transport of passengers or for flying instruction as authorised by the licensee.[3]

. What would be the next step after doing PPL to fly commercial airliners?

Thanks for the info on PilotAware, that's a really quite an affordable bit of kit to fit in a light aircraft (relatively speaking). Are there any other cool bits of tech/kit that would be useful to light aircraft pilots?
Click to expand...

I'm not sure, I'm looking into that at the moment - I'd need to do my CPL and ATPL licences I think but I'm not sure what else. I'm thinking more and more seriously about an 'integrated' course (if you watched the easyJet documentary recently where they take you and train you fully in one go it's that kind of thing)

As for other gadgets, not that I can think of - though I use a really cool iPad app called SkyDemon which is absolutely brilliant, and I bought myself a set of Bose A20 Aviation Headphones - the noise cancellation on those is absolutely stunning!
You must log in or register to reply here.