Here’s the brief spec of my main machine: 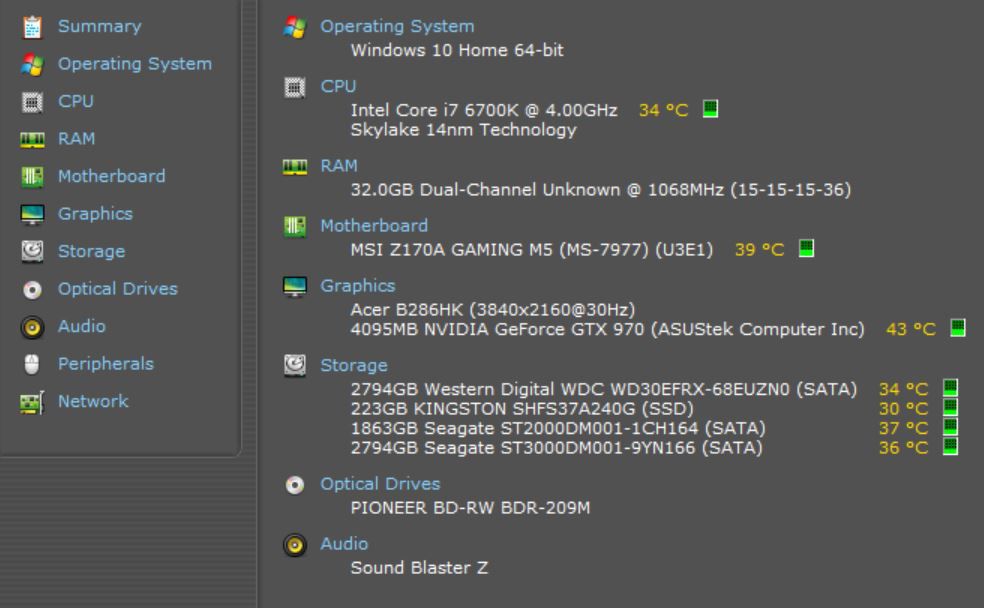 I installed Kaspersky Antivirus software – freebie via Barclays Bank Business account – 64 days ago. I know this as Kaspersky told me I had 301 days left on the licence they gave me.

I had not used the MSI driver update facility since installing Kasperskys AV.

Today I opened the MSI software and noted there were around five drivers that needed updating and the first one I chose to update was the network (Killer) drivers. MSI advised me shut down any AV software so I opened Kaspersky, opened settings and switched the protection button to off.

Then I went ahead with updating the LAN driver and saw a progress bar as the old version was uninstalled. Then nothing happened. I opened task manager and saw Kaspersky was enabled so figured Kaspersky was stopping the driver installation, seeing it as a threat.

Windows 10 had already flashed a warning window asking whether I wished to go ahead and let this software make changes to my system and I agreed. Kaspersky gave no showing of any blocking activity.

After waiting a good ten minutes and not seeing any progress I closed down the driver installation using task manager and then noticed I could not access online as of course my old LAN drivers had been uninstalled.

Next I uninstalled Kaspersky, loaded the original LAN drivers from the DVD, gained online access and updated the LAN drivers online via the MSI update facility. And then all the other MSI drivers, Intel chipset etc.

So am I missing something here? Is accessing Kasperskys settings and switching it to ‘off’ not disabling it? Is there another way to disable it without uninstalling the whole thing?

I did leave Kasperskys registration details during the uninstall process with a view to reinstalling it but I’m not sure now whether I want to install it again. Any advice appreciated.

On a seperate note, Kaspersky has quarantined one file so far. I know what that file is and I know for sure it’s not a virus or Malware but it’s no longer important to me so I’ve left it quarantined. At least that’s better than BitDefender which when I had it installed took it upon itself to obliterate several files completely with no chance of recovery. Again I knew those files were not malicious.
Ad

The way I'd disable Kaspersky is to right click the tray Icon and select "pause protection" - that will turn of all of the components. I'm using Kaspersky Internet Security, so it may be slightly different.

On mine, there are options to turn the AV checker "off", but that doesn't disable system protection, application control, firewall etc... I suspect if I disabled the AV and tried to run your drive app, it would be the "system protection" module that would catch it (which would still be enabled).

Were there any other modules you could disable in KAV?

Ian said:
Were there any other modules you could disable in KAV?
Click to expand...

See my question 'Am I missing something here?'

The short answer is - I don't know. I had assumed the button I switched to Off disabled the whole thing, I can't even remember for sure what exactly it said.

I do know that I haven't encountered this problem with any former AV programs I've used - which have all been the freebie ones - and am not sure whether this makes Kaspersky better or worse. Quite annoying whatever the case.

Yeah it does sound like a bit of a pain, but at least it's working (albeit a false positive). That said, you would expect Kaspersky to prompt or alert, rather than outright block!

. I've had few problems with Kaspersky and I've been using their products for many years. Not perfect, but the best I've used so far.

I've not had any problems with Kaspersky either, that is not to say one will never have a problem ... it has been noted from some vendors that their AV can sometime be overzealous in its protection.

I've used Kaspersky through Barclays for a number of years and not had any problems.

Thanks for the feedback folks. I've noted all your comments and have now reinstalled Kaspersky.

I'll see what happens - and will be taking notes - the next time the MSI motherboard drivers are due for an update.