So as you may have seen in my birthday thread back in April I mentioned that my other half was pregnant. Well I became a dad on the 18th of June at 00:34am.

She had a 6lb baby girl by emergency cesarean as she was breech. We were booked in for the 20th anyway and due date was the 22nd, but she decided to make an appearance early so nothing we weren't prepared for.

The pregnancy wasn't quite as straight forward as usual as she had Cholestasis and had to visit the hospital every week so they could monitor her and baby, so she got to sit there listening to heartbeat etc for about half an hour every week. I went several times, I'll never get bored of that sound.

The doctors also thought she might have Pre-eclampsia at one point too! So that on top of everything added to the stress but all is well now.

Anyway all that aside we now have a very healthy, beautiful little baby girl named Isabelle! Mum and baby are both very well and this week which is the first one back to work after my paternity leave sucks!

So far baby is sleeping really well and we've had to wake her up overnight to feed her rather than it being the other way around, though she does wake up herself (and in turn, us!) sometimes.

As someone who's never really taken much notice of what to 'do' with a baby, it's been quite the learning curve!

Feel free to drop some tips and tricks in here!

Congratulations! Isabelle is a lovely name

Must be tough being back at work, hope you can make up for lost time at the weekends. Great news that she is sleeping so well though! I can't offer any help or advice, aside from enjoy every minute

Great news V_R and many congrats to you and your other half.

Glad everything turned out well.

Watching small children grow up is fascinating - one minute they are a little blob, incapable of doing anything (except pooping) and in no time at all they are smiling, pointing, walking and then talking. And once they get going with the talking they never stop. Wonderful.

Congrats, pal. Brings back such proud memories. Time does fly, Lucas will be 11 next month WOW

Bring on all the questions at ages 3 to 12

Many congratulations to you and Mrs V_R and your new addition. 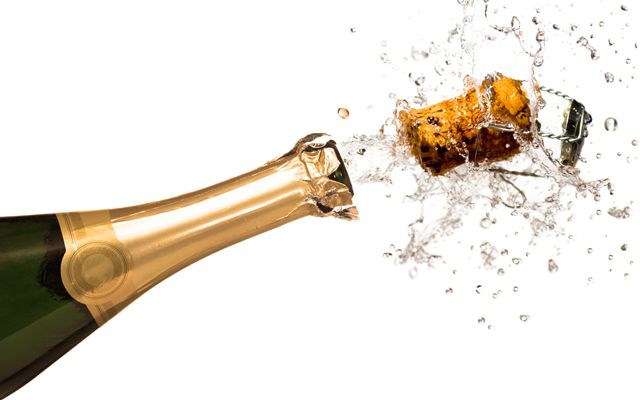 Daughters are great, just tell them to ask mother.

Many congratulations to you and your Other Half @V_R, such wonderful and happy news! So glad to hear that baby Isabelle and her mum are both doing well. Wishing your new babe a long and very happy life.

Congratulations to you and other half, break out the bubbly!

And here the adventure starts...

Tips and tricks: only one, spend lots of time with offspring cos the years fly past all too quickly.

Tough luck mate , you missed Fathers day by a whisker. Oh well never mind I am sure you will enjoy loads more in the future.

Congratulations and the best of luck for the future for you and the rest of the FAMILY.

I'm so pleased for you both, especially after such an eventful pregnancy

. Hello and welcome to the world, Isabelle

V_R said:
So far baby is sleeping really well and we've had to wake her up overnight to feed her rather than it being the other way around
Click to expand...

Hahaha, you are so lucky there

. So many of our friends that have had kids are absolutely shattered, as they're up all through the night. Long may it continue!

Thanks all, yep its been an interesting 9 months tbh. Also had to have a CVS (big needle in the belly) at about 15 weeks due to family chromosome inversion on her dads side too. That wasn't very nice for mum.

Then to top it off we moved at the beginning of April as well!

But its all been soooo worth it. I've learned a lot in these last couple of weeks, and spent even more!

I watched them perform the cesarean, (I'm not squeamish) flipping incredible to see them pull her out. That and the 2 days she spent in the hospital made me have a new found respect for our NHS. They are way undervalued and we are very lucky to have them.

Yes it does pal. I remember telling you all so clearly I was going to be a Dad too.

Just thought I better update this thread with some more news.

We decided, (shortly after I posted the OP!) to call her Amelie Isobel as we felt it just suited her better. Going to get the name registered next week so now more changing of minds is allowed!

V_R said:
We decided, (shortly after I posted the OP!) to call her Amelie Isobel as we felt it just suited her better.
Click to expand...

Oh that is such a pretty name @V_R.

Haha, we did really like Isabelle then after a day of everyone calling her it, my other half said that she didn't like it so much! Amelie was going to be the middle name, but as we liked it so much we decided we just swapped them round and swapped Isabella for Isabel/Isobel.

We just need to decide on the spelling, What do you guys think?

God this is harder than the taking care of her bit!

My granddaughter is called Amelie but gets Millie which she much prefers.

As to Isabel/Isobel I prefer Isabel but the two of you must make the final decision. Best of luck.

Hmmm... I think I prefer Isobel, but off the top of my head I think Isabel is the more common spelling (which could avoid confusion!). Just count yourself lucky it's not Rebecca, there seem to be a million different spellings and variations of it

I like Amelie better than Isabelle too, even though Isabelle was a fine name.

I'd go for the Spanish Isabel spelling, purely because it's different/not British.

Becky: I have a niece named Rebecca and she likes to be called Becky.
Ad