Google have announced that they are to join the growing market of game streaming companies with their new Stadia product. This has been anticipated for some time, but now we finally have a handful of details on their launch. They promise support for 60FPS, 4K, HDR gaming (assuming your internet connection is up to the job) - something surpassing the capability of most consoles.


​
Stadia works by running games in a remote datacentre (the cloud) and then streams these to your PC/Phone/Tablet/Chromecast in similar way to YouTube videos. However, you will use a Stadia controller to control the game in a similar way to existing standalone consoles. The benefits of this system mean that you don't need to buy an expensive high-end PC/console + the cost of individual games, you can play more casually on existing hardware. Many game streaming companies hope that this sort of technology will take off in the same way that Netflix has revolutionised home movie watching. 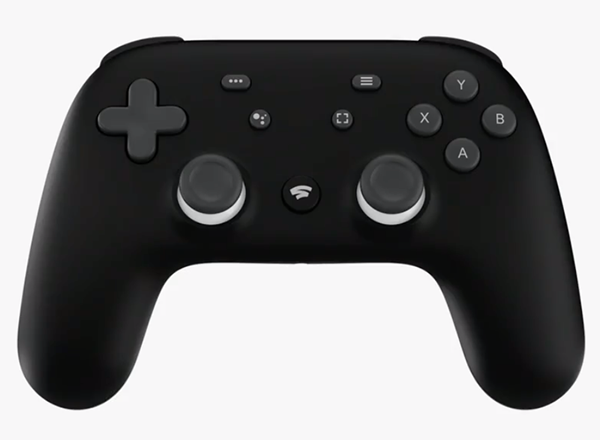 Stadia Controller (Image courtesy of Google)
​
Thus far, no pricing information has been released - but the project seems to be at an advanced stage, so more information will likely be released soon. The controller will heavily integrate with other Google products such as YouTube, as users will be able to launch directly in to a game featured in a video at the press a button.

The real test will be to see how many triple-A titles are accessible on this platform, and how games fair with the inevitable additional lag that they will experience. Google must be quite confident that they have overcome these hurdles, thanks to a lengthy "Project Stream" trial. Other tech companies have been using this sort of technology for some time, notably NVIDIA with their GeForce Now product.

For now, Google have secured a foothold in the game streaming landscape - but are yet to roll this out to anyone other than beta testers. Until they can demonstrate that gaming is lag and interruption free, don't expect many serious games to jump ship. However, if any tech company can pull this off, Google is certainly one of the contenders with the know-how and cash to do it.
Reactions: Becky