Are you one of the lucky owners of a Apple iPad 2? If so, you may be new to the huge selection of apps available and could do with an overview of some of the top-picks. This guide highlights some of the best and most useful applications available in various categories, so it’s just as valid if you are looking to play games or find something to help with your business.

This application is one of the most useful tools for iPad owners that also own a Windows PC, as you can log in and use your computer as if you were sitting right in front of it. Want to check your e-mails at home while you are away or perhaps just take a look at some documents you forgot to store on the cloud? If so, this app can do just that.

The performance is great over a wifi or 3G connection, but you can turn down the graphics settings if you are on a slower connection. For server administrators or people working away from home, this is a fantastic time saving tool. 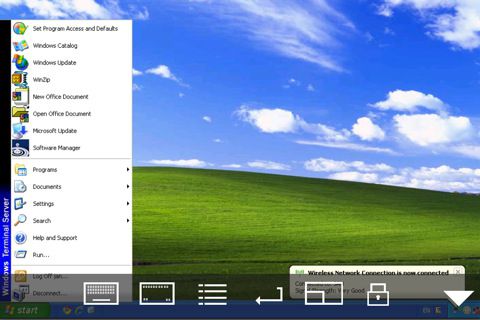 The processing (and graphics) power of the iPad 2 is much improved, so it’s no surprise that some good looking games are making it to the App Store. Infinity Blade is an RPG/action game that makes use of the familiar Unreal Engine 3, providing a console level of experience for only a few pounds.

You play as various characters of the same family, one by one battling the Titans and their God King. Customisable characters, levelling up and intuitive navigation all form part of the gameplay. As far as iPad games go, this is one of the best by far. 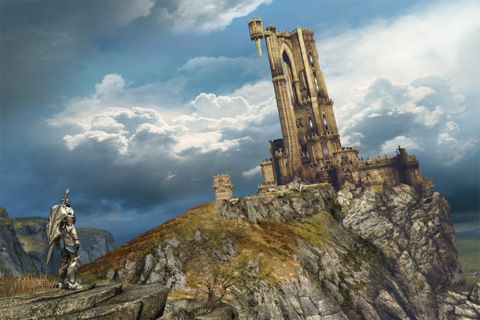 Many people will be familiar with the Amazon Kindle e-reader, a device smaller (and cheaper) than the iPad which allows you to easily buy and read ebooks. The Kindle app transforms your iPad in to an e-reader which can buy from the same Kindle store, sync your books and provides a good reading experience. Of course, the screen isn’t as easy to read as a Kindle device, but this is probably the best way of turning an iPad in to a book reader.

If you already own a Kindle device, you can sync your books and reading positions with the Kindle iPad app – providing a great seamless reading experience. 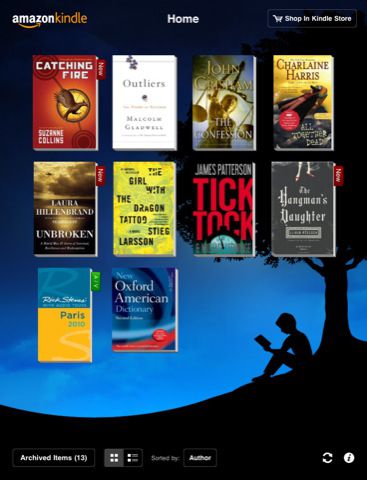 If you’re in the UK you can watch BBC programmes on your iPad using the iPlayer app (even in HD for some shows). This is a great way to catch up on TV shows that you’ve missed or perhaps just a way to pass the time while sitting on a train.
It’s not possible to stream TV live using this app, but the vast majority of shows are available on “catch up”, so you can watch them after they have already been broadcast. 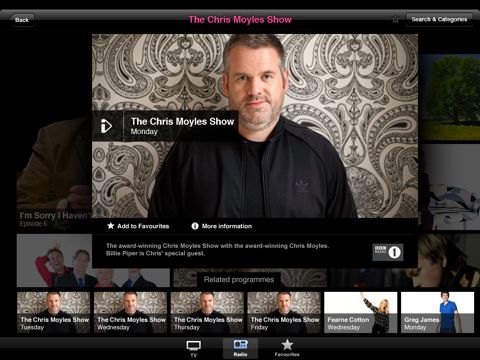 Epicurious is an intuitive app to browse recipes on your iPad, or even create a shopping list to take with you. There are thousands of recipes from renowned chefs and cookbooks, all presented in a way that you can prop the iPad up and read the instructions as you are cooking. You can search for recipes based on ingredients, their popularity and plenty of other culinary attributes! 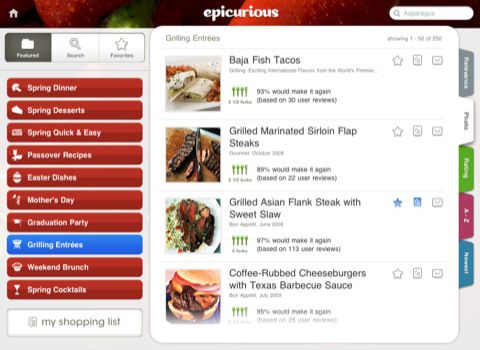 It’s no co-incidence that Garage Band came out at the same time as the iPad 2, as it was developed as one of the launch applications by Apple. This app is extremely polished, slick and a bargain at just a few pounds. You can play from a selection of instruments using the multi-touch screen (think finger drum, strumming a guitar, etc…) and it’s extremely simple to use.

There’s a selection of loops and up to 8 tracks, so it works really well when working on your own songs. You can even jack in your own instruments (with an add-on) and record vocals if you wish – it really is surprisingly powerful. For a musician, this is a must-have application… but it’s equally fun for amusement purposes alone. 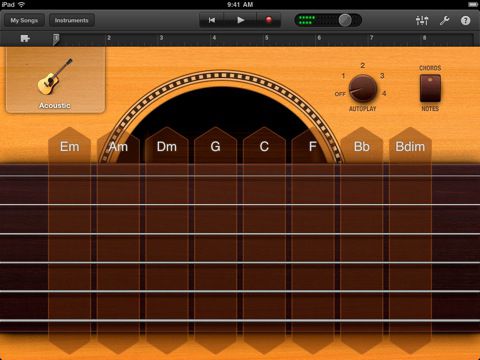 Want to make a voice, video or instant messaging call to someone? If so, this is probably the best and most popular app to do so – as Skype is used on so many different devices. Best of all, it’s free to make Skype to Skype calls. If you want to call or text a phone number from your iPad over a wifi connection, you can do this, but there is a small charge associated with it.

This is another must have app for both wifi and 3G iPad users, as it gives you flexibility to contact almost anyone without needing to use a phone, should the need arise. Unlike facetime, you’ll be able to video chat to someone with an older iPad, iPhone or Android tablet/phone. 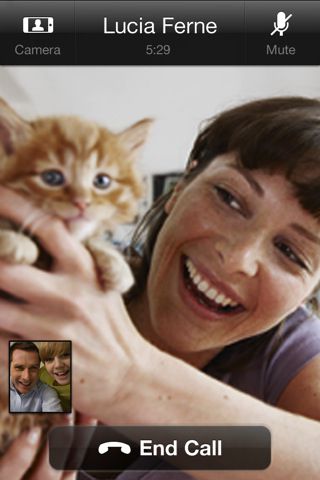 This is another graphically stunning game, which makes use of the iPad gyro to use the device as a steering wheel. The single player career mode should last for a good 10 hours, but there is also an online 16-player mode for the more adventurous. As far as gaming on the iPad goes, this is one of the best apps yet. 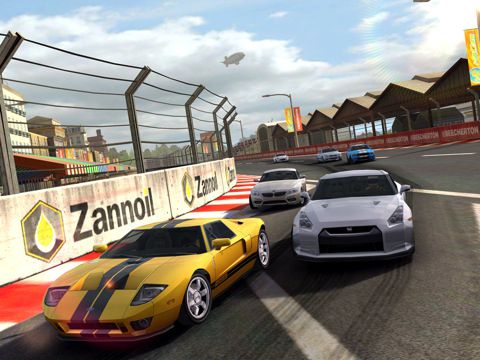 Although it’s possible to access Facebook using the standard web-interface in Safari, it’s much easier to use this app to interact with the popular social networking site. You’re able to upload or download photos from your albums, customise the colours and a whole range of other things that aren’t possible with the web-interface. For those that use Facebook, this app saves a lot of time! 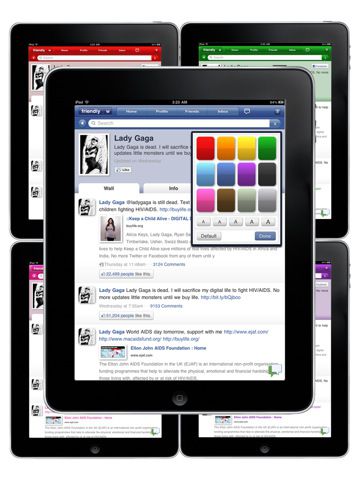 Dropbox is an elegant way of storing your documents “in the cloud”, essentially storing them online so that you can access them from multiple locations. These files can be private or shared with others, so it’s a handy way of storing important documents or photos that you may want to open while you are on the move.
Each Dropbox user gets 2GB of storage for free, but it’s possible to buy packages for more storage space. You can also link your Dropbox to a mountable drive on your PC or Mac, making it a cross-platform solution. 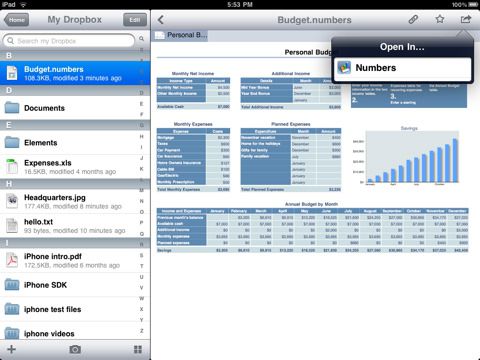 If you work on the go, it’s quite likely that you’ll need to be able to edit Word or Excel documents on your iPad. These two applications will allow you to create Word/Excel compatible files and are the best office products available on the iPad so far. That said, neither of these applications are fault free, as you may find there are differences (especially in sheet/margin setup) when swapping between the Apple office applications and their Microsoft counterparts. However, for a few pounds they are well worth having so that you can work on the move. 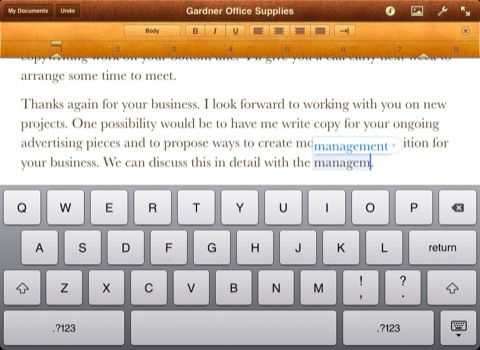 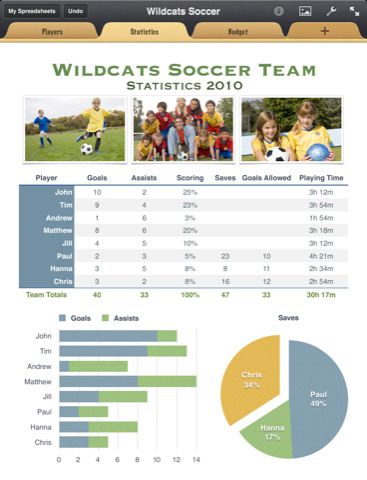 The following apps almost made it on to the list, but not quite… they are still very handy and worth checking out:

iMovie (link) – Create HD movies on the iPad with this easy to use movie editor.

Twitter (link) – Great for twitter users, as it saves having to load up the slower web interface.

Calculator Pro (link) – Oddly, the iPad doesn’t come with a calculator app. This fixes that!

Rightmove (link) – Great app for house hunting in the UK, as it lists almost every house for sale.

If you think we've missed one, let us know your thoughts in the comments thread.