This thread is dedicated to articles about women in the computer field.

In Celebration of Ada Lovelace, the First Computer Programmer (2015)

The first programmable computer—if it were built—would have been a gigantic, mechanical thing clunking along with gears and levers and punch cards. That was the vision for Analytical Engine devised by British inventor Charles Babbage in 1837. Whereas Babbage is credited with the machine’s conception, it was perhaps his friend Ada Lovelace who best understood its promise and the potential that computers would one day fulfill. The daughter of Romantic poet Lord Byron, Lovelace was a gifted mathematician and intellectual who translated an Italian article on the Analytical Engine and supplemented it with extensive notes on the machine’s capabilities. In these notes she not only explained the engine more clearly than Babbage had been able to, but she also described an algorithm it could carry out that is often considered to be the world’s first computer program.
Click to expand...

Augusta Ada Lovelace is known as the first computer programmer, and, since 2009, she has been recognized annually on October 15th to highlight the often overlooked contributions of women to math and science. The main event is being held today at Imperial College London, with the début of an anthology of essays, “A Passion for Science: Stories of Discovery and Invention.” “I started to think that one of the biggest parts of the problem was that women in tech are often invisible,” Suw Charman-Anderson, the founder of Ada Lovelace Day, told me. After reading a study in 2006 by the psychologist Penelope Lockwood, who researched the dearth of female role models in the sciences, Charman-Anderson thought that a fête for Lovelace could raise awareness of her noteworthy successors. This year, dozens of celebrations will be thrown around the world, including an “Ada Lovelace Edit-a-thon” at Brown University, where volunteers will ramp up Wikipedia entries for female scientists.
Click to expand...

She was certainly an interesting lady!

"Rear Admiral Grace Brewster Murray Hopper was responsible not only for the development of the Cobol language but also for the continuous pressure within the industry to make computers and computing more accessible and to to bring the research and career interests of women in computing to the forefront.
The history of computer hardware invention is mostly a male-oriented affair. This isn't unexpected given that the early computers had more to do with heavy engineering than logic.
However when it comes to software the picture is a little different. It is generally acknowledged that the first programmer was female - Ada Countess of Lovelace but Ada was just the first in a long line of dedicated women programmers.


Perhaps the most famous, important and colorful of this army, or should it be navy, of female software experts is without doubt Rear Admiral Grace Brewster Murray Hopper. She was responsible not only for the development of the Cobol language but for the continuous pressure within the industry to make computers and computing more accessible."

"Night at the Museum" poster to honor the life and achievements of Rear Adm. Grace M. Hopper in celebration of National Women's History Month.

II computers. Grace Hopper, shown at center right in the first photograph, directed the group. Programs were entered on reels of magnetic tape, using a special form of typewriter called a Unityper

Becky -- She was certainly an interesting lady!

Plenty of em around Becky but you never hear about them normally.

There was a wonderful TV program about Ada Lovelace a few months ago. She was the daughter of Lord Byron and died of cancer aged only 36.

The 8th March 2017 is International Women's Day, a day to call for a more inclusive and equal world and a better working world for women. This year's theme is #BeBoldForChange, including challenging bias and recognizing the achievements of women.

To that end, this tutorial will help you learn about some of the influential women in the history of computing, especially women that you may not have heard of before.
Click to expand...

For instance, not just a pretty face,

If you're at all familiar with the work of Hedy Lamarr, it's likely as the 1930s and 40s Hollywood actress Less well-publicized are her accomplishments in radio guidance systems during the second world war.

Along with composer George Antheil, Lamarr patented a frequency-hopping spread spectrum (FHSS) system that would prevent jamming of the radio guidance systems on torpedoes. The frequency-hopping system continually changed the radio signals sent to a torpedo, preventing the enemy from forcing the torpedo off course.

An updated and more easily-realized version of their system was implemented on Navy ships in 1962 during the Cuban Missile Crisis.

One of the interesting things at Dell EMC World last week came from Karen Quintos, the most powerful woman at Dell.

Karen is responsible for its Entrepreneur in Residence program, which, among other things, focuses on equipping and helping woman entrepreneurs. Dell Technologies apparently has created "Alice," a female-focused artificial intelligence focused on helping support and drive innovative firms backed by women.
Click to expand...

BYU Pushes to Increase the Number of Women in Cybersecurity (2017)

Only 14 percent of cybersecurity employees in the U.S. are women, according to The 2017 Global Information Security Workforce Study by Frost and Sullivan. Even with that low number, the U.S. is doing better than the world as a whole when it comes to women in cybersecurity: Men make up 89 percent of the global cybersecurity workforce.

There's a moment halfway into Hidden Figures when head NASA engineer Paul Stafford refuses the request of Katherine Johnson (Taraji P. Henson) to attend an editorial meeting about John Glenn's upcoming mission to become the first American to orbit the Earth. Stafford's response is dismissive—"There's no protocol for women attending." Johnson replies, "There's no protocol for a man circling Earth either, sir."
Click to expand...

Have you watched Hidden Figures? It's a excellent film, definitely recommended!

Becky said:
Have you watched Hidden Figures? It's a excellent film, definitely recommended!

No not yet as it has not appeared on Freeview

an I am too busy to torrent it

Seriously no not yet. It looks like a very fascinating film and is on my hit list.

Dana Lewis is the 2018 Women in Open Source Community Award winner! Here is her story about how open source improved her health in a big way.

Dana has Type 1 diabetes and commercially available medical devices were failing her. The continuous glucose monitor (CGM) alarm she was using to manage her blood sugar was not loud enough to wake her up. The product design put her in danger every time she went to sleep.
Click to expand...

There was an item on "Trust Me, I'm A Doctor" a couple of months ago about this very thing. Probably used the technology devised by the same lady.

Webinar: Women in Tech – How to Build an “And” Culture & Thrive

Join Amy Marrich, Linux Academy OpenStack Training Architect II, and Elaine Marino, Equili Founder, as they delve into the stats behind the state of diversity in the tech industry, how to create an “and” culture, and how to thrive.

In this live webinar, Elaine and Amy will discuss:
Webinar details:
When: Friday, August 10th, 10:30am CDT
Where: Sign up here!

It's well-known that women are under-represented in computer science and technology. A new initiative led by the NC Department of Public Instruction, Duke University, and IBM is working to reverse that trend by using an open source approach to bringing more computer science instruction into NC public schools
Click to expand...

Everything you need to know about Grace Hopper in six books

A reading list for people of all ages about the legendary Queen of Code.


Grace Hopper is one of those iconic figures that really needs no introduction. During her long career in the United States Navy, she was a key figure in the early days of modern computing. If you have been involved in open source or technology in general, chances are you have already heard several anecdotes about Grace Hopper. The story of finding the first computer bug, perhaps? Or maybe you have heard some of her nicknames: Queen of Code, Amazing Grace, or Grandma COBOL?
Click to expand... 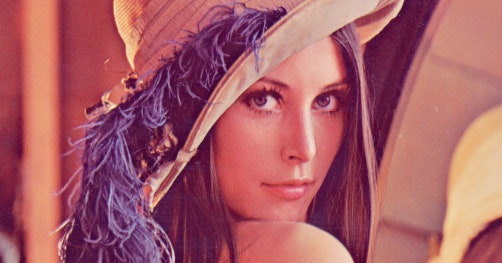 In 1972, a photo of a Swedish Playboy model was used to engineer the digital image format that would become the JPEG. The model herself was mostly a mystery—until now.

In 1972, a photo of a Swedish Playboy model was used to engineer the digital image format that would become the JPEG. The model herself was mostly a mystery—until now.

Excellent find. There is a ongoing story surrounding this tale,

Lena, a Swedish Playboy model who prefers not to use her surname nowadays, is the face of the most used test image in the world – and it all happened in the 70s after she did a Playboy centrefold.


Now, Lena is joined by multiple organisations including Code Like A Girl in her plea to the world to have the image of herself be removed.
Click to expand...

ends with a call on individuals, tech companies, universities and image processing facilities around the world to stop using Lena, and to help drive equal representation of, engagement with, and respect for women and girls across all areas of tech.
Click to expand...

Code Like a Girl is a social enterprise providing girls and women with the confidence, tools, knowledge and support to enter and flourish in the world of coding.
Click to expand...

Building A.I. is one thing. Actually putting it to use and leveraging it for the betterment of humanity is entirely another. Vivienne Ming does both.


As a theoretical neuroscientist and A.I. expert, Ming is the founder of Socos Lab, an incubator that works to find solutions to what she calls “messy human problems” — issues in fields like education, mental health, and other areas where problems don’t always have clear-cut solutions.
Click to expand...

Nothing to do with vampires