Windows Photo Viewer can’t display this picture because there might not be enough memory available on your computer. 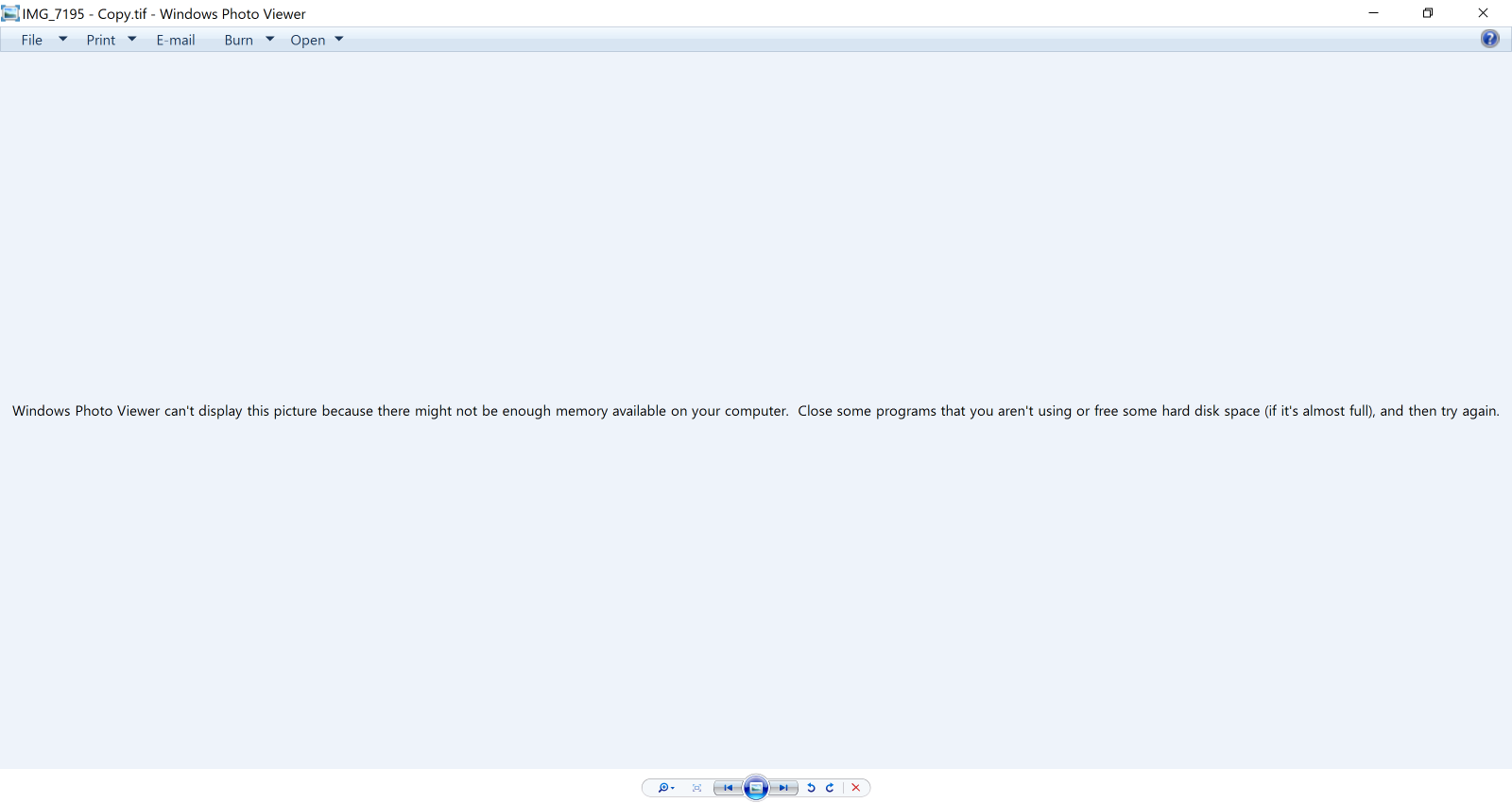 Windows Photo Viewer can’t display this picture because there might not be enough memory available on your computer. Close some programs that you aren’t using or free some hard disk space (if it’s almost full), and try again.

Error received when double clicking a *.tif photo to open it using the "Microsoft Photos" app in Windows 10 Home. In this case, the photo was originally a *.jpg, which opened with Photo Viewer with no problem. However, once the *.jpg was converted to a *.tif, the above error was received.

To fix the issue, open the original *.jpg in Photo Viewer (from a PC), go to the "Edit" tab (accessed from a drop down from the crossed pens icon on top right) and press the "Save a copy" tab. This version created by the “Save a copy” can then be saved as a *.tif in Photoshop or Gimp, and the *.tif will open in Photo Viewer.
Last edited: Oct 30, 2020
Ad

I've had this several times before with WPV. All the 'suggestions' online haven't done a thing. I'm convinced its MS trying to push me towards using their now Photos app.
You must log in or register to reply here.