A fella recently messaged me on the forum and mentioned from a post of mine he saw I had known a guy named Billy Tarrant. Billy was his Dad’s cousin and at one time a boxer who done pretty well locally in SE London. The fella who messaged me has aspirations to be a boxer and was interested in hearing about Billy so I’ve cobbled together pretty much all of the info I can about the days I knew Billy which unfortunately doesn’t cover anything boxing related.

I don’t know much about Billys’ boxing career except that the regulars at his pub the Southwark Park Tavern told me he was once Welterweight champion of Rotherhithe and Bermondsey. They also told me that before taking over the pub he had worked as a roadie for sixties band The Small Faces and for a brief spell with John Lennon.

I was also told he struck up a friendship with John Lennon and that when he took over the pub Lennon opened it for him, which led to flyers he had made for the disco being printed with an image of Lennon on them. He also had, at the pub in the upstairs room, a huge white on black portrait of Lennon painted on one wall.

I believe the pub is still open though under a different name and that the upstairs is now used as a games room with pool tables though I can’t confirm this. The pub sits opposite one of the entrances to Southwark Park and on the opposite corner is a mini cab firm that was named Star Cars and has been used for shooting scenes in several television programs including East Enders.

Billy employed myself and my friends Roy Rogers and Bob Crawley to do the disco in the upstairs room every Friday Saturday and Sunday and he called us The Jukebox Boys. A short walk from the pub was a shopping centre named ‘The Blue’ and sometimes we’d go to The Wimpy Bar with Billy, his wife Sheila and two daughters aged, I’d guess, around 10 and 11 at the time, where he’d treat the three of us to a meal.

The three of us worked at The Southwark Park Tavern for around nine months and it was the first regular booking we’d had for the disco. We had three turntables in a five foot long custom made coffin and used a WEM 100 watt PA we bought from T Rex.

I played Friday, Bob played Saturdays and Roy got Sunday. Fridays and Saturdays soon became full and very lively, we played mostly rock music with the occasional chart favourite thrown in. The liveliness of the first two evenings was possibly down to the amount of amphetamines everybody seemed to be taking but this made Sundays a kind of coming down evening and the atmosphere was decidedly laid back compared to Fridays and Saturdays but Roy coped well and played some good stuff.

Favourite tunes from those days I can remember are:

One Of These Days – Pink Floyd

All of side one of Master Of Reality – Black Sabbath

Stay With Me – The Faces

Master Of The Universe – Hawkwind

Most of the first four Led Zeppelin albums.

When we played the disco we used some stage effect fireworks for a while and one Friday evening around 10pm I let off a stage maroon which is basically a very loud bang often used in theatres to mimic a firearm being shot.

Billy knew a lot of the local population who came from all walks of life which included some shadier types that I suppose we could refer to as gangsters. Unfortunately for me one of these men drinking downstairs at the pub mistook the loud bang for a real gun and came rushing upstairs where he shouted out ‘Alright, who’s got the shooter?’. Then he came over to me sitting behind the decks playing a record and told me to take the record off.

Me being young and bolshy – and maybe foolish – thought he was CID from the way he was dressed in camel hair overcoat and suit and said to him I wouldn’t take the record off. This fella was also built like a brick outhouse and when he heard my answer he simply snatched the LP off the turntable, then smashed it so half was left in his hand and swiped it across my face.

I saw it coming and leant back but it caught me across the bridge of my nose giving me a slight cut. When he looked around everybody was standing there dead quiet staring at him. I then explained to Mr Gangster what the bang was and that it wasn’t a shotgun whereupon he said ‘If I were you son I wouldn’t let any more of those off again’ and he went downstairs.

About ten minutes later again he came upstairs and handed me a brandy saying ‘No hard feelings son, Billy told me you like a drop of brandy’ and I thanked him. You could say I was a bit surprised.

On another occasion I was sitting in the downstairs bar of the pub one weekday evening around 7pm nursing a pint of JC and there were very few people in the pub at the time. The bar was horseshoe shaped with two double swing entrance doors on each side of the ‘U’. I was sitting on a stool on one side and a single fella aged about 30 was sitting opposite me on the other side of the bar.

I went round to see where he’d gone and he was lying on the floor groaning clutching one of his legs covered in blood. An ambulance was called and the man was taken to hospital and some time later the police called at the pub and questioned me and a few others about the incident. The shooting made page five of The Sun the following day but as far as I know that was the only paper that ran a short story on it.

Billy knew lots of people that most of us would probably not meet in our everyday lives and on several occasions took us to meet some of them at various after-hours venues after the pub had closed. It seems to me there are places in London that only a few know exist and entrance is granted only if you’re known.

I remember one Sunday evening me and either Roy or Bob left the pub with Billy about 11pm and he drove us in his wife Sheila’s Renault 5 to, I think, the Cromwell Road up Kensington way and we parked outside one of those large terraced houses along there and went down some steps to the basement. The door to the basement was made of steel and when Billy knocked a hatch at eye level slid back and a pair of eyes peered out.

‘Hello Bill’ said the owner of the eyes, ‘Come on in’. The door opened and a man mountain about seven feet tall and just as wide smiled and beckoned us inside. The interior was what can only be described as a sleazy bar with sofas and low lighting and piped soft jazz music where the most motley crew of individuals and what appeared to be some very wealthy people were supping alcoholic beverages and chatting away. We stayed about an hour, quite an experience, there’s another world out there, or there was in 1971.

There came a time when Billy wanted to buy a new used car for himself, he’d decided on an Alvis and had located one for sale in Surrey, I think, or it may have been Hertfordshire, it was a long time ago so I can’t remember everything. Roy had worked for a while as a motor mechanic at Brands Hatch Motor Racing stables looking after the Formula Fords and was generally reckoned to be a competent car mechanic so Billy asked him to accompany him to look at this Alvis.

Even in 1971 an Alvis was a sought after car and only a few select owners were lucky enough to be able to afford and drive one. In 2019 this is more so. They arrived at the Alvis’ location and after an inspection and test drive Billy decided to buy the car. The then present owner asked Billy how he wanted to pay for it to which Billy replied ‘Cash’. I’m told the owner’s jaw dropped somewhat but Billy gave him a suitcase full of bank notes and he opened the case.

When the owner started to count all the money Billy shot him a withering look and said ‘It’s all there’ then he drove the Alvis away leaving the former owner still counting the cash. It was a lot of cash. Roy drove Billys’ other car back home for him.

And then there was the time Bob played Jacks at the bar with the locals one lunchtime and me and Roy found him draped across a fence in Southwark Park late afternoon, unconcious. Seems the local guy won the contest...

And those are some of memories of time spent at The Southwark Park Tavern during what now seem like heady days of 71/72.

When Billy left The Southwark Park tavern around '73/'74 he ran a small pub in New Cross named something like 'The Little Jewel'. The 3 of us visited him there a few times and that was the last we saw of him, like with so many people, we lost touch.

Billy at the Southwark Park Tavern: 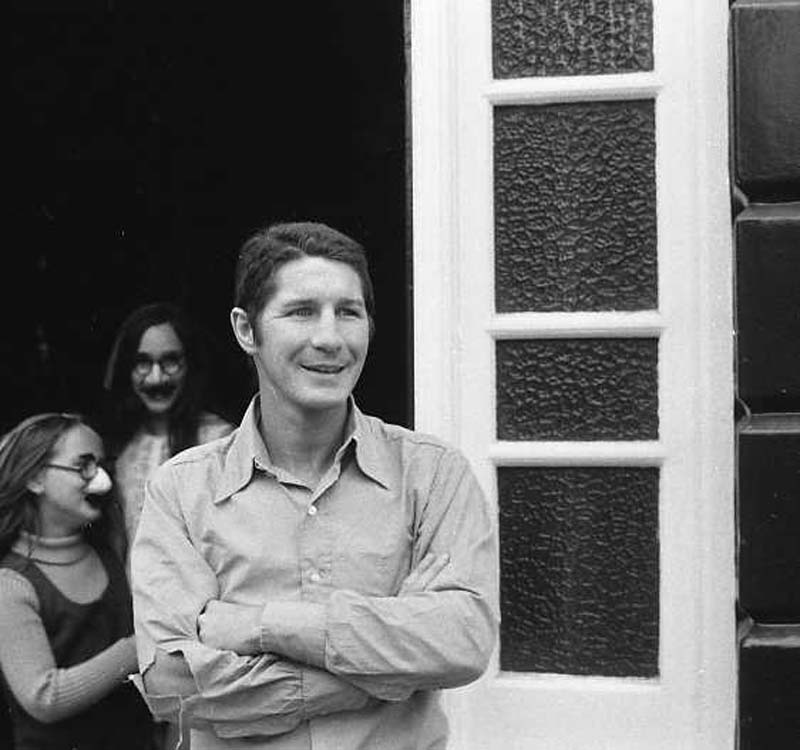 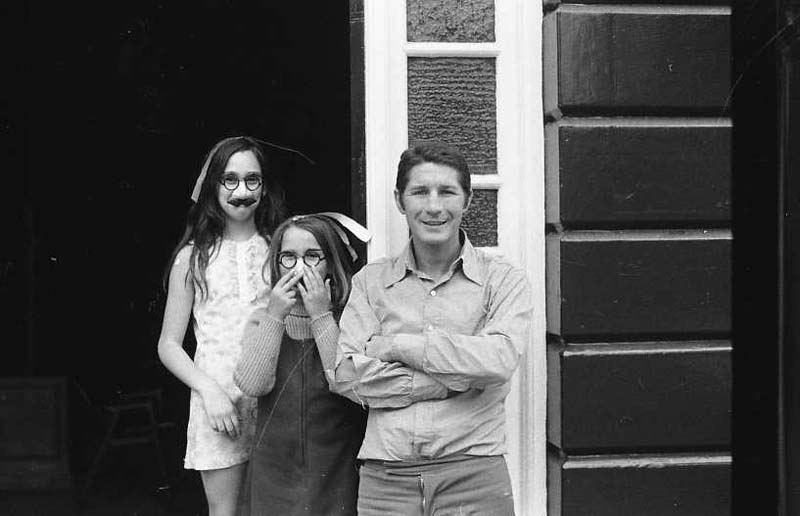 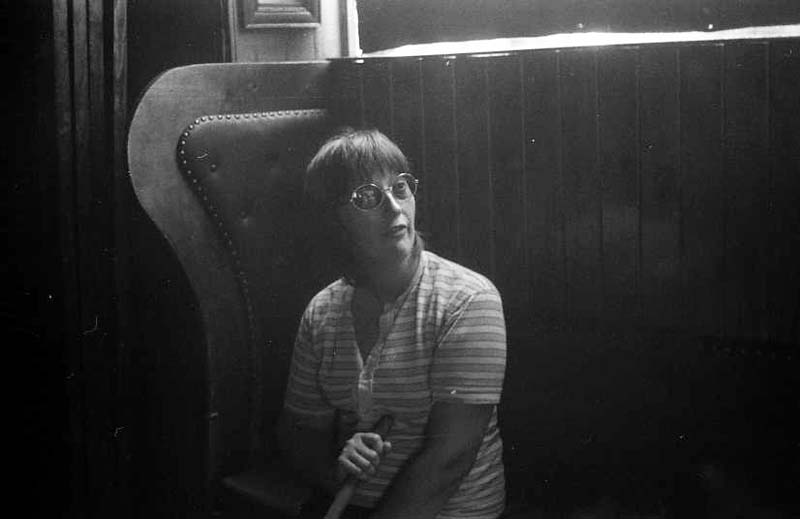 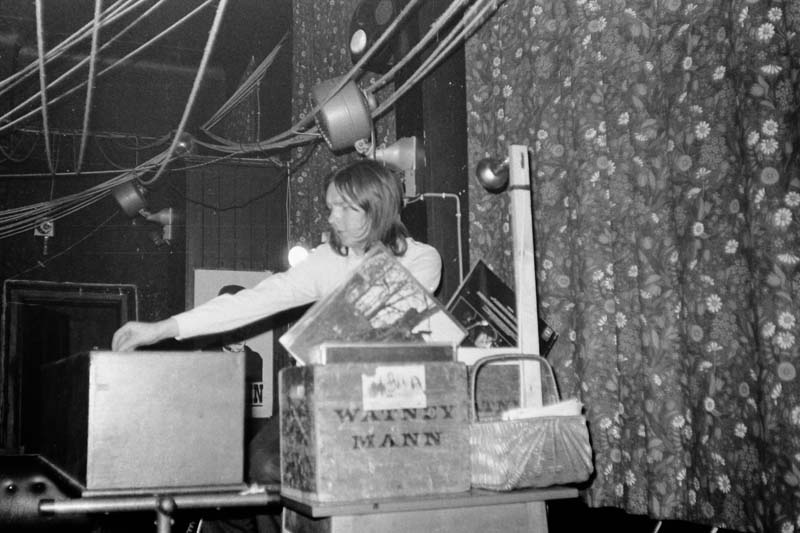 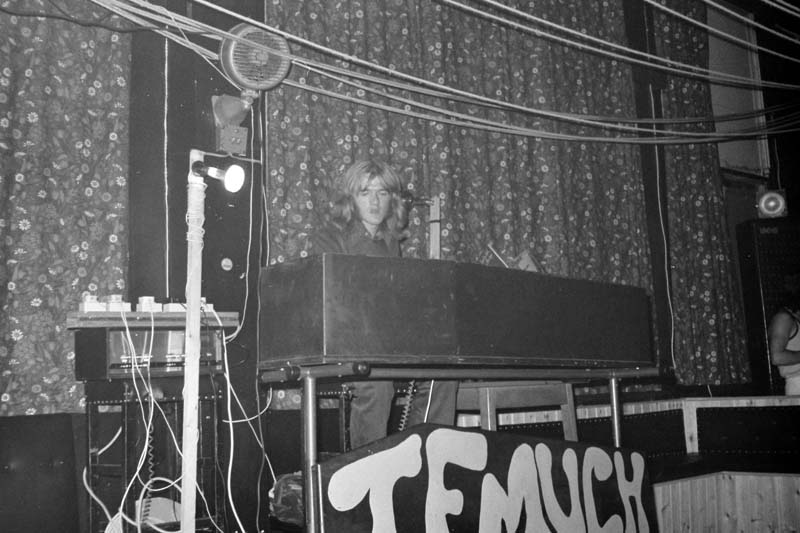 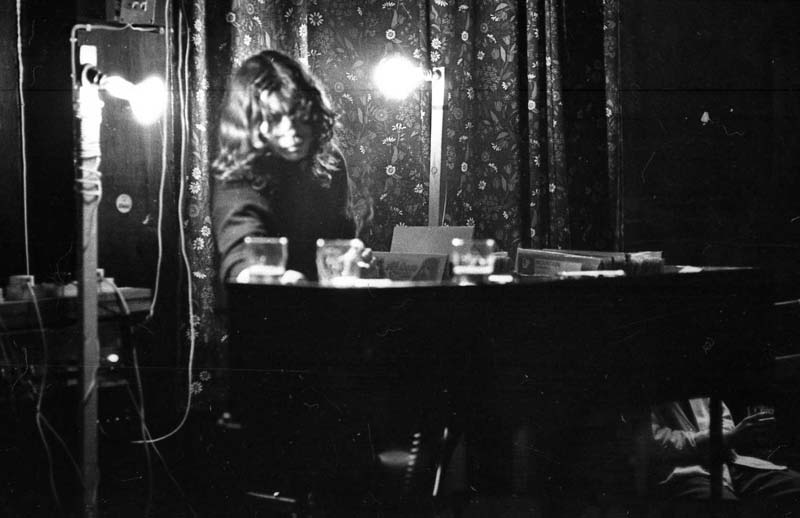 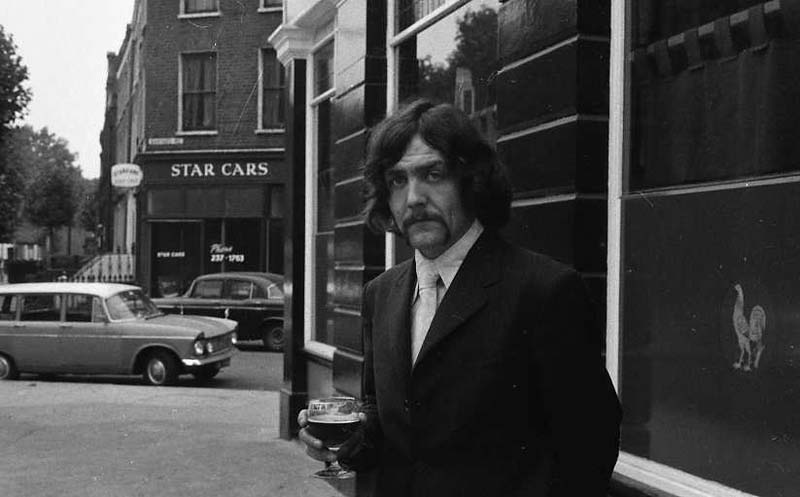 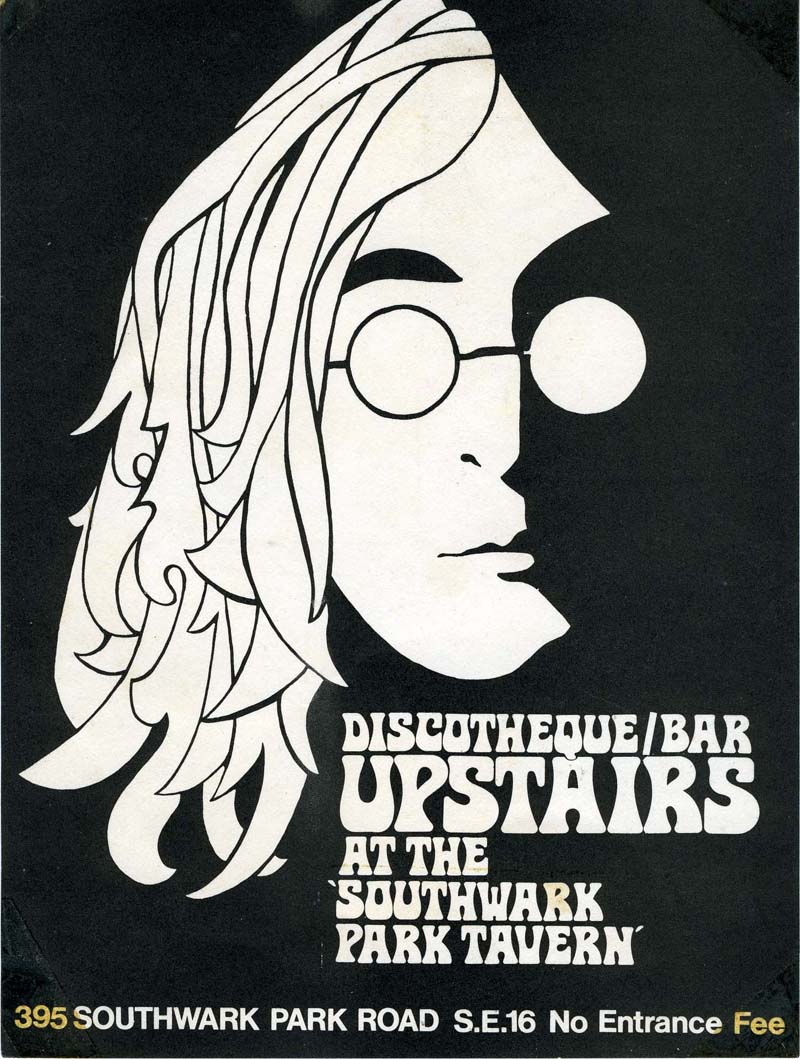 Melody Maker proof ad (we didn't do 6 nights a week for very long): 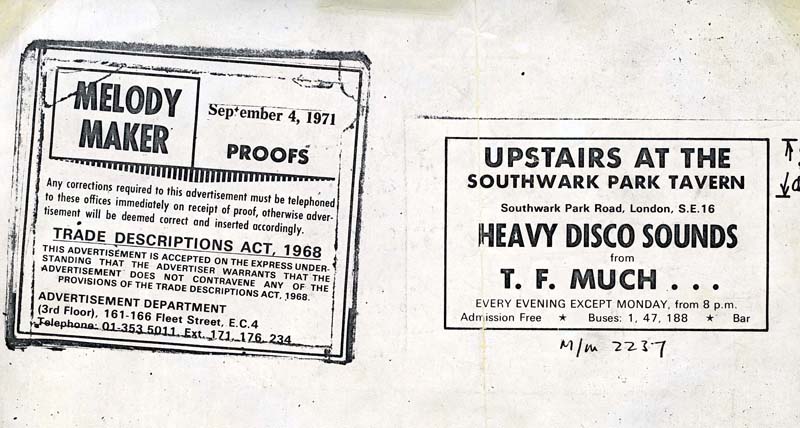 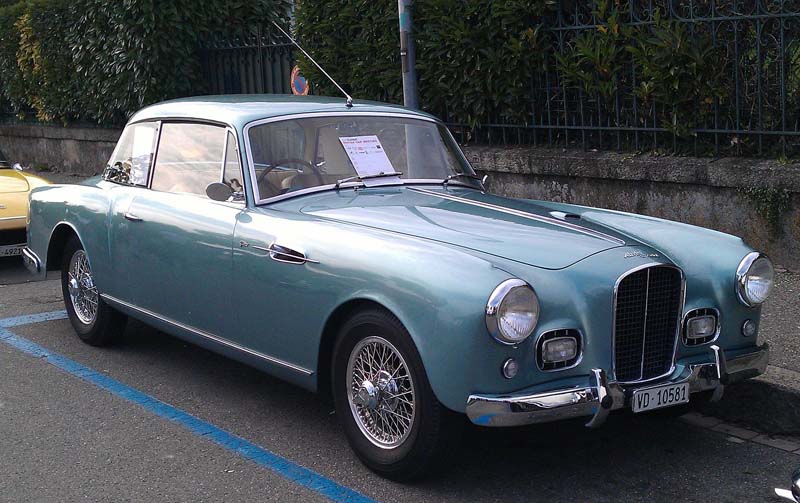 Wish I had your memory ... now get writing that book, I want the first off the press.

Really appreciate the post!. Really painted a picture. I showed my dad and he said it bought back alot of memorys from this era and loved it. Thank you very much
Ad

I love your posts like this @floppybootstomp. You've got some interesting tales to tell to say the least

, it's even better that you've always got tons of old photos too.
You must log in or register to reply here.