APH Networks have been taking a look at the bright and colourful Tesoro Lobera Spectrum mechanical gaming keyboard - here's a snippet:

The Lobera Spectrum is an entirely different animal when you plug it in to your computer, and fire up your desktop. Especially if you start it up in a darker room, it will light up your world like nobody else. Even the sides of the keyboard lights up according to the LED lighting effects you have chosen in the software interface. Users can customize using 16.8 million different colors (I did not actually confirm this), and nine different lighting effects. The four effects allowing users to fully utilize the full-color illumination are Firework, Rainbow Wave, Audio, and Spectrum Color. The main effect Tesoro has used to advertise the Lobera Spectrum is the Rainbow Wave. This effect, as the name suggests, sends a wave of color across the keyboard at a very quick rate. For myself, it was cool for the first five minutes before I changed to a tuned down effect to prevent getting a seizure. I settled for the breathing effect, which pulsates between off and maximum brightness in a gradual wave.
Click to expand... 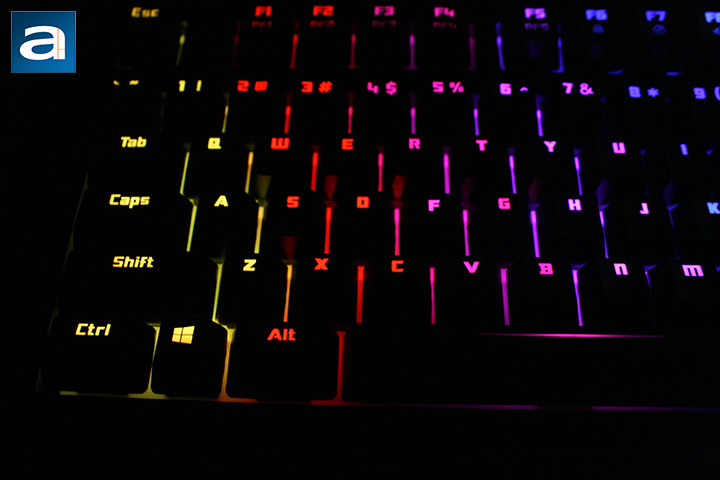