So this little fella was making a hell of a noise today....

We get Red Kites around here all the time, but usually they are circling up in the sky, not often do you see them perched in a tree especially in the middle of a residential area. However this one has been sat here a few times now, calling out and on one occasion I've seen it eating something, but didn't get a pic of that. However today I managed to get a semi decent couple of shots of it before it took to the sky again.

If you were wondering they had a breeding program here back in the early 90's and it was a great sucess, more info here: http://www.redkites.net/section72381.html

They aren't the greatest of pictures as I had to use all of the zoom and crop a fair bit, also had to tweak them a bit as they were a little blown out, but I thought I'd share them here. 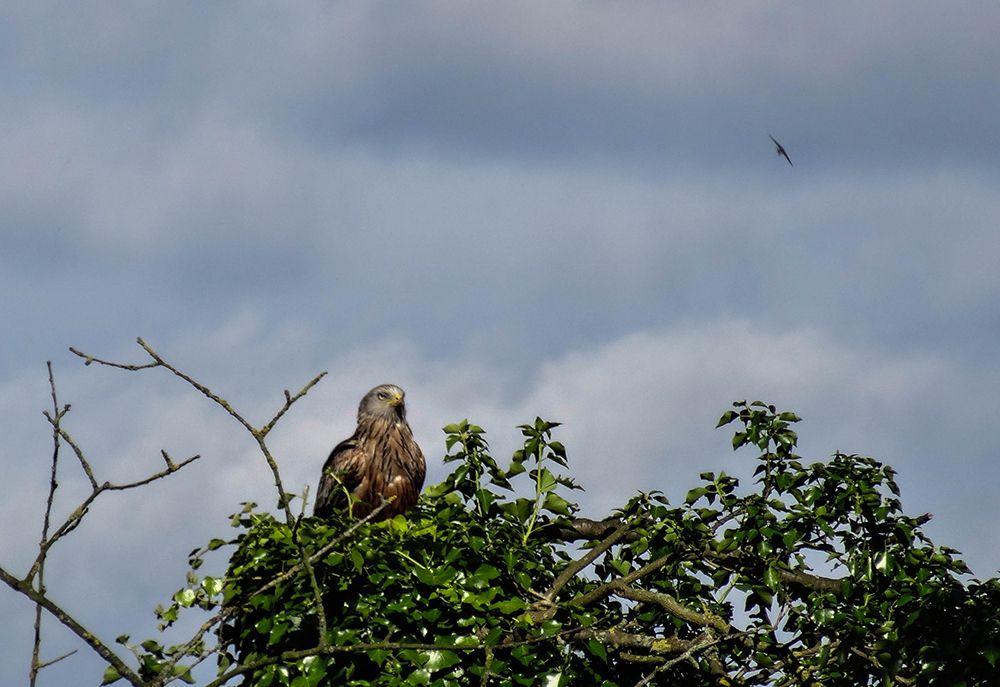 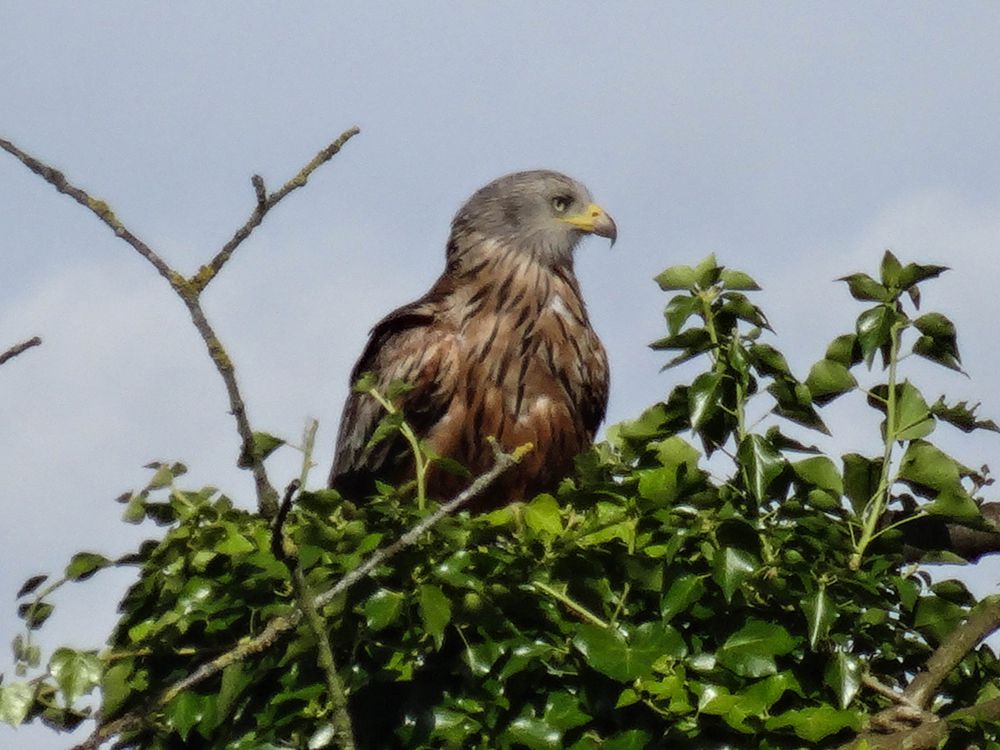 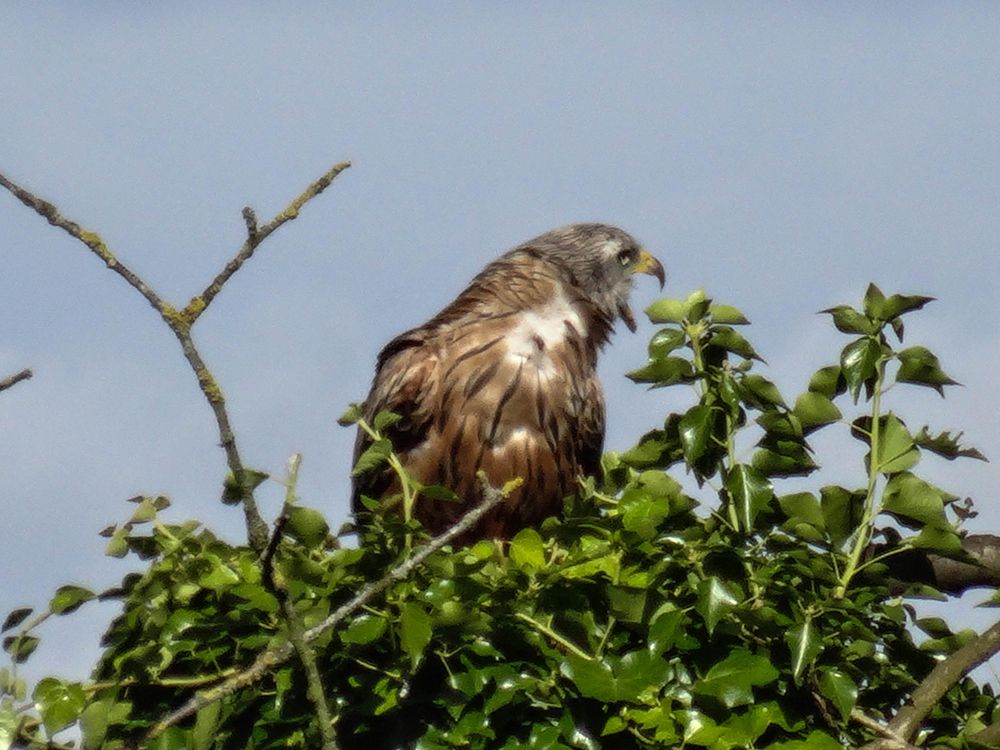 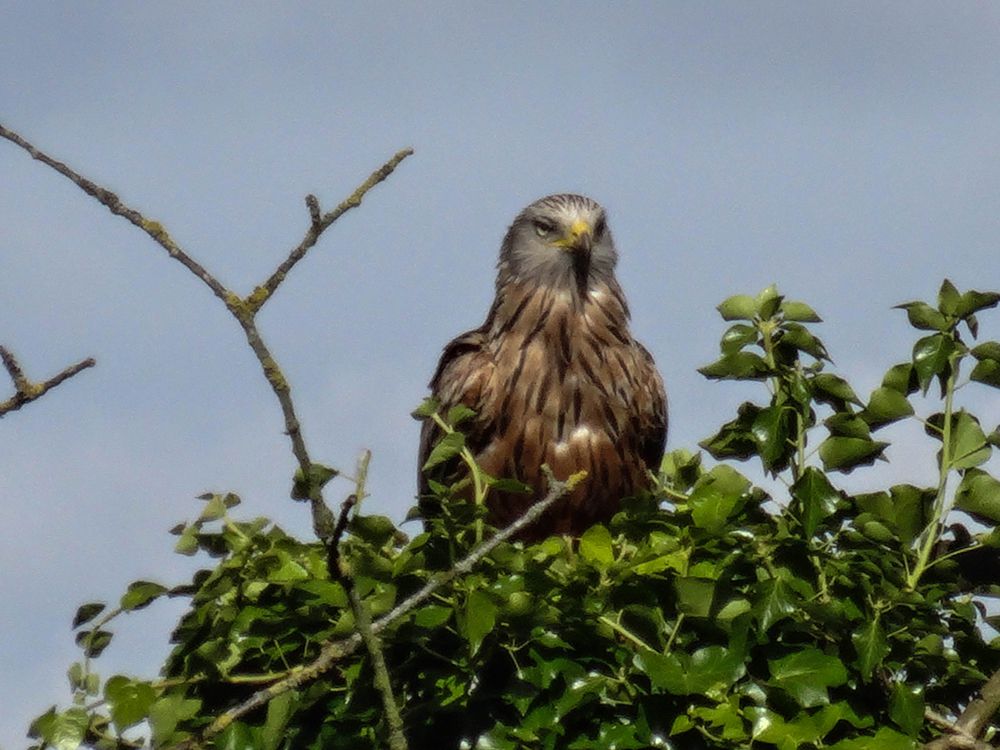 Nice work! Was that taken from your house/garden? That's damn close if so!

We get a surprising variety of birds in our garden, mainly songbirds but there's an owl nearby that I can hear early in the morning - never seen it though!

nice pics ... it's probably a youngster, now abandoned by its parents, still wanting to be fed.

Very nice pix V_R. You are so lucky to be able to get such a good shot of him.

@Ian, Taken from one of the upstairs windows, its down the garden and over a couple. Thankfully I still have my 'old' camera (Sony HX20V) as it has a 20x optical zoom, my new (to me) RX100 mk III wouldn't be able to get near it with its zoom.

It's quite surprising tbh, as its surrounded by houses on all sides, must be quite brave to land in the middle of it all like that.

I know you can go to some places around here in the woods and maybe see them, will have to try that one day.

I've been trying to get a decent shot if it for months! (I assume its the same one) Its either been a crap picture, crap weather or I've just been too slow! haha.

What was rather annoying is not long after I took those pictures it took off and flew right towards me, real shame I didn't get that shot! They're a lot bigger than you think too, they have a wingspan of around 4 - 5 foot!

There are none around here but they have been reintroduced in upper Teesdale so I have to go at least 30 miles to see them. Beautiful birds.

I love seeing birds of prey, but sadly we don't get any red kites round here (well, not that I've seen anyway).

I used to see them all the time when I was in Bradenham (Buckinghamshire) on training courses. One summer I was there for a couple of weeks, and at the weekend I took my books outside to revise - I heard a really weird crunch noise above my head, and looked up to see two red kites having a fight in the sky! It was amazing to see. My books ended up covered in little feathers as they dived at each other with their talons.

At the manor I assume? I know it. Some good pubs round there.

Its funny because when we're away, say down in Devon, I actually miss them calling and flying around above you.

V_R said:
At the manor I assume? I know it. Some good pubs round there.

Yup, that's the place! Never had time to explore the local pubs much though sadly, but there is a bar in the manor which sold very cheap drinks. One time they had some leftover champagne from a wedding and they made me a Royal Pimms - which is where you use champagne instead of lemonade. That thing was lethal! 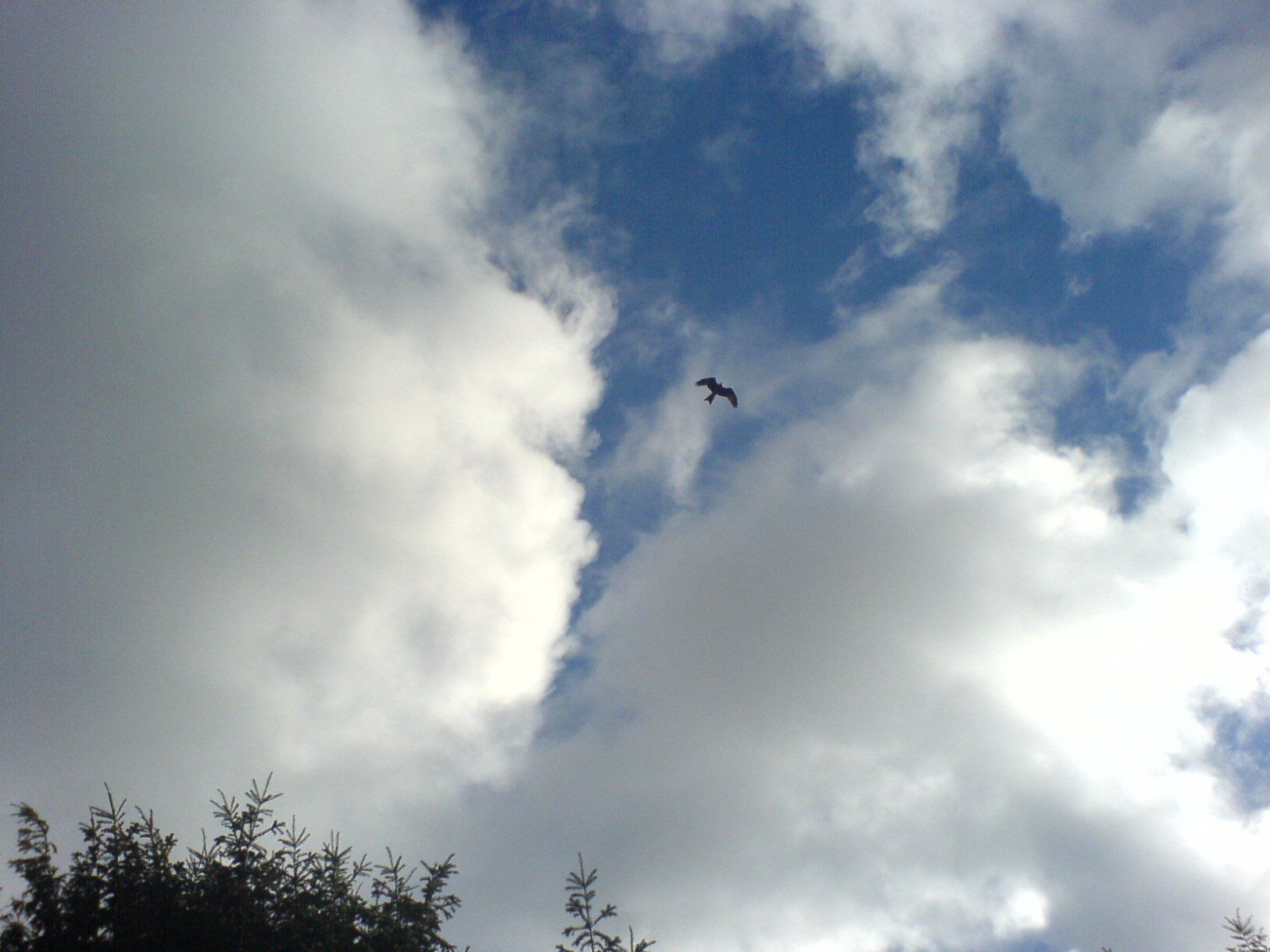 ...and the place itself: 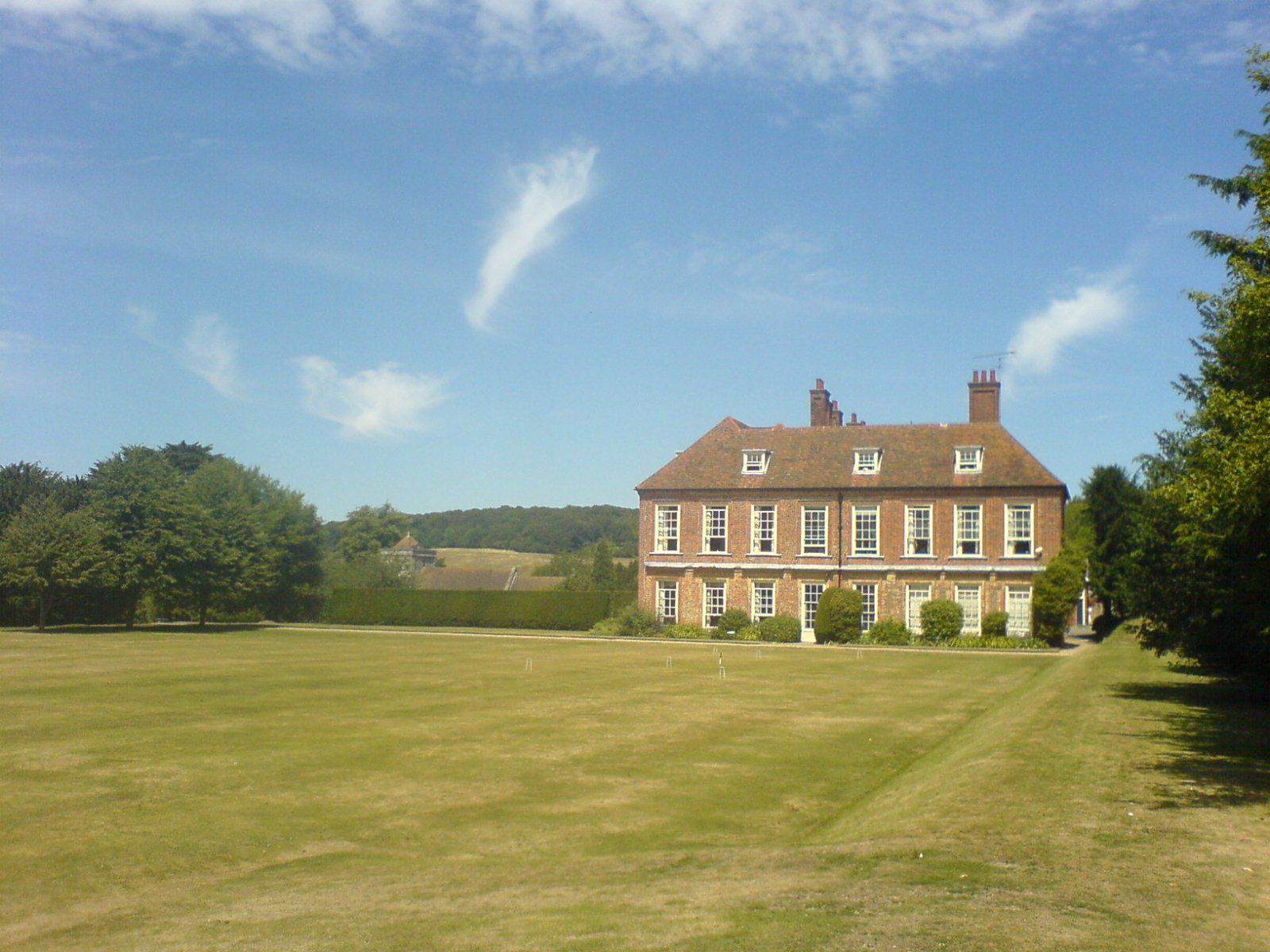 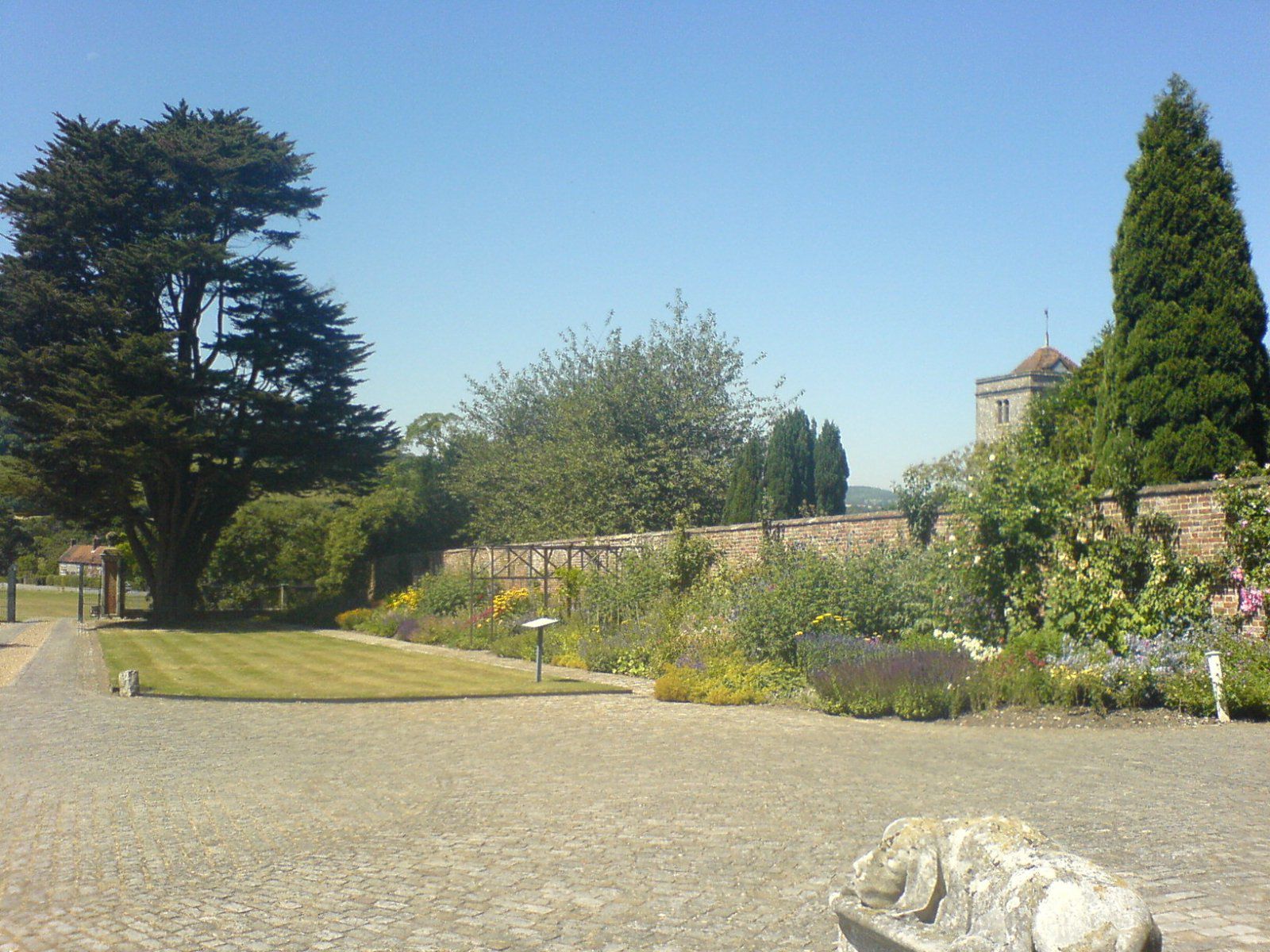 Found a dog graveyard in one part of the gardens!

Cool pictures, I've been past the manor loads, never in it!

The Sony RX100 Mk III is the camera I fancied buying, looks to be a great camera.

But I considered my buying options long and hard and decided I preferred to buy other items instead, mostly hi-fi related.

So for now I'll stick with my Canon G16.

I was hoping the price of the RX1003 would have dropped by now but it hasn't, it's been on my Amazon wishlist for months, possibly over a year.

Are you happy with it?
Ad

Same here, I've had my eye on it for at least a year.

Its a great camera and it takes great pictures, the DSLR sized sensor really makes a difference over other compacts.
The f/1.8 lens does wonders, I have a new found love for depth of field!
I love the EVF - its great in bright sunlight. I'm still getting used to and indeed learning more about all the manual features as this is the first time I bothered with all that. I'm usually a point and shoot kinda guy. I've wanted a decent manual camera for ages, but don't want a DSLR - too big!

That said I haven't used it as much as I would have liked, took it to Devon in June and didn't take anywhere near as many photos as I would normally!

BTW, the pictures above were taken with my old camera the Sony HX20V, as the zoom on that is way better than the Sony. Which is the one thing that I had reservations about when I was looking at the RX100. The HX20V is a 20x optical, which I quite like having. The RX100 is only ~3x equivalent.

I got it off eBay 2nd hand. Couldn't justify the price new! That said keep an eye out, as the Mk5 will be out soon (allegedly) and that might have a positive impact on the price.

I was looking at one of the older version too, but decided I wanted the EVF and fully tilting screen. Heres a good table of the differences between the different versions.

Becky said:
Yup, that's the place! Never had time to explore the local pubs much though sadly, but there is a bar in the manor which sold very cheap drinks. One time they had some leftover champagne from a wedding and they made me a Royal Pimms - which is where you use champagne instead of lemonade. That thing was lethal!

Found a dog graveyard in one part of the gardens!
Click to expand...

This your house then, Becky?

nivrip said:
This your house then, Becky?

Ha! I wish!
You must log in or register to reply here.