"Today, we will take a close look at the TS-470. A 4-bay NAS with up to 450 MB/s read and 423 MB/s write speeds, it also supports 10GbE networking with an optional expansion card. The aforementioned speeds can be attained in a normal Gigabit network thanks to the four Ethernet ports it is equipped with from the factory; that is, if a compatible switch is used. The TS-470 can even be scaled to hold up to 36 HDDs with 144 TB raw capacity through these optional REXP-1600U-RP RAID expansion enclosures. As you will have figured out by now, this isn't an entry level NAS, but a really powerful option that can handle everything you will throw at it.

This Nas is not only equipped with four Gigabit Ethernet ports, but also with an Intel Celeron 2.6 GHz dual-core CPU, which is more than enough to handle its needs, and 2 GB DDR3 RAM. It can also take SSDs, which can be used as cache drives to boost transfer speeds; that is, in addition to plain HDDs since it supports the SATA III protocol. However, its most important feature is probably QNAP’s excellent operating system, a custom-tailored Linux edition that offers a multi-windowed, multi-tasking GUI. QNAP put all their years of experience in building NAS servers into making a really sleek operating system that even allows inexperienced users to get the most out of NAS servers. There are also plenty of extra application packages we will take a close look at in this review, which then allows this unit to meet nearly any challenge head on, boosting the server's usability tremendously."
Click to expand... 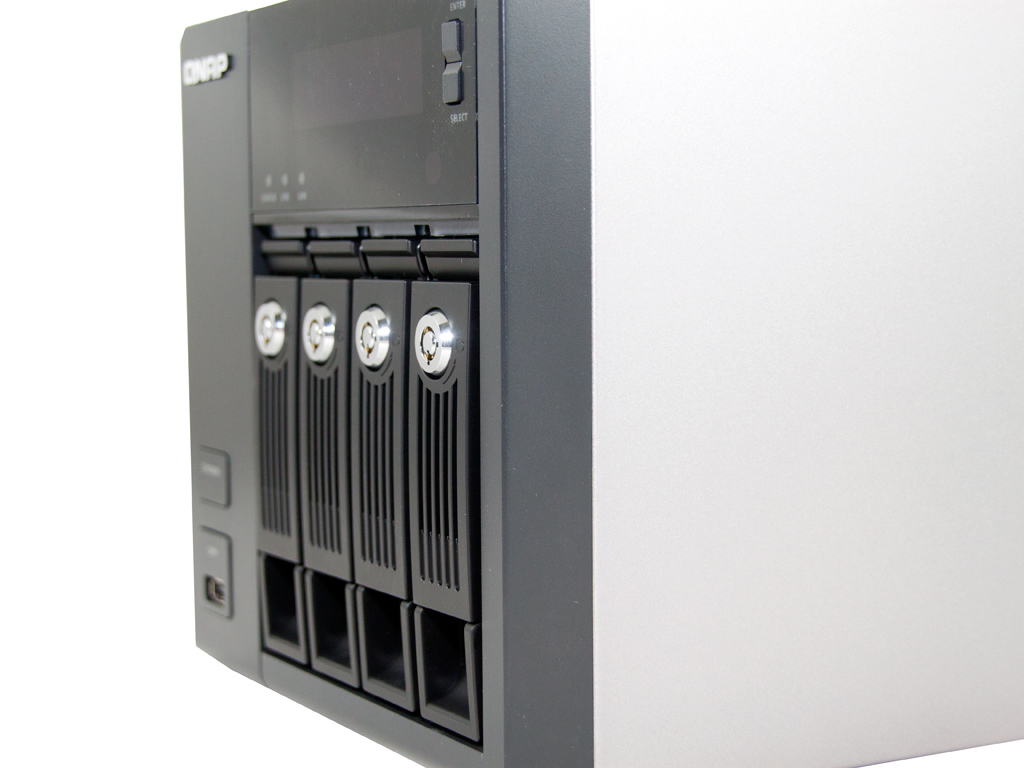