I like to make audio stuff, could say it's a hobby I guess and my idea for my latest project came from the January issue of Elektor magazine. Elektor is a European magazine based in Holland and Germany and has been in existence ever since I can remember, certainly as far back as the seventies.

In the January issue the magazine published plans for a three way active crossover. Crossovers are used in loudspeakers and are typically 2 or 3 way and divide audio frequencies up to drive different loudspeaker drivers. Treble to tweeters, mid to, er, mid and bass to bass.

This is usually done with passive components, typically resistors, capacitors and inductors. This method leads to some deterioration of the audio signal sometimes particularly in mass produced loudspeakers where cheap components are used.

An alternative way of dividing frequencies is with an electronic circuit and this is known as an active crossover. And that's what I'm going to build. And I'll also be making a three way loudspeaker system to use with it. Active crossovers are commonly used in concert hall and club public address systems where the three frequencies are fed to three different amplifiers or multiples thereof to drive the bass bins, mid range units and high frequency horn loudspeakers.

Some years ago I actually made a three way active crossover from another Elektor design and used it with three stereo amplifiers and various loudspeakers to drive my disco sound system, it totalled about 1200 watts at the time. This was around the early nineties as I recall.

I have bought the printed circuit boards from Elektor, a case from an Italian manufacturer named Modu and have gathered all the electronic components needed for the project. I also have a pair of suitable tweeters and some loudspeaker connector terminal panels for the mid/top cabinets.

To power the mid and top drivers I have two Mosfet amplifiers that I've already made, these are about 5 watts per channel and sound very good indeed. I need something a little more powerful to drive the bass units, I may use a valve amplifier I made, that's about 10 watts per channel or I may make a solid state (chip or transistor) amp around 30 watts per channel.

I have yet to gather the mid and top loudspeaker units and of course I have to make the cabinets.

This is the loudspeaker design I will probably use: https://sites.google.com/site/undefinition/tarkus

This is the Mosfet amp that I've a pair of: http://www.firstwatt.com/pdf/art_amp_camp_1.pdf

I'm not really quite sure why I'm doing this, I'm very happy with my existing audio system(s) right now but I suppose this just looked like an interesting thing to do.

Coupla pix of components ready to be put together: 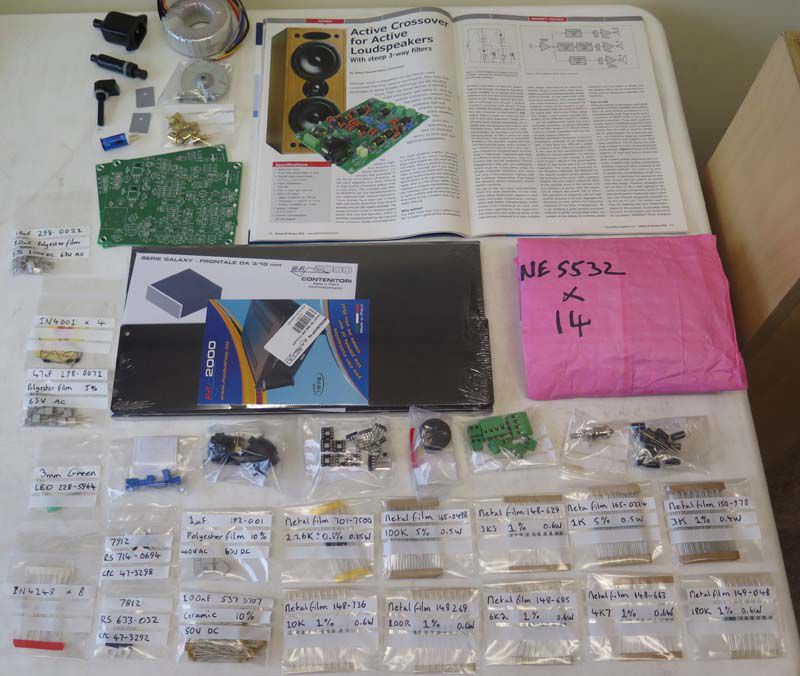 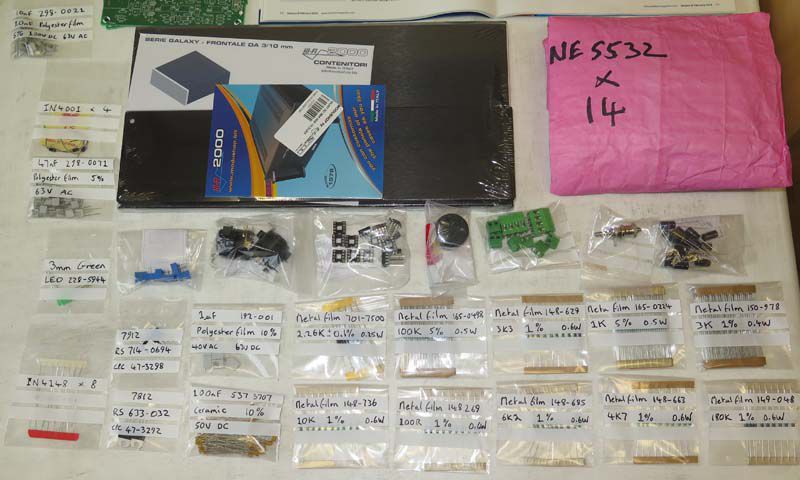 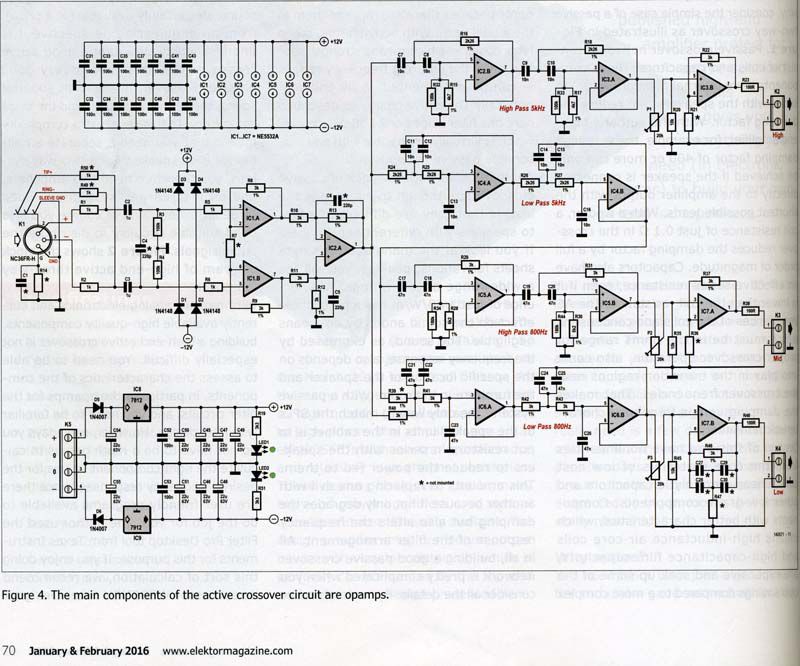 Good luck with that Mr Flops, please let us know how you get on. I admire blokes like you as that is something I couldn't do as I do not have the knowledge or the patients, good luck with your project.

Will be following this one.

Can't wait to see how this pans out

- this is my favorite type of thread!

How does it work with Elektor, do they list several projects in each issue and you can buy the PCB from them directly (but source components elsewhere)? I'm just looking at their website now and it looks right up my street.

I once did a 'project' that acted as an Indian smoke signaling camp fire ... It wasn't supposed to do that.

Thanks for the comments folks.


Ian said:
How does it work with Elektor, do they list several projects in each issue and you can buy the PCB from them directly (but source components elsewhere)? I'm just looking at their website now and it looks right up my street.
Click to expand...

That's about it Ian, they (usually) can sell you the pcb and you supply everything else.

I expect I'll finish and test the crossover itself fairly quickly but putting together the loudspeaker cabinets and choosing/building the third amplifier will probably take a little longer.

btw, the crossover has three 20K presets for level adjust per frequency but I've decided to fly these functions to six normal pots mounted on the case front panel. I couldn't find 20K lin pots from my usual suppliers so I bought six 22k lin pots.

The audio input signal is through a board mounted three pin XLR socket and I may change that to a case mounted XLR socket for convenience as it may be a little difficult to line the pcb's up against the rear case panel, cutting holes for the board-mounted XLR sockets.
Ad

Sounds like a very interesting project Sir Flopps. I always admire your organisation - everything set-out neatly before you begin. Somehow, I cannot imagine you ever having to rummage around to find bits and pieces; there they all are, waiting to be used. Very nice indeed.

Taffycat said:
I cannot imagine you ever having to rummage around to find bits and pieces; there they all are, waiting to be used.
Click to expand...

He could, however, be an exception to the rule.

I'm pretty organised as well, I know where me fridge is.

Must confess I AM pretty well organised. It may be that's because at my age I tend to forget where something is around five minutes after putting it there

I even have a spreadsheet titled 'Where stuff is'

Don't worry Mr Mucks I do the same but haven't a spreadsheet.
Ad

Looks like a very interesting project, I'm looking forward to seeing how this progresses