Now that AMD's long anticipated high-end Ryzen 7 CPU has been out for a few weeks, the company has announced their mid-range line up. Bit Tech has more:

AMD has now taken the lid off its mid-range offerings: Ryzen 5, which is to hit shop shelves in April with six-core 12-thread and four-core eight-thread options making up the launch family.

Designed for those who don't need the eight-core 16-thread power of the Ryzen 7 family... the Ryzen 5 range is available in six-core and four-core variants. The flagship model is the Ryzen 5 1600X, which is a six-core 12-thread chip running at a 3.6GHz base clock and 4GHz boost clock and supporting the full XFR frequency range. According to AMD, the chip is designed to compete with Intel's Core i5-7600K and boasts a 69 percent performance uplift in the Cinebench R15 multithreaded benchmark - though confirmed figures for other benchmarks were not available at the time of writing.
Click to expand... 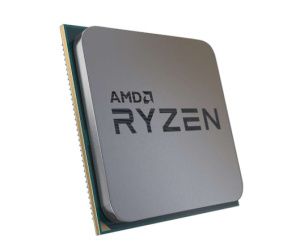