As many users of Windows Vista have found out, videos downloaded from the internet will not always play. This is often due to the lack of appropriate codec, which decodes the data in to something that you can watch in a media player.

There are hundreds of codecs available, often presented in codec packs to download. Not all of these are stable or present the best possible playback options. This article will show you the best codec packs available for Windows Vista, as well as an easy alternative that can play almost any media file. Many of the packs will also allow DVD playback, which some Windows Vista versions cannot do out of the box.

The K-Lite Codec pack is the most popular codec pack available at the moment and works flawlessly on Windows Vista. The main benefit of this package is that you can choose the broad type of pack you wish to install (either Basic, Standard or Full). Most users will want to install the standard package, as this should play almost any video file available. If you find a video format that is not supported, it is easy to re-install the full pack at a later date. The full pack is primarily designed for people that need to encode as well as decode (for example, in a movie making package), so is overkill for the vast majority of users.

Something that will appeal to many internet users is the built in support for Quicktime and Realmedia videos. Normally you would be required to install separate players from each company to play these formats, both of which are known to include unnecessary bloat! Instead, K-Lite installs only the plugins required to play these filetypes online.​
Media Player Classic is installed alongside the codecs, which provides a simple yet functional media viewer for video files. This is a "lite" version of the usual windows media player which may be better suited to some users. This is one of the most comprehensive and well tested codec packs, and updates are frequently released so it is likely that this package will continue to remain the most popular and best supported package for some time yet.​
Download K-Lite from Softpedia. Please note that this software includes the option to install the Yahoo toolbar.​
Vista Codec Pack​
The Vista Codec pack was designed to include a selection of codecs that will play most media files both 32 and 64 Bit versions of Vista. No media playing application is included, however any installed media player should be able to take advantage of the codecs.​ 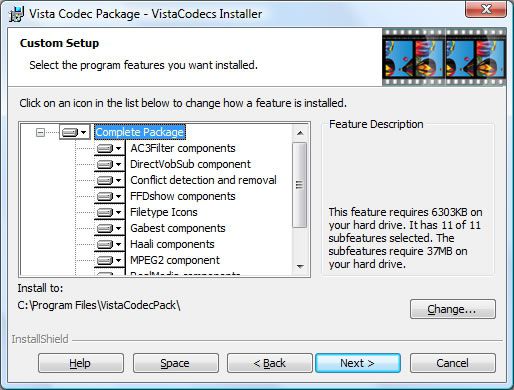 Quicktime and Realmedia formats are also supported in this release, allowing video to be streamed in most cases. Although not as comprehensive as the K-Lite codec pack, this may be suited to users looking for a lighter option that will allow more flexibility of the codecs installed.​
Download Vista Codec Pack from Softpedia.​
VLC Media Player

Although the VLC media player isn’t a codec pack in itself, it is free, open source media player that works on many platforms. It is very light weight and comes with a number of built in codecs that can play many media files (including DVDs).

A full table of supported filetypes is available on the VLC website. This media player does not support "RealMedia" files at the time of writing, however quicktime MP4, MOV and 3GP are supported. This free player is a real gem, and should be on an essential downloads list. The vast majority of media files will play on this open source software, which is free of any bloat often associated with media players. 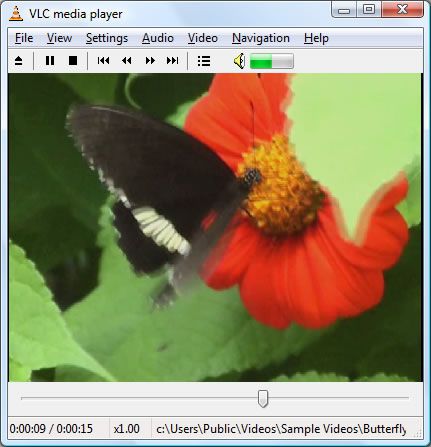 Out of the two popular codec packs, the K-Lite package is the current leader in terms of compatibility and would be the recommended download for users looking to play video files that they do not have codecs for. However, it is recommended that if you can play all video files at the moment then you do not need a codec pack yet. Be sure to install only 1 codec pack, as multiple packs could cause conflicts.

The VLC media player is a fantastic bit of free software, coming self packaged with almost every codec you would need. If you are not comfortable installing a codec pack, then this bit of software is strongly recommended. It is easy to use, very light weight and can play the majority of video files that Windows Media Player can’t use out of the box (including : DVDs, MP4, MOV, FLV etc...).