Team of AI have beaten humans at Dota 2


A team of five electronic neural networks are getting so good at playing Dota 2 that they have started beating amateur humans, according to a recent blog post from OpenAI. The bots have learned how to play the game entirely through self-play, and interestingly they work as a team. This was achieved through the implementation of a 'team spirit' parameter which tells the bot how much value to place in individual goals versus team goals. Each bot collects around 180 years of experience per day using 128,000 preemptible CPU cores and 256 P100 GPUs on GCP.

So far OpenAI Five has played against five teams of humans, and earlier this month it started to win games against human players. The next goal is to take part in The International Dota 2 championships in August, which is a tournament for professional players featuring a prize pool worth over $15 million. 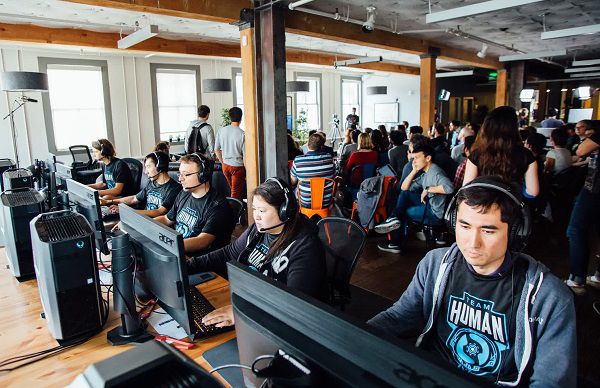 OpenAI Five playing the best OpenAI employee team
Source: OpenAI​
Many people are concerned about the potential dangers of artificial intelligence (AI), and companies like OpenAI have been set up to help develop AI in a 'safe' way. OpenAI describes itself as "a non-profit AI research company, discovering and enacting the path to safe artificial general intelligence". It is notably sponsored by tech giants including Microsoft, Amazon, and Elon Musk.