Quality portable headphones in today’s age have a lot more importance compared to just a few years back. We did not have iPods, MP3 players, portable DVD players, portable gaming machines, state of the art and cutting edge multimedia laptops etc... Good reproduction is not just a need for audio only players but video players as well. The supplied earphones with most gadgets are just not good enough and after-market, higher quality headphones become almost mandatory if one wants to enjoy full potential of the equipment purchased. The impact of good quality sound when it comes to these kinds of gadgets certainly cannot be underestimated. On the other hand, headphones come in very handy even on desktops as it is not practical to use the speakers all the time. One can connect the headphones directly to the sound card output and enjoy the intensive gaming experience or just for listening to some music/watching a movie late night without the fear of disturbing neighbours. If you are looking for a headphone which can do indoors as well as outdoors and are reasonably priced, you should seriously consider the Sennheiser PX 200. 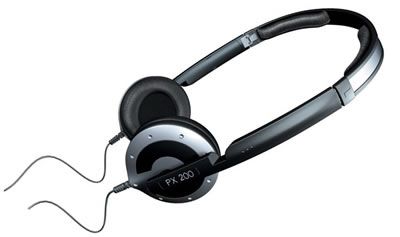 For the sound that they produce these headphones could not have been any smaller than they actually are. Once folded, they can be slipped into a nice looking case which comes with the headphones and can be carried in person on the go.

The headphones come with a 1.4 M captive cable which is fitted with a standard 1/8-inch stereo mini-jack plug and at 32 Ohm impedance, is an easy load on any equipment it is connected to. The Sennheiser PX 200 headphones may be portable, but, they are equally at home if connected to either a hifi or a desktop computer. The cable is ideal for most portable applications, however, if longer cable is needed, one can get an extension with appropriate connectors that are not very expensive from any store selling headphones. 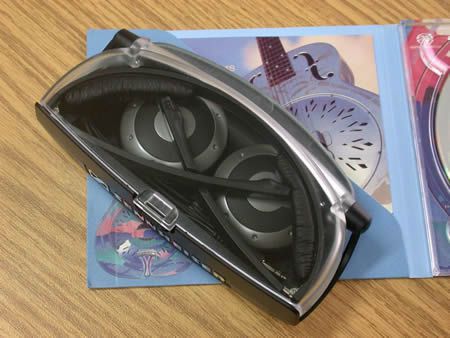 The PX 200 are extremely light weight at just 60 grams. The ear pads are covered with leather are very comfortable and two additional pads have been provided just under the band, which would rest on the head, there are no issues about these being uncomfortable. The headband provides just enough lateral force to get the cups to seal the ears, but not so much that it's uncomfortable. Just make sure that you adjust them for optimum listening with the music being played for the right amount of lows and highs, once you do that they stay in place and will give you the sound that they are supposed to. 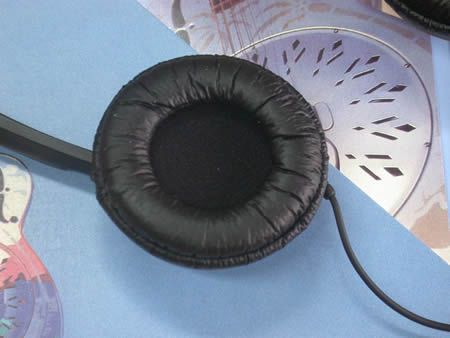 These headphones are built to very high specs, and the stainless steel headband and stainless steel hinges make them very durable indeed. When the headphones are unfolded they snap into place with a click sound. The extremely flexible cable is no ordinary wire, but, OFC (Oxygen Free Copper) reinforced with Kevlar (material used in bullet proof jackets). The ear pads which are covered with leather are replaceable making them modular in construction. Sennheiser gives full two years warranty on these phones from the date of purchase. 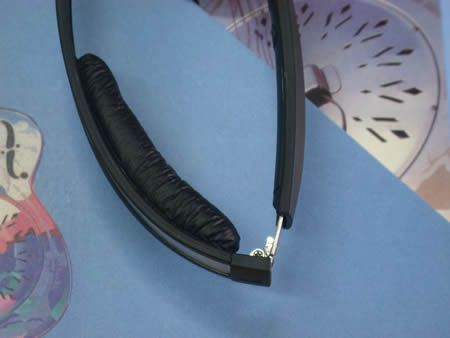 The basic specification of any headphone or as a matter of fact even speakers really does not give one an idea of how they would sound like. Two headphones/speakers from two different makers having the same specifications can actually sound very different. Technical specifications are only half of the story...tone quality, imaging, detail in the highs and midrange resolution are some of the aspects which cannot be measured by any technical device, but only by the listener... However, it should be noted that these aspects are more to do with personal preferences rather than, say, to do with accuracy of the headphone or speakers in question. Nonetheless, many of us have curiosity about such aspects of any headphones/speakers hence the subject of discussion here. I will briefly touch upon these aspects in testing.

The headphones have been tested on the headphone/line-out socket of following equipment:
Music / Video used for evaluation:
Sound Quality

The listed DVD and CD's are used to evaluate these headphones and also compare them to another pair of headphones which also happen to be from the same maker, the Sennheiser HD-580 Precision. In real world this is not a proper comparison since if we take the original list price of both the headphones the 580's are 5 times more expensive! Nonetheless, were they evaluated without any reference it would not be possible to say how they sounded. These were also compared to my sons earphones bundled with a portable CD player.

Patented duofoil™ diaphragms are employed to help achieve Sound Pressure Level (SPL) in the vicinity of a whooping 115 decibels! Specification aside, I found the level of volume more than adequate when connected directly to the socket on the Marantz CD63SE player. I later checked them with my IBM T41 Laptop, connecting them to the line out socket and watching/listening to the Joni Mitchell DVD entitled “Painting with words and Music”, to be honest I got carried away and realised I had almost finished the concert without any interruptions. I also checked them out on the portable Philips player, the bundled earphones, although are pretty decent sounding in their own right were not as refined sounding as the PX 200. The sound of the player transformed, particularly becoming very smooth in the highs and having more authority in the bass region.

The sound of the screaming guitars which is on the Dire Straits album “Brothers in Arms”, particularly the track entitled “The mans too strong”, did not sound muddy as was the case with the earphones of the portable player. In my opinion, the PX 200 did not disappoint at all, as this track is one of the most difficult track for speakers/headphones to resolve, with ordinary equipment, usually resulting in a muddy and unclear mix. It of course depends on the source equipment as well. 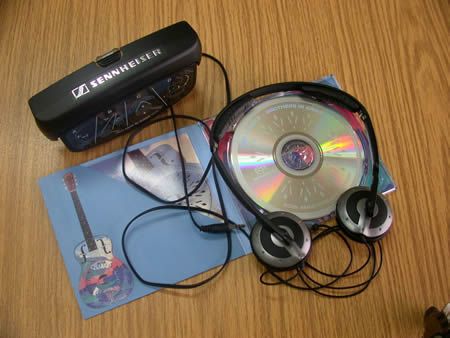 Headphones, Case and "Brothers in Arms"​

Probably the most famous guitar riff in the history of rock is featured on the album “Machine Head” by Deep Purple, the unforgettable track “Smoke on the water” was really fun listening to through the PX 200.

The sound of these headphones is very slightly on the laid back side in terms of high frequency, an attribute which makes them excellent choice for long sessions and one I personally favour in speakers as well as headphones. The vocals were exceptionally clean and clear, the bass was more than adequate and not in any way pronounced. However, in terms of extension I thought that they did not give me an impression of what the manufacturer’s specification states, which happens to be 10hz-21,000 Hz. There is one anomaly though; the stated specification on the package does not give any indication of the deviation from the specs. I am surprised this is omitted by Sennheiser. The lack of sheer extension in the bass region is I am sure attributed to them being brand new and need adequate burn-in time before they really start to give out their best. While I had been listening to them, the sound sort of slowly was opening up, particularly the high frequencies, which were becoming smoother and the low end was very slowly getting to give me an impression of having a bit more extension. I would reckon these headphones should come on their own after about 20 to 30 hours of use. Thus, making a judgment about sound quality immediately after putting them on, when brand new, is not really the right thing to do, give them time, they will make you more than happy.

If I were asked about the difference between the 580 and the PX 200 I would say that the former sounds like a full range floor-stander and the later like a largish bookshelf speakers. However the tone quality of both the headphones is very similar, which is not surprising, since both come from the same manufacturer. The 580's were obviously superior in every department which is understandably so, but, one must keep in mind the price difference between the two. Secondly, the impedance of both phones is poles apart and would actually give a very different load to any equipment they are connected to. One thing which goes in favour of the PX 200 is its light weight which probably makes them very comfortable to wear for long durations.

Some may think that these are expensive, but on closer inspection it really is not the case as they are well built and sound great too. In my opinion these headphones can be compared to any standard headphones 20 percent cheaper than these, actually 20 percent of the cost goes towards excellent portability (the cost of a storage case, steel band and high quality hinges). In my humble opinion if you are to have just one pair of headphones, this is it. It actually saves you money in terms of avoiding purchase of two headphones, one for home and one for on the go. 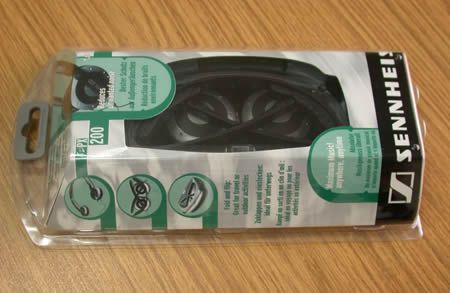 An alternative to the PX 200 is the slightly cheaper PX 100, having foam covered pads and is an open design unlike the PX 200 which has leather pads and is a closed design. The open design will leak out a lot of sound disturbing people sitting next to you, for example in an aircraft. The foam surrounds are not the ideal option for hot and humid climates and will certainly wear out much sooner compared to the type of pads on PX 200. Although I have not heard the PX 100, the general consensus is that the PX 200 has a much better midrange resolution and sound more natural whereas the PX 100 has a slight edge in terms of bass. My emphasis would always be on the quality of midrange as most of the music resides in that segment. I also do not like foam surrounds as they age much quickly and do not have a smooth feel compared to the leather pads. I personally believe the PX 200 a better buy, and that is why I opted for them.

The generic earphones bundled with portables will not satisfy those who need the sound to have adequate bass, clean midrange and desired volume, since the drivers are too small to really do justice to the entire audio spectrum. Standard headphones have everything going for them, but, are not practical for carrying around. These headphones don't have the capability to give you an ear massage if you are playing music featuring heavy bass, but, they will play the sound from the source faithfully. These headphones sound great on portables and more than satisfactory on a home hifi. Being versatile, they are an ideal compromise (without really compromising the sound) and one can opt for them and enjoy it at home as well as on the go.

Sennheiser PX 200 are closed type headphones, but, they excel in giving a very open sound. I bought them for my wife and she is one happy owner!