Eons ago when I upgraded my monitor from monochrome to colour, it was THE most exciting upgrade of that era. A flickering screen was probably not even acknowledged as a major drawback of monitors of that era, since a comparison was not possible with anything else. Now we have LCD monitors, which practically exhibit no flicker at all, hence, the comparison. Flicker is by far a major drawback in CRT monitors and many users not knowing that the default is usually set at 60 Hz, continue to suffer with eyestrain and subsequently headaches, thus reducing their quality time in front of their screens.<?xml:namespace prefix = o /> Enter the LCD! Now, even at default 60 Hz, there is no noticeable flicker when LCD monitors are setup and the user can easily get more quality time doing things for a longer periods without the eyestrain leading to headaches. If you need to refresh your memory about LCD monitors, check out the CRT vs LCD article previously published. 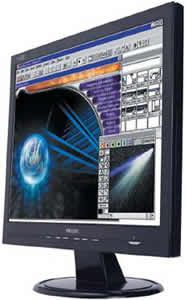 I had previously been using a Samsung 700IFT which was a 17” monitor, with very high specifications (1600 x 1200 max resolution, .22 dot pitch, capable of 95 Hz with resolution set at 1280 x 1024 and colour depth of 32 bit). This was a good monitor for photo editing, gaming as well as watching videos. The life of a CRT is approx 3 years (home use), after which the tube starts to become weak and is difficult to calibrate for critical work like photo editing. The monitor was approaching the 3 year mark and was still giving excellent service, albeit I noticed some patches on the screen which I later realised was the anti-glare coating coming off. In just a week of use, the problem became severe and the legibility of text was badly affected. I had to make a quick decision and decide on a monitor to replace the Samsung as my personal work started suffering. I had to choose between what was available on the shelf at my trusted vendor. The Philips 170S5FB was the best option available to me, even though it was lacking in certain features that I would have felt comfortable with, like the option for DVI input and pivot feature, which it did not have.

This is a no frills attached ‘standard’ LCD monitor from the Philips range of 17” LCD’s. However, it boasts a very good 16 ms response time and a native resolution of 1280 x 1024. The other notable feature on this particular model is the addition of an sRGB profile in addition to the standard ‘Original Panel Colour’, 9300K (for CAD/CAM) and 6500K (Image Management). The manual states:

Using a standard unified color space, sRGB will help represent pictures taken by an sRGB compatible device correctly on your sRGB enabled Philips monitors. In that way, the colours are calibrated and you can rely on the correctness of the colours shown on your screen. Important with the use of sRGB is that the brightness and contrast of your monitor is fixed to a predefined setting as well as the colour gamut.

Please do not change the brightness or contrast setting of your monitor. If you change either of these, the monitor will exit the sRGB mode and go to a colour temperature setting of 6500K.
Click to expand...

I use the sRGB profile for all practical purposes after having checked each profile. I also installed the FPAdjust software which was bundled with the monitor; this software essentially confirms the setting of the monitor and visibility of the entire Pluge Pattern when the sRGB profile is used.

The other feature, which is very handy, is the ‘Auto Adjustment’ button on the control panel just under the screen. When the button is pressed, the monitor automatically adjusts the horizontal position, vertical position, phase and clock setting, thereby eliminating the need to go into the OSD (On Screen Display) Menu and make the adjustment one by one. For some reason if you are not satisfied with the auto setting, you know you always have the manual tuning facility to adjust the monitor to your personal preference if desired.

This monitor is very much energy efficient with consumption of typical 30 watts when in use and less than 1 watt when in stand-by mode.

Visual Performance of the Monitor

I did not specifically buy the monitor to watch videos, nonetheless, I was curious how it performed with a fast response time, which is supposed to help eliminate streaking and ghost trails which plagued earlier LCD monitors having 25+ms response times. The performance was very good, in fact far better than I expected, I can see the trailing effect on my laptop clearly, but not really on this monitor. It is not really like the Pixel Plus Television where you can follow the image clearly while being panned by the camera, but, perfectly acceptable for all practical purposes. Comparing the LCD monitor with the likes of the Pixel Plus Television is not really a correct way to judge an LCD monitor, but I believe it is an ultimate test for any LCD screen to know how well it performs in the department of video.

I used Fly II and demo software from Matrox to check the quality of the graphics. The monitor did not exhibit any artefacts or jaggies. The colour was rendered very nicely and the shadow detail very good.

I checked some of my pictures in the collection having sequence of bracketed exposures in a single folder and the monitor was capable of showing the minute differences quite distinctively. I feel I can manage to edit my pictures on this monitor. For critical photography, I am still dependant on transparency film and my trusted Nikon SLR bought 10 years back.

If you were contemplating going for the change from CRT to LCD and were procrastinating due to poor quality of the screens or high price of a good LCD monitor, you may be in for a surprise how good they have become and how affordable they really are.

As mentioned earlier, this is a standard "no frills attached" LCD monitor and not the top of the range from Philips. It does not even have a DVI input facility but the analogue input worked as well as the DVI input I use on my office monitor. I felt the monitor is more than adequate in all the departments and for someone who is not very finicky about features, this certainly is a sensible buy.

Installation was a breeze, simply connect the monitor’s video signal cable to the back of the computer (the output of your VGA card) and plug in the power cable to the receptacle. Once switched on the operating system picks up the monitor and requests the driver, you just need to pop the CD into your drive and follow the instructions on the screen. Upon installation of the driver and after the "Auto Adjustment" button has been pressed, the monitor is available for immediate use. It is a good idea to go through the manual at least once so that you know what features your monitor has and what its limitations are. This way you will always be using the product correctly. The glossary of terms associated with this type of monitor is included in the manual, which should prove very helpful for first time LCD buyers/users.

According to the manual, the screen has been coated with an anti-glare polarizer that I found to be extremely effective in eliminating the reflections. My computer setup is such that I have a light source just above the monitor and one just across. I always used the one above the monitor when working, as my previous monitor had an anti-glare coating but was not as effective in elimination of the reflection from the 2nd light and I always had to turn it off while working/watching a video on the monitor. This monitor is excellent in this respect as I was able to watch the video even with the light on across the room. I moved sideways and aligned myself in a way, to get the reflection of the light source on the centre of the screen, but, was pleasantly surprised that colours on the screen were not being affected at all. I could see the image very clearly without the colours being washed out in the process.

My IBM T41 laptop cannot resolve the shade of red properly, it's more like reddish brown than what it is suppose to be showing. I did this comparison on two televisions at home one being the ‘Pixel Plus’ from Philips and another one a ‘Matchline’ model also from Philips, the third was my existing monitor Samsung 700IFT. All had showed the same shade of red. I am basically referring to the video of Cranberries on their DVD : "Stars - The best of videos 1991-2002" and the song was "Just my imagination" where the star is shown wearing the red leather jacket.

Anyway, I popped The DVD into the drive and checked the colour of the jacket, which was really the colour it was supposed to be, just to reconfirm, I was not going colour blind, I reconfirmed it from my son who nodded the colour was as it should be. The colours however appear to be washed out when it comes to the laptop screen and it is not comparable to either of the two others. The Pixel Plus television and the Philips LCD are very close to each other in reproducing colours, albeit the Television has an edge in my opinion as far as overall picture quality is concerned. The images from all three screens can be seen: 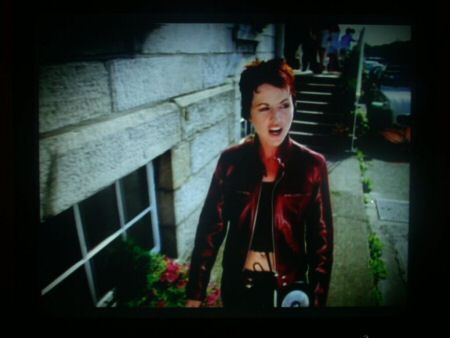 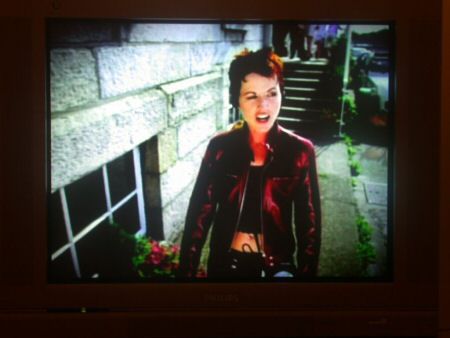 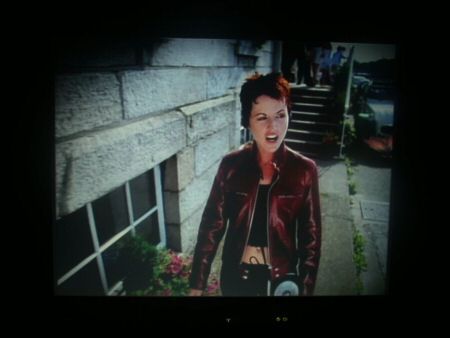 IBM T41​
As usual, the text on this LCD was crisp and much better than the CRT, the screen actually looked slightly bigger due to the fact that the viewable area was not 16" but full 17" on the LCD. With a 17" desktop at 1280x1024, I thought I was looking through a wide-angle lens. The LCD really benefits from the “Clear Type” text facility provided in Windows XP. “Clear Type” should always be invoked from the Windows XP’s display settings as it is especially meant for LCD screens to improve the legibility of the fonts.

I use the Philips 150P3 in the office, which is a pro model and has a pivot facility (can be set vertically for better viewing of the word documents). The monitor’s native resolution is 1024 x 768, which really benefits from this feature; however, the Philips 170S5FB does not have a pivot feature. I personally feel that with the higher resolution and larger size of the screen, this feature was not missed by me; I can still read the entire A4 size document on the screen without squinting my eyes (although I do need my reading glasses whenever working on any monitor).