The human eye has a remarkable ability to adjust to different light conditions. Not only do our eyes have built-in auto-focus system and auto-exposure capability, but we also have automatic colour balance built into our brains. A white object will appear white to us whether viewed in sunlight or under overcast skies, or indoors under incandescent or fluorescent lighting that is because the human brain has the capability to compensate for such changes in perceived colour. A very efficient system indeed!

The digital camera’s image sensor has the daunting task of emulating the human brain and therefore has to adjust colour so that the white appears white in all kinds of lighting conditions, be it fluorescent or tungsten indoors, on a cloudy day or in bright sunshine. Therefore ultimately it all boils down to “Colour Temperature” or what is generally known as “White Balance” in digital camera terminology. 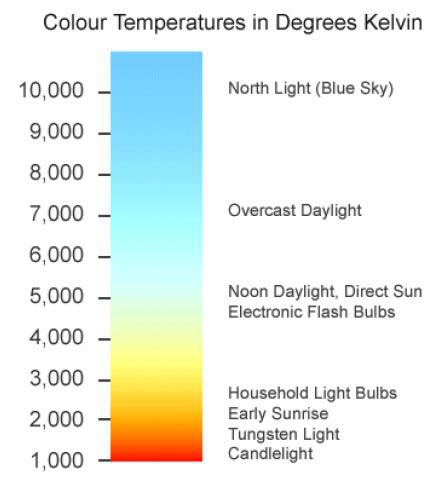 Before we try to go into the finer details of how to set correct white balance we need to know what colour temperature of different light sources really are.

If you are familiar with the film cameras, they used “Daylight” balanced films and “Tungsten” balanced films to compensate for the difference in lighting conditions indoors and outdoors. Besides the type of film, there were filters for the same purpose also which photographers used to achieve the correct colour balance. However, in digital cameras there is no film and the setting for achieving the correct colours can be set using white balance control by the users themselves.

On most digital cameras the user will find the white balance setting defaults to “Auto” mode. This setting works in most situations but is not very accurate. To achieve greater accuracy one needs to go into the menu mode and set appropriate preset white balance setting which could be “sunny”, “cloudy”, “flash”, “incandescent”, “fluorescent” etc. Some cameras have even greater control in the sense that the provided presets can be greater in number and may cater to something like “beach”, “snow”, “night scene” etc etc. It is always a good idea to use the specific preset as these settings will achieve better colour accuracy than by just using “Auto”. In my opinion “Auto” really means “Average”, come to think of it, that is what it really is. Why settle for average, when your camera has the required controls, use it to your advantage!

Setting the white balance incorrectly not only will make the white appear bluish or reddish (depending on the setting) but will make all the other colours in the image to be rendered incorrectly as well. For example, if you set the white balance to “sunny” and take the photo indoors in “incandescent” light the picture will have predominantly reddish cast overall, on the other hand if the white balance is set to “incandescent” and the picture is taken outdoors, it will have a predominantly bluish cast overall. These two settings are fairly common on most digital cameras and one can experiment with this for better understanding of how the system works. The pictures in this article will give a good idea of what it means by reddish and bluish when incorrect white balance is set.

Automatic/preset modes work on a digital camera in most situations but there are times when the automatic mode becomes a liability, especially in tricky light situations. This is where the user input becomes a necessity and ‘White Balance’ is needed to be precisely set to achieve the desired, acceptable or correct results. Custom or user defined white balance is extremely useful when lighting conditions are confusing and you need the most accurate colour. With custom white-balance control, you point the camera at something white and tell the camera to adjust itself accordingly, which will make the white a pure white, without color cast. You can also use 18% grey card like in olden days when using film cameras. Even a white T-shirt your subject is wearing can be used to set the white balance. The Custom White Balance can be effectively used both indoors and outdoors to achieve correct colour balance.

Here are a few examples of different White Balance settings in different light conditions. A box of 12 coloured pencils was used so that majority of the colours can be squeezed into a single shot thus giving an idea of how the correction has an effect on different colours of the pencils:

Following three pictures entitled “Photo A, B and C” were taken indoors, the room being lit by 2 x 100 watt bulbs. The first picture (Photo A) was taken with White Balance set to “Auto” mode, the second (Photo B) using preset mode “Incandescent” and the third (Photo C) was taken after manually measuring the white balance. If you notice the first picture has a reddish cast, the second much better but still has the cast, the third being correct in terms of colour. 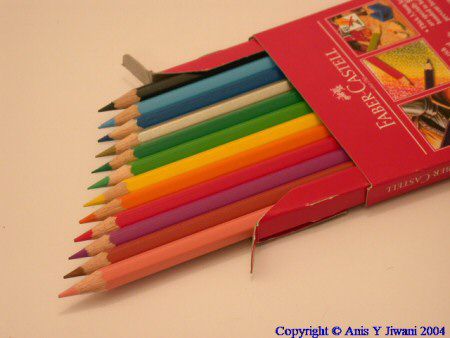 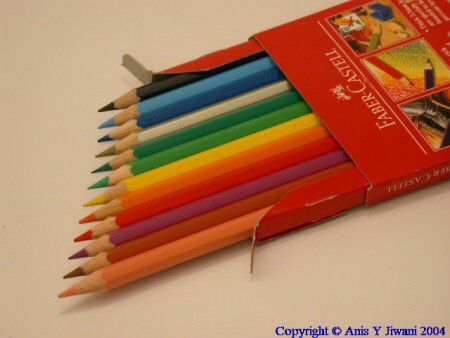 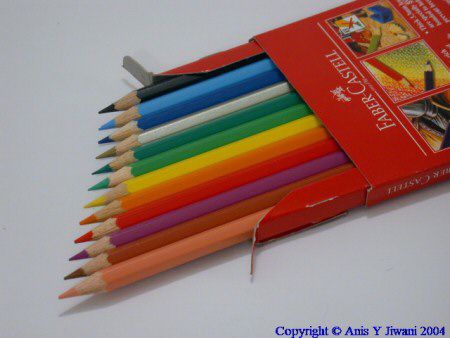 Photo C​
Following is the second series of three photos entitled “Photo D, E and F” taken by the window with daylight coming in. The first picture (Photo D) was taken with the White Balance setting on “Auto”, the second (Photo E) with the setting on “Incandescent” and the third (Photo F) by manually measuring the White Balance. Here, the “Auto” mode works very well and is comparable to the one where the White Balance was set manually. In Photo E the white balance is set to incandescent light while the type of light it was shot in was Daylight, the processing algorithm is more sensitive to the red light rather than the blue one. Hence, the resulting image will be bluish. 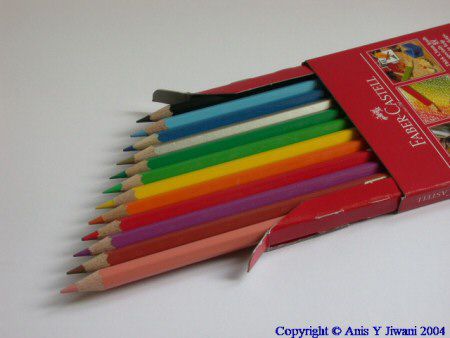 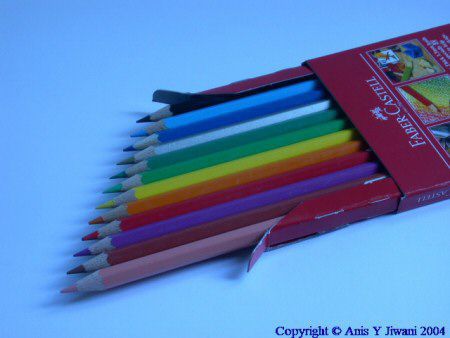 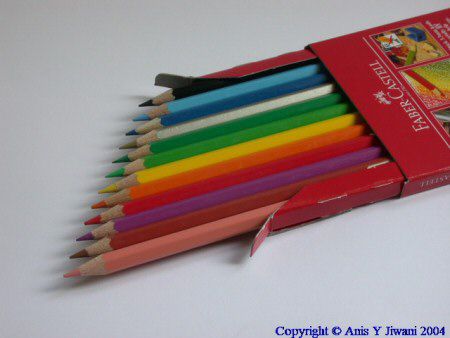 The Computer System - an extension of the digital camera

Anyone using the digital camera knows that photos can be altered or corrected on the computer using photo editing software, but, it is a painful process which is time consuming and at the end you are probably not even sure if it is close to what it is supposed to be.

Your computer is an extension and integral part of your Digital Camera system. You do not only transfer and save the images on your computer but also view, alter and print them. The monitor you use also has the capability of being correctly set up for display of images. Let’s assume you have taken pictures with correct white balance setting and are also well exposed, but, is your monitor showing correct colours?

You can set up your monitor based on the guidelines in the manual of the monitor for imaging purpose but allow me to give you an insight into what it is all about.

Computer monitors white balance or white point should be set to 6,500K if any photo editing is to be done at all, since the default setting of the monitors is usually 9,300 K. This way no matter where the picture is being displayed it will be correct. Take for instance a monitor which is set at 9,300 K and colours are adjusted on them, the result on a calibrated screen will be that of yellow/reddish cast. Similarly it is also important that you set the colour depth to at least 24 bit or ideally 32 bit because at these settings you see true colours unlike 16 bit which is for general purpose applications.

The resolution of your screen is also important which you must set between 72 and 100 pixels per inch anything lower than 72 will result in less detail and anything over 100 you may be sending more information than your monitor or eyes can resolve. Here is a table which will give you an idea of the resolution based on the size of your monitor.

The new breed of LCD monitors have the setting “sRGB” which is an ideal setting to use if you need to have your digital camera matched for correct colours, for CRT the setting to be used is 6,500 K which also actually corresponds to “sRGB”, meaning both are one and the same. The contrast should be set at highest if possible (without being harsh).

The white balance setting of a camera deals with only the colours that are captured by the digital camera. White balance is critical to a digital camera, being the starting point for all the colours it will record. Whatever the source of light, if the white balance is set correctly, colours of a subject photographed under a particular lighting condition will be reproduced more faithfully. Use your camera correctly, get your colours right, after all you have paid for all those controls on your camera and it’s about time you used them to your own benefit. Happy shooting!