The long-awaited game based on the TV show ‘Rick and Morty’ came to the PlayStation VR this week, and we’ve been taking a look. The game has been available on Steam for almost a year, so has the patience of PSVR gamers been rewarded? Read on to find out… 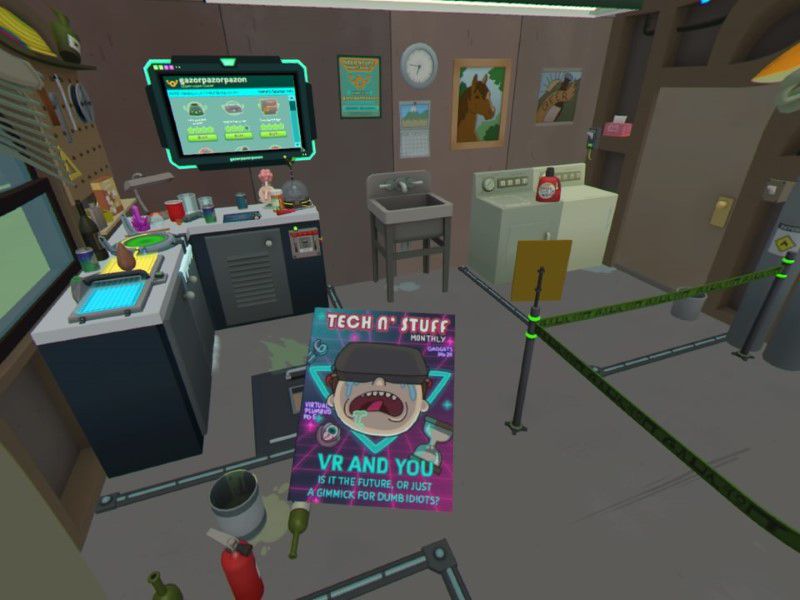 "VR and you: Is it the future or just a gimmick for dumb idiots?"​
Gameplay
Rick and Morty: Virtual Rick-ality comes from the same team that developed Job Simulator (Owlchemy Labs), and the game mechanics are very similar. The premise for the game is simple – Rick has created a clone of Morty (that’s you) to help with his weird experiments and be his general dogsbody. The loading screen is set in the living room of the Smith residence, and at this point there is the option to be a bigger clone. This can be useful for reaching high objects, but overall we preferred being the regular size. As you progress through the game you have more levels available to you at the loading screen, and once the game is complete you also have the option for free-play. 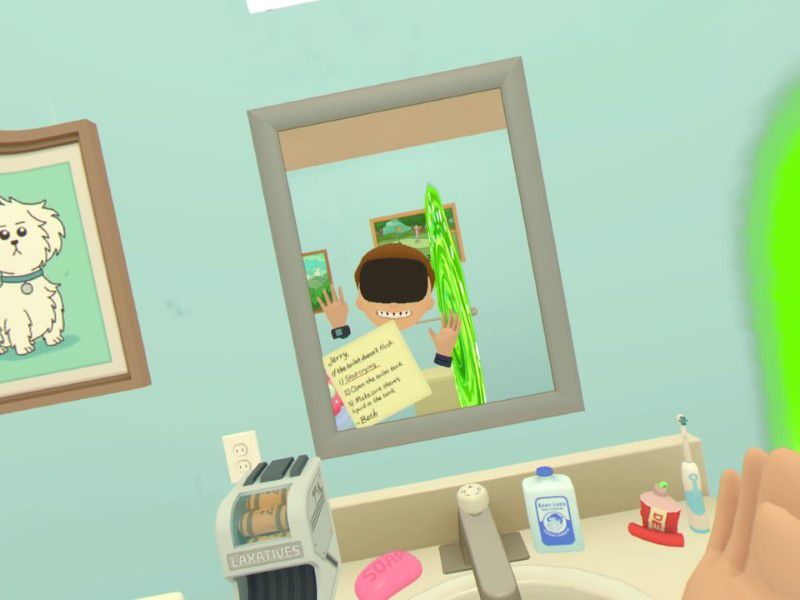 This is you - Clone Morty (and yes, if you eat laxatives, then what you think happens, happens)​
The game itself is set in Rick’s workshop, although other areas open up to you via Portals as the game progresses. Rick gives you simple tasks to begin with – you start off doing his laundry – but it gets more complex the further through you get. Essentially this game is a series of puzzles to solve, and we found the level of difficulty to be just about right. It was a nice challenge without ever feeling impossible. Sometimes the difficulty lies in dexterity, and sometimes it’s a logic puzzle – all of which keeps you on your toes.

You are confined to three locations within Rick’s workshop, so if you need to grab something that is out of reach then you need to use a Mr YOUseeks (they’re like Mr Meeseeks but they mirror what you do instead of being independent). Controlling them accurately can be a little tricky at first, but once you get the hang of it they’re very helpful (and disposable). Talking of which, as a clone, you are disposable to Rick, so be prepared to die often. 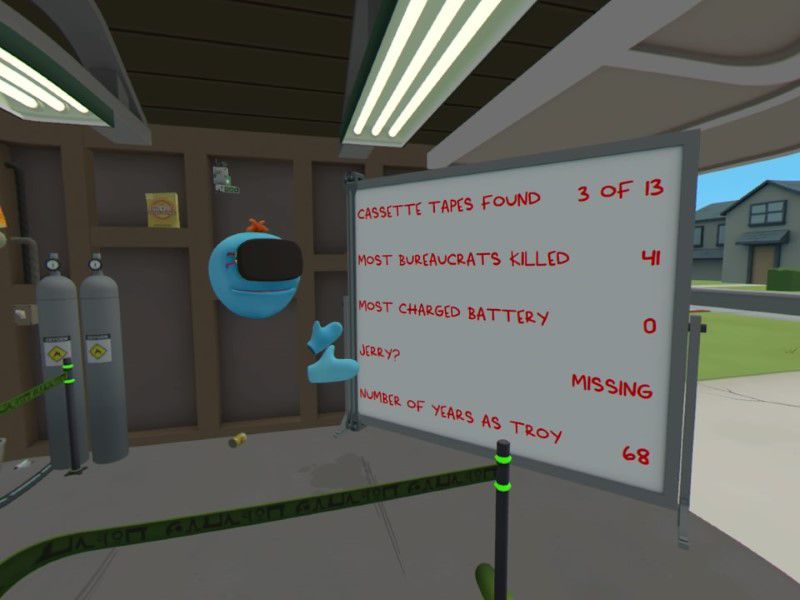 Mr YouSeeks is there to help (and die - repeatedly) 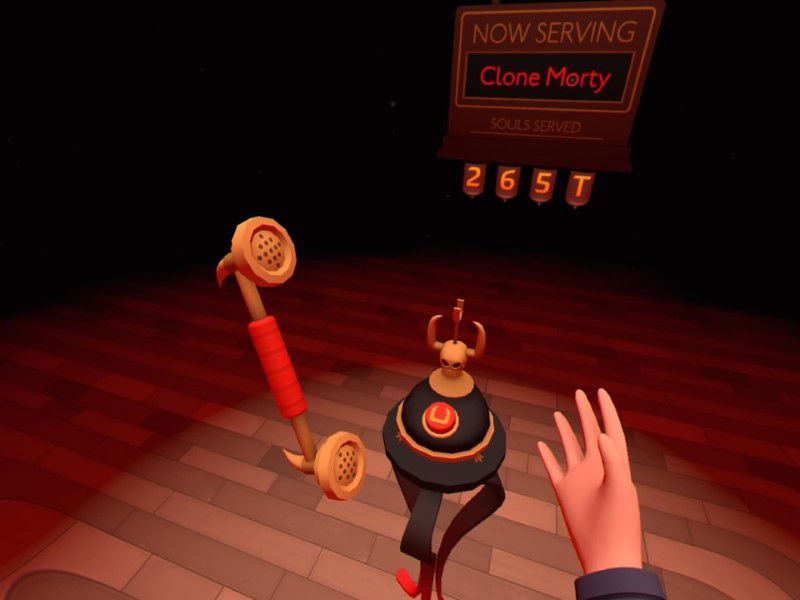 Death takes you to purgatory​
The tasks can be quite complex and require you to figure out a number of things to achieve them. For example, early on in the game you need to order a replacement part using Rick’s PC, but it breaks and you have to fix it. To do this you need three different components, one of which is located on a satellite, but in order to get that you have to find a way to open the hatch, and so on. Before you know it you’re doing all sorts, from mending Rick’s spaceship to shooting aliens with laser guns. 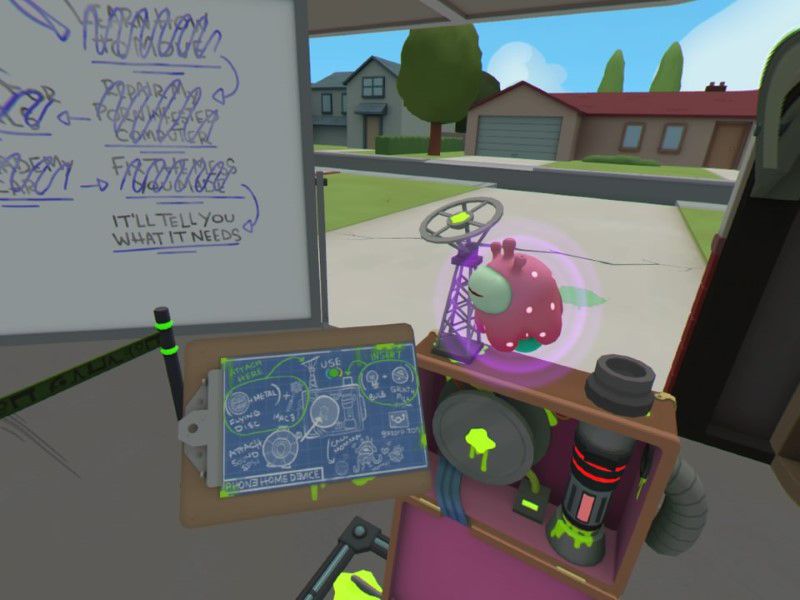 Your little alien buddy helps you fix the... thingy​
There are three mini-games you can play, two of which really test your reaction times and dexterity. Once you have finished the main game, you can access all the minigames in free-play, along with everything else you have already seen. The whiteboard is updated with your various scores and items found (for example, there are 13 cassettes to find). There is clearly a lot of stuff to make and find – on completing the main story we had achieved only 10% completion. However, once you don’t have specific goals to achieve it does feel a little aimless. 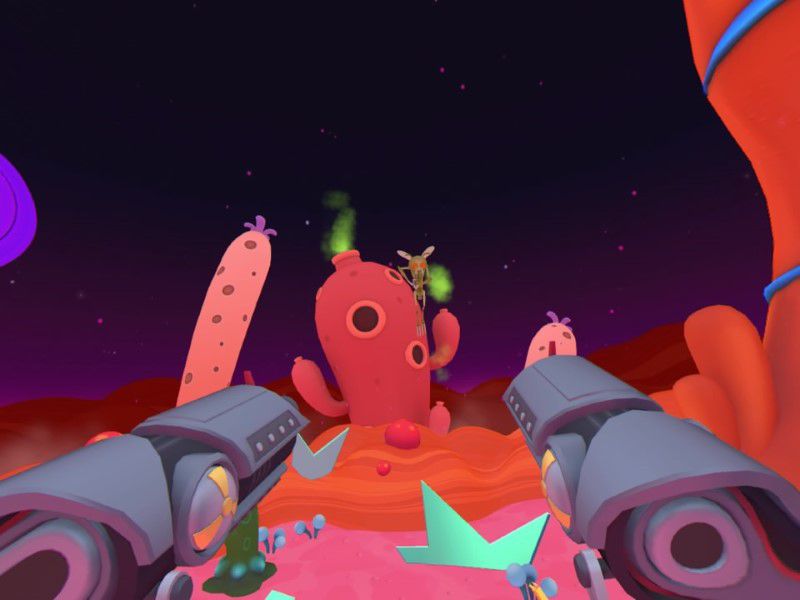 Killing Gromflamites on an alien planet 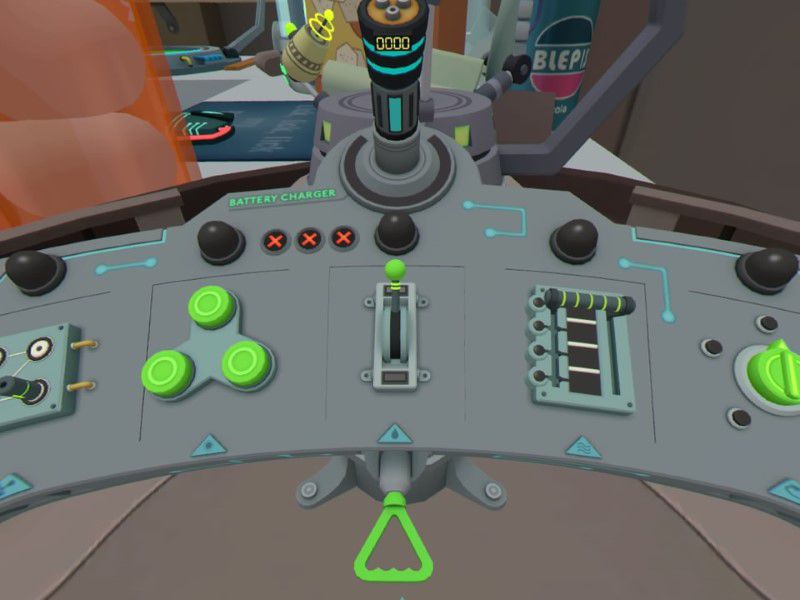 Create your own microverse to charge batteries 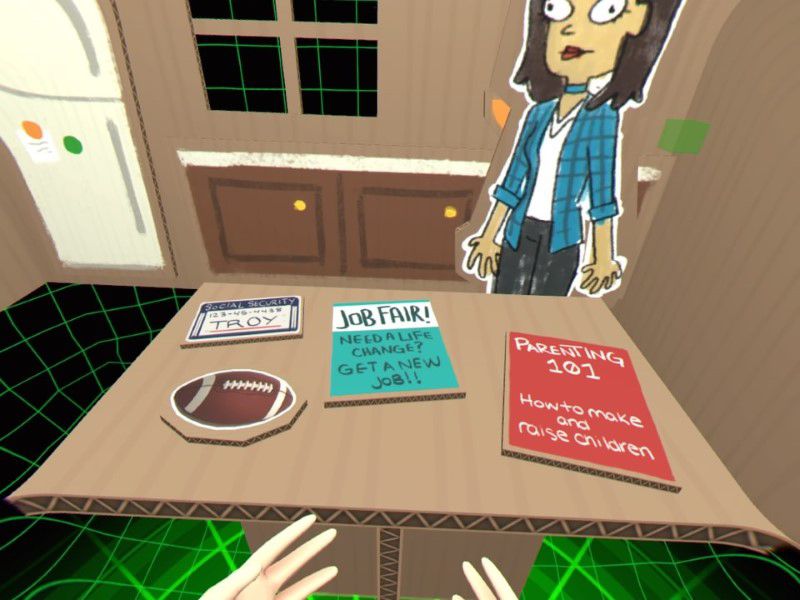 Choose your destiny in the Troy mini-game​

Compatibility with PSVR
One thing is definite – you want to make sure you have a lot of space all around you for this game. You are required to grab objects from low down to up high, so if you are not far enough away from your PlayStation camera then the controllers will go out of range annoyingly often. This was frustrating, but it is a problem inherent to the PSVR – the tracking relies on what the camera can see, so if you turn around or move a controller out of view, then you lose control which breaks the immersion. The developers have made it a little easier to reach objects on the floor; if you reach for them then they float up and hover, making them easier to grab. 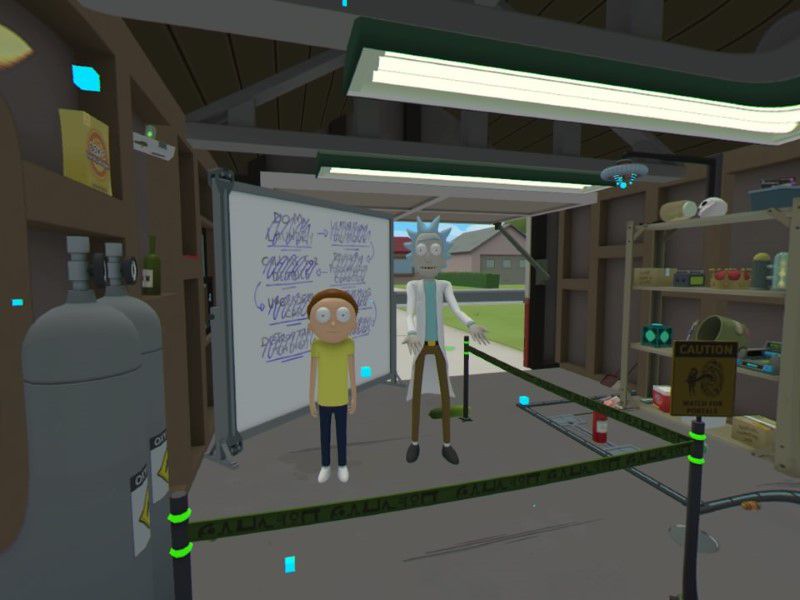 Rick and Morty check up on your progress, but also give instructions via your watch​
Despite these problems, we really enjoyed the diverse range of movements required as it made the game feel more interactive and less linear.

Loading times were a little slow on the PlayStation 4, but once you’re in the game we encountered no problems apart from the aforementioned tracking issues.

Conclusion
As mentioned above, finishing the main story line of the game only takes you to around 10% completion, so there is plenty to do once you’re done being bossed around by Rick. The mini-games are great fun, especially blasting Gromflamites on the alien planet. However for £25 (digital copy – price is closer to £30 for a hard copy) you are not getting a lot of main storyline for your money. The main game can be finished within a couple of hours, but there is plenty to keep you busy afterwards. Unfortunately this seems to be the way with a lot of VR games, but hopefully as the platform sees more investment this will change in time.

It goes without saying that fans of Rick and Morty will love this game. The humour is great, and it doesn’t take itself too seriously. There are lots of Easter eggs to find, and if you enjoyed playing Job Simulator then you should definitely give this game a try. Just maybe wait until the price comes down. 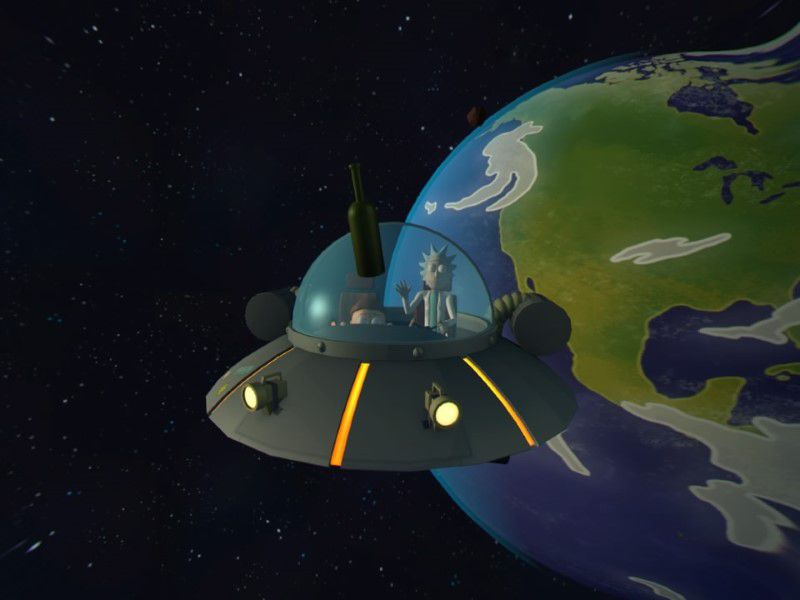 A great game, but loses a point for being poor value for money
Upvote 0 Downvote
Read more…
Top