Unlike console users, PC gamers often have to contend with a keyboard and mouse as the main control mechanism. Logitech introduced the G11 gaming keyboard to redress this balance slightly by offering a keyboard designed for gamers. 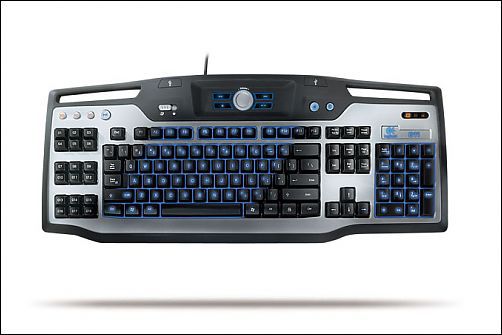 There is a higher-end version of this keyboard called the G15, which is essentially the same but with the addition of an LCD screen that can display basic game status information.

The most striking thing about the keyboard that will appeal to case modders is the blue glow that can be applied to the keys. This can be controlled using a button to emit a strong glow, a mild highlight or turned off completely. It certainly looks great, but it is handy to have the control options so that it can be dimmed during a movie. Most importantly, this feature is powered from the USB port so no extra power back or battery is required.

The top of the keyboard features a media control panel with play/stop/pause/forward/back buttons surrounding a central volume control wheel. This is probably one of the most useful keyboard features as it allows you to adjust the volume control during a game without the need to use the windows volume manager. Should you wish to mute the sound completely a mute button is provided to the right of the button set. 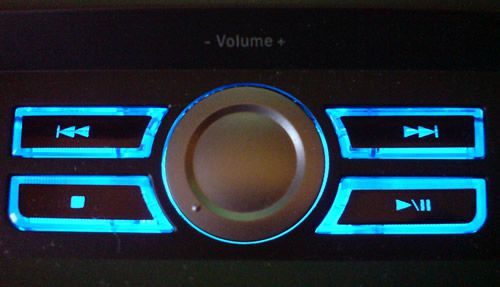 To the left of the media panel there is a switch with an icon of a computer and joystick. This simple key lets you enter a gaming mode which disables special function keys - primarily the windows key. You may wonder why, but try pressing the windows key during a game and you will soon find it exits to the desktop, only to take an age to re-enter the game. 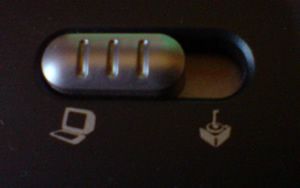 Two USB ports are provided on the top lip of the keyboard which allows you to plug in a USB drive without having to reach for your case. A simple but useful addition that will no doubt be of great use to people with USB ports at the rear of the case.

The left hand side of the keyboard includes 18 extra "G" buttons with three macro mode settings. These can be programmed using the bundled software (or "MR" button) to perform 54 (18x3) macro tasks - depending on the software. For example, if you need to use certain keypresses to perform a move within game you can now pre-set it to the G1 key instead. This is going to be one of the main reasons for buying the keyboard, but do be warned that it takes a few days to adjust to. As the keyboard layout changes you may well find yourself pressing the G16 key instead of CTRL! 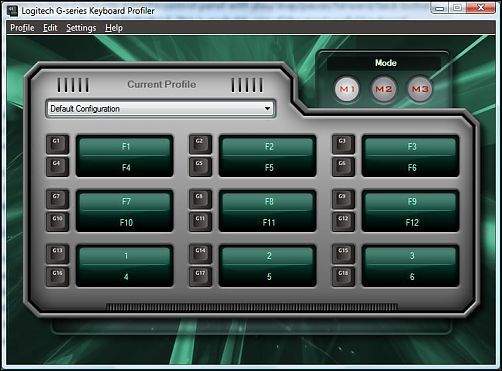 ​
The bundled software lets you pick a different profile for individual applications and then record keypresses for each G key. Thankfully, it also includes an optional feature that records the time delay between keypresses rather than sending all key commands at once. 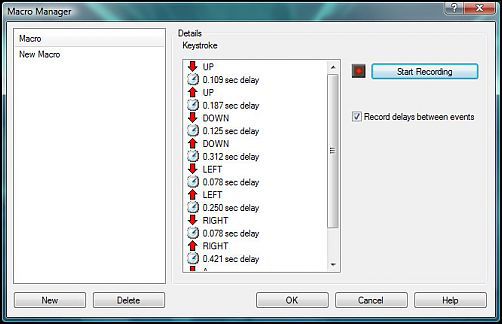 ​
Once you have recorded the desired commands, simply press that G-Key in game and it will perform the macro.

The G11 gaming keyboard is an excellent addition to a gaming PC by enabling macro commands and looking great. It hasn't been optimised to the extend of some gaming keyboards, which means that it is still perfectly suitable to use in office applications.

For the money, it is recommended that users of this keyboard would make use of the macro keys or want a glowing keyboard. It's more expensive than a standard keyboard but for some users it will be worth its weight in gold.