HTC Vive Pro: all you need to know


Two years ago today, the HTC Vive virtual reality (VR) headset launched. It was released just a few days after the debut of the Oculus Rift, and over the past two years these two headsets have begun to change the landscape of gaming. At the time of release, it seemed clear that both headsets came with their own set of quirks – things that weren’t ideal, but generally expected given that this was the first generation of a new technology. However, it would seem that HTC have taken all the feedback onboard, and today they released their latest headset; the HTC Vive Pro.


What do you need to know?
The Vive Pro features a slightly smaller screen than the original Vive headset, but a far higher resolution - 1440 x 1600 pixels per eye, as opposed to the 1080 x 1200 pixels per eye of the Vive. The refresh rate and field of view are the same, but the headset has had a much needed ergonomic and functional redesign. Rather than just being held on your face by elastic with all the weight at the front, the headset has taken a step in the direction of the PlayStation VR by more evenly distributing the weight. 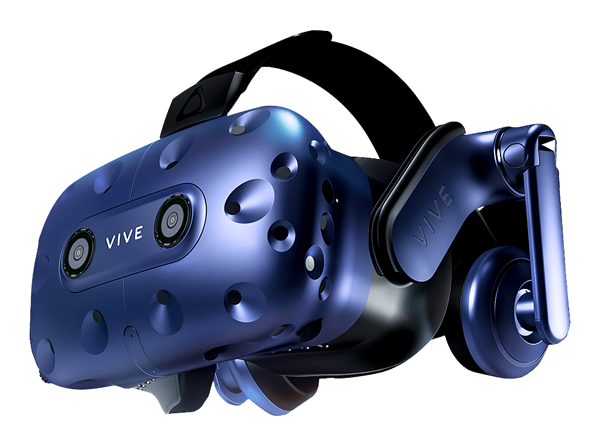 The new Vive Pro headset (image courtesy of HTC)​
They have also changed how the headset fits against your face, meaning that it now blocks out more light than the original Vive. Finally, the Vive Pro features removable built-in headphones, so you don’t need to worry about fitting your own headphones over the headset (with yet more cables).

Talking of cables, the Vive Pro can also be used wirelessly… if you purchase the upcoming separate adapter. However, there currently is no news about how much it will cost or when it will be available.

All in all, HTC say these changes make for a more realistic and more immersive VR experience.


How much does the Vive Pro cost?
These improvements come at a price, and the Vive Pro retails for £799, and that’s just the headset (and link box). The Vive accessories are compatible with the Vive Pro, so if you’ve already got the old headset all you need to get is the new one. However, if you don’t have the accessories then you’ll need to buy the accessories kit (two controllers and two base stations), which is currently available for £249 (original price £480).

By way of comparison, if you buy the original Vive it comes with everything you need and currently costs just £499. 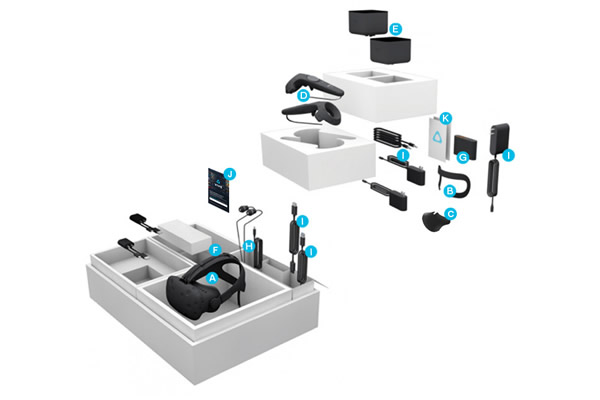 The original Vive comes with all the accessories you need (image courtesy of HTC)​
Whilst it is an expensive purchase, it seems clear that HTC have really thought this one through. The changes they have made are all designed to really improve the overall user experience, and by comparison the original Vive seems more like a beta version. That being said, the total cost is very high, and only die-hard Vive fans are likely to want to spend this much money on the new headset. In addition, for the hefty price tag it's a shame they haven't been able to improve the aesthetics.


Will you be tempted to get one? Or will you wait until the price comes down? Let us know your thoughts in the comments.