It turns out we didn't have to wait too long to hear more about the big reveal from Bethesda, as the studio made their announcement at 3pm BST today. The studio will be releasing a new game - Fallout 76. We currently don't know much it, but more information will be revealed at Bethesda's showcase at E3 on Sunday 10th June at 6.30pm PT (2.30am 11th June BST). 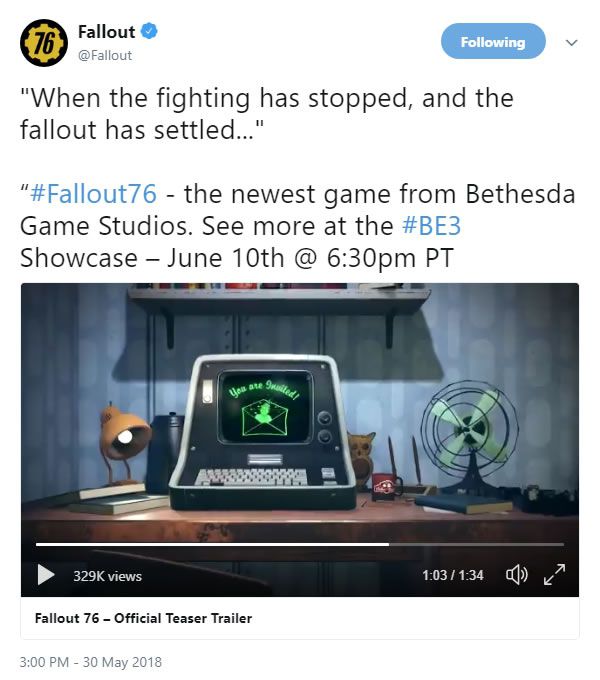 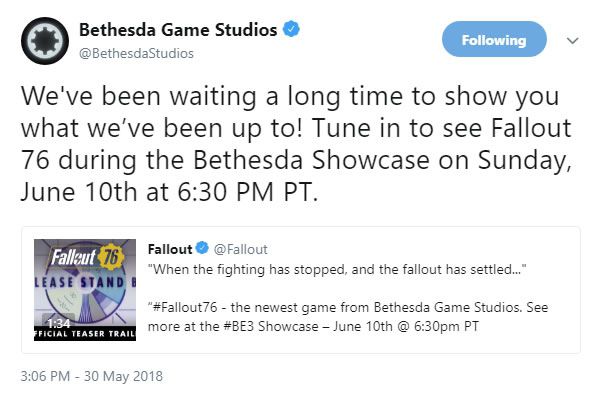 The official Fallout twitter account published a teaser trailer of the new game, which appears to be set inside Vault 76 on 27th October 2102. This date is 25 years after the bombs dropped (October 2077), but nearly 60 years before the first Fallout game is set.


The trailer starts with the 'Please Stand By' logo that we are all too familiar with, before focusing in on a Pip-Boy featuring the date '27 Oct 2102'. 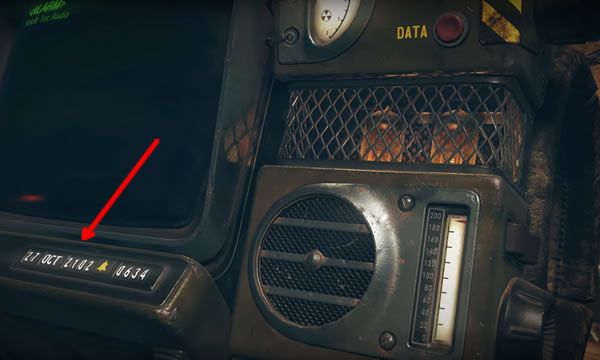 As 'Take Me Home, Country Roads' by John Denver plays (could the game be set in West Virginia?), the camera pans out across a vault bedroom strewn with objects seen in previous games, and we also see a poster on the wall celebrating the US tricentennial. 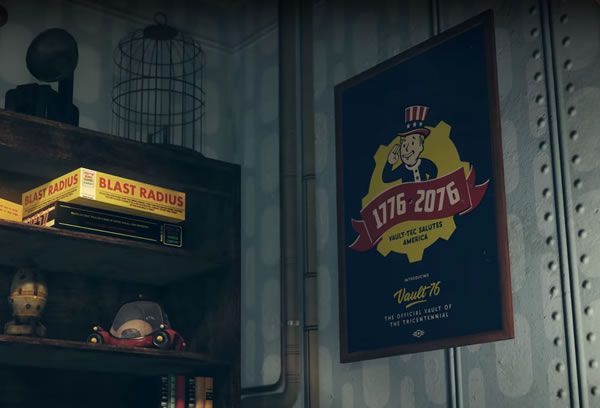 The next clip is of a TV screen, where a figure is saying "When the fighting has stopped, and the fallout has settled, you must rebuild" at some kind of (pre war?) event. In the room we also see a trophy cabinet which features awards ranging from 'Outstanding Achievement Award' to 'Best Looking Hair' and also a first place prize for a Halloween costume contest. It all paints a rosy picture of life in Vault 76. 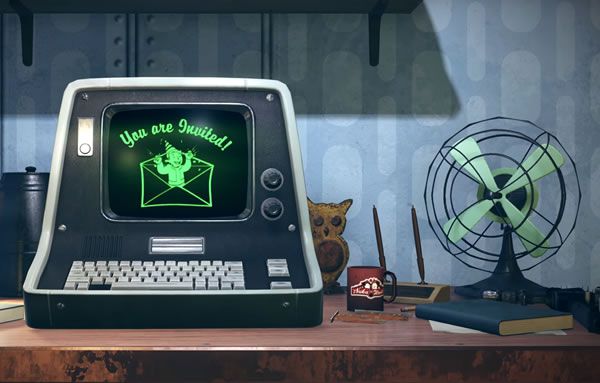 An invite comes through on the terminal - what could it be for?​
After a look around the living accommodation we are taken through to a view of the rest of the vault, where there is evidence of a recent party. The banner on the wall reads 'Celebrate Reclamation Day', indicating that the rebuilding work may be about to start. 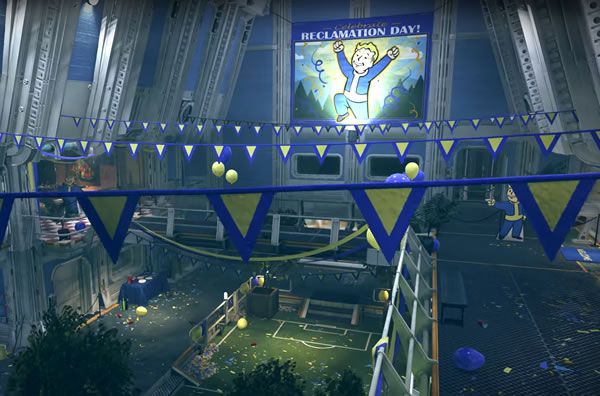 We then see a vault dweller, clad in their blue Vault 76 jumpsuit, strapping on the Pip-Boy, while a voice says "Vault 76, our future begins". Cue the Fallout 76 game logo.

Vault 76 has been referenced in previous Fallout games as one of 17 'control' vaults, housing 500 occupants, against which the performance of experimental vaults was compared. It was designed to be reopened two decades after the bombs fell, which ties in nicely with the date featured in the teaser trailer. We don't know what happened to Vault 76, so it will be interesting to learn more about it in this game.

That's all we know so far, although Kotaku have said that "we hear it’s an online game of some sort". Intriguing.