The game studio behind the Fallout series, Bethesda, published a brief tweet today asking people to 'please stand by'. Speculation is rife about what it could mean, with theories ranging from the remastering of an existing Fallout game to even Fallout 5. 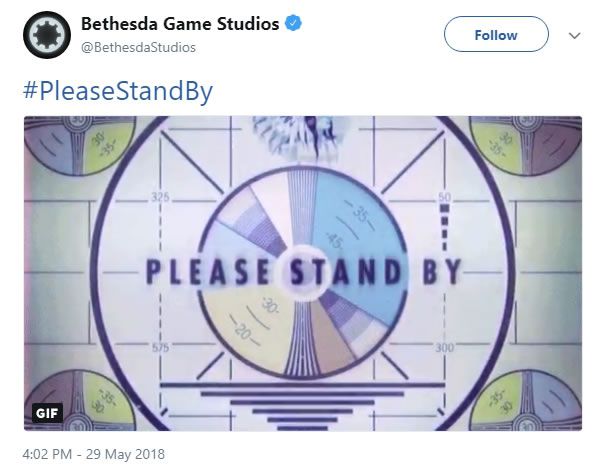 Image source: Twitter​
The most recent game in the Fallout series, Fallout 4, was released in 2015 - seven years after it's predecessor, Fallout 3 (Fallout: New Vegas was also released in 2010, although this was developed by a different studio). Therefore if the next game in the series follows a similar pattern it seems unlikely that we will see a brand new game, although fans are optimistic.

There is no clue from Bethesda just how long we need to wait to find out more. E3 kicks off on 12th June, which is exactly two-weeks' time, so perhaps Bethesda will reveal more then, if not before. Watch this space.
Reactions: Ian