The Consumer Electronic Show (CES) 2019 is currently underway in Las Vegas at the moment, where tech companies show off their latest gadgets and gizmos. We've been taking a look at the latest news from the event.

Apple
Apple is usually absent from the event, and whilst they did not make a presentation they were visible in a couple of other ways. The first was was in the form of a giant advertisement throwing shade on companies accused of privacy violations, as you can see in the photo below. 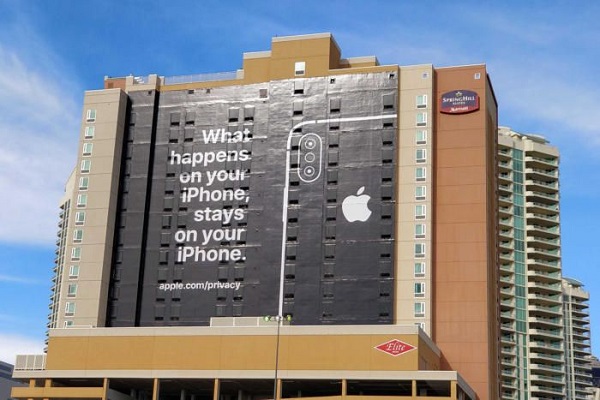 The sign reads "What happens on your iPhone, stays on your iPhone."
Source: Twitter​
Secondly there was a surprise announcement that from Spring 2019 Samsung would be offering iTunes Movies and TV Shows and Apple AirPlay 2 support on 2019 Samsung Smart TV models. The apps will also be available on 2018 model TVs following a firmware update.

Samsung Modular Micro LED screens
In more news from Samsung, they unveiled their new 'Modular Micro LED Technology' which uses microscopic inorganic LEDs and is comprised of modular panels. The panels have no border, and so can be connected together seamlessly to create the desired screen size. According to their press release, the technology delivers "unmatched picture quality that surpasses any display technology currently available on the market". 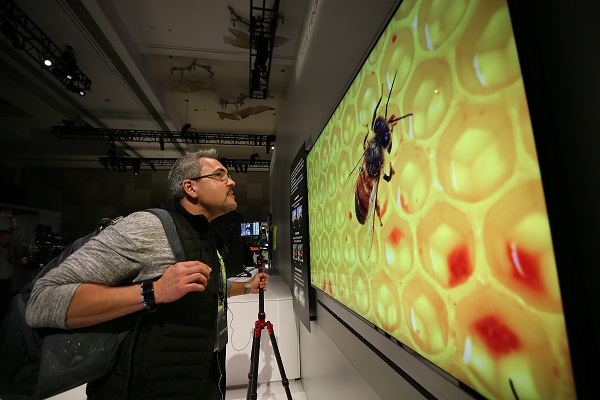 Source: Samsung​
"For decades, Samsung has lead the way in next-generation display innovation," said Jonghee Han, President of Visual Display Business at Samsung Electronics. "Our Micro LED technology is at the forefront of the next screen revolution with intelligent, customizable displays that excel in every performance category. Samsung Micro LED has no boundaries, only endless possibilities."

Samsung is presumably hoping that their new products will help counteract the disappointing profits reported for Q4 2018, which were 18% lower than originally estimated.

LG's roll-up TV
While we're still on the subject of screens, LG had an impressive offering in the form of a roll-up TV screen; the LG Signature OLED TV R. The thin OLED screen rolls up and disappears inside the housing unit at its base, which also doubles as a sound bar. The technology was previously debuted as a prototype at CES 2018, but it seems that the product is now almost ready for commercial release, with sales expecting to commence in the Spring of 2019.

There are currently no details about the price, but don't expect it to be cheap...

Walking cars...
Last but not least, Hyundai have unveiled a new concept car which walks. The car is designed to reach areas that conventional wheeled vehicles cannot access, with a view to being used by emergency services. Check out the video below: