Computers have come a long way since the days of beige boxes - its now usual to have case windows, plenty of lights and lots of bling! Of course this doesn't appeal to everyone, but AC Ryan have released a few UV items that give case modding a bit more of an edge. Vadim computers supplied both sets of components for testing in this review. 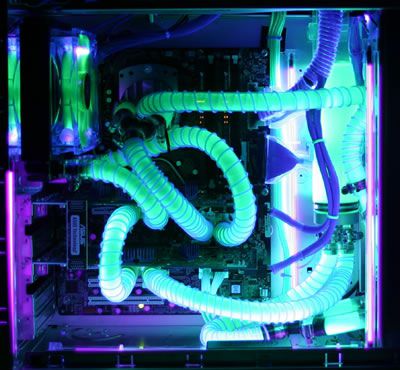 Fans and UV CCFL (plus other UV items)​

The UV Cold Cathode Tube is great for illuminating UV items such as rounded cables and painted items, whereas the Blackfire 4 UV LED fans glow under their own UV LEDS built into the housing. The fans come in plenty of different colours, and are available in the common 80 / 92 / 120mm sizes.

The 3 to 4 pin Molex converter is a very welcome addition for the fans, as this enables users to use the onboard headers where available or have the fans running at 100% all the time from a standard PSU connector.

These fans are noisier than usual, which may put some people off, however if you are using a speed/temperature controller they are much more reasonable at 60% speed. Airflow and cooling ability seemed directly comparable to generic fans which were present in the case before testing, as the temperature remained almost constant throughout. 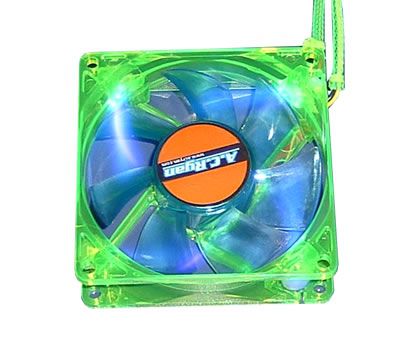 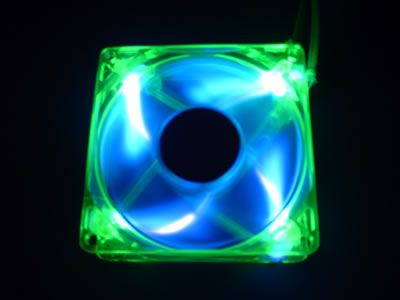 The following photos show the fans in the dark where their glow is most apparent. Quality is evident when the cables are wrapped in UV mesh that also emminates an attractive glow, little perks like this give these fans a little advantage over other products.

The Cold Cathode Tube kit was interesting, as some similar products seem to be plagued by high-pitched noises from the inverter and slow warmup times. Thankfully, neither of these effects was visible in this kit and was surprisingly silent. This CCFL set came with 2 x 30cm UV tubes which were very bright (certainly better than most I've seen), this allows you to place them either side of your case to light up many UV items. In the image below, the fan mesh and housing is lit up from the UV CCFL's alone. 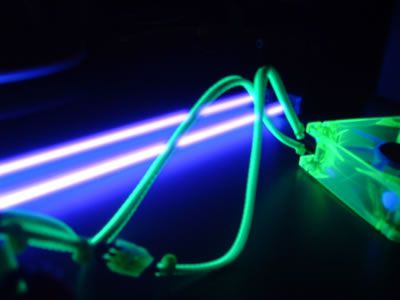 Dual CCFL + UV Fan (not powered)
​
AC Ryan include a blanking plate with an on/off switch to manually toggle the CCFL lights if you only wish to use them certain times. Although this isn't a big deal, it is a welcome addition to those who would have constructed one anyway.

There isn't an awful lot of benchmarking you can do when it comes to peripherals like this, however this bit of kit does exactly what it says on the packaging and looks great. Overall build quality is much better than some competing products, as all of the connections are shielded and the cold cathode is completely silent. For a little bit extra in cost you can get some better quality modding gear, however be sure to use a fan speed controller if you don't already have one. These fans aren't deafening, but aren't of the silent type that are now on the market.