YouTube has now launched their own music streaming service called 'YouTube Music' with the hope that it will rival Spotify and Apple Music. The service will replace Google Play Music, which is due to be phased out.

In addition to the usual tracks and albums you expect to find, YouTube Music will allow listeners to access unique covers from unsigned artists, live performances, as well as music videos. YouTube are clearly hoping that this unique feature will set them apart in the market in a way that Google Play Music was unable to do. After all, YouTube is how many artists achieved fame - Justin Beiber being an obvious example. 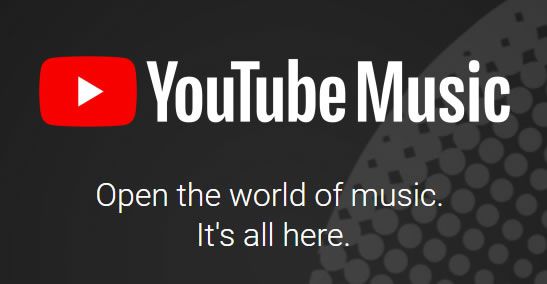 Like Spotify, there is a free version and a paid-for version. YouTube Music is free, but if you don't want adverts, want the ability to download songs and videos, or want to be able to listen to music while you use other apps, then you need YouTube Music Premium which costs £9.99 per month (the same as Spotify).

Alternatively they also offer a service called YouTube Premium (previously known as YouTube Red) for £11.99 per month which gives all the benefits of YouTube Music Premium, but in addition subscribers can watch all YouTube videos without adverts (plus a range of other benefits - see below).

Both subscriptions have a three month free trial.

Last month Spotify announced they had reached 75 million subscribers, so YouTube Music certainly has a steep climb ahead.