Young gamblers: Is it as bad as the headline suggest?


The Gambling Commission has published a study looking at 'Young People and Gambling', which has received attention in the media today. Many of the headlines state things like "Video game loot boxes blamed for rise in young problem gamblers" and "Child gambling rockets in UK". However if you read the study, the picture is actually quite different. Let's take a look.

One of the most referenced statistics is that the number of 'problem gamblers' aged 11-16 has risen from 0.4% in 2016 to 1.7% in 2018, which is more than a quadruple increase. In addition, the number of young gamblers classed as 'at risk' has also increased, but by a lesser degree (it is currently 2.2% according to the study). Scaled up according to population size, you get the estimate of over 50,000 young problem gamblers. 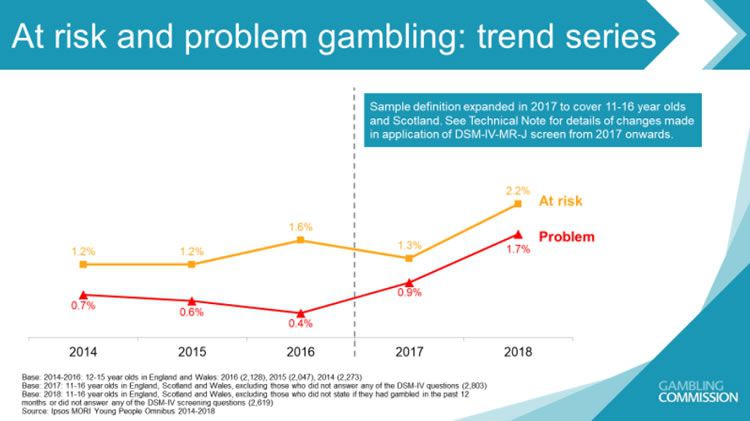 But is this accurate?

According to the study, "the pre-2017 trend data should be viewed with caution as the sample definition used from 2017 (11-16 year olds in England, Scotland and Wales) is not directly comparable with the sample definition used for the problem gambling analysis in 2014-2016 (12-15 year olds in England and Wales)." and "the differences can largely be attributed to a larger number of respondents qualifying for the screening questions than in previous years, due to the addition of a question which enabled us to identify past 12 month gamblers more accurately than before."

In short, the report caveats against relying heavily on these figures as they may not accurately represent the trend. Loot boxes were briefly examined in the study, but the only questions asked were whether the respondent had heard of collectable in-game items (54% said yes) and whether they have ever used them (31% had). No causal links were established or even suggested between the number of problem gamblers and the popularity of loot boxes.

The report highlights downward trends in the number of young people who have gambled in the past seven days, although 2018 showed a slight increase compared with 2017. Despite that, the overall trend is still downward, as you can see from the following graph. 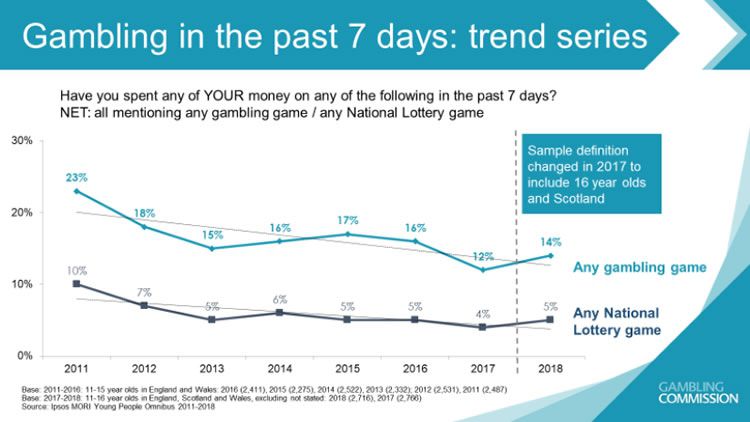 Far from being seduced into gambling by loot boxes, the report reveals that fruit / slot machines are actually the most common first gambling activity (24%), followed by private bets (15%) and bingo (13%). Furthermore, when children play on fruit / slot machines, over 60% reported being there with their parents or guardians.

We are not suggesting that loot boxes are not a problem. Countries such as Belgium have recently taken the step of banning loot boxes due to concerns about the impact on young gamers, and these concerns are valid. However, the wider issue of young problem gamblers is a complex problem that has its roots in a broad range of activities. Banning loot boxes will not solve it.