Fake news has become widespread, and a large part of the reason for that is that users are unwittingly distributing it through social media. Facebook and WhatsApp (which, as you may know, is owned by Facebook) have faced criticism over how they have allowed this to happen, with many suggesting that the tech giant could do more to prevent the continued propagation.

In India, fake news has lead to a number of lynchings of suspected child kidnappers, many of whom have been targeted following fake news distributed through WhatsApp. The Indian government has strongly condemned the events, and after urging WhatsApp to take some action the company has complied. 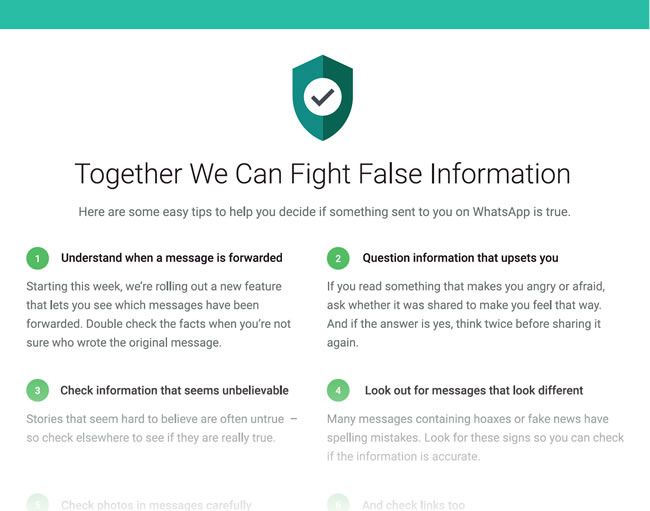 Part of the full-page advert from WhatsApp - for the full document see the attachment at the bottom of the page​
WhatsApp published a full page advert in a number of Indian newspapers this week stating that "Together we can fight false information", together with a list of tips to help people spot fake news. 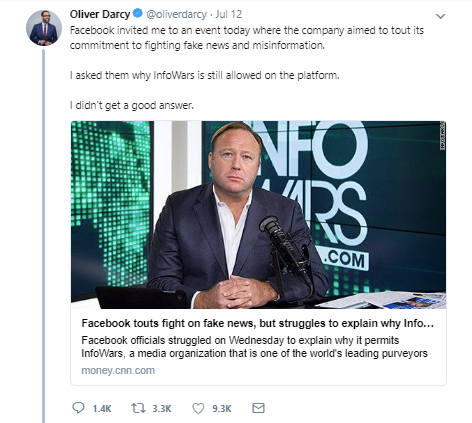 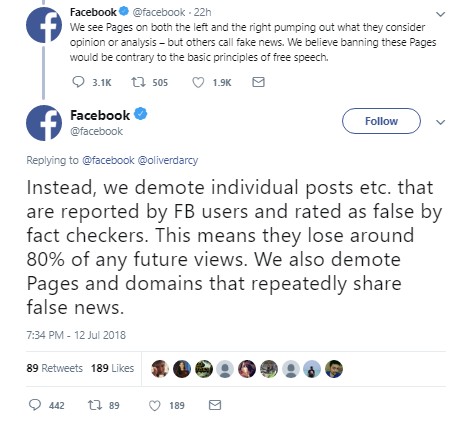 Source: Twitter​
Whilst they say that "banning these Pages would be contrary to the basic principles of free speech" they do seem to accept that promoting news stories deemed to be false would be wrong. Instead, they say, they will demote individual posts deemed to be false, and repeat offenders will also be demoted, meaning that they will lose around 80% of their traffic.

Whilst it would be convenient if social media would block fake news, the reality is that it is up to the users to use their judgement, and to educate those who lack it.